After a break, due to the pandemic and the inability to travel, a group of students from Europe could finally spend time in India with Vishwaguruji. Their happiness to be able to visit the holy places again, the ashrams of Sri Alakhpuriji Siddha Peeth Parampara, was indescribable.

Days spent with Gurudev Paramhans Sri Swami Maheshwaranandaji, days in the ashram that begin and end with prayers, satsangs, karma yoga and long walks, the prana and aura of holy places cannot be compared to anything and completely transforms and heals body, mind and soul. 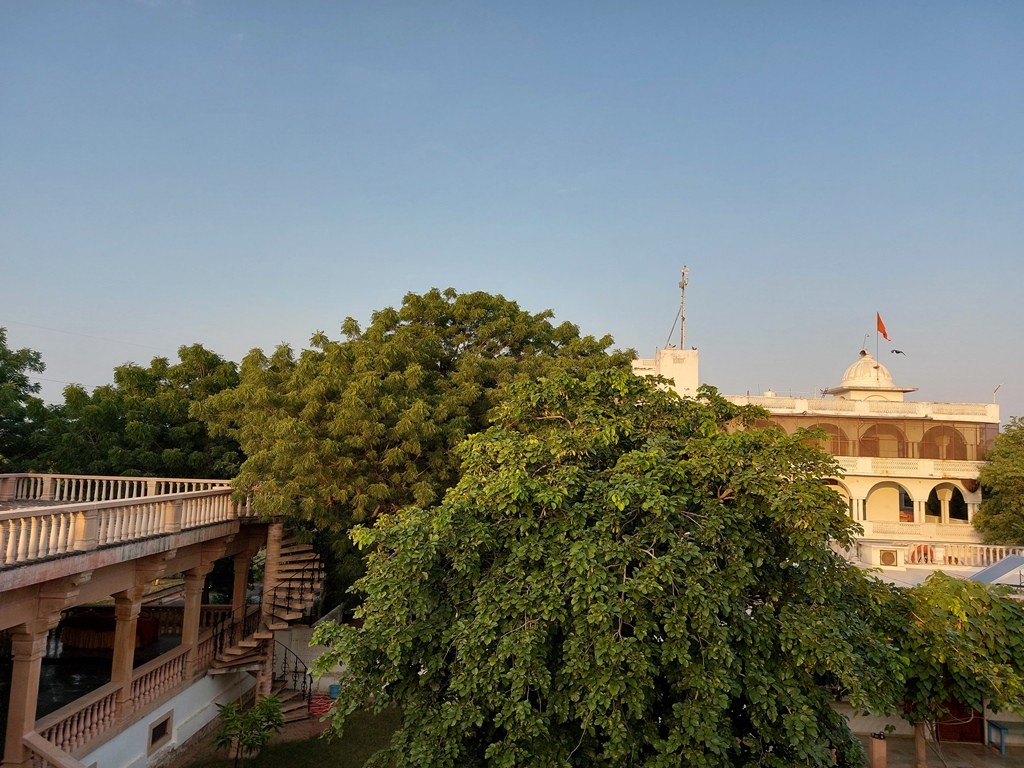 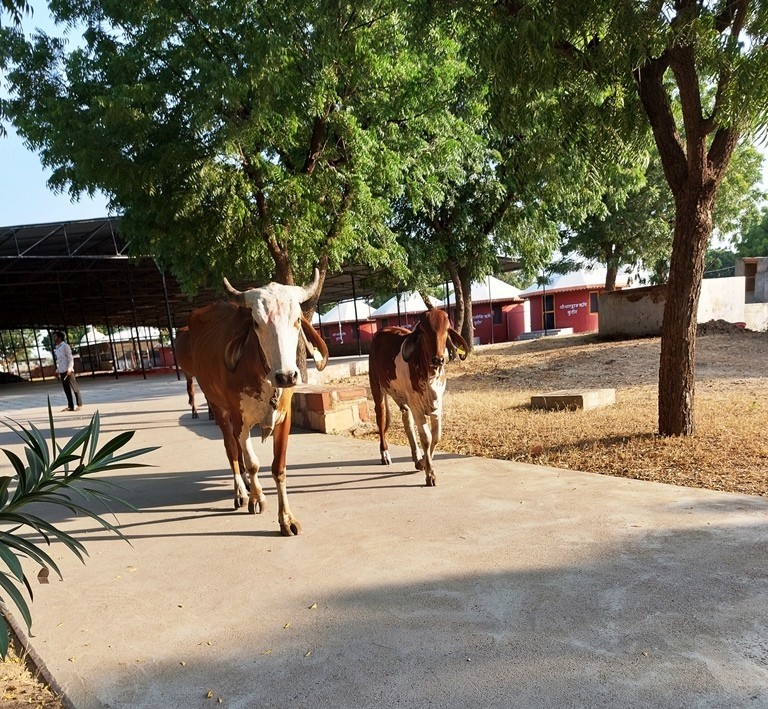 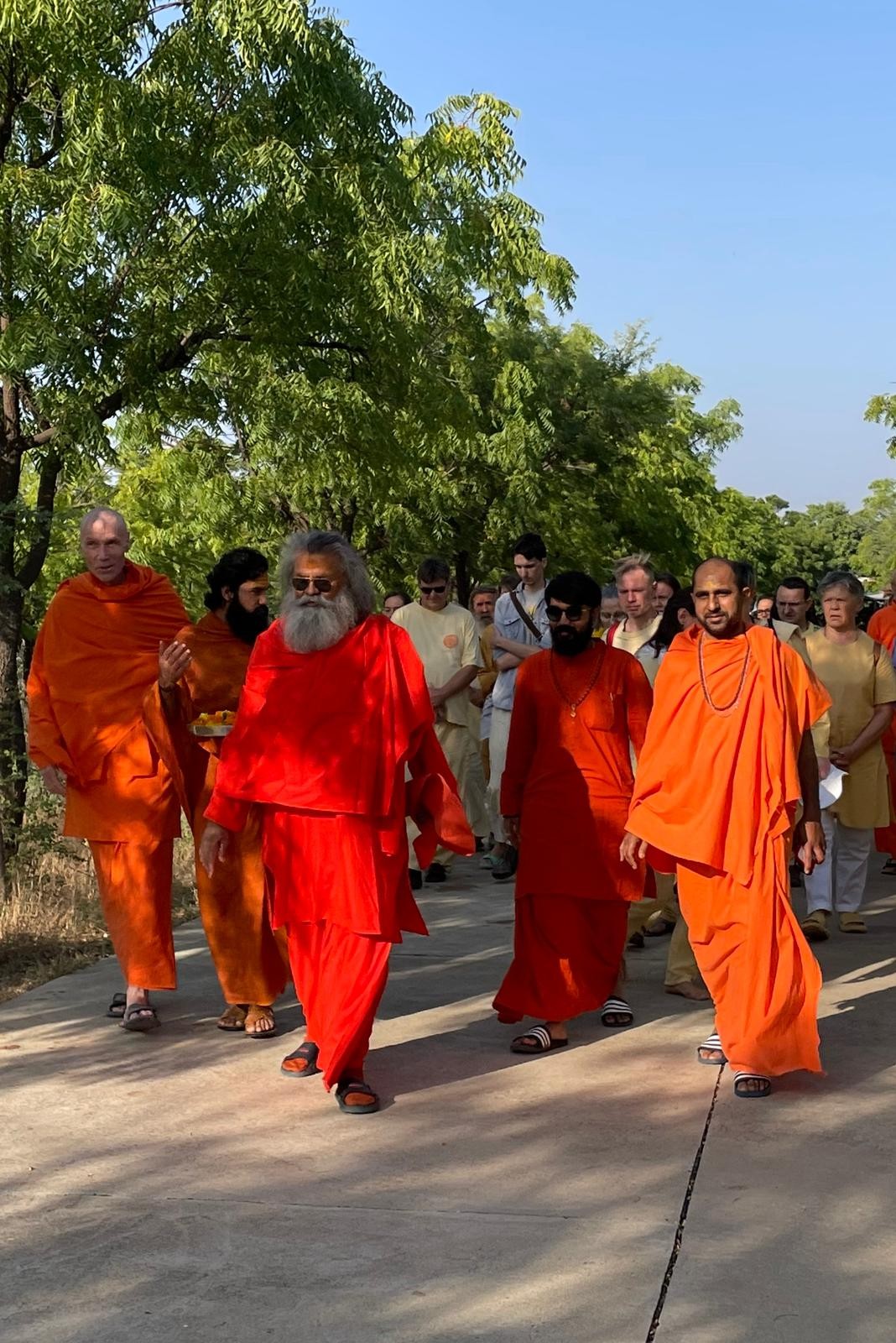 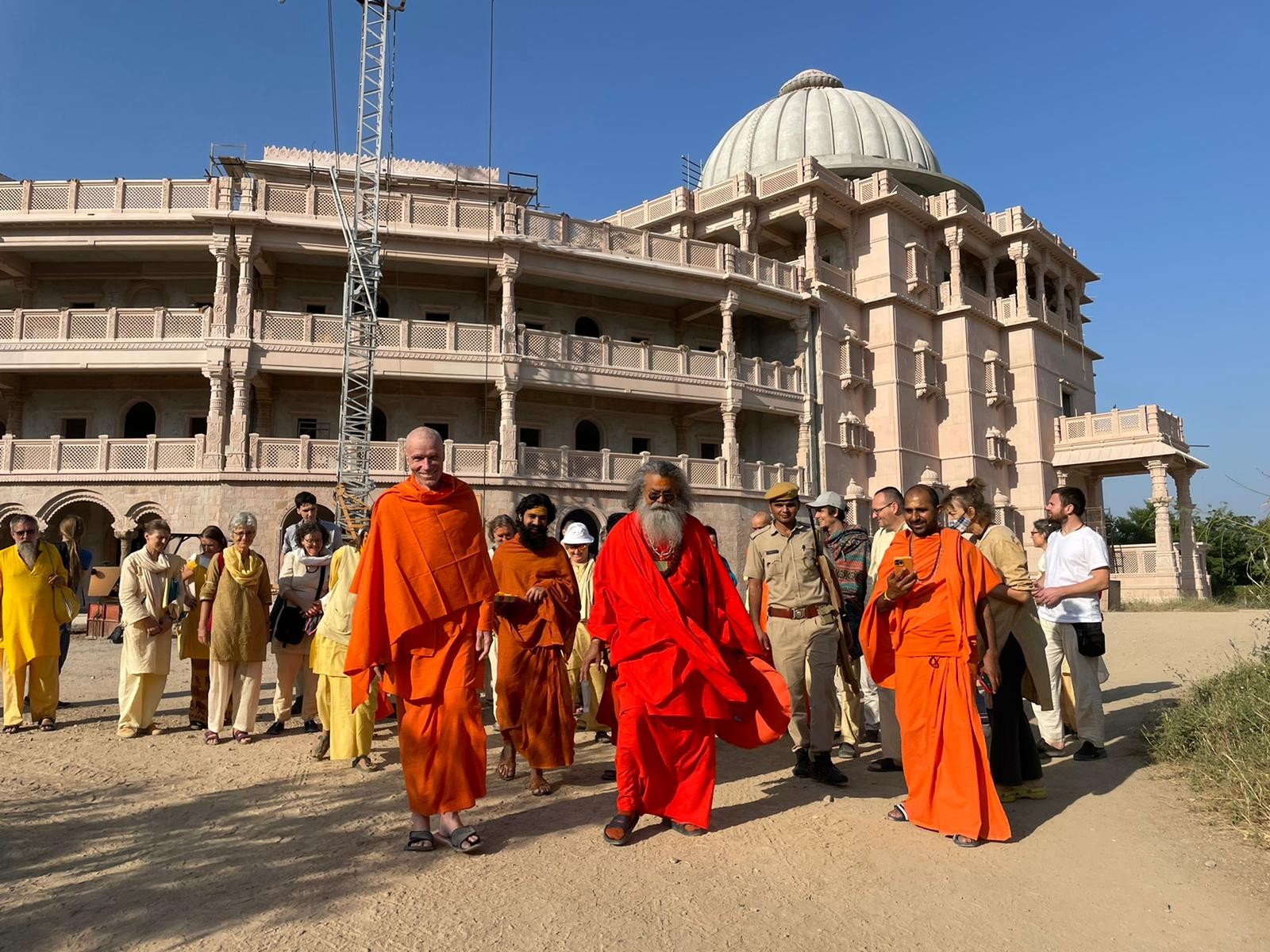 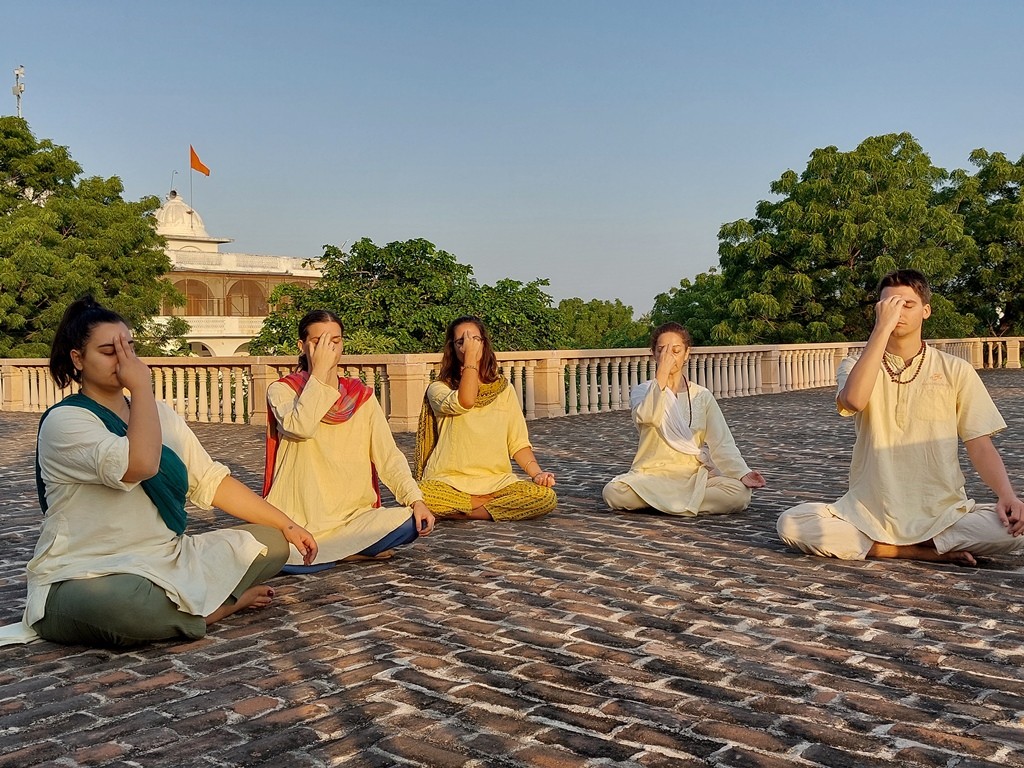 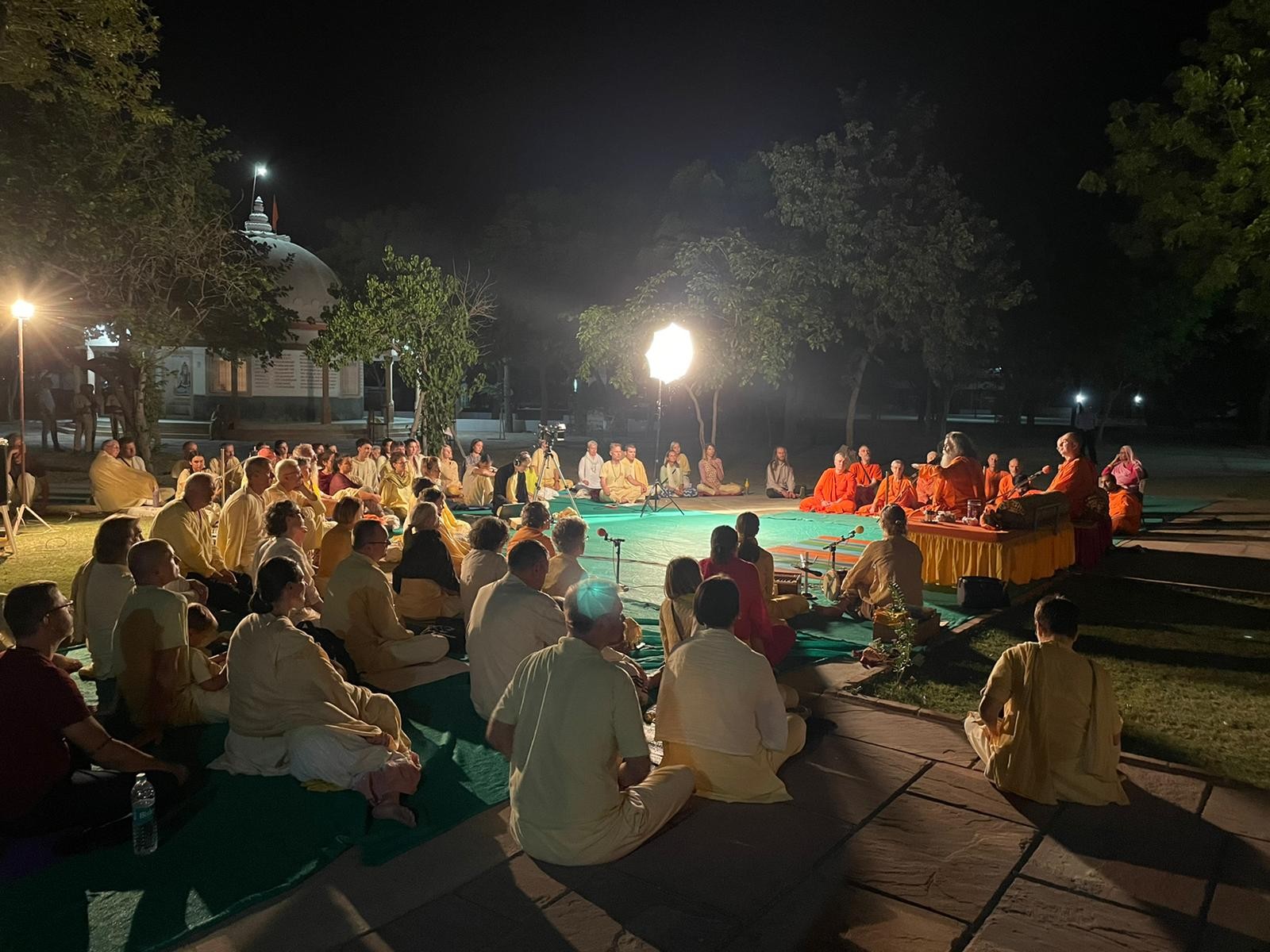 Apart from divine days and visits to the ashram, as happens every time in India, almost no one could follow Vishwaguru's busy schedule of countless events, visits and meetings. However, two big events were very special, as they are during Autumn each year in India.

First was the celebration of Diwali, which is extremely important and especially dear to our spiritual lineage because it is the day when the light of Sri Mahaprabhuji incarnated into this Bhur Loka (Earthly world).

The second was the celebration of the Mahasamadhi anniversary of Hindu Dharmsamrat Paramhans Sri Swami Madhavanandaji, Holy Guruji. For 19 years he has not been with us in physical form, but the vivid presence of his holiness is felt in every corner of OM Ashram in Jadan. Guruji's Mahasamadhi was celebrated in the only way possible, with bhajans that lasted all night. Only Vishwaguruji, a true disciple of his Gurudev, could at one moment on that special night awaken such an indescribable amount of bhakti (devotion) that awakened everyone who was present. When the heart is taken over by bhakti, the body cannot rest, it awakens in the divine dance. In that moment of joy, European and Indian bhaktas (devotees), all were dancing together. 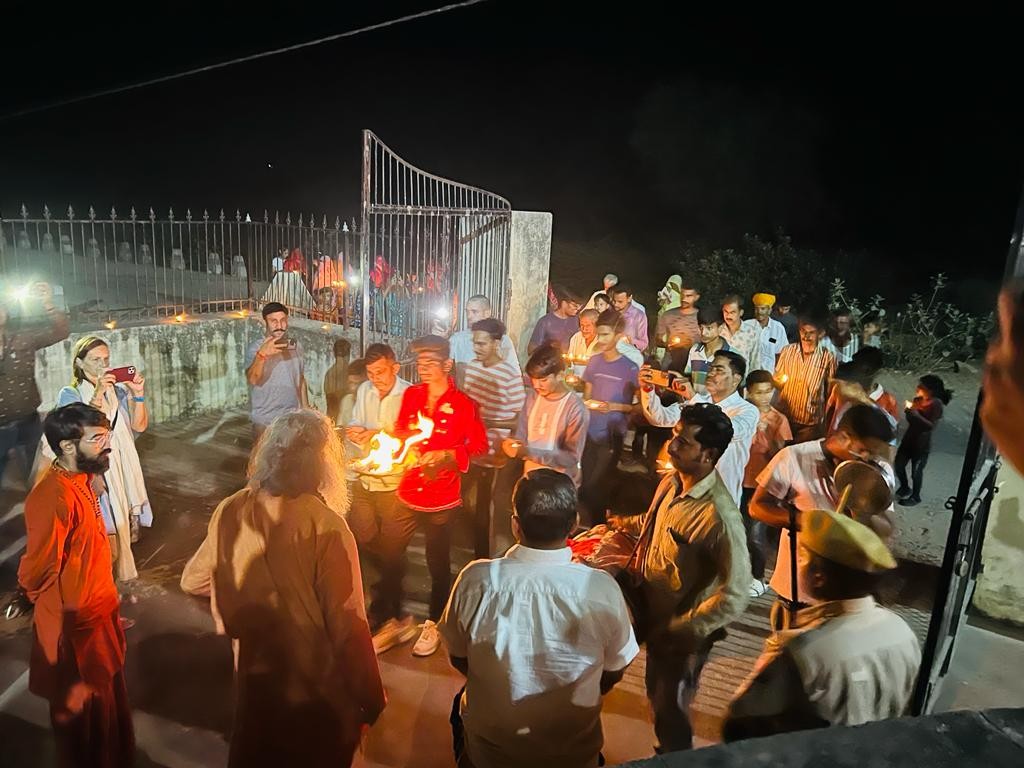 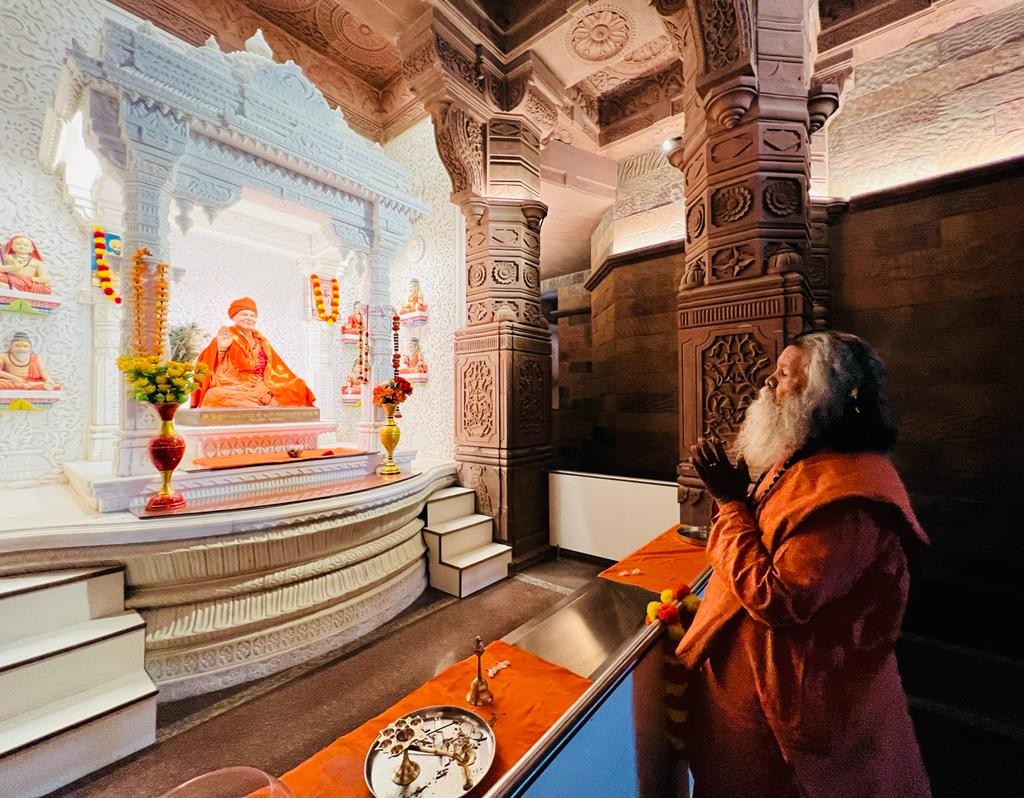 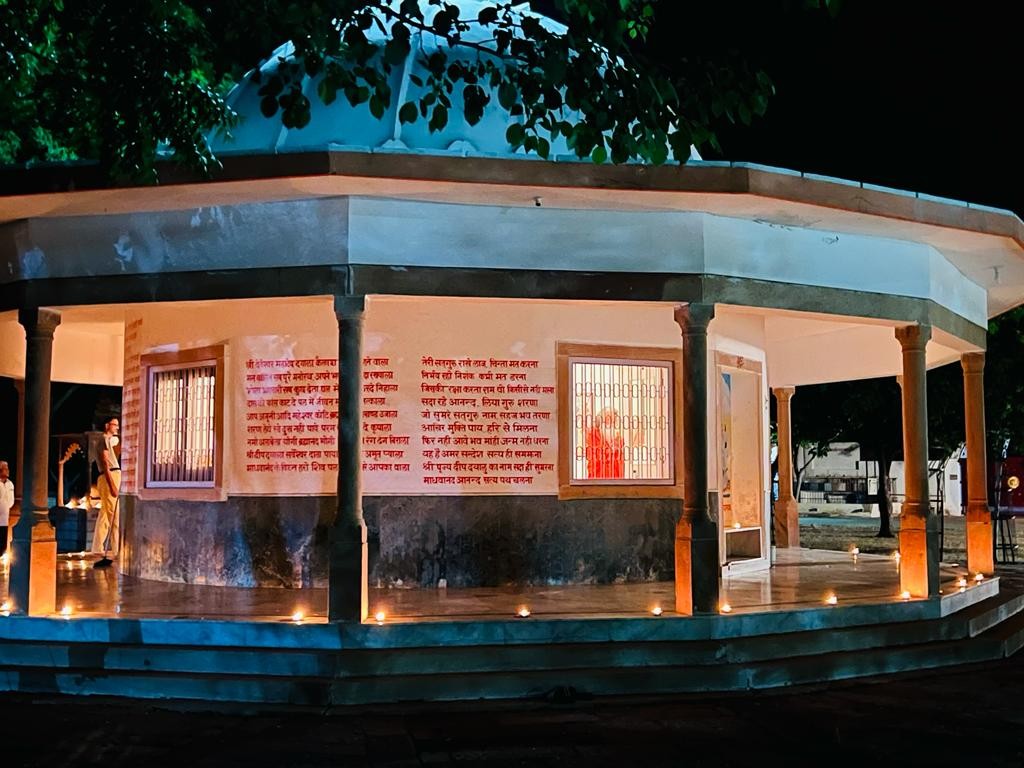 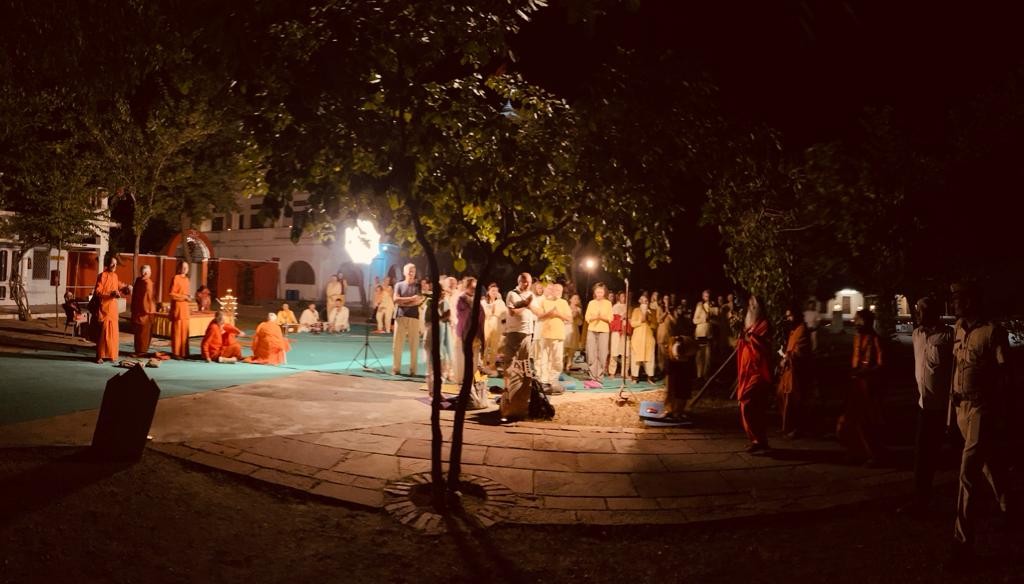 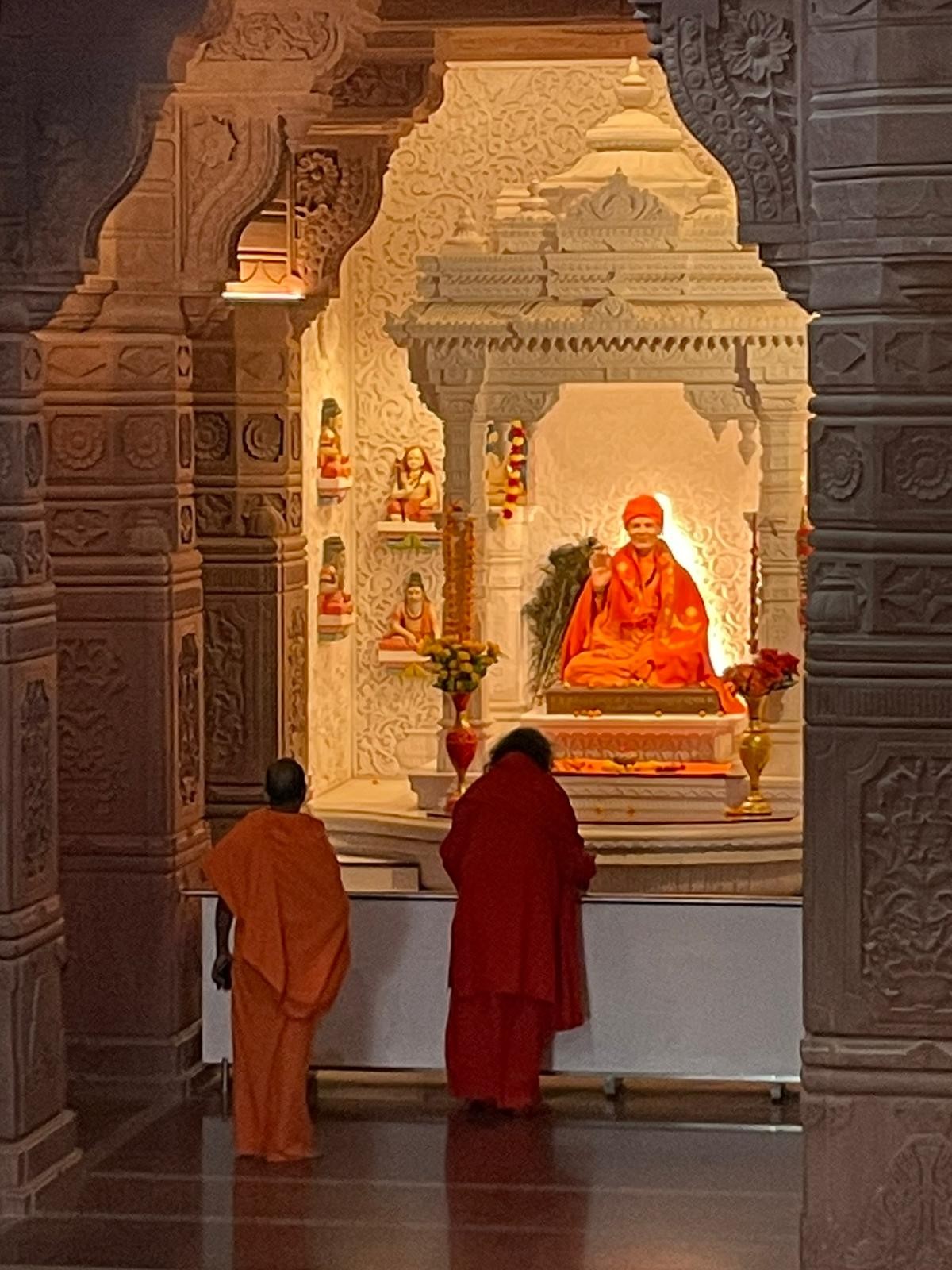 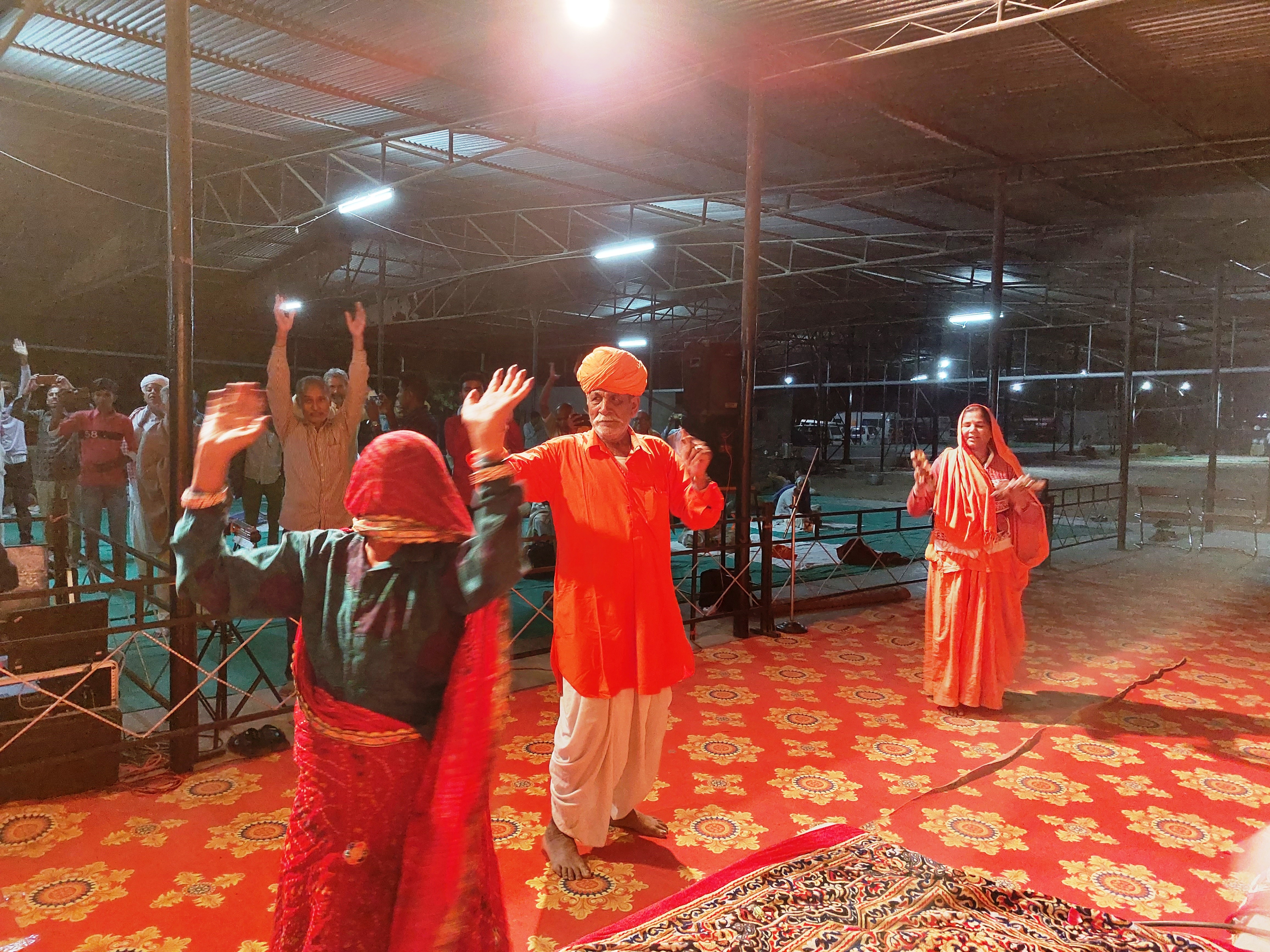 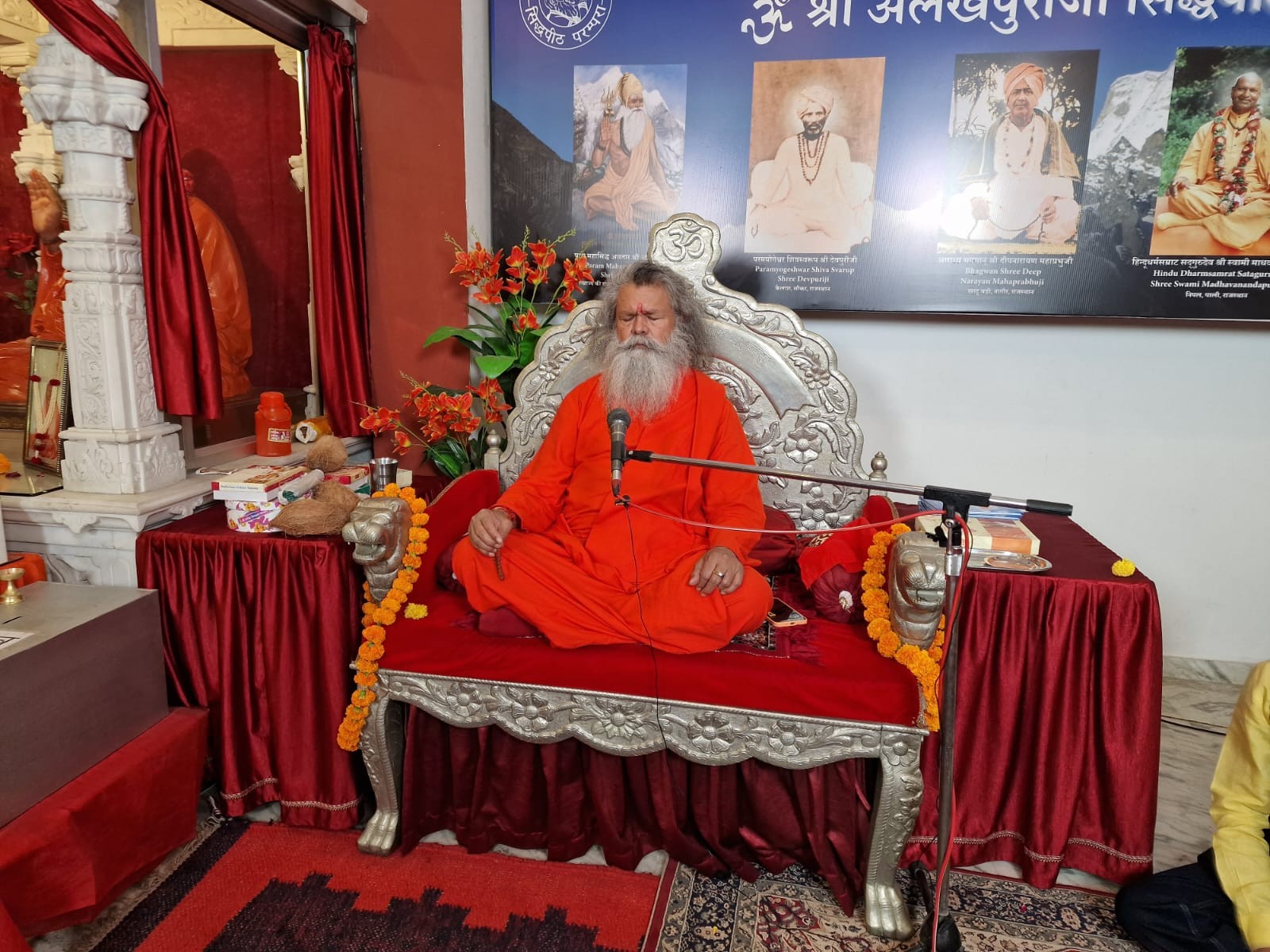 A very special event was a highlight of this stay in India. Swami Phulpuriji, long time disciple, received Mahamandaleshwar Diksha (initiation) and thus became the fourth Mahamandaleshwar to be inaugurated by Swamiji from among his disciples.

It was a wonderful trip that left everyone with a special light shining in their heart.