"My son, you are mine for all eternity. You are my true ambassador. All religions of the world lead to the one light. It is the aim of every human to realize God the Almighty and thus become one with him. But, mankind suffers from unspeakable physical and mental sorrow. It is your duty to soothe this pain by bringing to them the holy message of DIVINE KNOWLEDGE. Teach all people – men, women, young and old, rich and poor – the highest techniques of the Divine science of Yoga. Help them to lead a natural life free from illness and show them the way to true knowledge."

with this message, received from Bhagwan Sri Deep Narayan Mahaprabhuji in a deep meditation, began the spiritual path of Paramhans Yogiraj Swami Maheshwarananda, one of the greatest Spiritual Masters in the World today.

Vishwaguruji was born on the August 15, 1945 in the village of Rupawas, in the district of Pali, Rajasthan. His parents, Pandit Krishna Ramji Garg and Srimati Phool Devi Garg, both devout and religious people, gave him the name of Mangilal. As a young child, most of his free time he devoted to prayer and meditation. Whilst still in his teens, he was ordained as swami by his Guru, Hindu Dharmsamrat Paramhans Sri Swami Madhavanandaji, with whom he lives in ashram for several years, performing strict anusthana, spiritual practices. 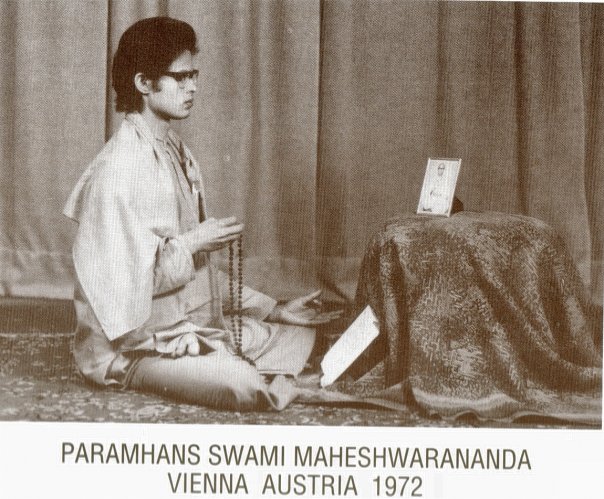 He came to Europe in 1970. Here he came to know the needs of modern man, which inspired him to combine the ancient yogic realisations and the findings of modern science with his rich experience. In this way he created an integral and internationally acclaimed system of practices called Yoga in Daily Life, which has spread from Europe throughout world, for the welfare of humankind and all living beings and has inspired hundreds of thousands people. 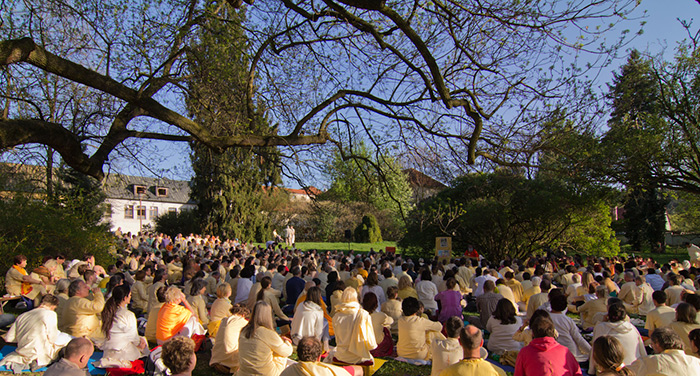 In the last 45 years Swamiji has travelled extensively throughout the world, tirelessly spreading the message of Sat Sanatan Dharma and Yoga according to the teachings of Bhagwan Sri Deep Narayan Mahaprabhuji. Wherever he goes he teaches people to understand and love themselves and others, and helps them to realise the sense and purpose of their life. His message is: understanding, respect and tolerance between nations, cultures and religions, non-violence, protection of nature and the environment and a vegetarian lifestyle. 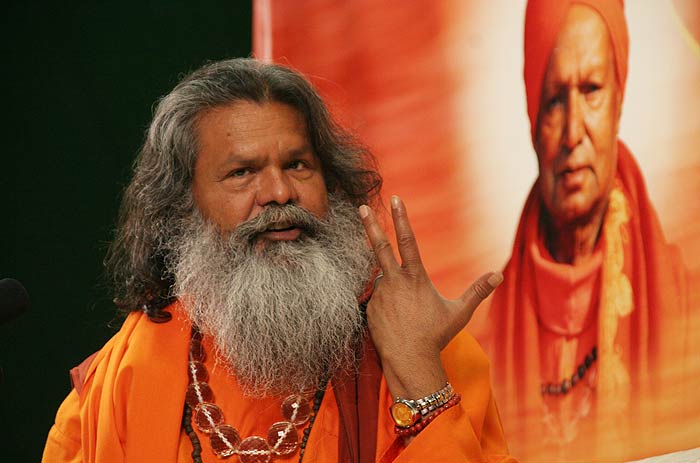 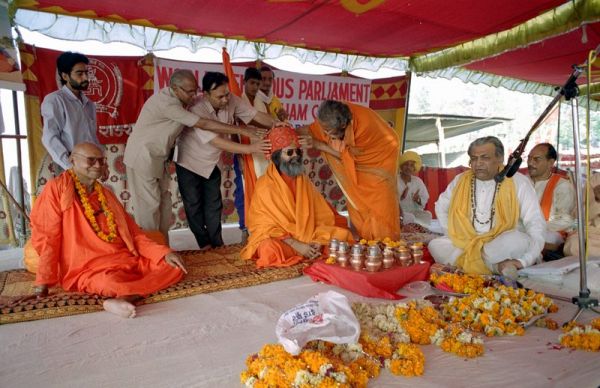 At the Maha Kumbha Mela in Haridwar, India (13 April, 1998) he was appointed as Mahamandaleshwar of Maha Nirvani Akhara. 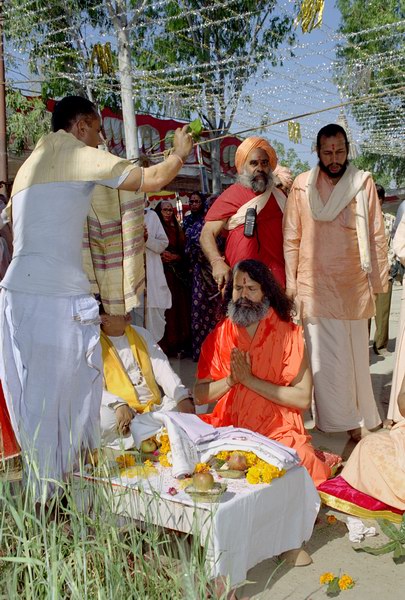 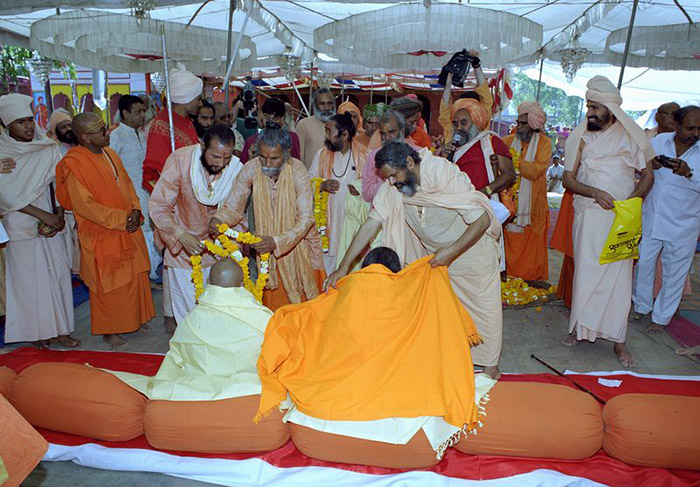 In 2001 on the occasion of the Maha Kumbha Mela in Prayagraj (Allahabad), Swamiji was awarded with the highest spiritual title of Vishwaguru (Master of the Universe) in the presence of His Holiness Jagadguru Sri Shankaracharya Sri Swami Narendranandaji Sarasvati, by the Vidvat Samaj. 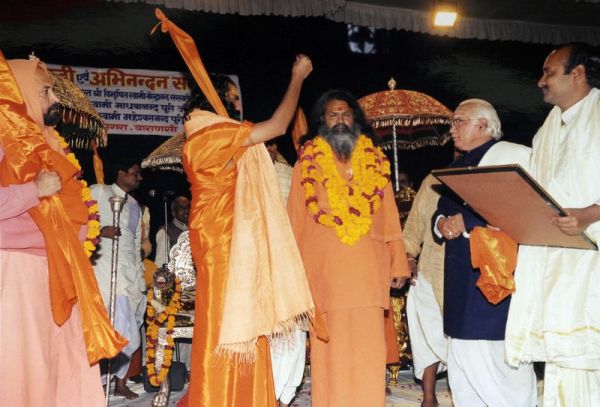 Especially during the communist era, Swamiji's spiritual and humanitarian work provided great moral support to the people of the Eastern European countries of Czechoslovakia, Hungary and Yugoslavia. Due to his distinguished charitable, humanitarian, religious and environmental work as well as his untiring efforts for tolerance and world peace, Swamiji has been acknowledged by social, medical, religious and political dignitaries in many different parts of the world.

For his selfless efforts during nearly 20 years he received a letter of thanks by the President of the Czech Republic, Mr. Vaclav Havel. Croatian President Stipe Mesic acknowledged Swamiji's humanitarian service to Croatia over the last 30 years by awarding him the Order of the Croatian Star with the Effigy of Katarina Zrinska.

Recognising the urgent need to promote and develop awareness of world peace, Paramhans Swami Maheshwarananda has initiated worldwide Inter-religious Dialogues and World Peace Prayers with representatives of world religions and public figures, and takes an active part in international congresses and conferences. 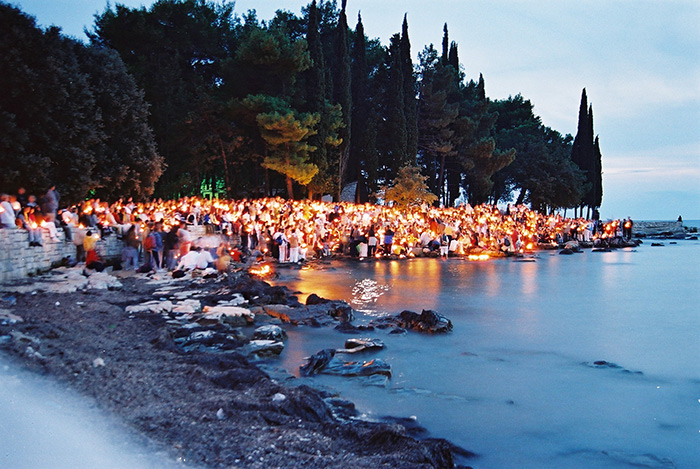 In his homeland of India he has initiated several humanitarian projects in the health and educational systems, such as the Gyan Putra project that supports the children of impoverished families and in this way enables their attendance at school. Current projects are the construction of hospitals and schools for girls in inadequately-provisioned rural areas, as well as the building and establishment of a University for Ayurveda, Naturopathy and Yoga. One of the biggest spiritual projects is building of Om Ashram in Jadan, Pali. 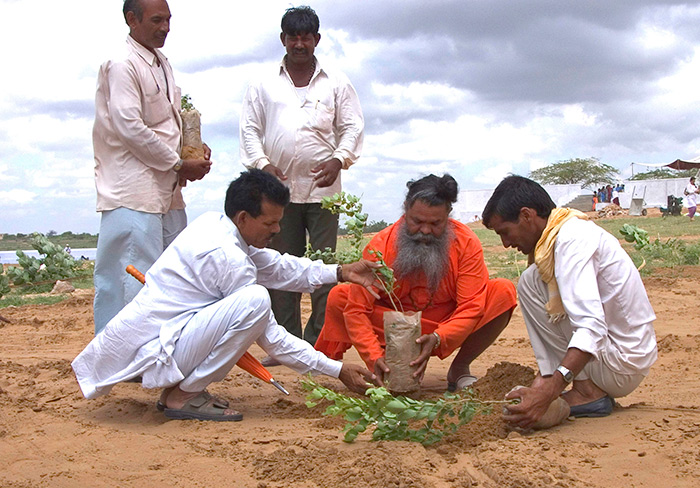 Swamiji has been, and is still being, recognized and acknowledged worldwide by statesmen, scientists, doctors and dignitaries from different religions for his decades of committed humanitarian and spiritual work, and also his unceasing efforts for the health and welfare of humans and nature, for the protection of the environment and world peace. For his service to the science of Yoga and the promotion of physical, mental, social and spiritual health for humans he has been awarded the honorary titles of Doctor of Yoga and Professor of the Spiritual Science of Yoga.