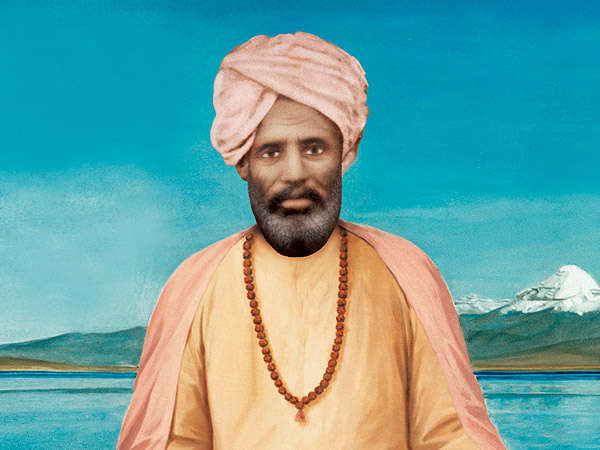 Extract from the book "Lila Amrit - The Divine Life of Sri Mahaprabhuji":

In the middle of the inaccessible mountain range of Sambu Panca Atala Akhara, there dwells the Omnipresent Supreme Brahman in the form of the hermit ascetic, Sri Alakh Puriji Maharaj. Lord Shiva of Kailash went to meet him at Badrinath-Dhama in the Himalayas. This meeting of both Divine manifestations was a blessing for the whole universe.

In order to rescue and liberate souls from the illusion of maya, Lord Shiva wished to embody himself in human form. Adhering to sacred law, he sought the consent of his Guru, Sri Alakh Puriji.

"Brahman himself you are, Lord of the Cosmos," Lord Shiva said to him. "I worship you as my Guru."

The great yogi blessed him.

"Shiva you are, the Supreme, Omniscient and all-powerful. From this day forth, you shall be known as Sri Devpuriji Maharaj."

Paramyogeshwar Sri Devpuriji resided in Sikar District, Rajasthan till the middle of 20th century. His Ashram "Kailash" in the Rajasthan carries the same name as the holy Mount Kailash in the Himalayas. 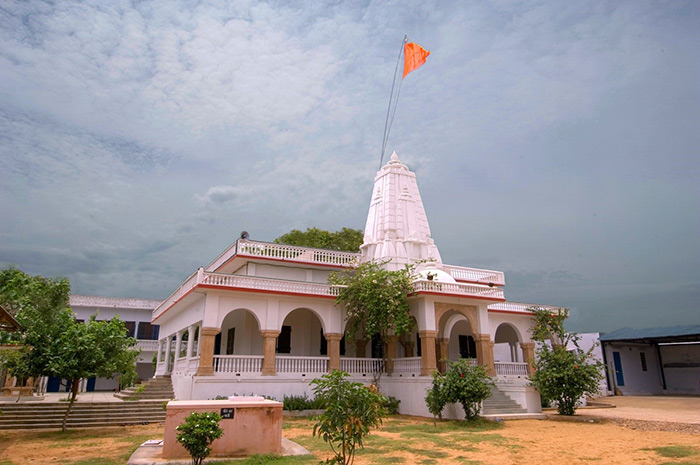 He is revered as an incarnation of Lord Shiva and he embodies all characteristics of Lord Shiva - Shiva is the saviour, the destroyer of bad and evil. Shiva is consciousness, purity and fire. Paramyogeshwar Sri Devpuriji is the giver of spiritual power, an incarnation of Divine Will and he represents the yogic consciousness. It was Lord Shiva who brought the wisdom of yoga to humanity. Sri Devpuriji is the Supreme, a mighty channel who bestows Light and Cosmic energy upon the earth. All the elements were under his control. It has been reported by eye-witnesses that he walked on water and could materialize or de-materialize his body according to his will. He directed fire and rain just as he wanted and wherever he went there remained no footprints on the ground. No material or astral power could hinder Sri Devpuriji; at any time he was able to come, protect and support his bhaktas.

Sri Devpuriji was like Lord Shiva, indeed - he could be immensely merciful but also very strict too. But even when Sri Devpuriji was angry, people felt blessed because God is never angry with us, only with our bad qualities. In his ashram at Kailash he held numerous wonderful satsangs (spiritual gatherings) which attracted people from all over India. So great was Sri Devpuriji's love for animals that he was constantly followed by a flock of cows, goats, birds, dogs, and snakes. When he held satsang, even the creatures of the jungle came out to listen to his words.

Sri Devpuriji left his physical form in 1942, and he passed on his spiritual blessings to one of the most divine incarnations of mankind, the Avatar, all knowing Siddha, Bhagvan Sri Deep Narayan Mahaprabhuji, an embodiment of Divine Love, Wisdom and Light.

The relationship between Sri Devpuriji and Bhagvan Sri Deep Narayan Mahaprabhuji was one of great unity and love. They were "two in body, but one in Atma". Sri Mahaprabhuji expressed his devotion towards his master in numerous poetic spiritual songs (bhajans). They describe the highest aim of yoga, the union with the omnipresent, eternal and divine Self.

"Liberation hangs by a single thread,
Sri Alakh Puriji gave the key
And Paramyogeshwar Sri Devpuriji, my Divine Master
Holds it in his hands."

Sri Devpuriji would meditate not only at Kailash Ashram but also in the hills of Khatu, in the middle of the jungle, under an indrok tree, or on the banks of the watering place in Kailash. He went wherever his Divine will took him. Even the elements submitted to his Divine nature. No matter how hard it rained, Sri Devpuriji always remained dry, for within a radius of four metres around him, not a single drop fell. Of course those who saw this wanted to know how such things were possible.

"Indra, the god of rain, or the element of water, whatever you wish to call it, responds to my command," he told them.

One of his neighbours was the farmer Gangaram. Once when it was pouring with rain Sri Devpuriji went to Gangaram's house holding a burning cowpat.

"Look, Gangaram," he shouted in jest to the farmer, "even Lord Indra is unable to cool my cowpat. This rain is as warm as the midday sun!"

Quite moved, Gangaram replied, "You are truly the Ocean of Mercy. Nobody under your protection can ever be harmed."

And Sri Devpuriji said to him, "You are a great soul, Gangaram. Now you have begun to understand the play of Gurudeva."

And this was Sri Devpuriji, like a child and wise man at the same time. The motive for his actions often exceeded human understanding.