After a few years break due to the pandemic, Vishwaguru Paramhans Sri Swami Maheshwaranandaji is again visiting his Yoga in Daily Life devotees in Australia, where he is holding a variety of inspiring programs in seven different cities.

The Australian Tour began in Perth in the early hours of 6 September, when Vishwaguruji was greeted joyfully by many excited bhaktas. After two and a half years, his holy feet blessed these distant shores again.

On 6 September, the official Yoga in Daily Life program of events commenced with a beautiful evening Satsang and on Wednesday 7 September, a morning and an evening program on Yoga techniques for disease prevention, was held in the Centenary Pavilion Hall at Wilson. Vishwaguruji guided the participants through a few special yoga techniques. 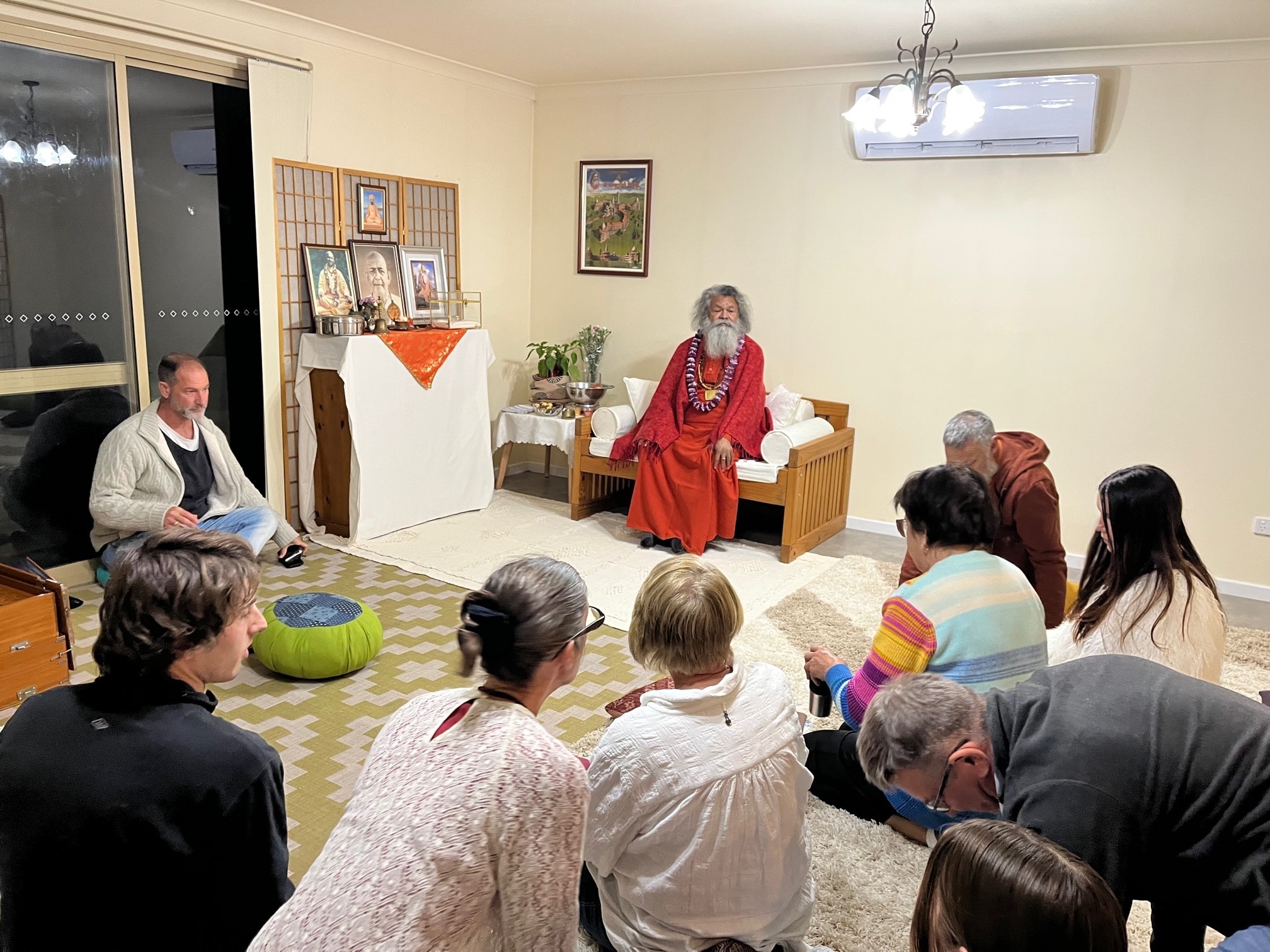 On Friday 9 September, Vishwaguruji's first program in Melbourne was at Sankat Mochan Temple in Huntingdale. Attended by 120 members and guests, including the Consul General of the Indian Consulate in Melbourne, Dr Sushil Kumar, the evening began with bhajans sung by Swami Madhuram Puri.

At the end of the evening, the co-organiser of the event, Nand Gopal Dureja, explained that the capability to understand spiritual teachings can only be awakened by being in the company of such saints as Vishwaguruji, and how fortunate we were that evening. 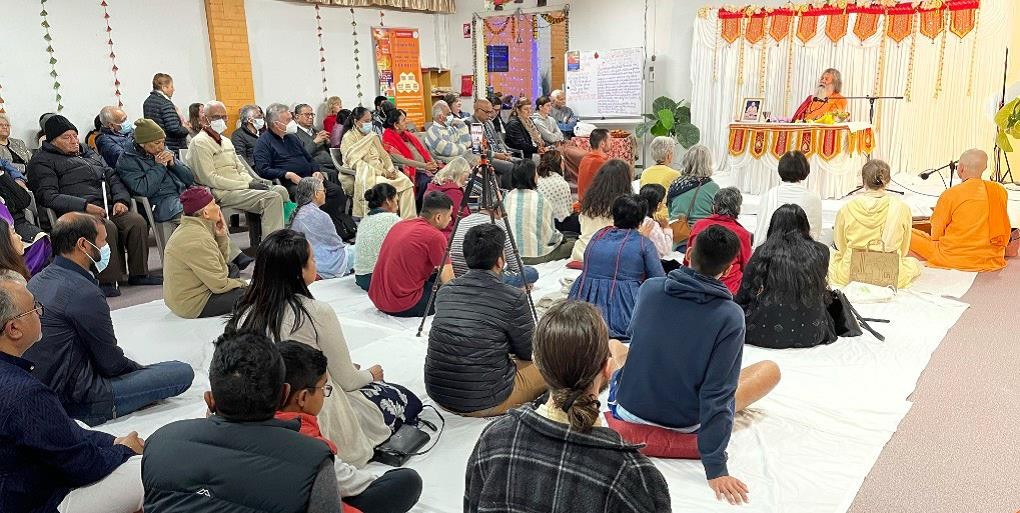 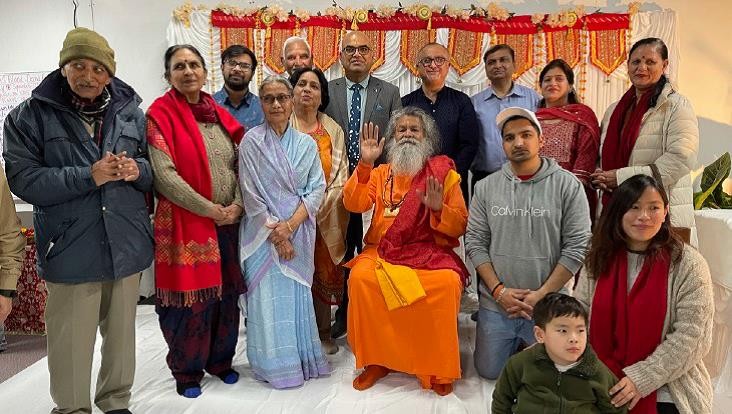 On Saturday morning 10 September, a workshop co-hosted by Rajendra Yenkannamoole, took place at Peacock Hall, Sri Siva Vishnu Hindu Temple, in Carrum Downs and was attended by around 70 people. After an inspirational lecture, Vishwaguruji taught practical techniques for healthy digestion and a healthy heart, including asanas and brahmari pranayama. 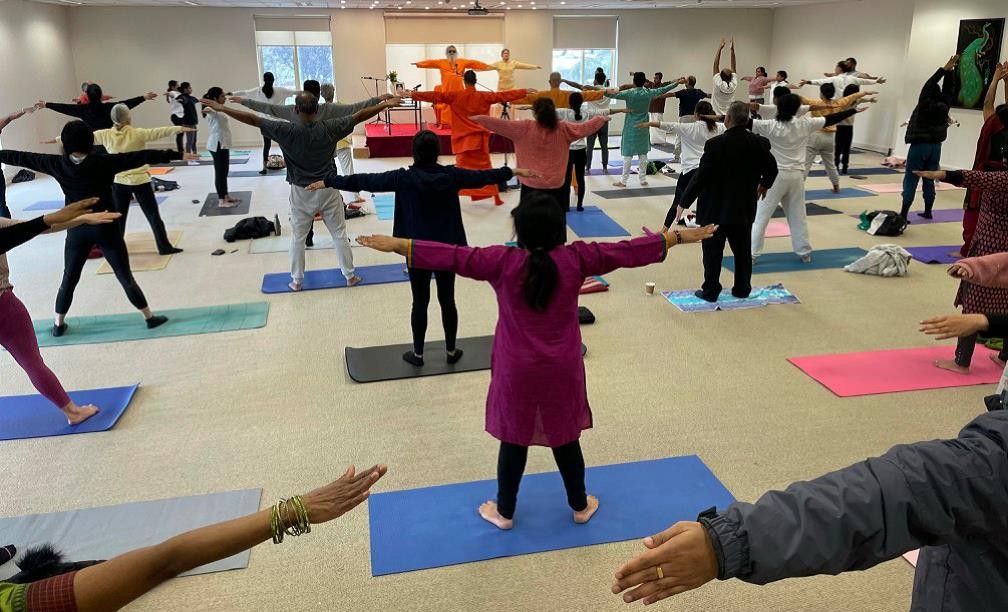 The Saturday evening program was co-hosted by Virendra Khatana and held at Prem Prakash Mandal Mandir, in Epping. The event was attended by Mr Girish Singh Kavia, Consul from the Indian Consulate General in Melbourne and 70 members and guests.

Sunday morning, 11 September, was beautiful and rich with techniques in a yoga workshop held in a community hall in North Balwyn. 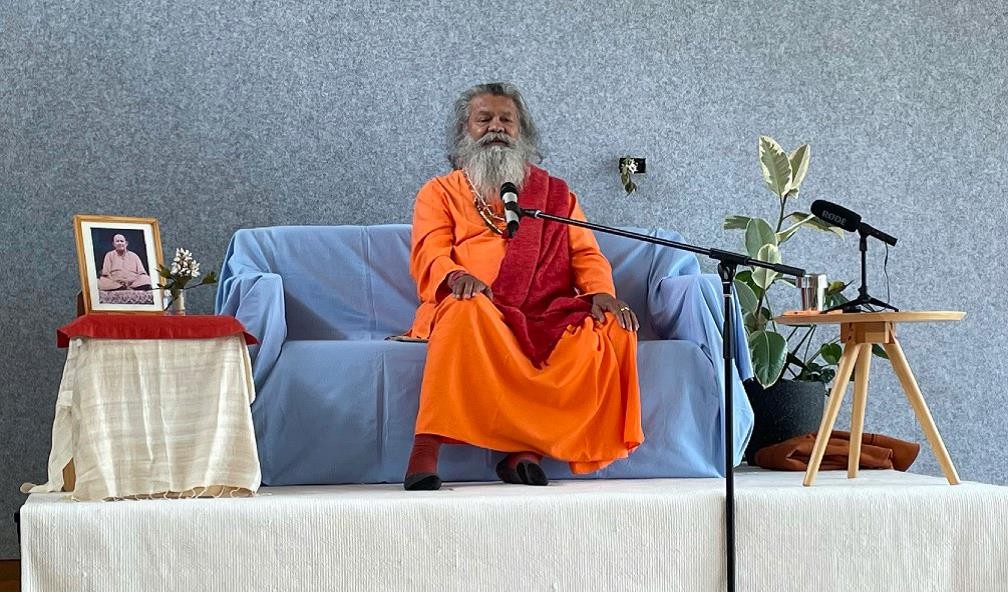 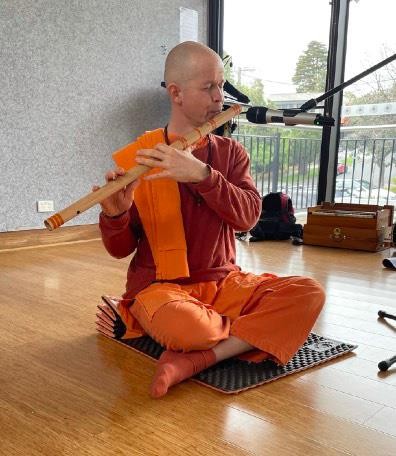 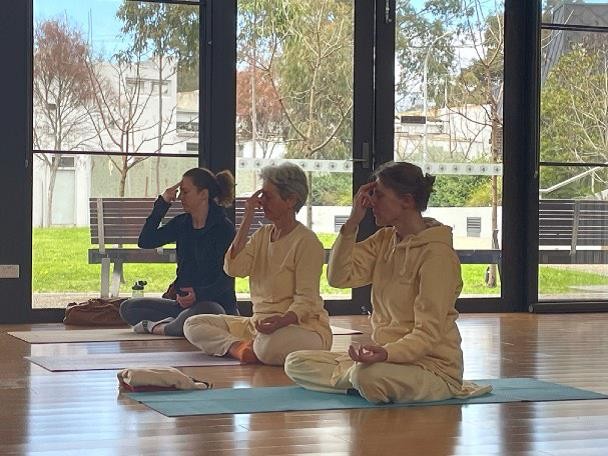 The Melbourne program finished with evening satsang in a community hall in North Balwyn.

After the recent passing of their beloved local yoga teacher Swami Hanumangiriji, Yoga in Daily Life practitioners in Tasmania were delighted to receive the blessing of Vishwaguruji's visit to the southern island state.

On Tuesday 13 September, there was a full-day program in Launceston, including morning practice and lecture with Vishwaguruji, followed by lunch and an afternoon Yoga Nidra, then satsang with Vishwaguruji in the evening. Participants and guests included friends from the local Bhutanese community.

On Wednesday 14 September, the group met with Vishwaguruji in the small rural town of Derby, for a short lecture and blessing for friends and students of Swami Hanumangiriji. 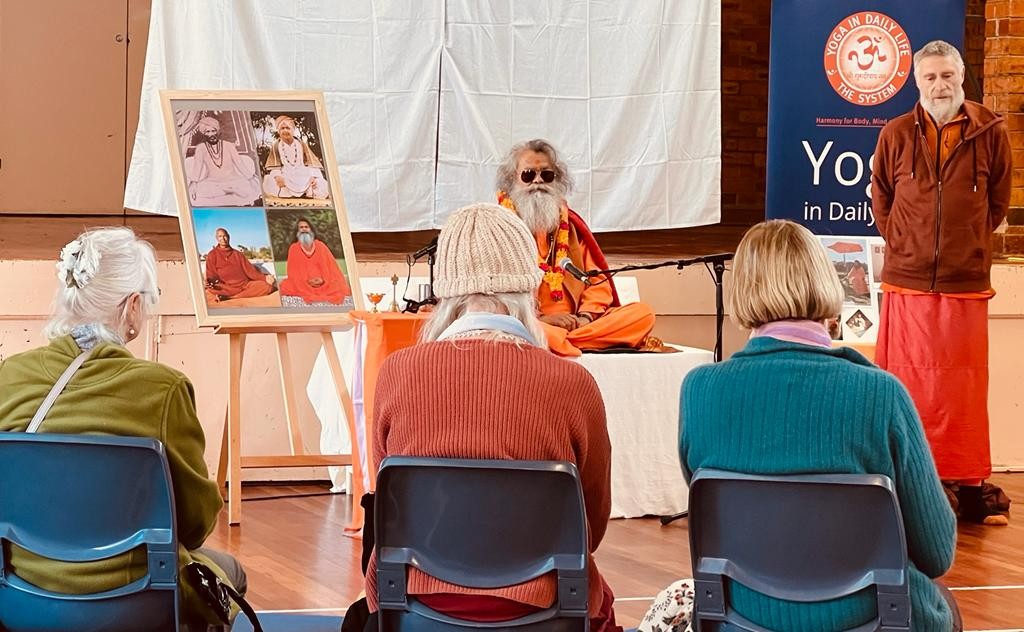 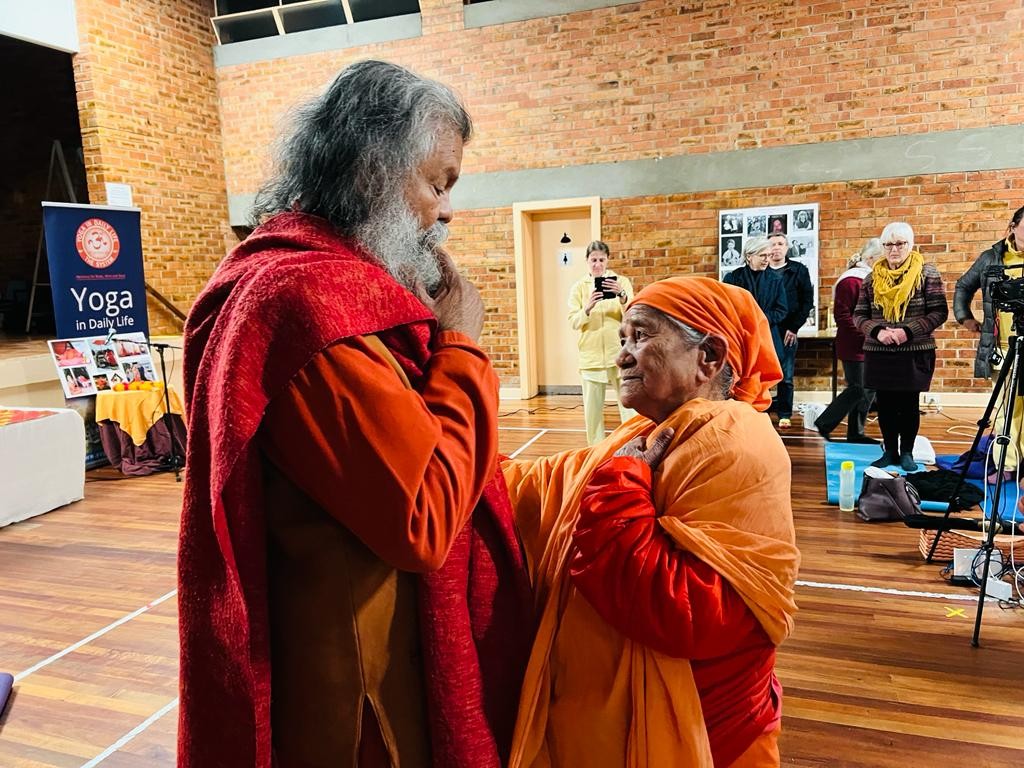 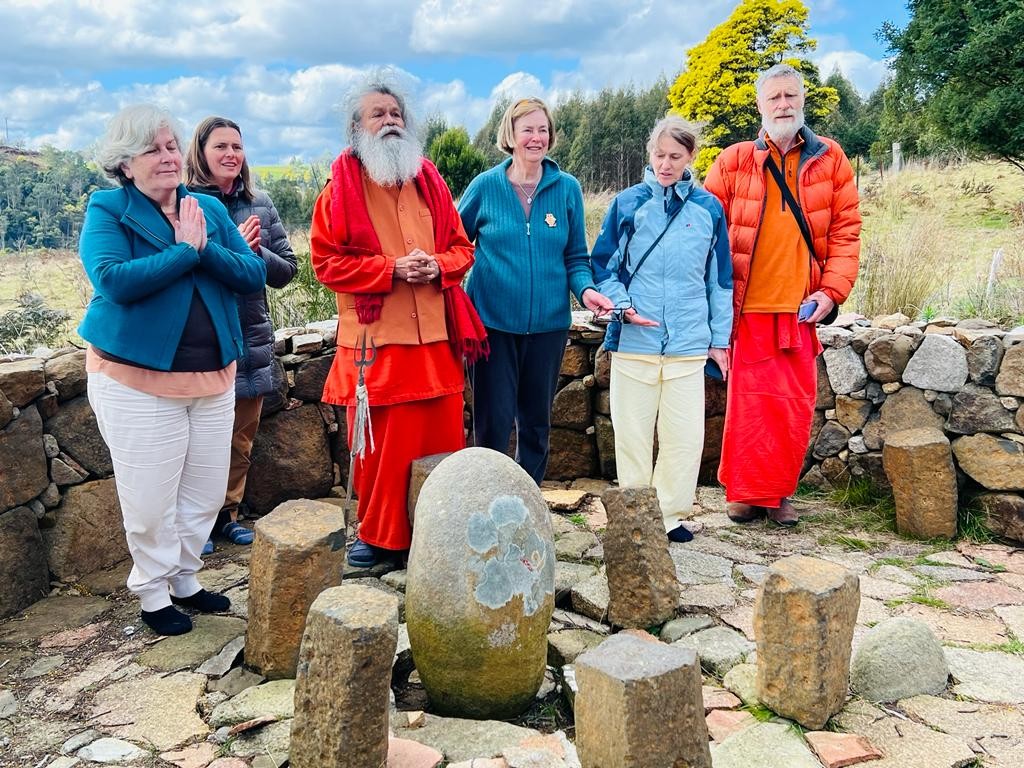 Upcoming destinations for Vishwaguruji in Australia are Sydney, Brisbane, Sunshine Coast and Gold Coast, where more devotees are eagerly awaiting darshan, satsang and the wisdom of yoga.