13 July 2022 – Vishwaguruji has travelled back to India at the heartful invitation of thousands of Indian devotees. He gave the traditional Gurupurnima darshan and satsang at Jadan Ashram, with throngs of devotees coming from all over India and other countries worldwide.

All day, waves of devotees waited patiently to greet their Guru, to express their love and respect, and to receive blessings for the new spiritual year. Such a divine atmosphere can only be experienced on Gurupurnima, a special day for students and their teacher.

Om Ashram (link), a beautiful and magnificent place, the seat of Sri Alakhpuriji Siddha Peeth Parampara (link), is being intensively finished and polished for its long-awaited opening. Now, Nandi Dev, the faithful animal companion of Shiva, has recently come to take his eternal place in the ashram with a beautiful statue of Nandiji being welcomed and inaugurated with mantras and pujas, at OM Ashram in Jadan.

The Sanskrit word nandi (नन्दि) means happiness, joy and satisfaction. Nandi the bull, is the divine guardian of Shiva and also his vehicle. He is the epitome of bhakti, devotion. The bull is a symbol of both power and ignorance, which suggests that Lord Shiva removes the ignorance of his devotees and gives them the power of wisdom. In Sanskrit, a bull is called vrisha which means "righteousness". Nandi is also known as Nandishwara or Nandideva and can be seen in front of all Shiva temples.

Another very special event took place on the auspicious day of Gurupurnima. Sudarshan Puri received sannyas diksha, initiation into the order of swamis (renunciates, monks), the greatest initiation in human life, and is now known as Swami Sudarshan Puri.

It is a short visit of Vishwaguruji to India, but just as intense as the life of Gurudev usually is. 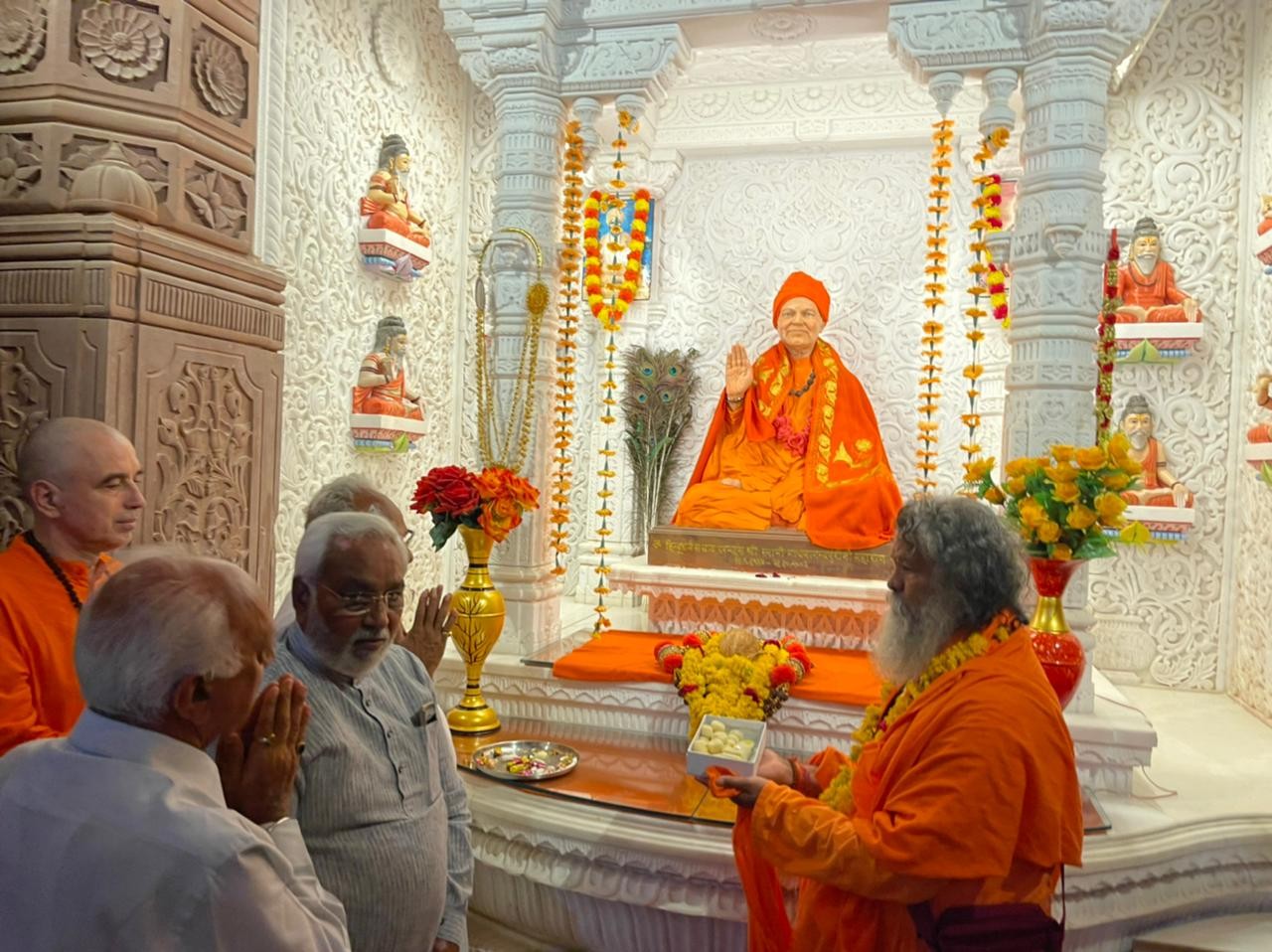 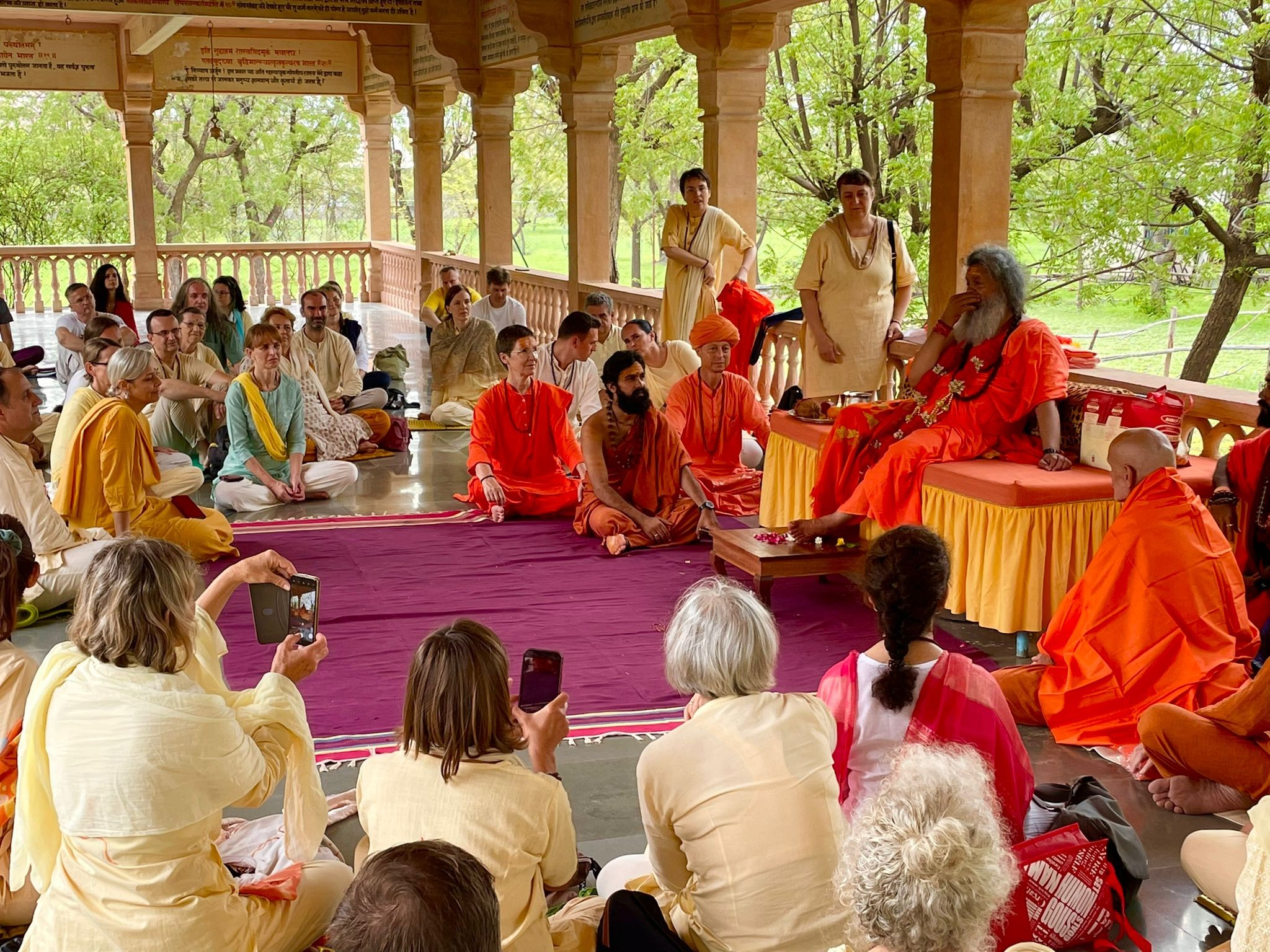 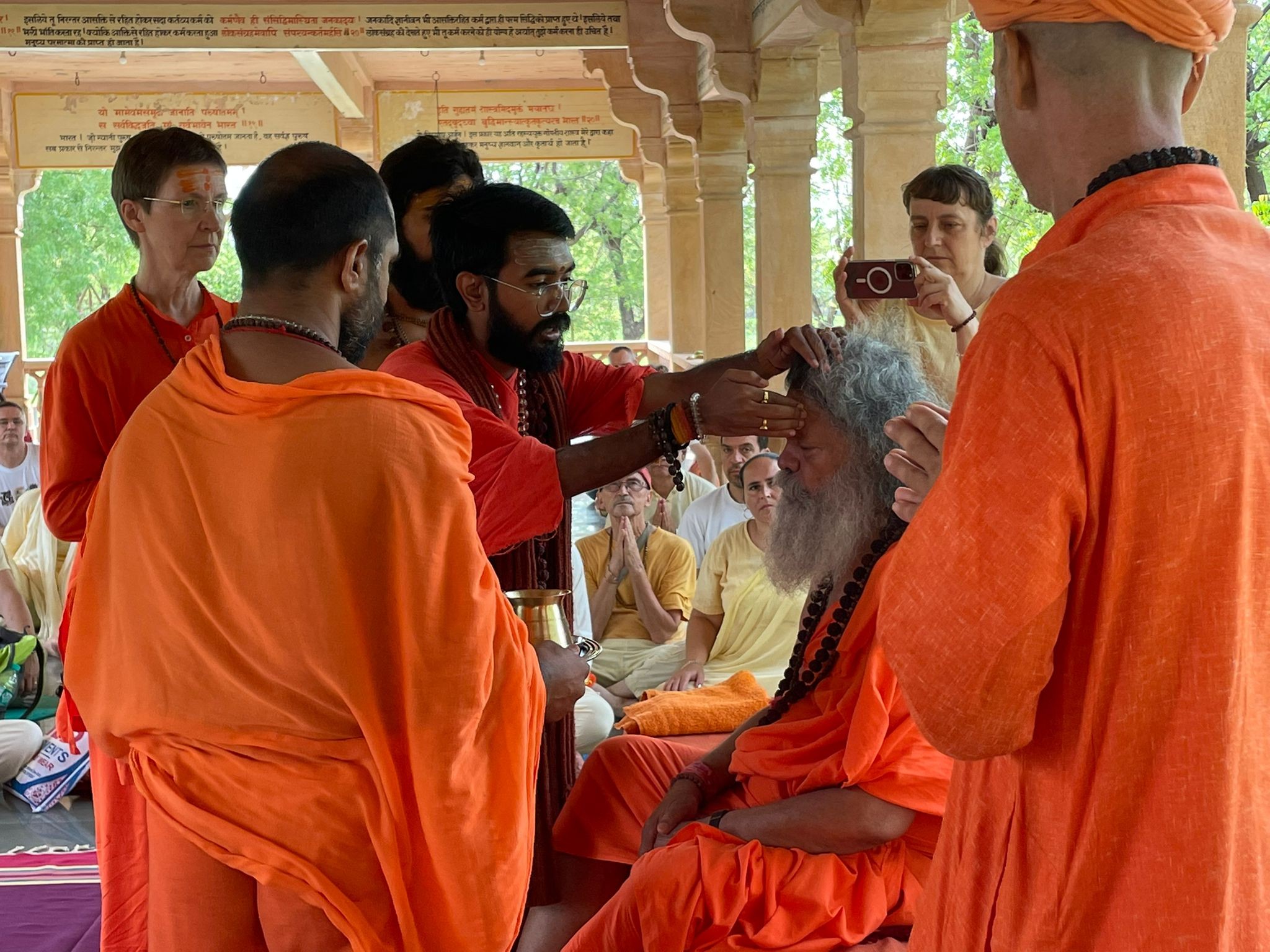 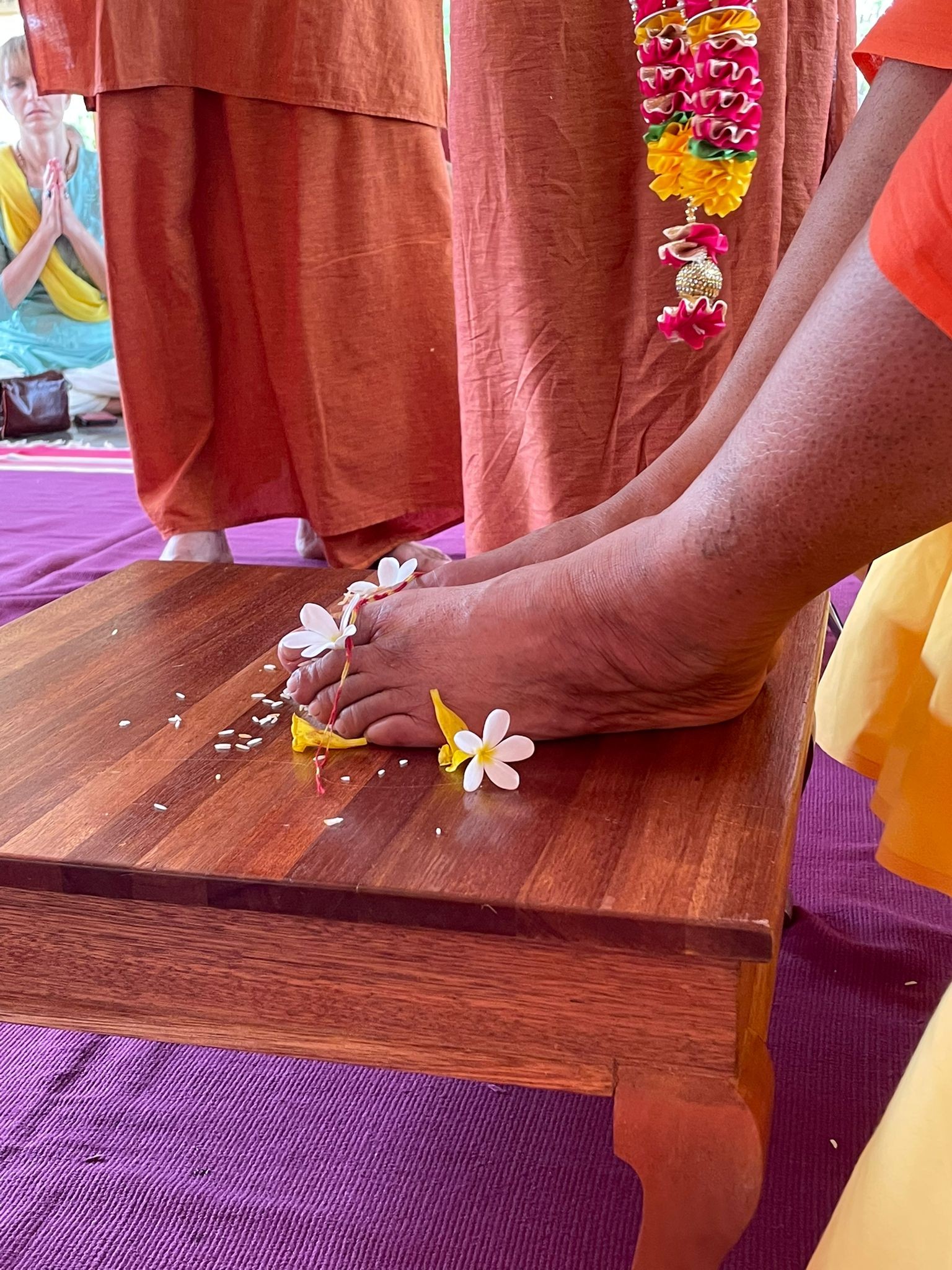 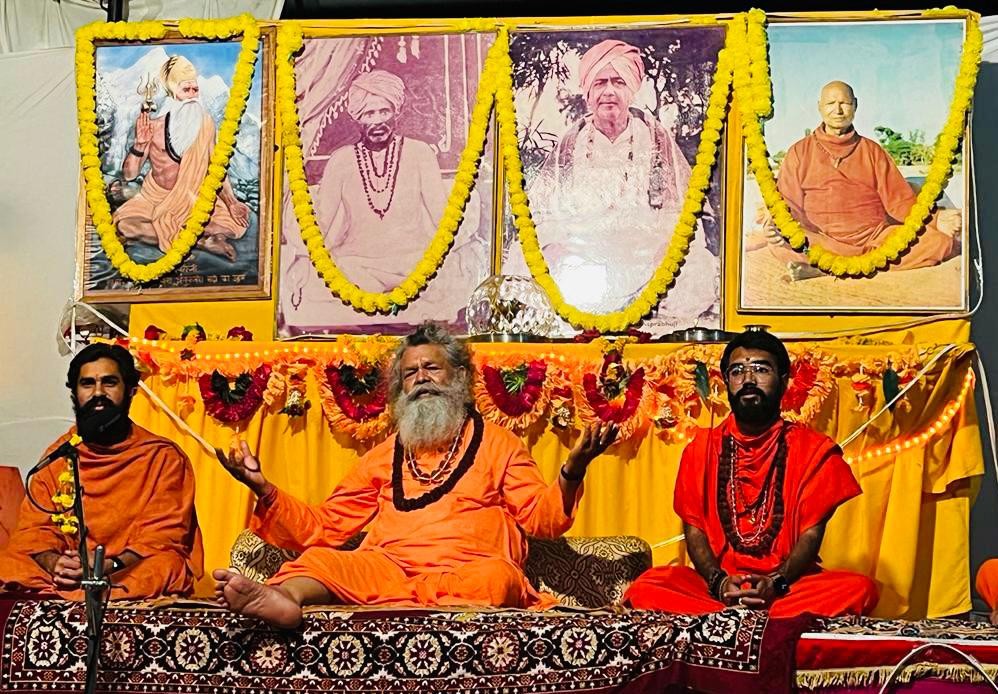 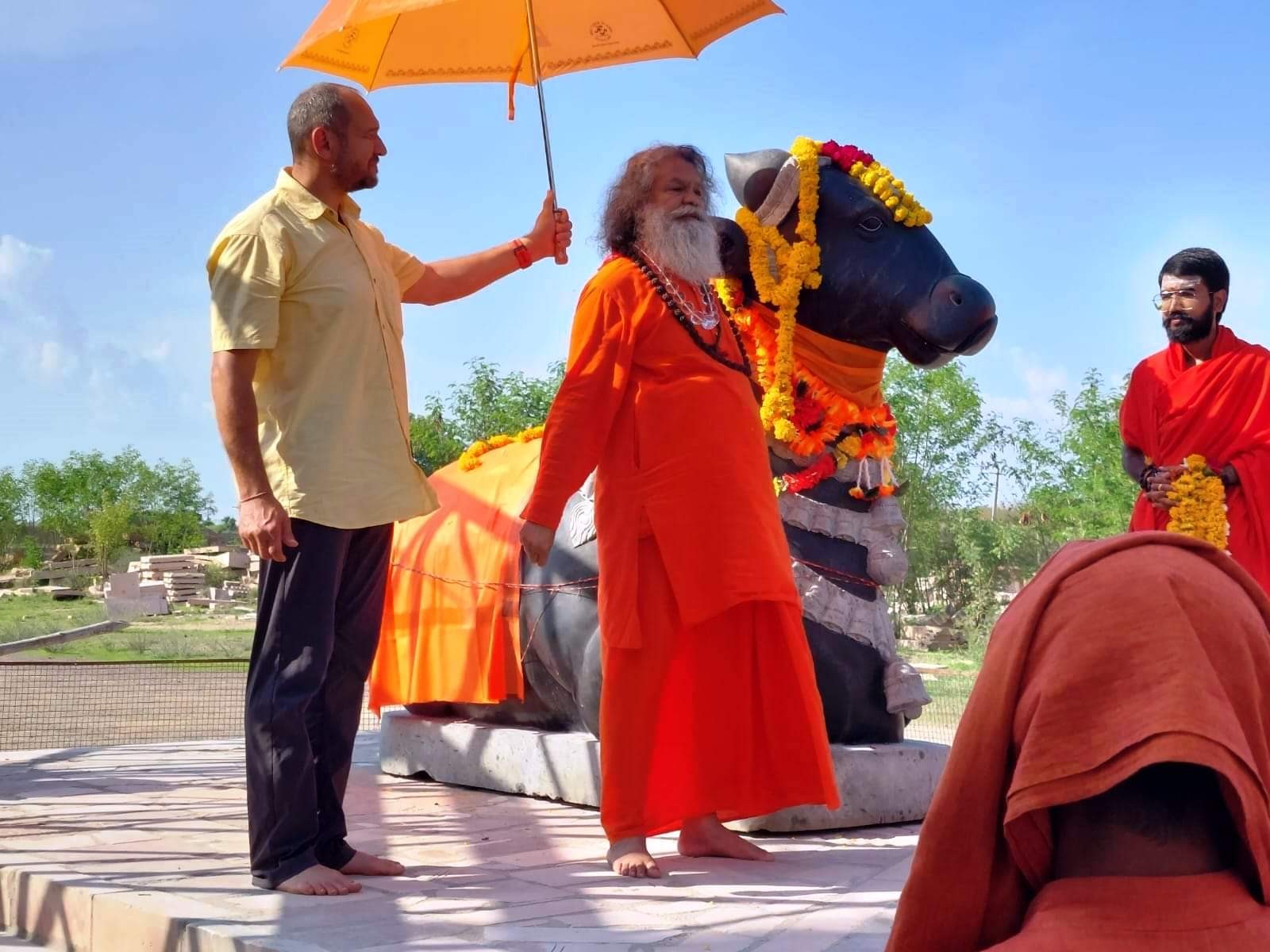 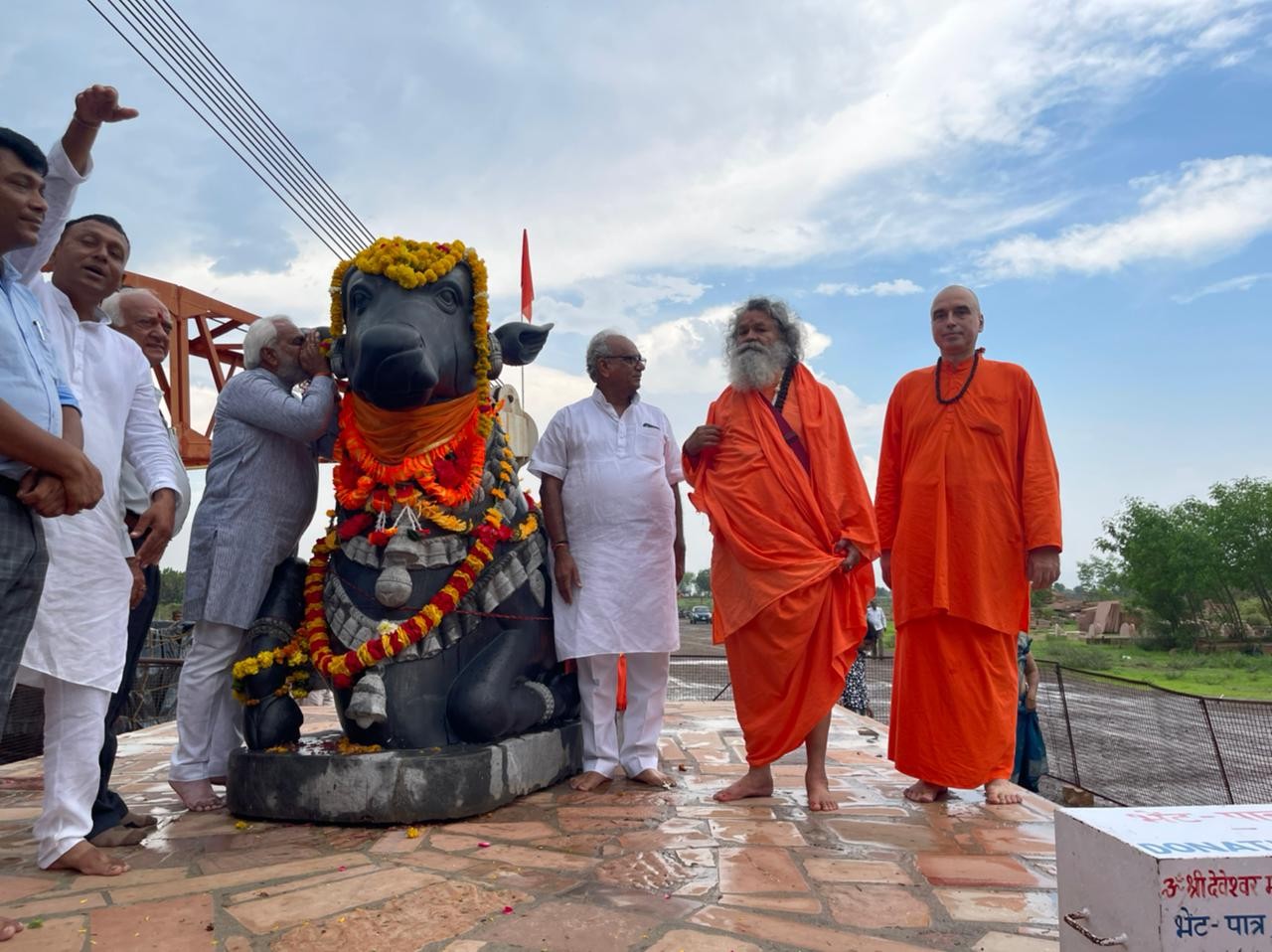 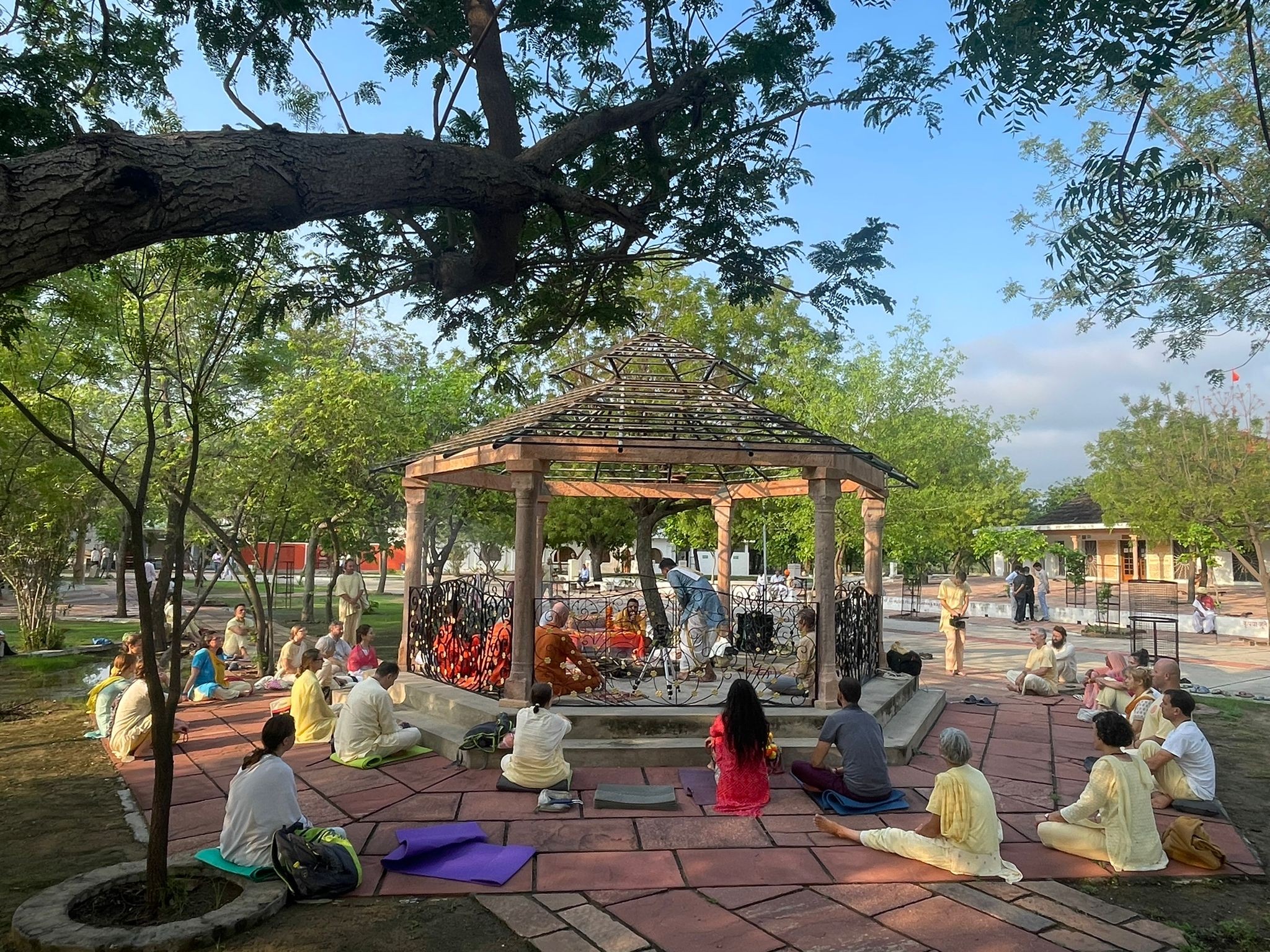 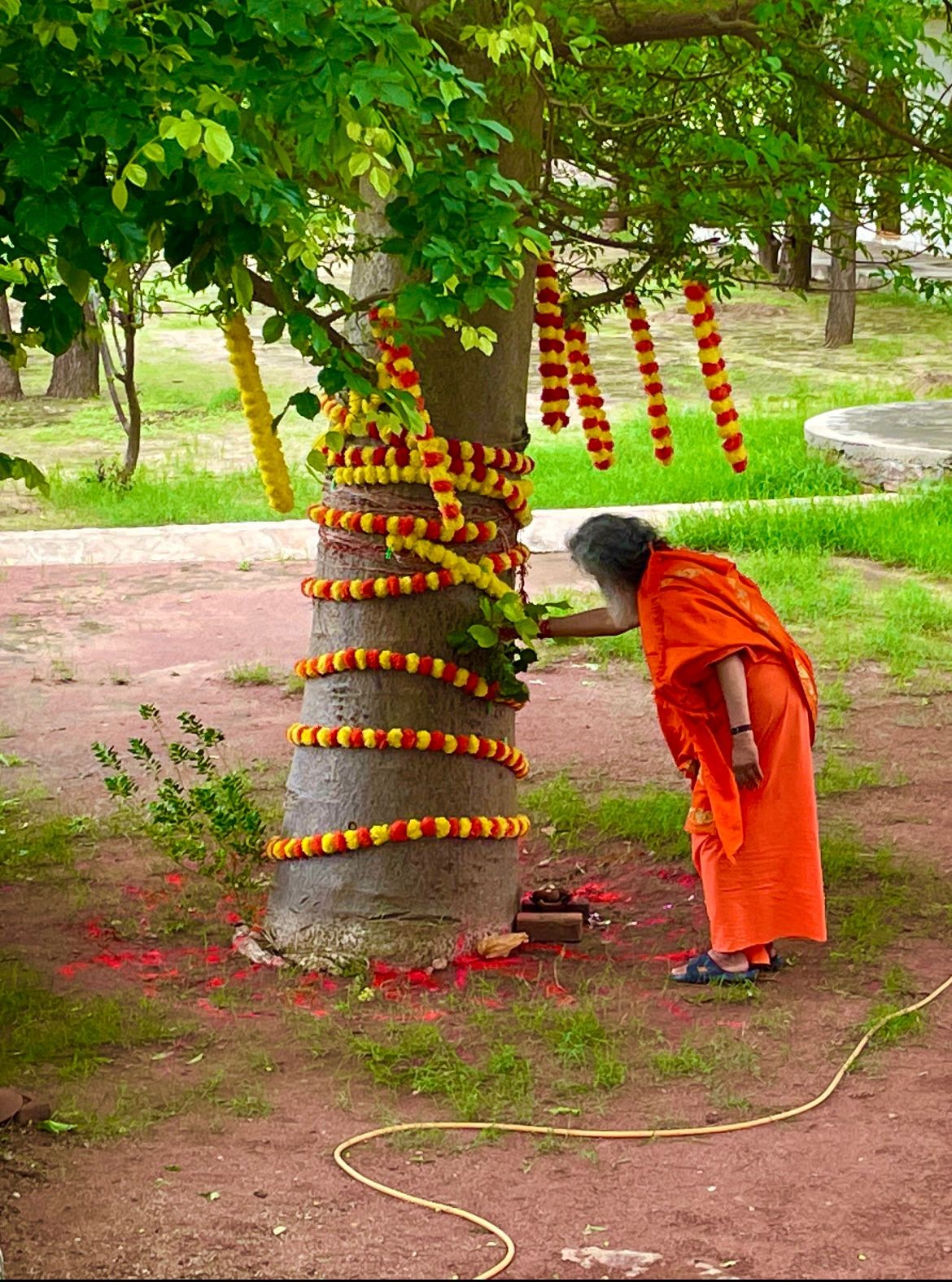