Weekend seminar and planting of Peace Trees in Vep, Hungary

His Holiness Vishwaguru Maheshwaranandaji paid his usual end of year visit to Vép, Hungary for an international yoga seminar. Participants visited the seminar from more than ten countries.

The weekend seminar was rich in programs, and alongside the usual practice of asanas, pranayamas and meditation, there was also a special program – the ceremonial planting of Peace Trees.

The main subject of the seminar was the anniversary of Sri Mahaprabhuji's mahasamadhi (final liberation from mortality) and Vishwaguruji said that for saints, it is said that on the day of mahasamadhi they become a Brahmalin – one merged in Brahman (God).

All participants dearly enjoyed some pearls of devotion from the book Lila Amrit, fragments from the divine life and guru-shisya (master and disciple) relationship of Sri Mahaprabhuji and Holy Guruji, vividly narrated by Vishwaguruji.

Vishwaguruji explained in one of his lectures, the common mistake in today's understanding of what yoga is: “Shiva has no mother and no father. He is Svayambhu, he manifested himself and he brought yoga to this world. Yoga is not only asanas, yoga is much more. Yoga is the way of spirituality and it is the core of all religions, but yoga itself is not a manmade religion.”

Vishwaguruji further emphasized the value of discipline in daily activity, as the realization of our long term intention. “If you do not wake up in the morning for your spiritual practice, if you don't have time for practice, then similarly skip your food that day,” said Vishwaguruji. Regular practice is the key to proper spiritual progress and a happy and healthy life.

The auspicious event of planting two Peace Trees took place in the center of town and in the Agricultural College in Vép. In the main square of  Vép, many representatives gathered, including the Vep city mayor, Mr Peter Kovacs, the vice mayor Vilmos Szijj and the director of Agricultural College Eva Hollosi. 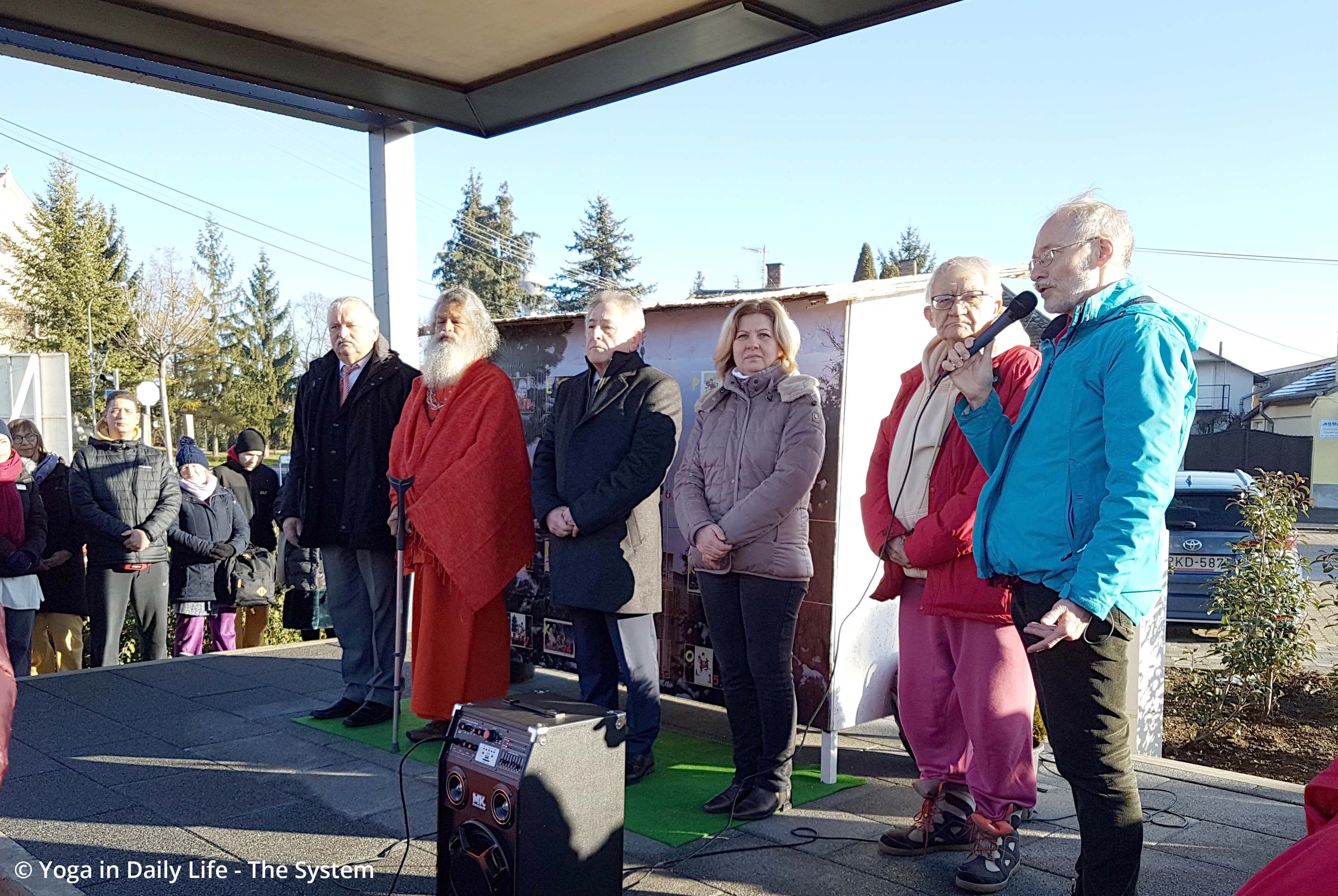 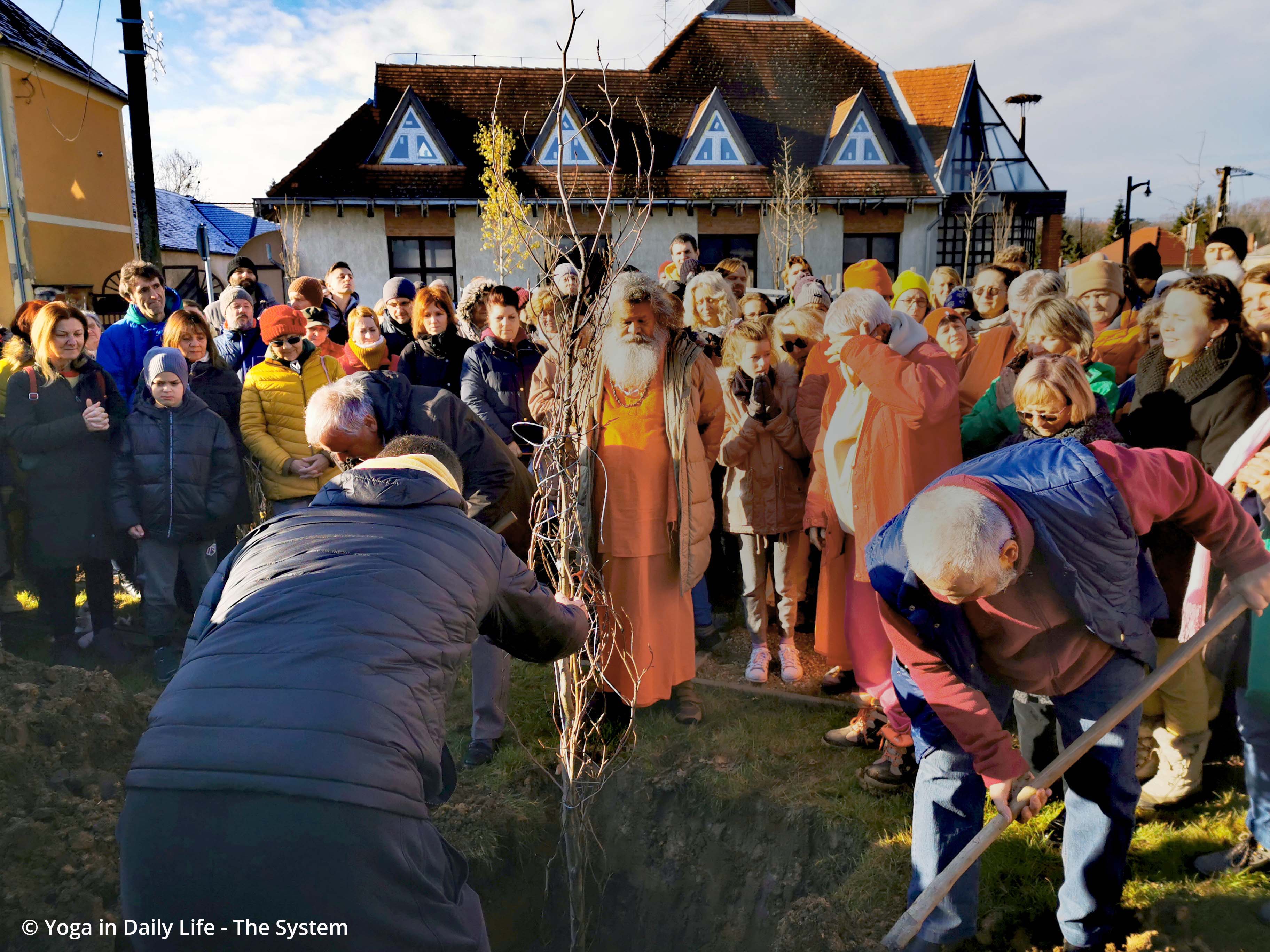 In the camp of the college, the director of the Agricultural Institute also represented the idea of environmental protection and spreading peace around the world. That has been His Holiness Vishwaguruji’s mission for more than two decades, with his many international Peace Tree planting ceremonies. 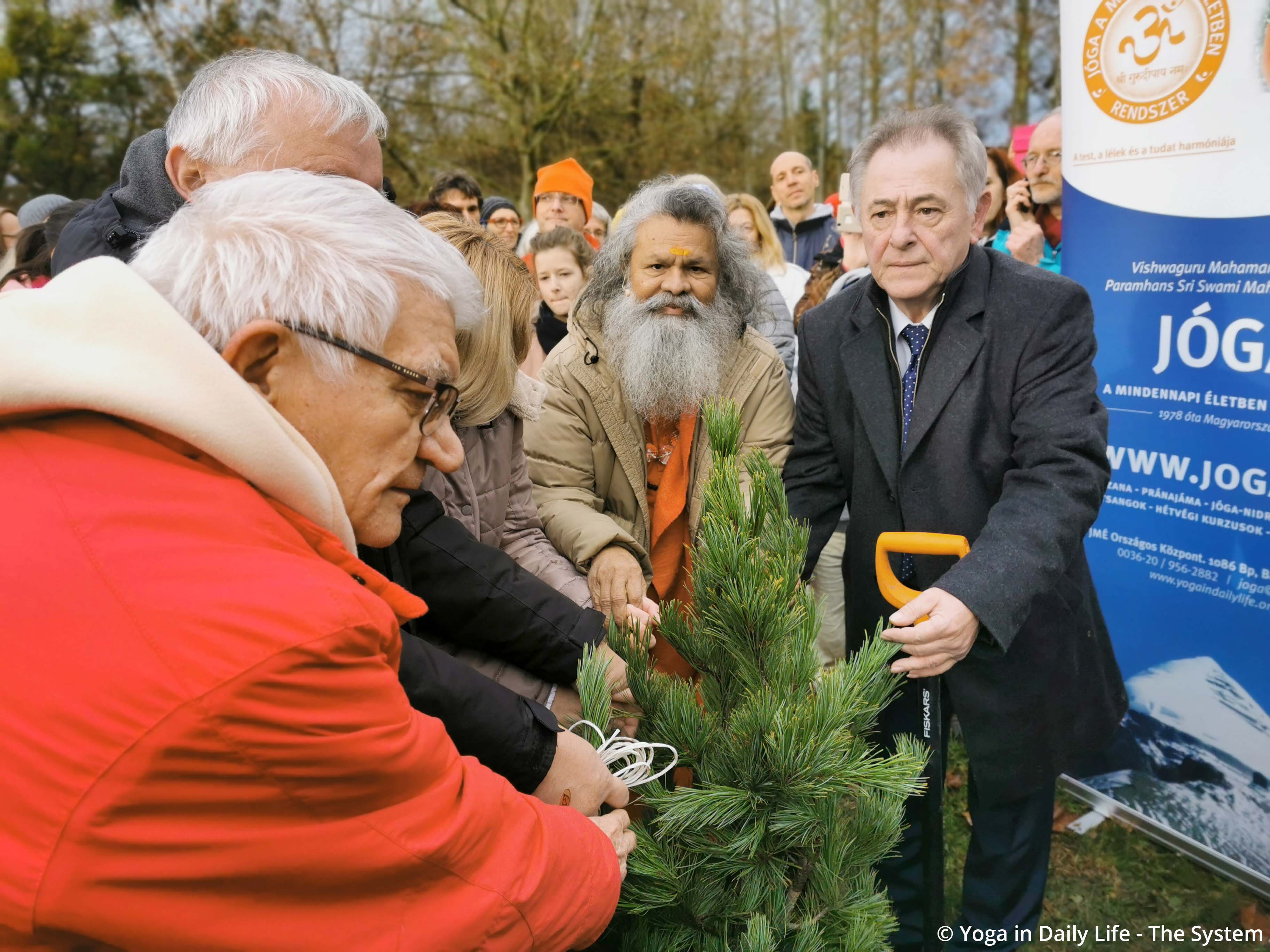 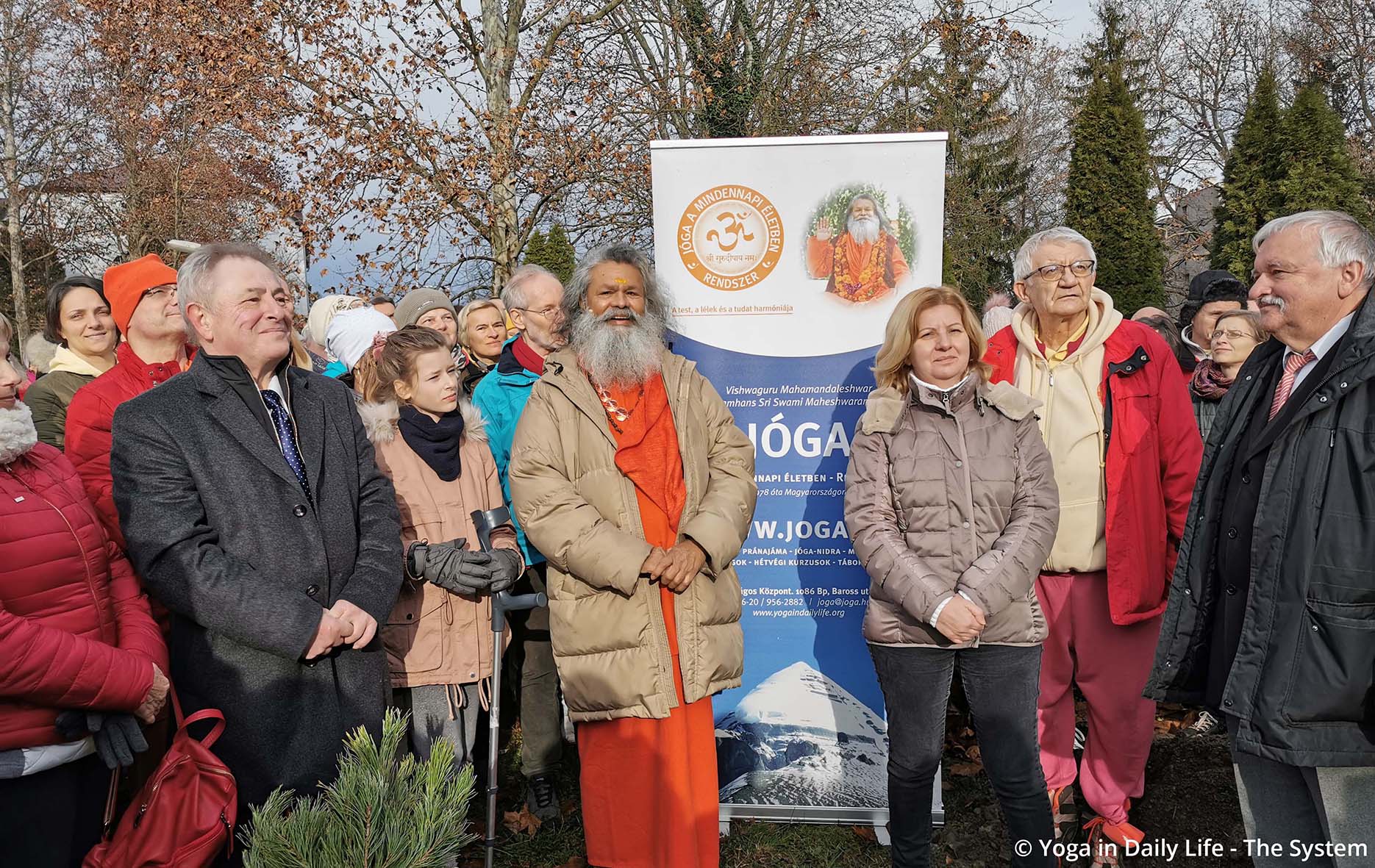