The Ayuryog Expo was opened by the Minister of AYUSH, Sripad Yesso Naik, at the convention mart of Greater Noida near Delhi, with an inaugural session. On inauguration, Vishwaguruji addressed the audience with inspiring words about yoga and pointed out the importance of practicing rather than just talking about yoga. 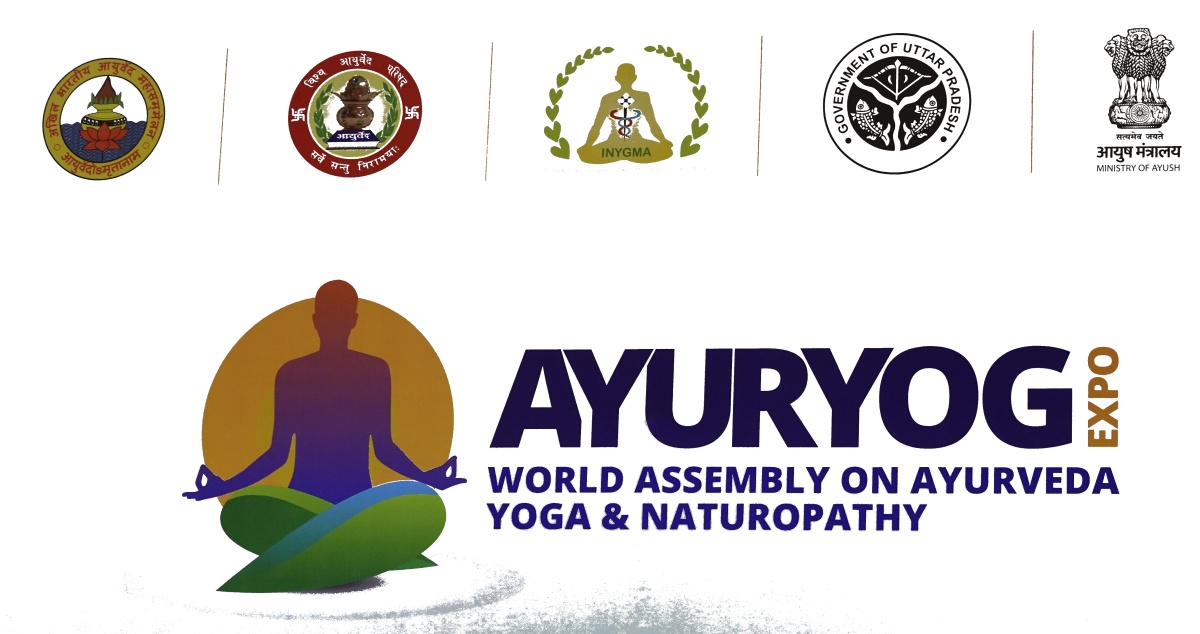 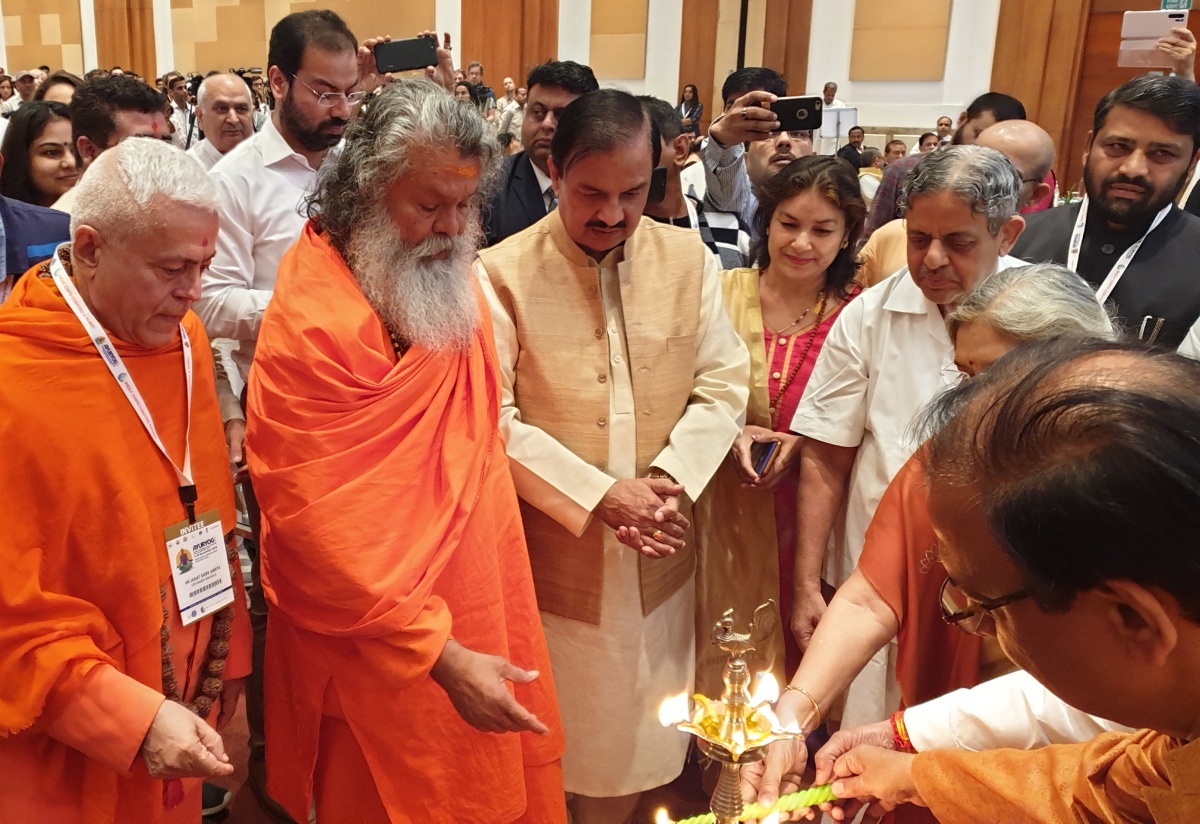 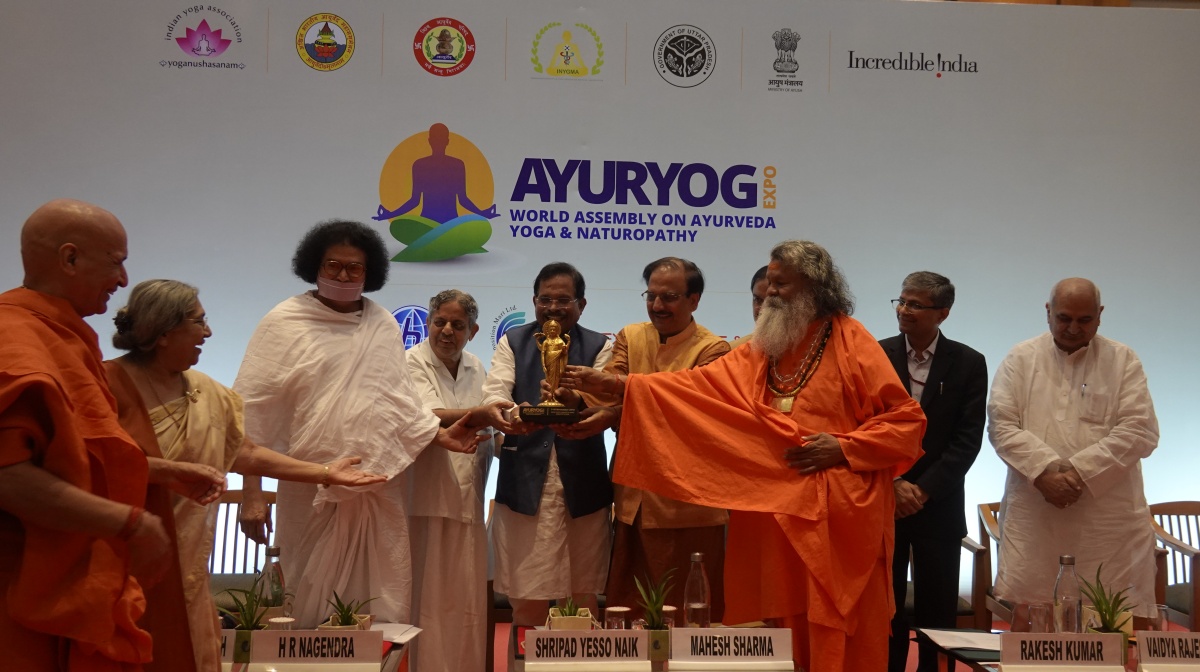 Giving the momento to the Ayush Minster Sripad Yasso Naik 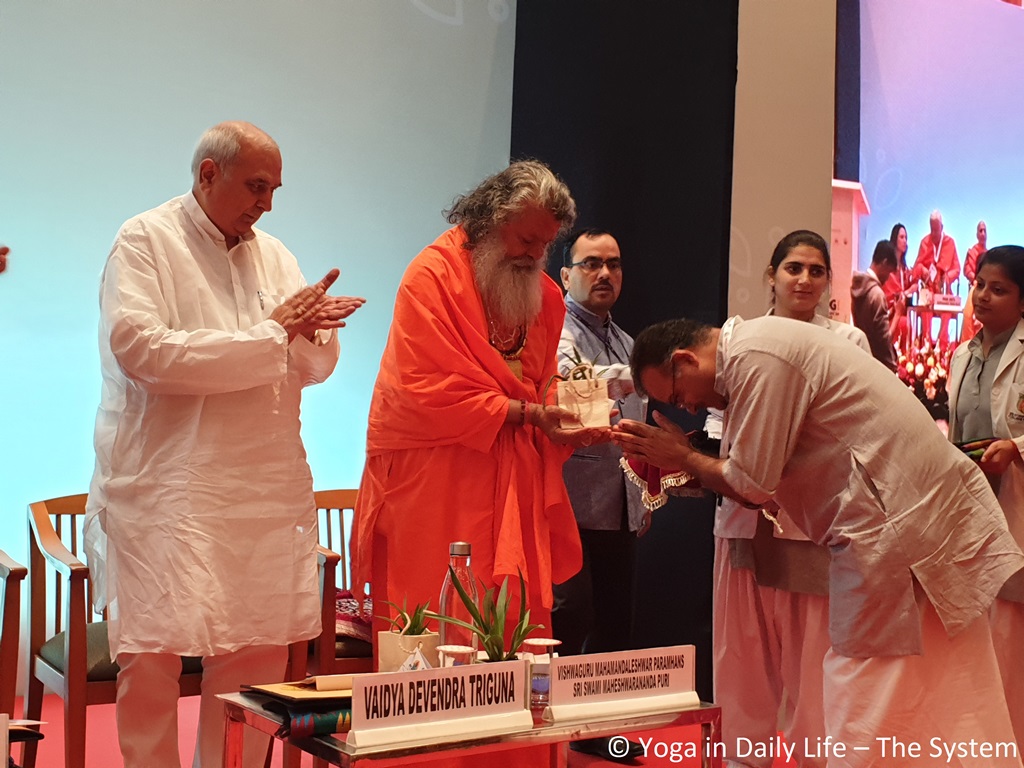 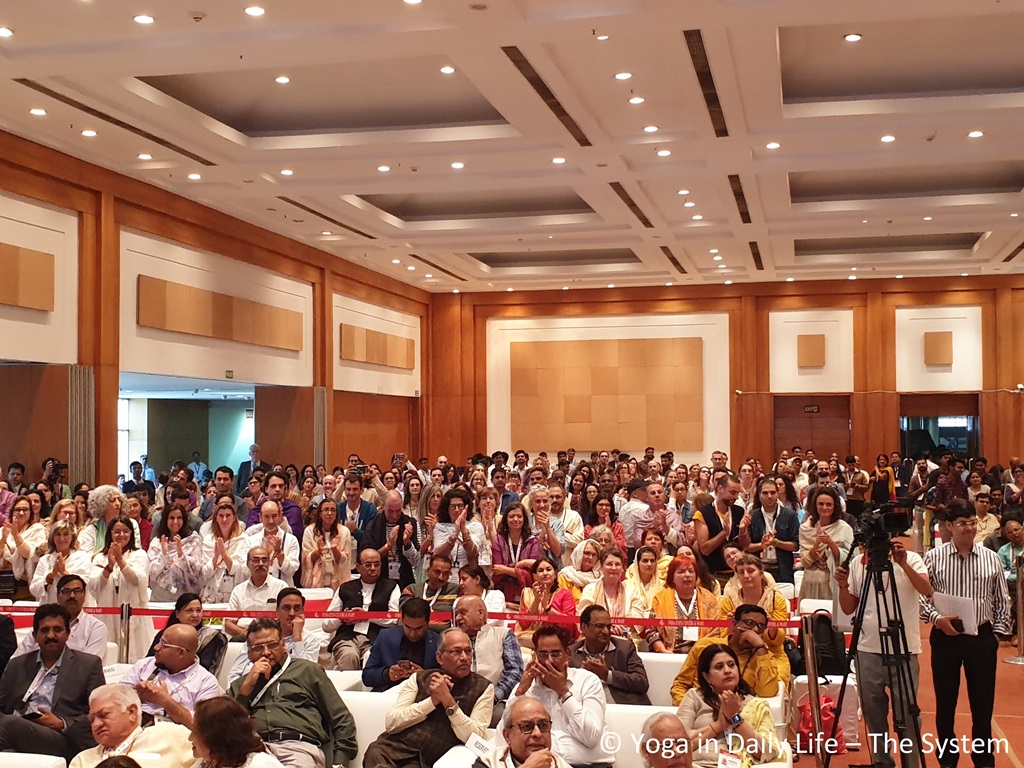 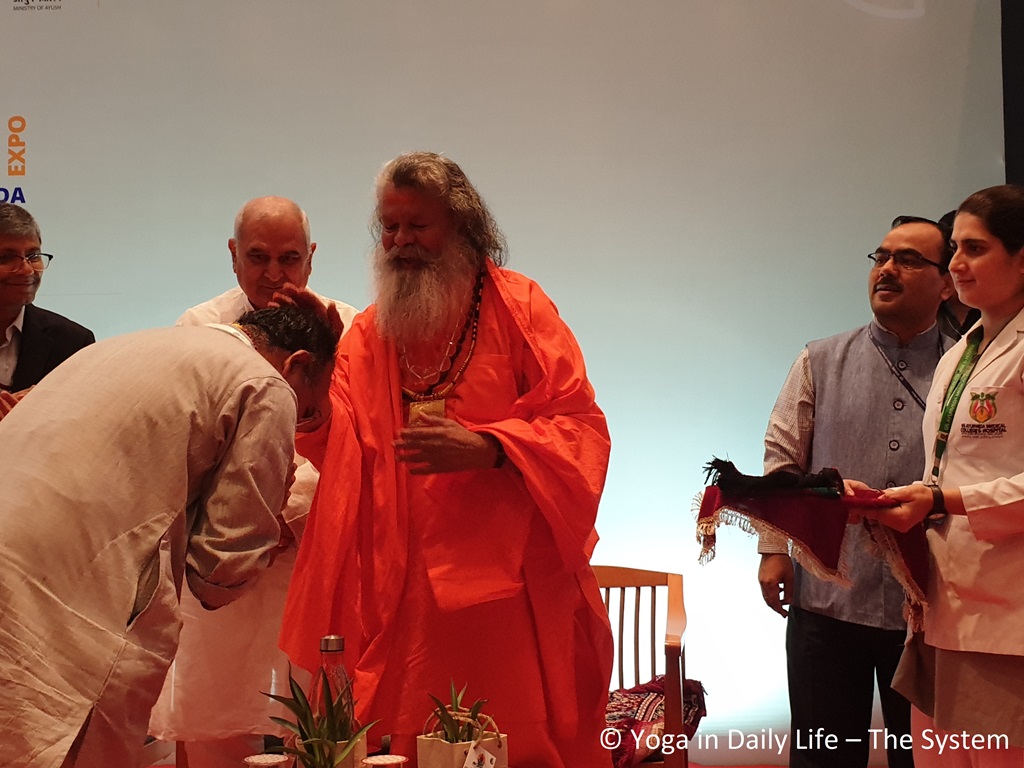 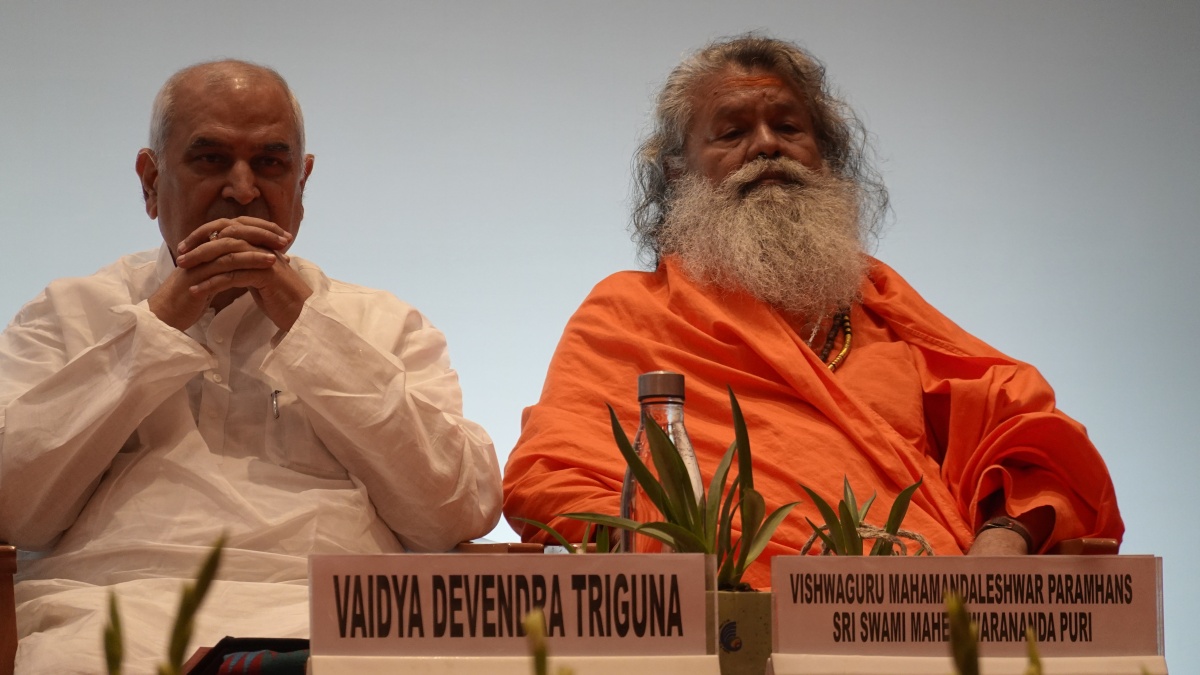 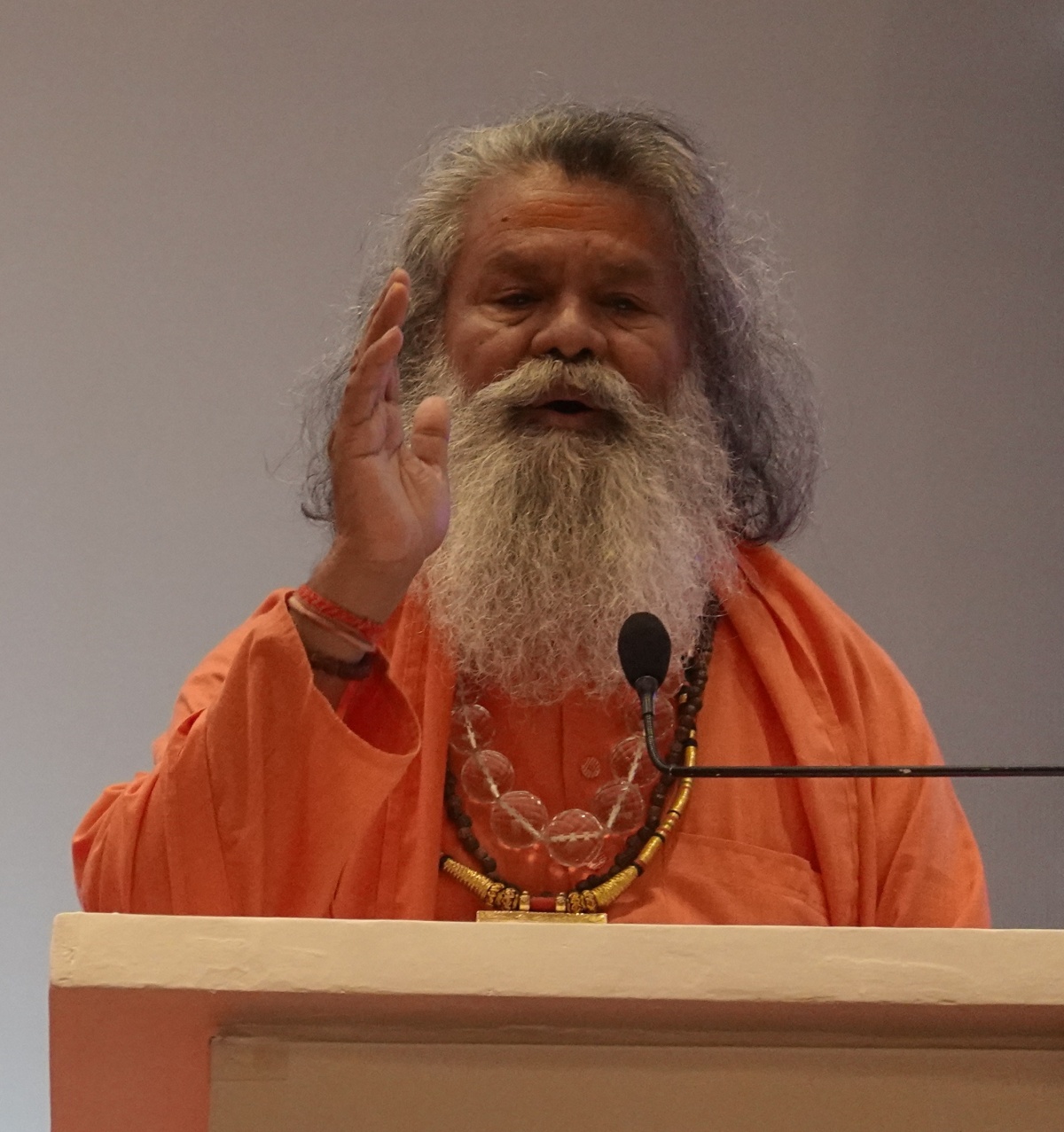 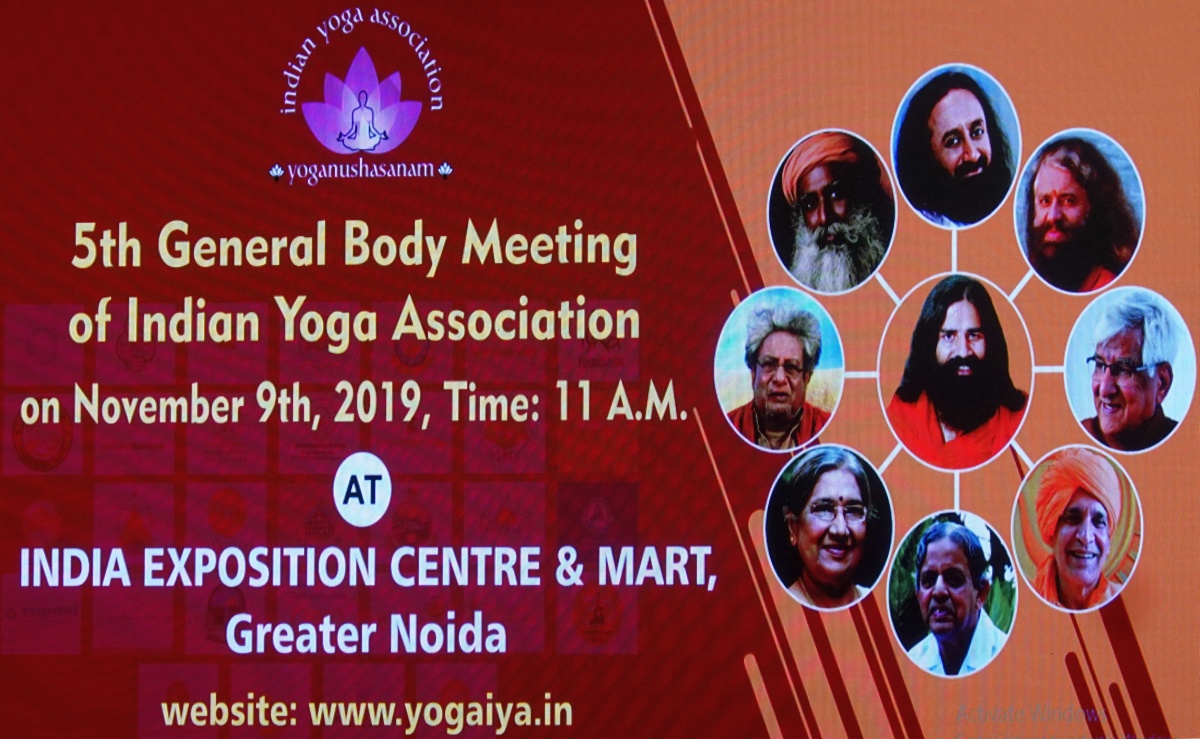 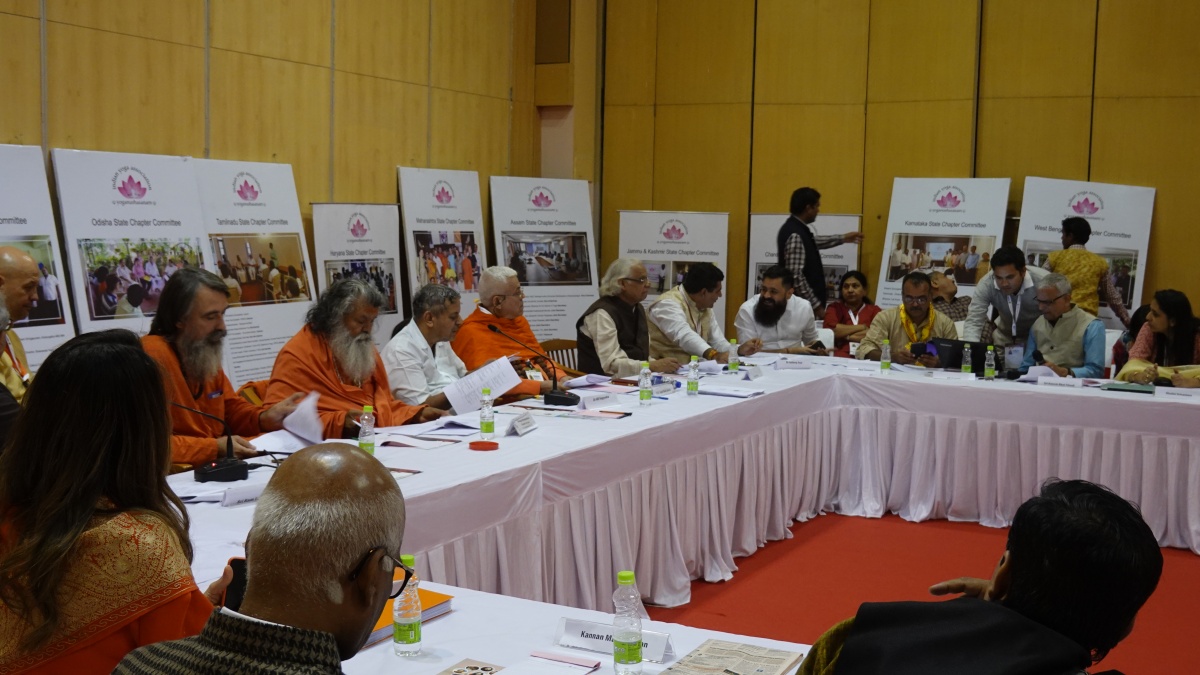 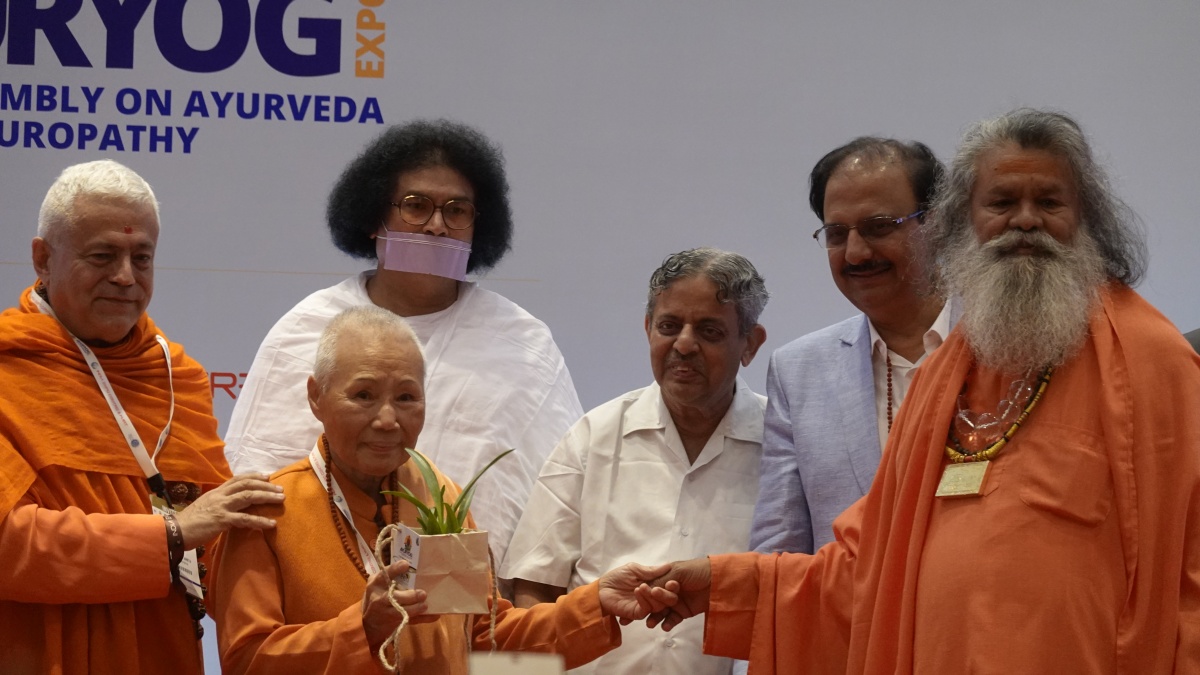 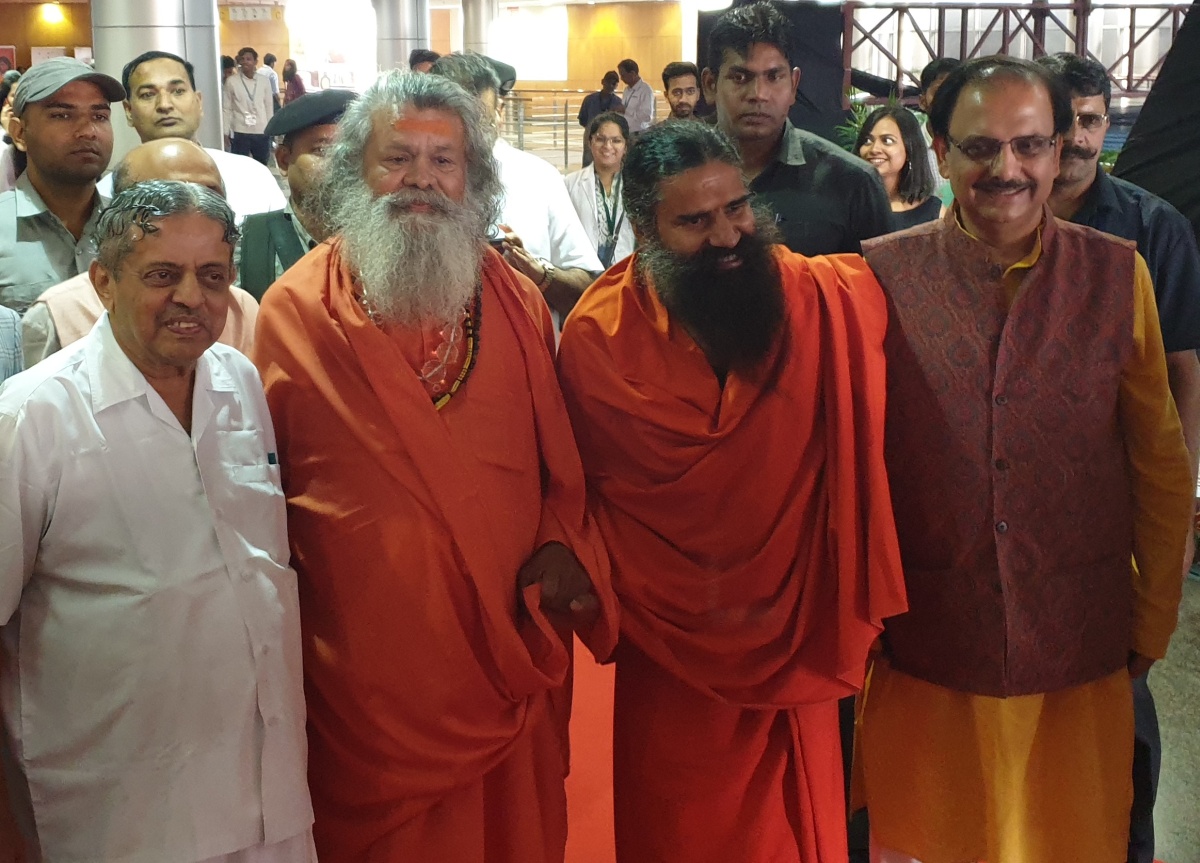