His Holiness Vishwaguru Maheshwaranandaji spent the long Easter weekend of 30 March – 2 April 2018 in Strilky, Czech Republic, amongst international spiritual followers from more than a dozen countries. 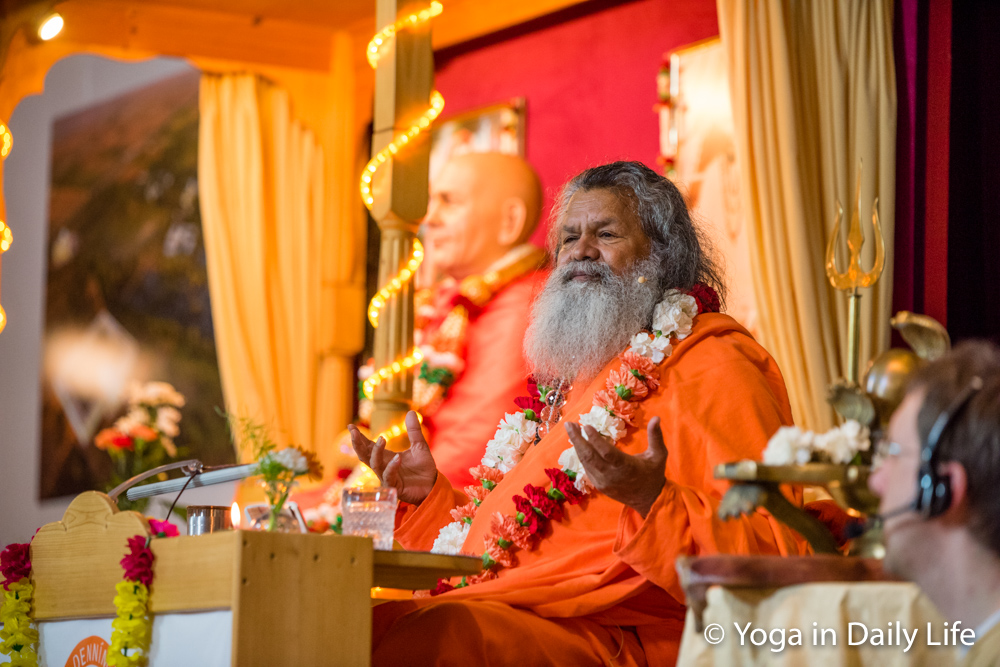 His Holiness Vishwaguru Maheshwaranandaji spent the Easter weekend of 30 March – 2 April 2018 in Strilky, Czech Republic, amongst international spiritual followers from more than a dozen countries. The long weekend gave the possibility for participants to take more steps along the path of spirituality and receive wisdom from the master. 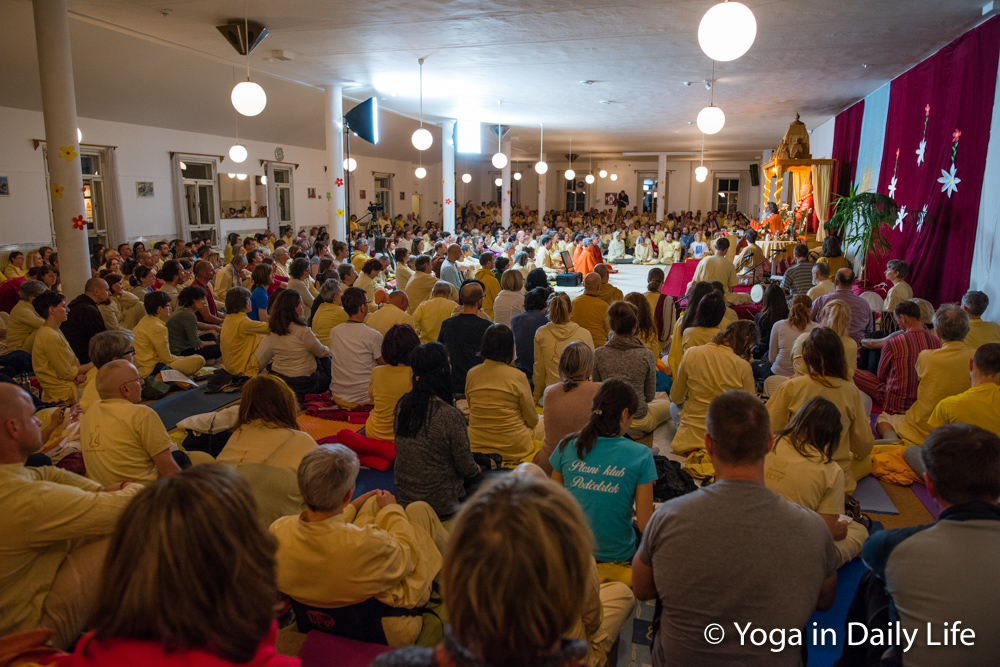 The weekend retreat was rich in spiritual events, for as well as being held during the time of Easter, there was also the full moon (purnima) and birthday anniversary of Hanumanji on Saturday.

The birthday of Hanuman is called ‘Hanuman Jayanti’. On this day, Vishwaguru told some of the stories about Hanuman, saying that he had many siddhis (attained perfections) and immense strength. He was an incarnation of the air element and also incarnation of God Shiva. Vishwaguruji advised those who feel fear to chant the Hanuman Chalisa daily.

When Hanuman went to search for the kidnapped Sita, wife of Sri Rama, he reached the palace of Ravana in Sri Lanka. When he was caught and interrogated, he declared himself to be a bhakta of Sri Rama and Sita, by tearing open his chest and showing that they were residing in his heart. Later he also brought the sanjivani herb from the Himalayas, together with the whole hill where the herb was growing, in order to save Rama’s brother Lakshman’s life. 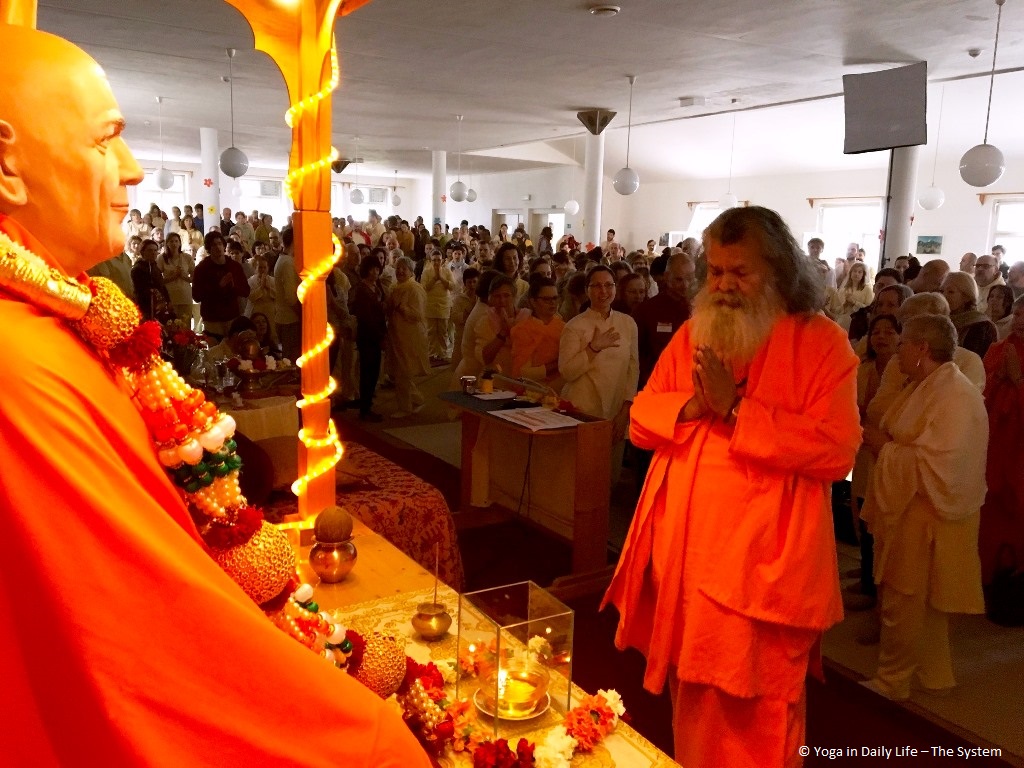 When they returned victoriously to the kingdom of Ayodhya, Hanuman’s ego was purified by Sri Rama. At first, Hanuman was proud of himself that he had brought sanjivani to Lakshman, built the bridge to Sri Lanka to rescue Sita, and also saved Rama’s life from the snake. Rama deliberately praised him to inflate his ego, saying how great he was. Finally Rama sent Hanuman away to deliver a ring to Lomas Rishi. When the Rishi accepted the present from Rama it was thrown into a pond. Hanuman thought that this meant the Rishi was being very arrogant, but he explained that the pond was full of many such rings, which were tax paid by God to the same Rishi after each successful mission on this Earth. Thus was Hanuman’s ego humbled when he realized his false greatness.

Vishwaguruji also recalled Holy Guruji’s story about a fortune teller. Guruji asked, if they were so talented in telling others how to make the fortune, why they did not make a lot of money for themselves? So it happened that Guruji went to an astrologer in Mumbai and asked him how he would get the fare for the bus ticket. The astrologer humbly told Guruji that he was doing tricks for his living and he gave a 100 rupees donation to Guruji.

“Don’t be misguided by fortune tellers and self-made masters,” Vishwaguruji advised. “Be humble and be sure that you are not the only one who is the best. Others should get the same treatment, whether they are your friend or enemy. Before self-realization, purification of antahkaranas has to take place and that cannot be avoided. This is what we must do, instead of visiting future tellers.”