On 12 January 2018, Vishwaguruji was awarded D.Litt (Doctor Litterarum) due to his extraordinary work in the field of Yoga, namely Yoga in Daily Life - the System.

Vishwaguru Paramhans Swami Maheshwaranandaji has been ordained with this highest academic achievement - Doctor Litterarum (Doctor of Letters) - by Chancellor Dr H.R.Nagendra and Vice-Chancellor Dr G. Ramachandra Bhat of the S-VYASA University, who presented Vishwaguruji with this prestigious degree on the 15th Convocation held at the University in Bangalore, India. 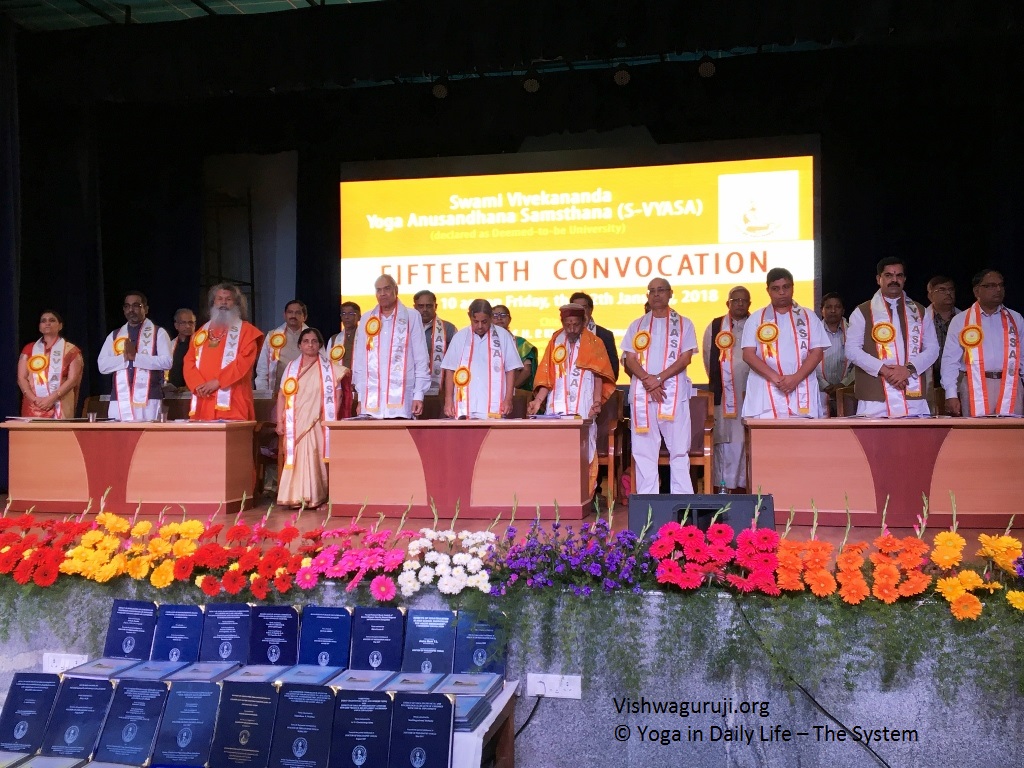 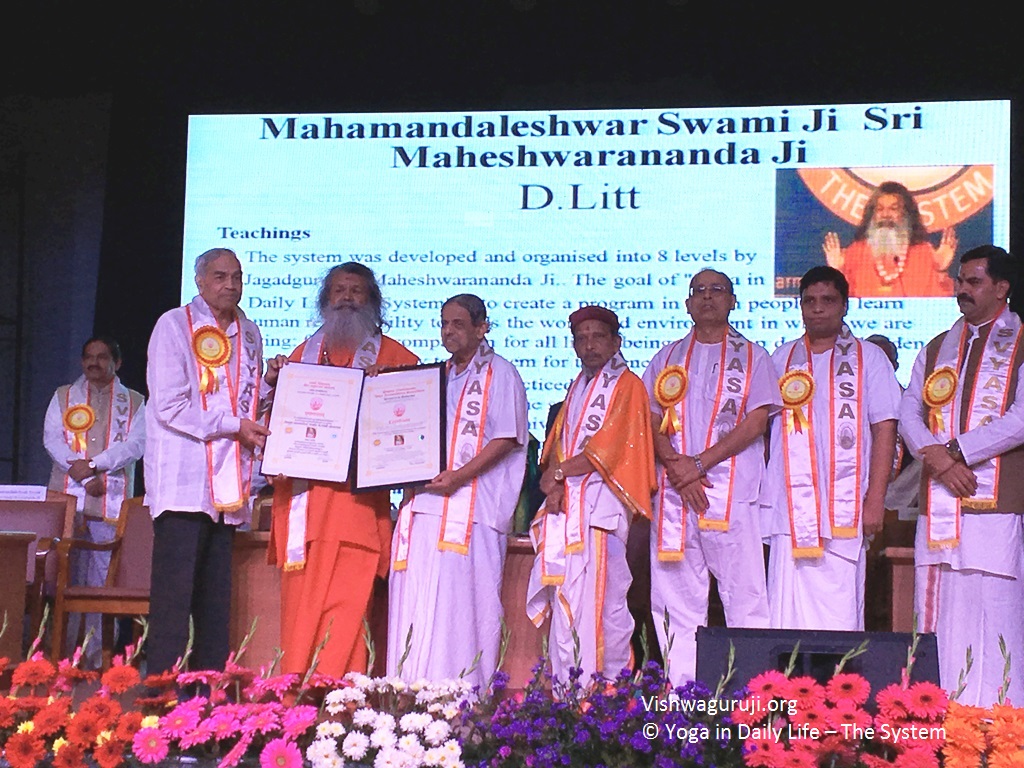 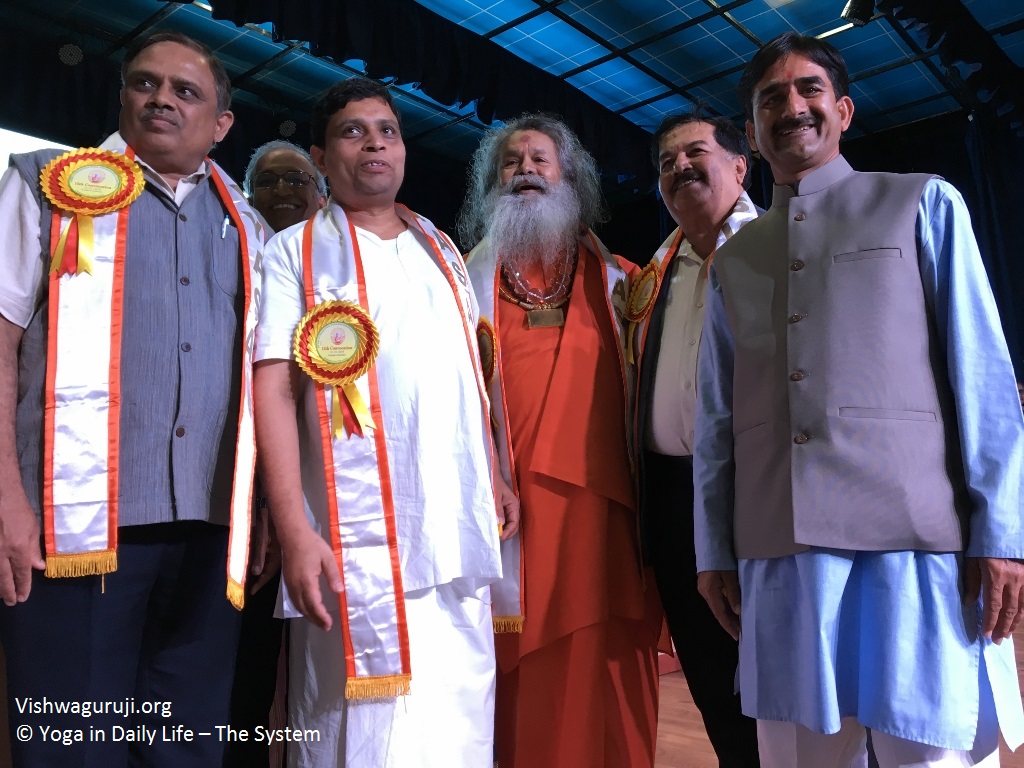 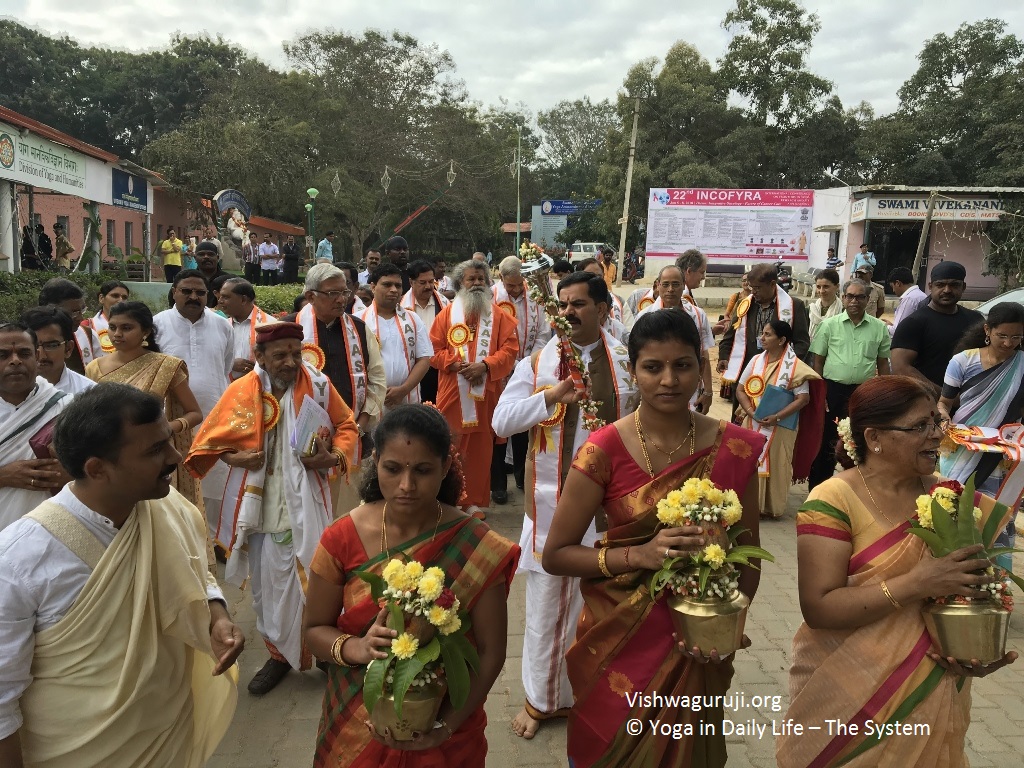 D. Litt. is an academic degree, a higher doctorate which, in some countries (e.g. UK, Australia, India, Ireland), may be considered to be beyond the PhD (Doctor of Philosophy) or the EdD (Doctor of Education) and equal to the Doctor of Science (D.Sc.). It is awarded in many countries by universities and academic bodies in recognition of achievement in the humanities, original contribution to the creative arts, or scholarship and other merits.

The D.Litt. degree may also be awarded honoris causa (honorary degree) to such personalities whose record of published work and research shows conspicuous ability and originality and constitutes a distinguished and sustained achievement as the university deems worthy of this highest academic award.