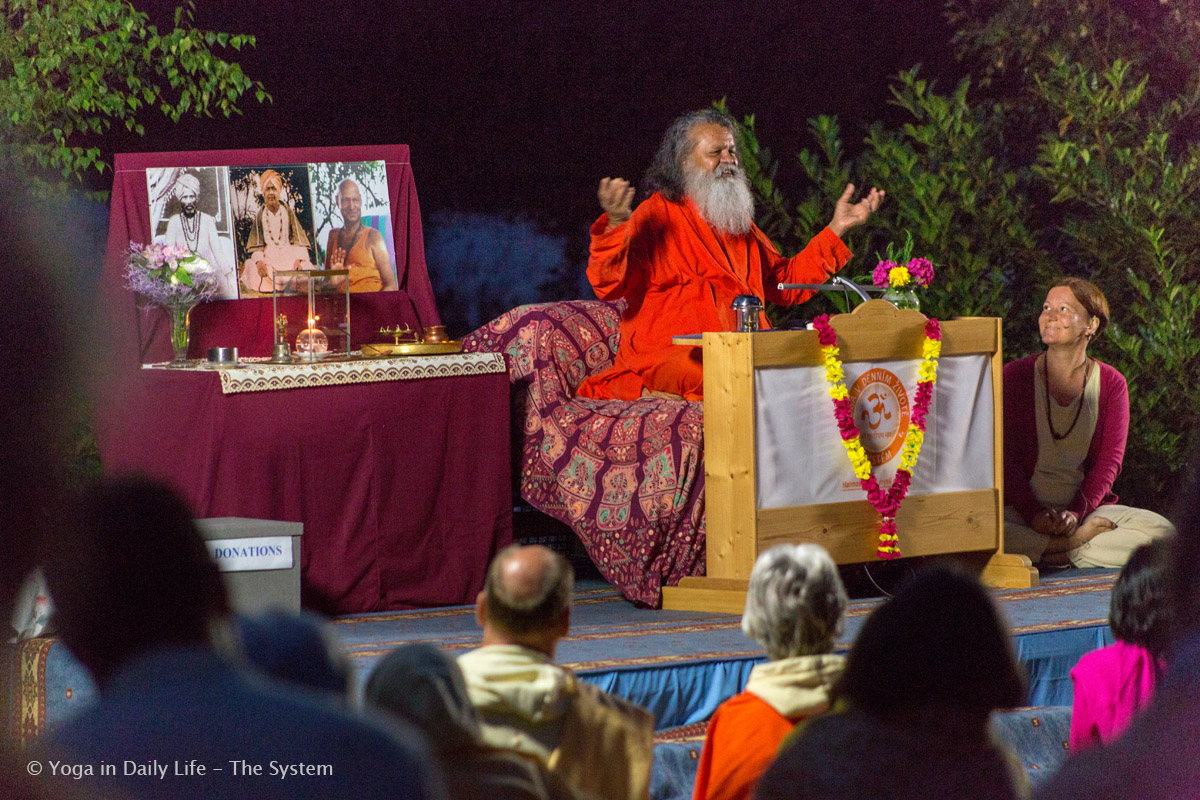 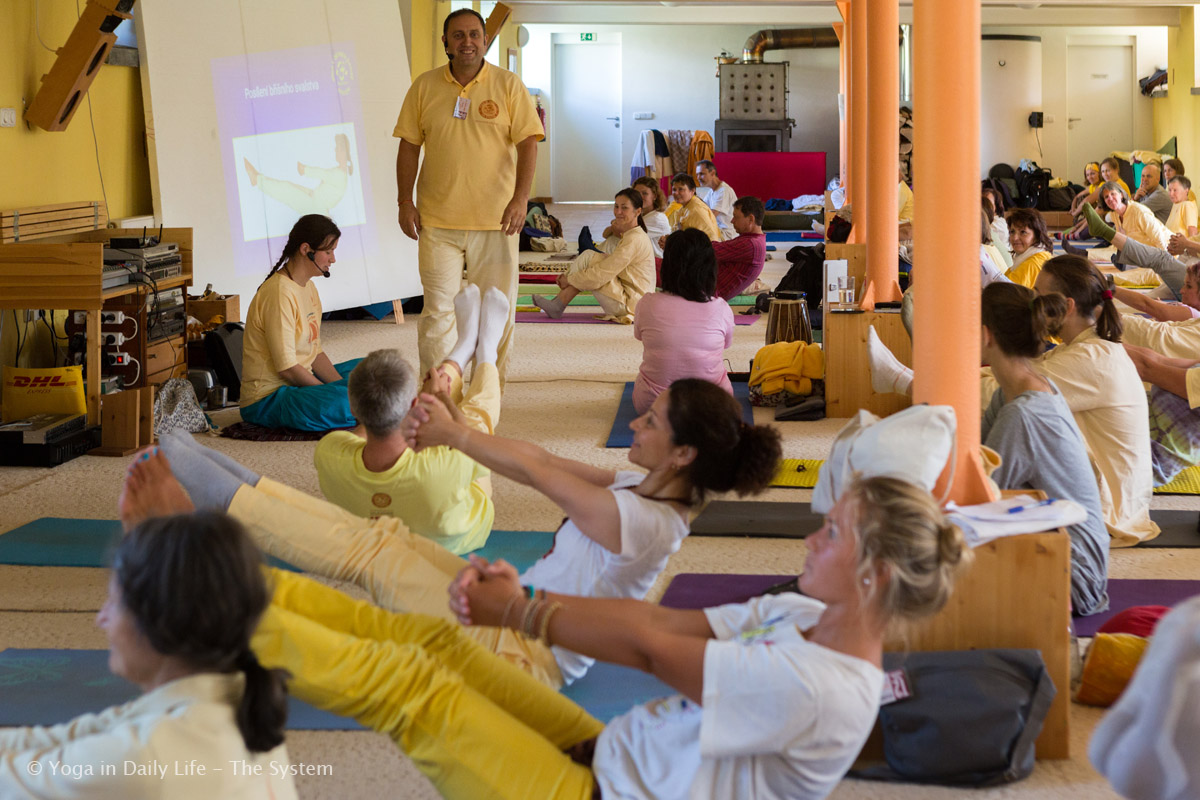 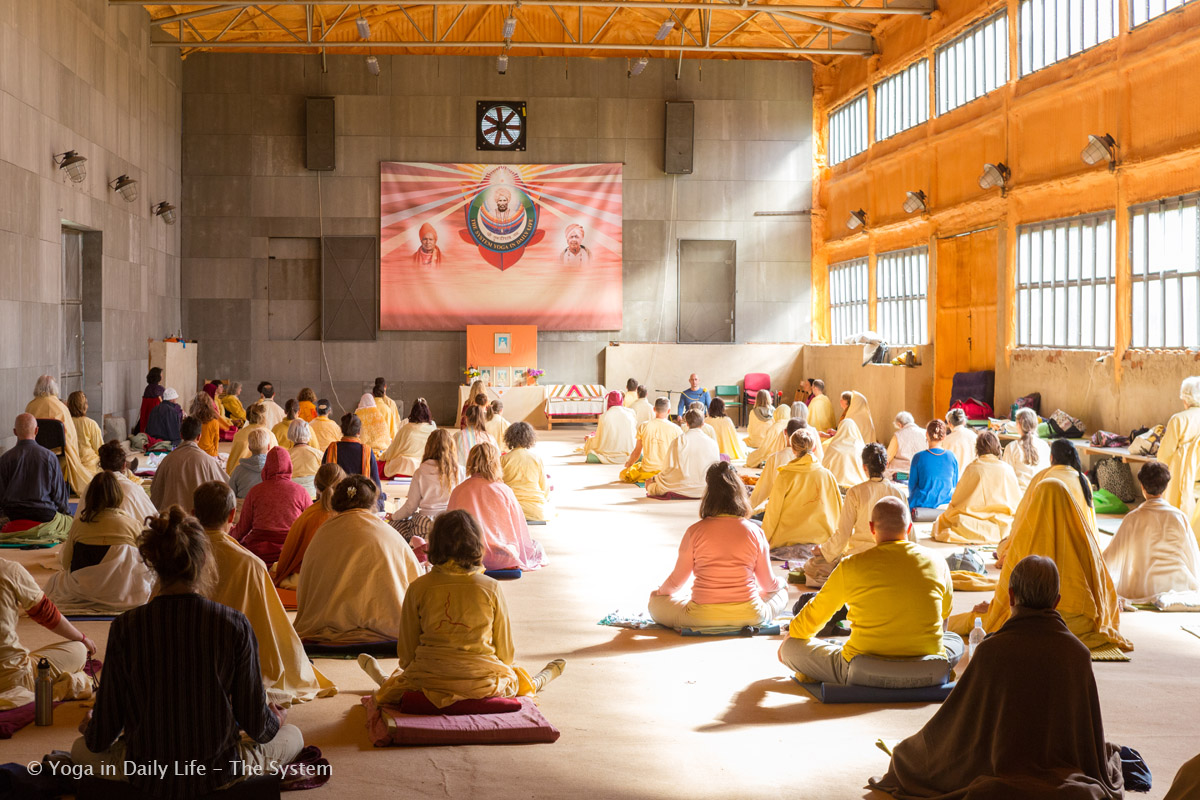 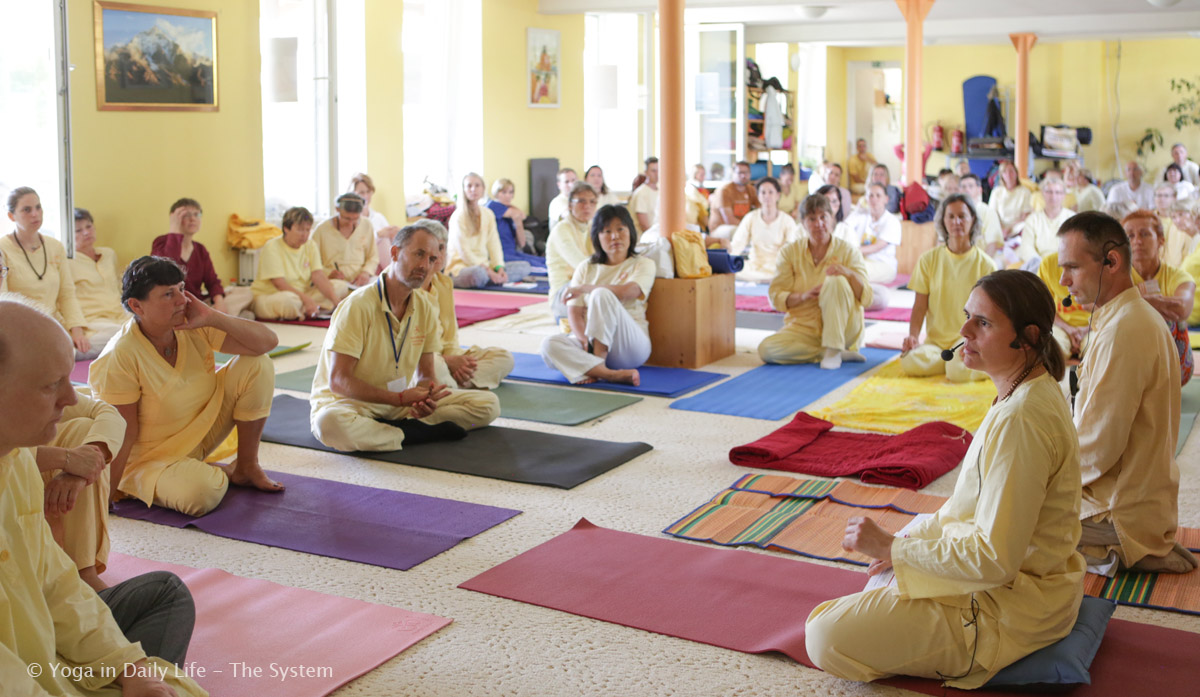 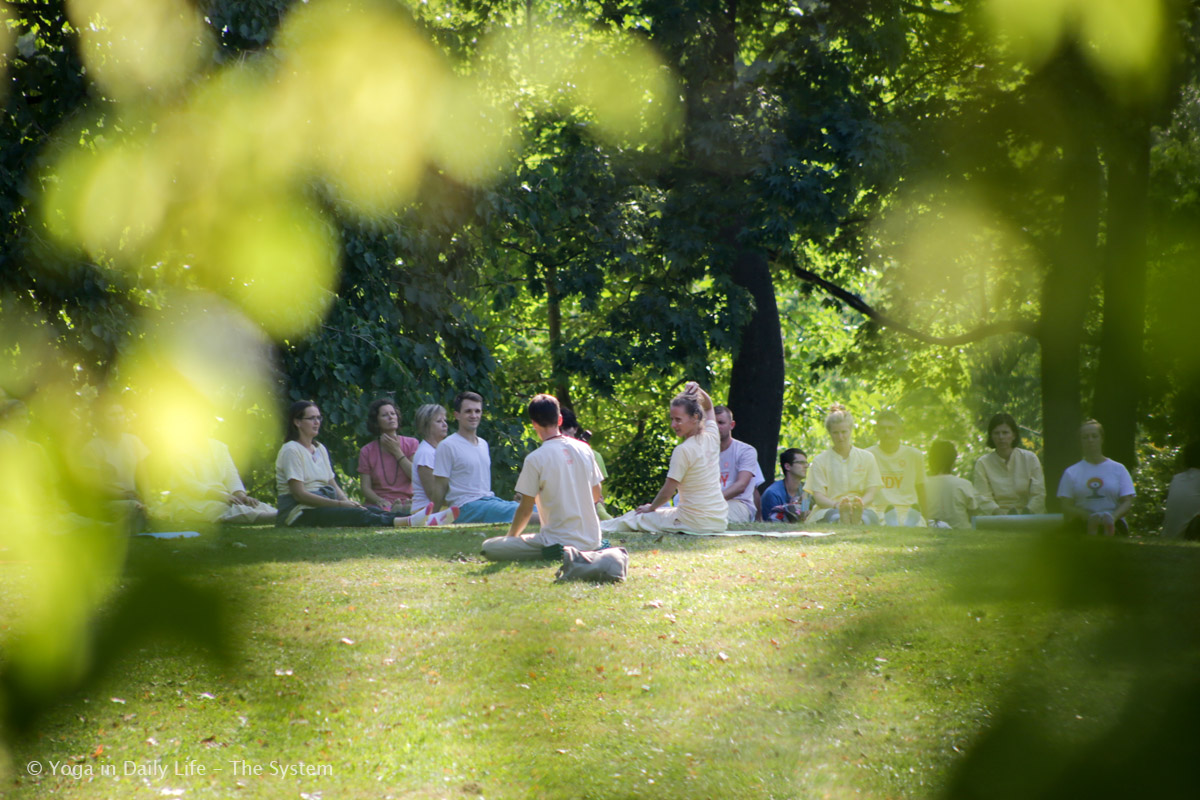 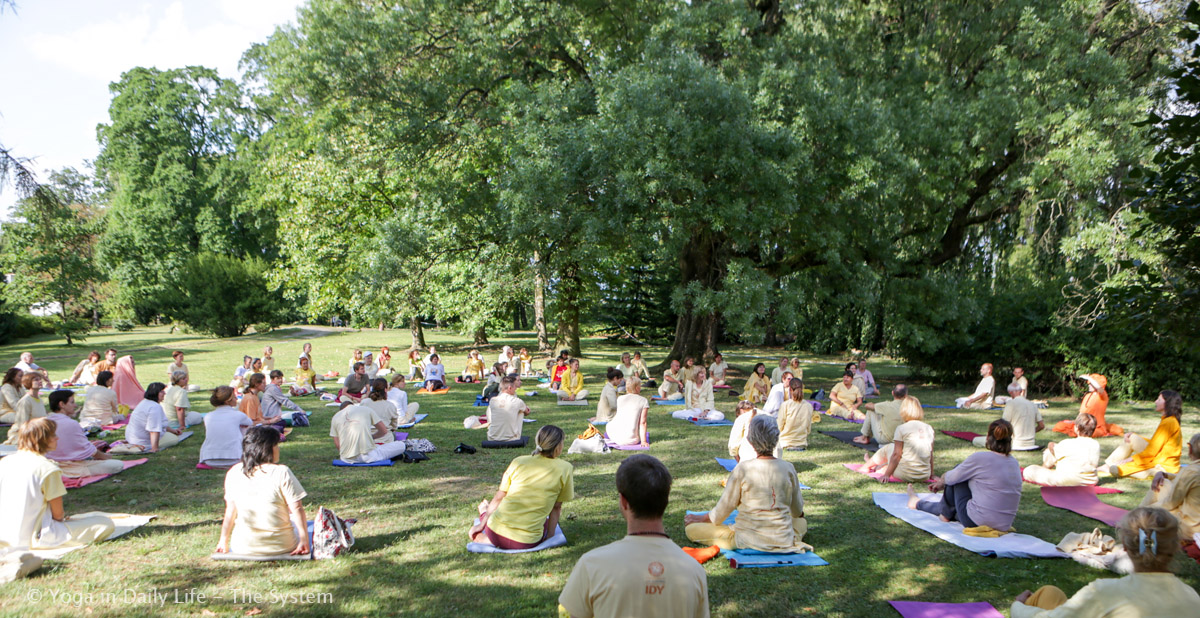 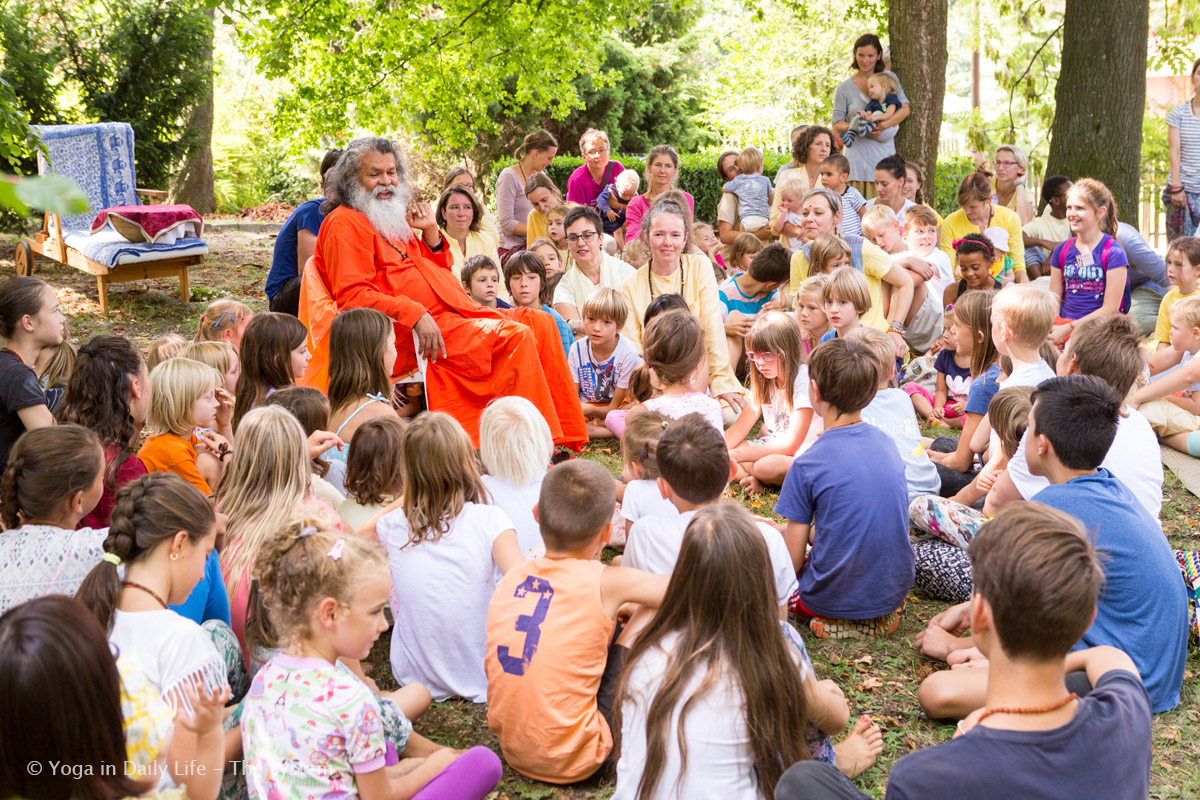 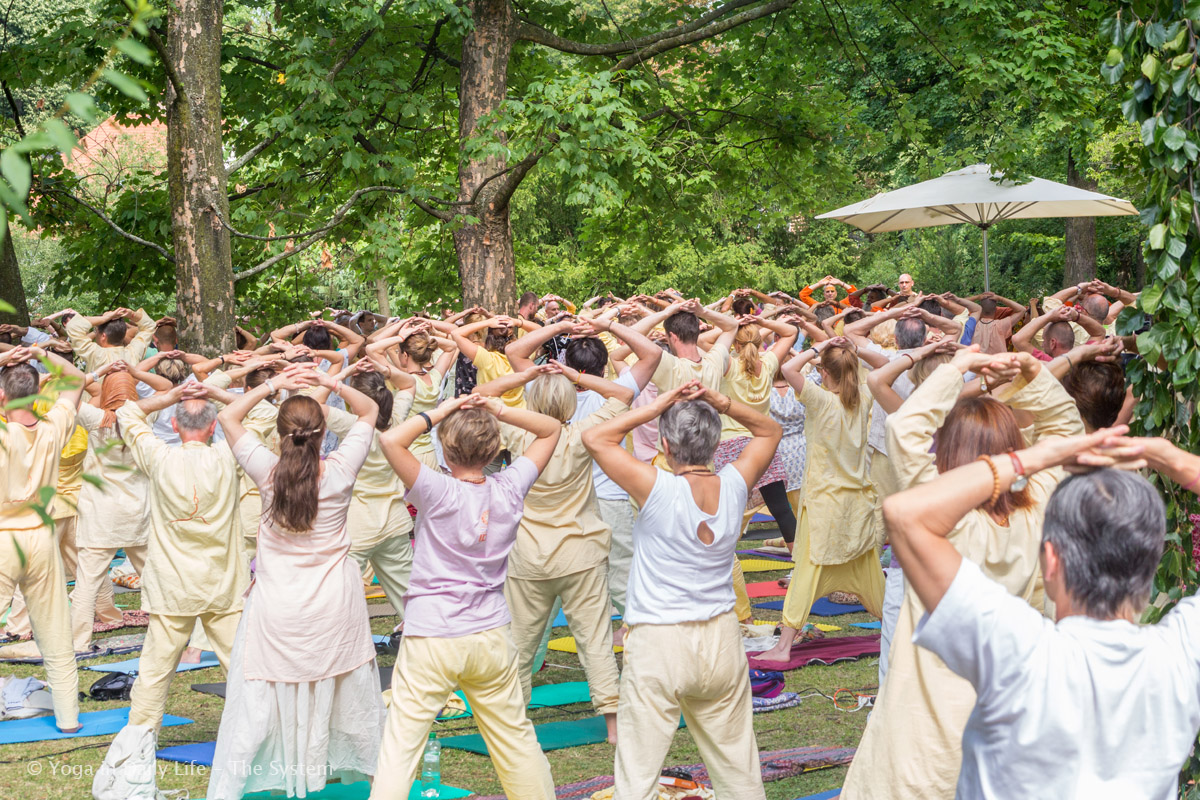 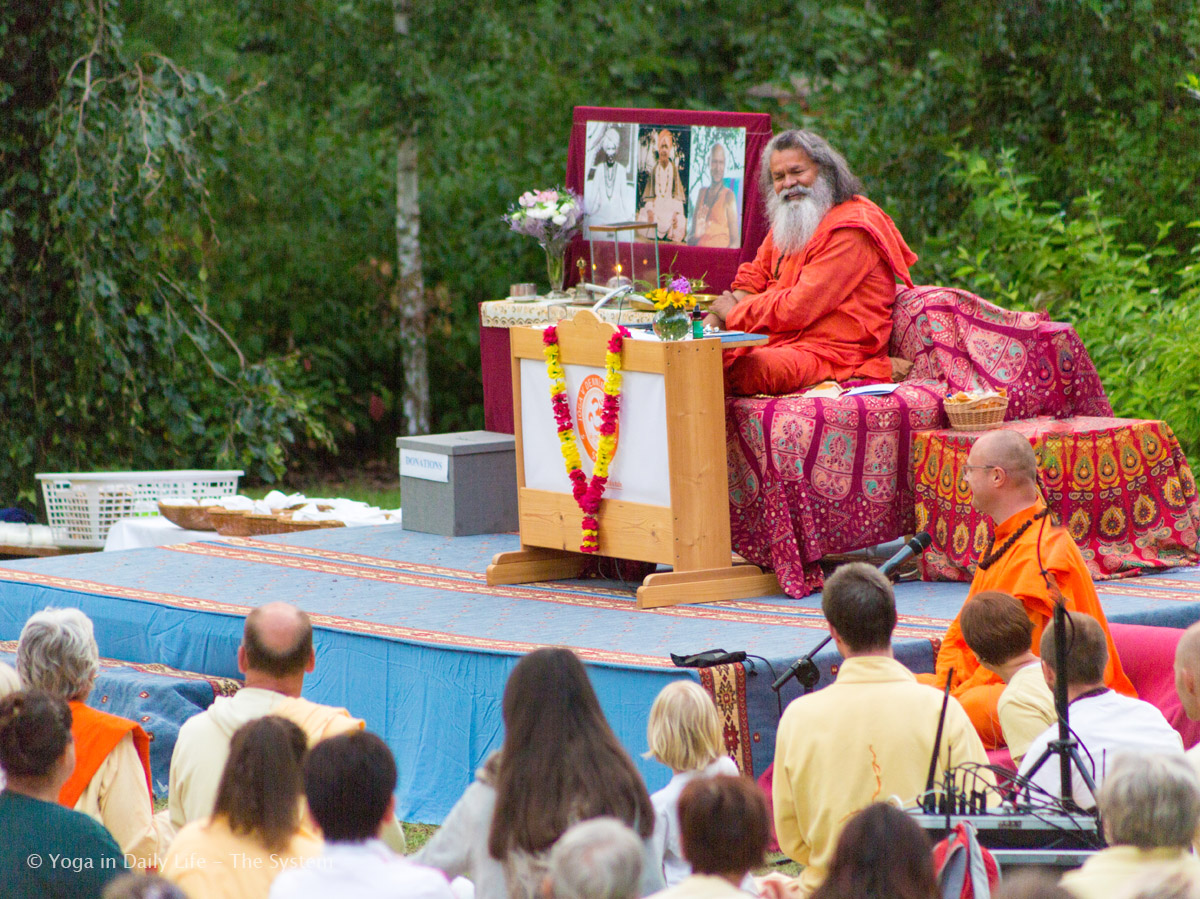 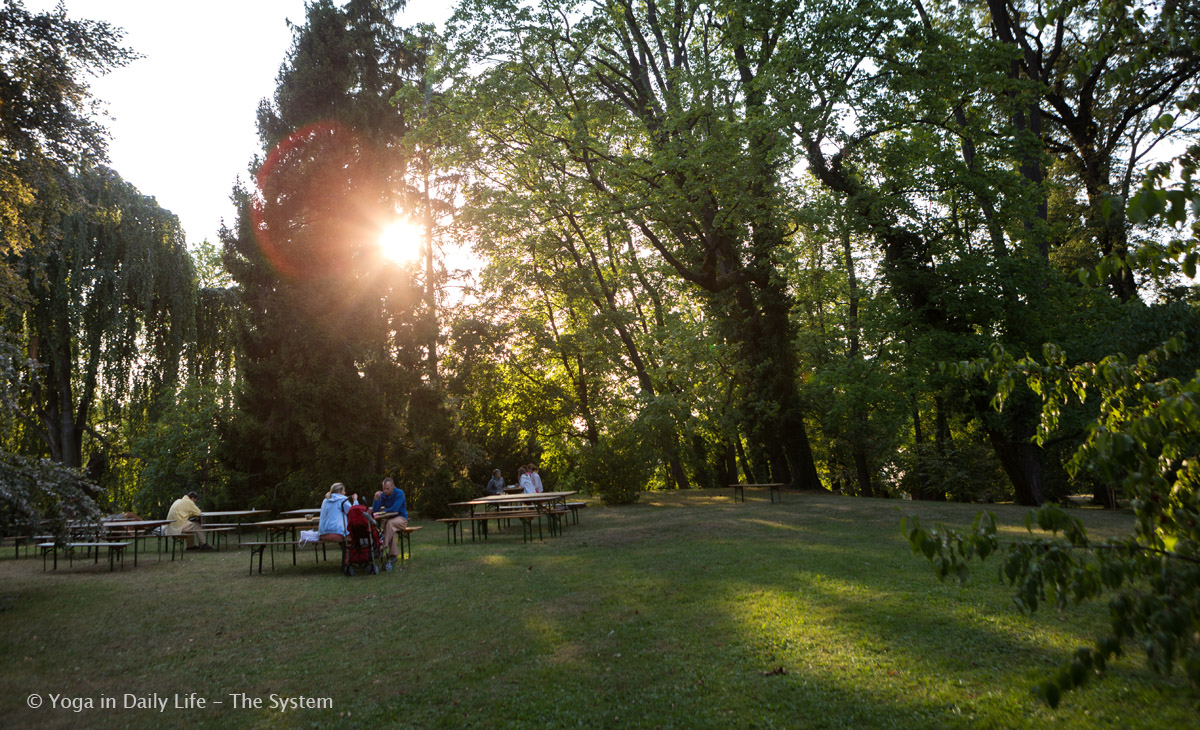 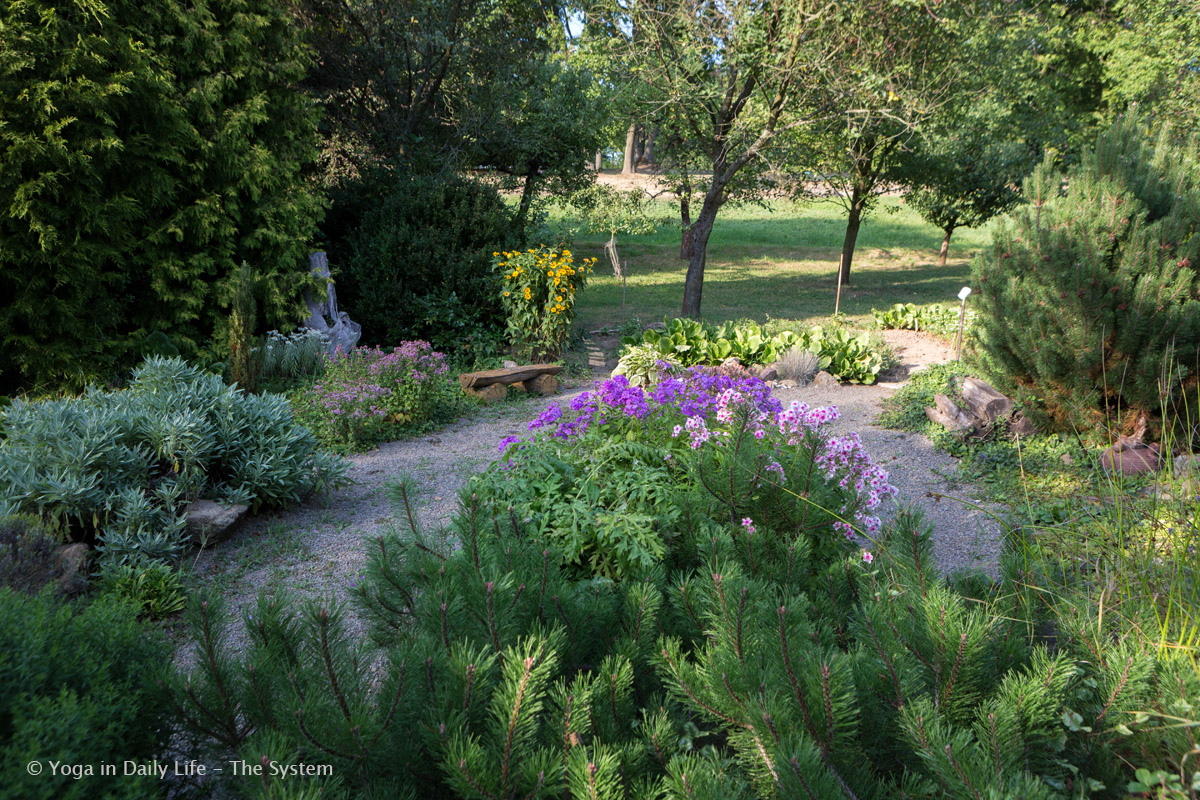 His Holiness Vishwaguruji touched many topics in his lectures during the three weeks of the summer retreat, but two of them received the most emphasis: Darshan and Kriya Yoga. 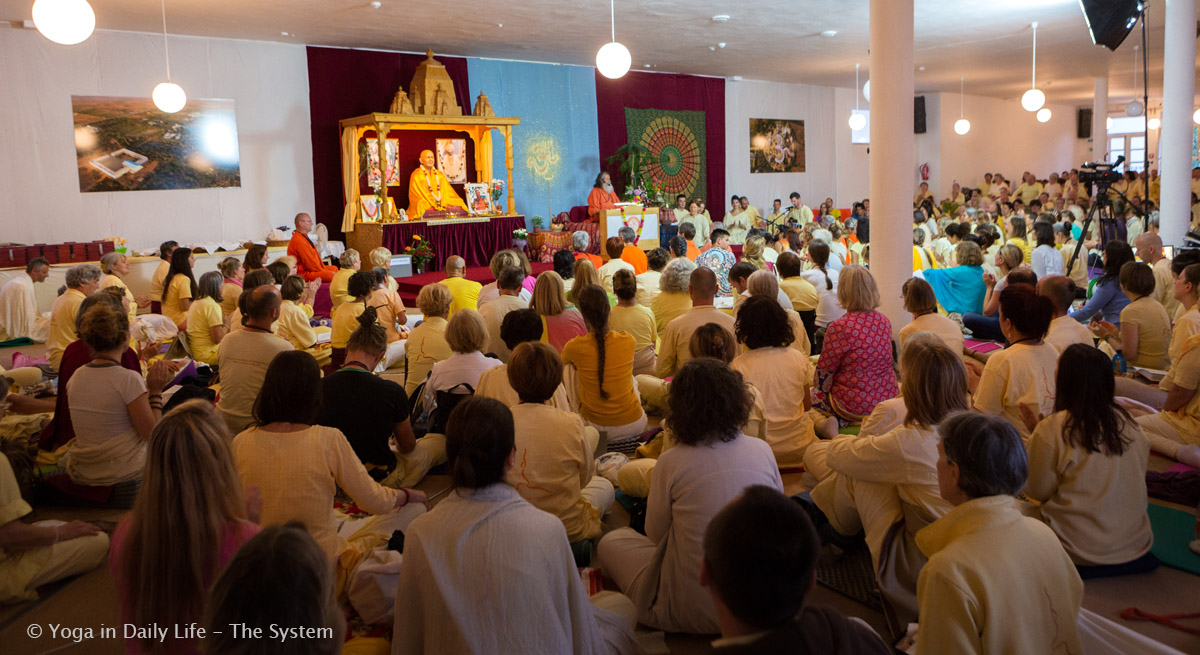 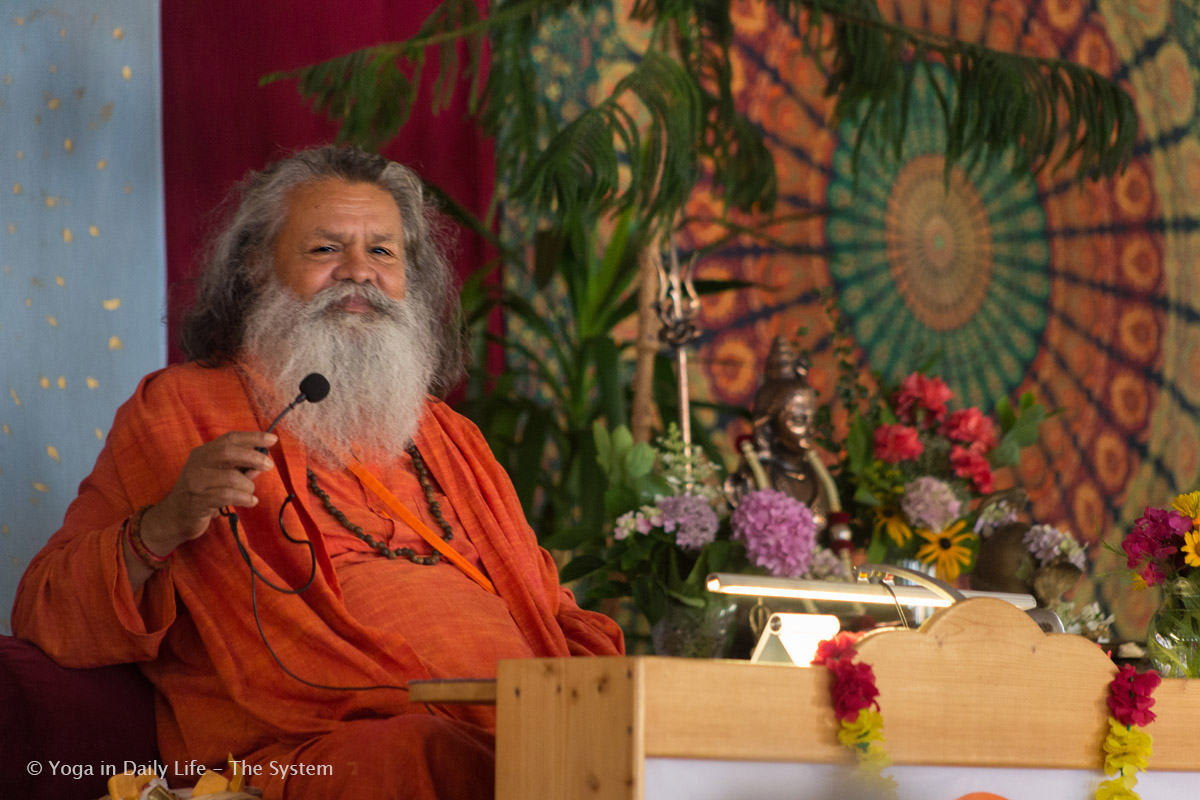 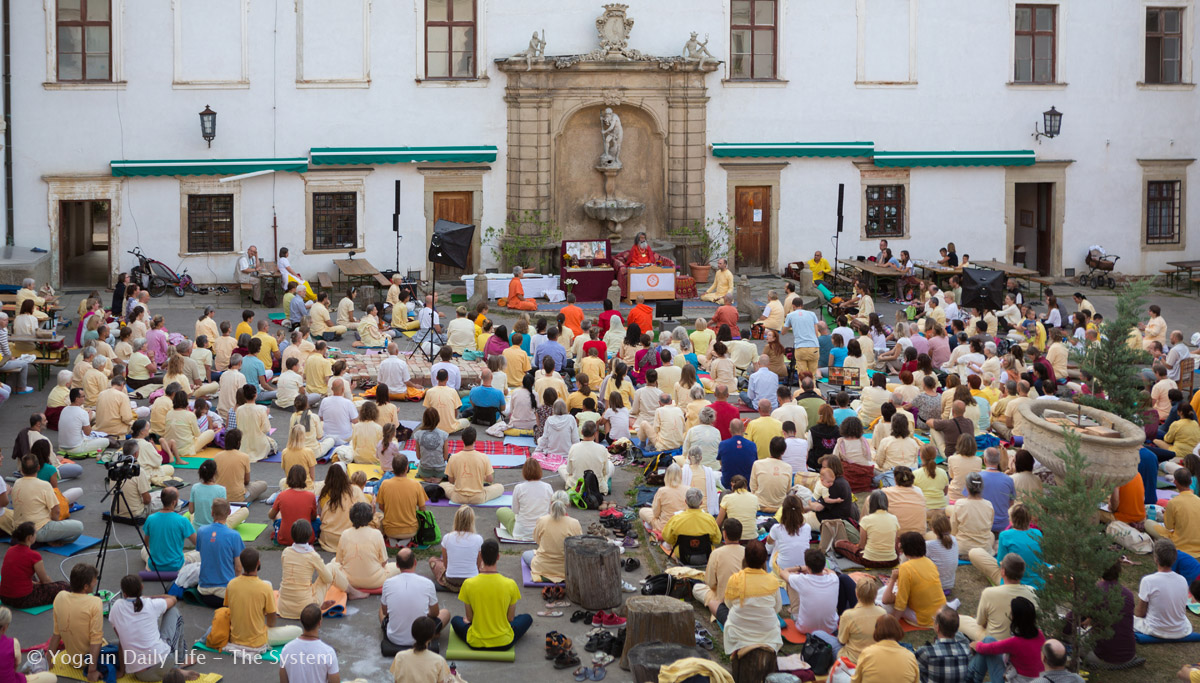 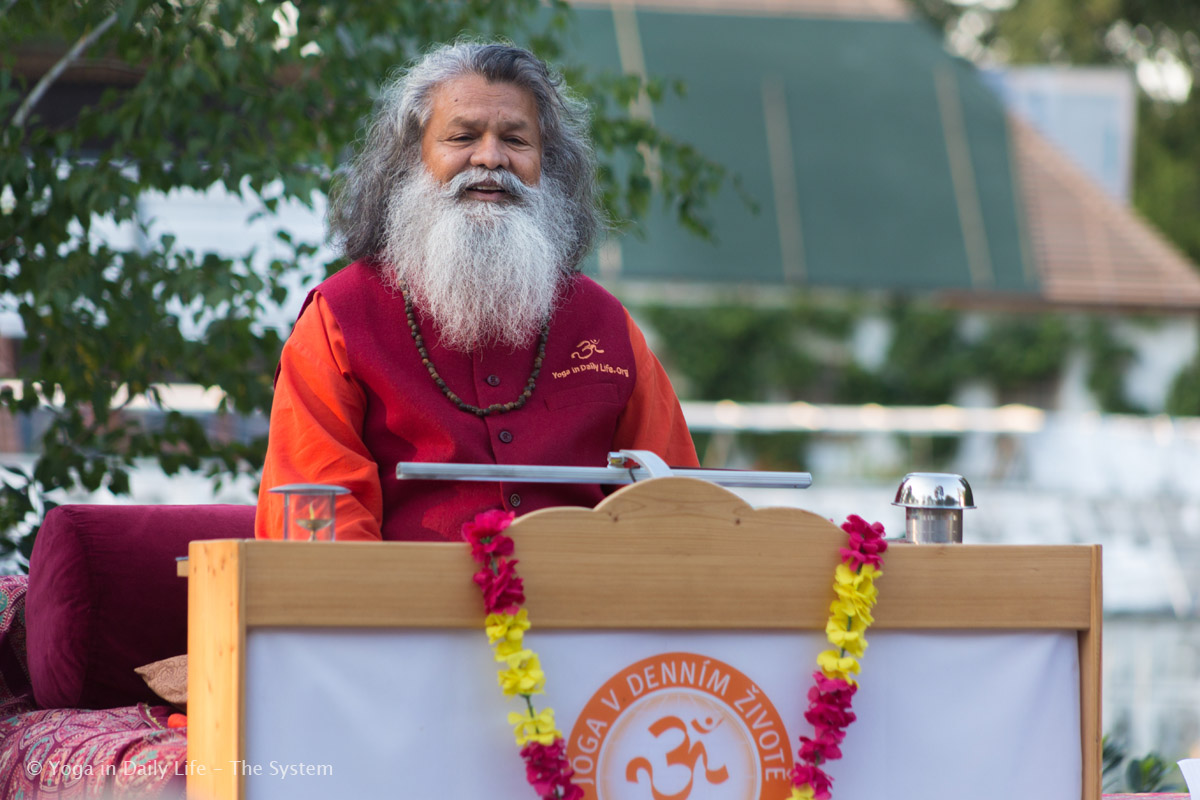 “Darshan is having the vision of God.” His Holiness said it is one of the highest subjects of yoga. “In every religion there is the principle of pilgrimage. The aim of it is that, during the journey, the pilgrim takes on the same divine quality as the place of pilgrimage.”

Selfish and selfless karma can be manifold; for example, when we do good outside in nature and are not expecting any reward. Selfless actions have enormous benefit.

But the nishkam (selfless) karma can lose its benefits when we ask for reward and it turns into sakam (selfish) karma.
Sakam karma eg. is like our paid job. But that can partly turn into nishkam karma when we do it with love.

Sri Holy Guruji used to say, Yoga agni karma dagdani. Which translates as, “the karmas can be burned by the fire and actions of practicing yoga.”

Yogah Karmasu Kaushalam, says Sri Krishna in Bhagavad Gita. Your practice of yoga is going to be through actions. Kriya is action, either physically or mentally. Mental kriya can lead the practitioner to moksha, as Holy Guruji said, yoga agni karma dagdani. 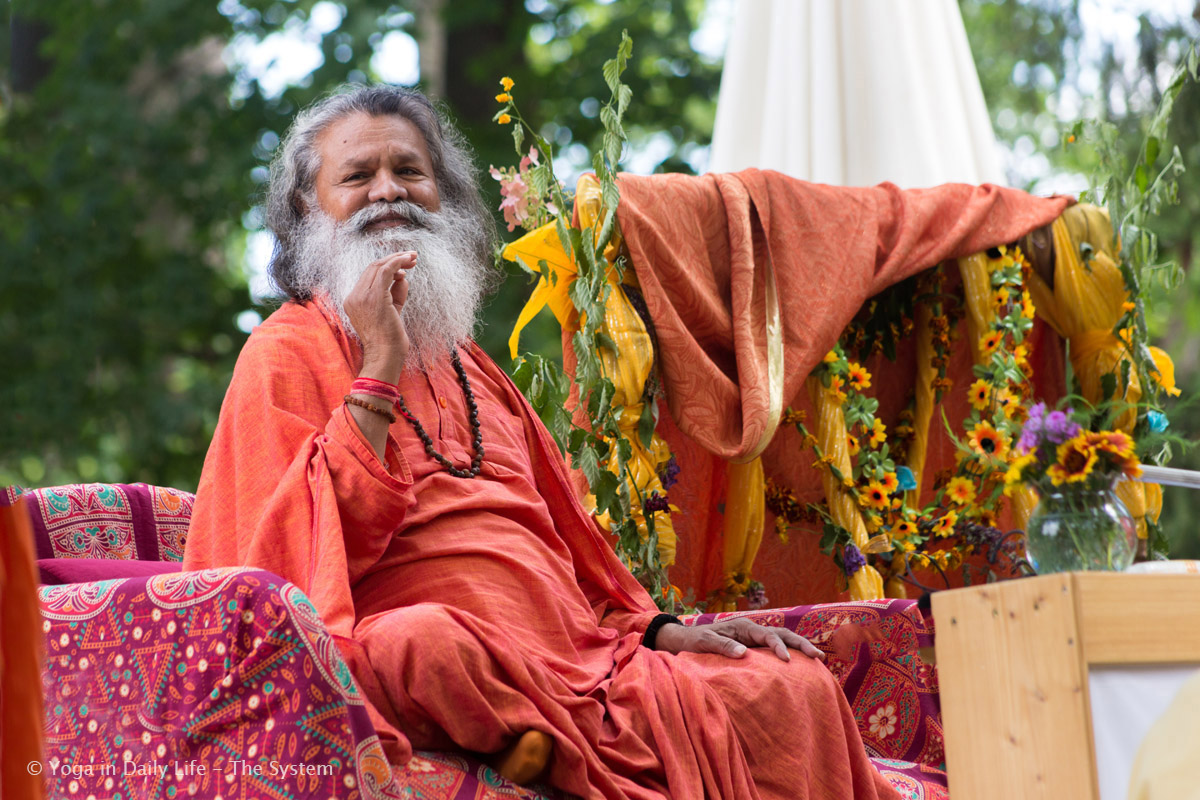 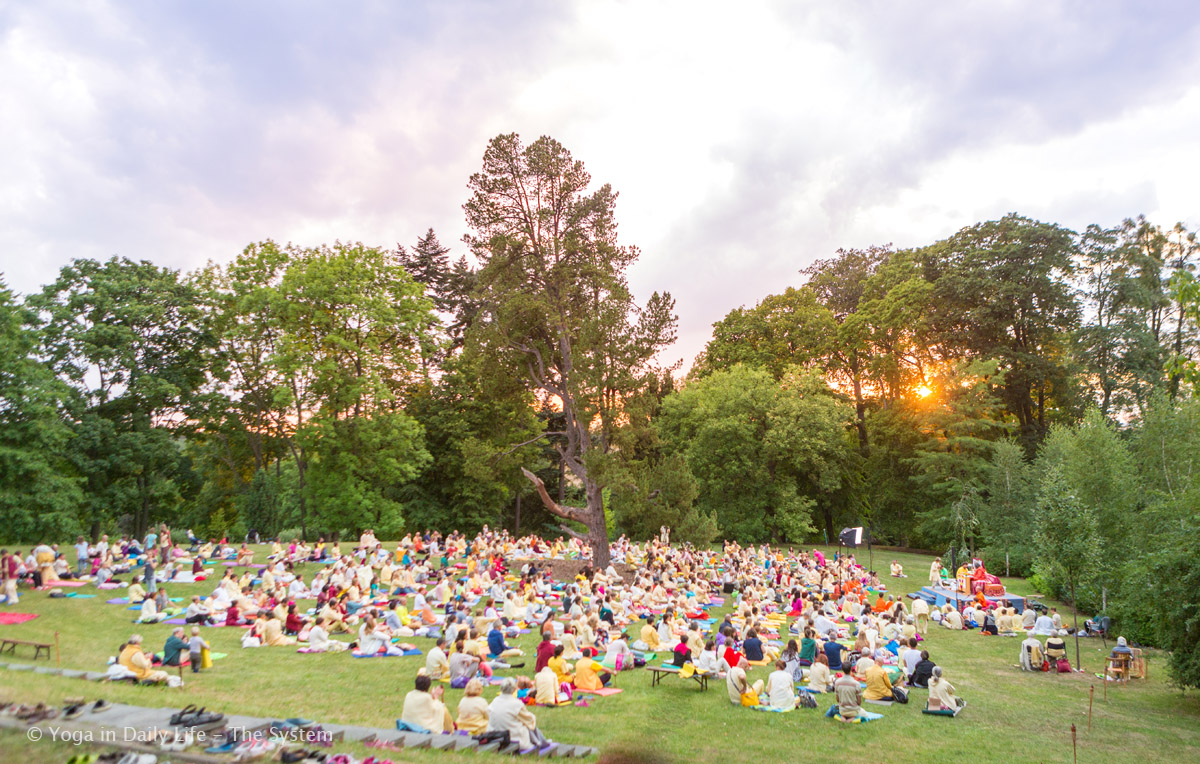 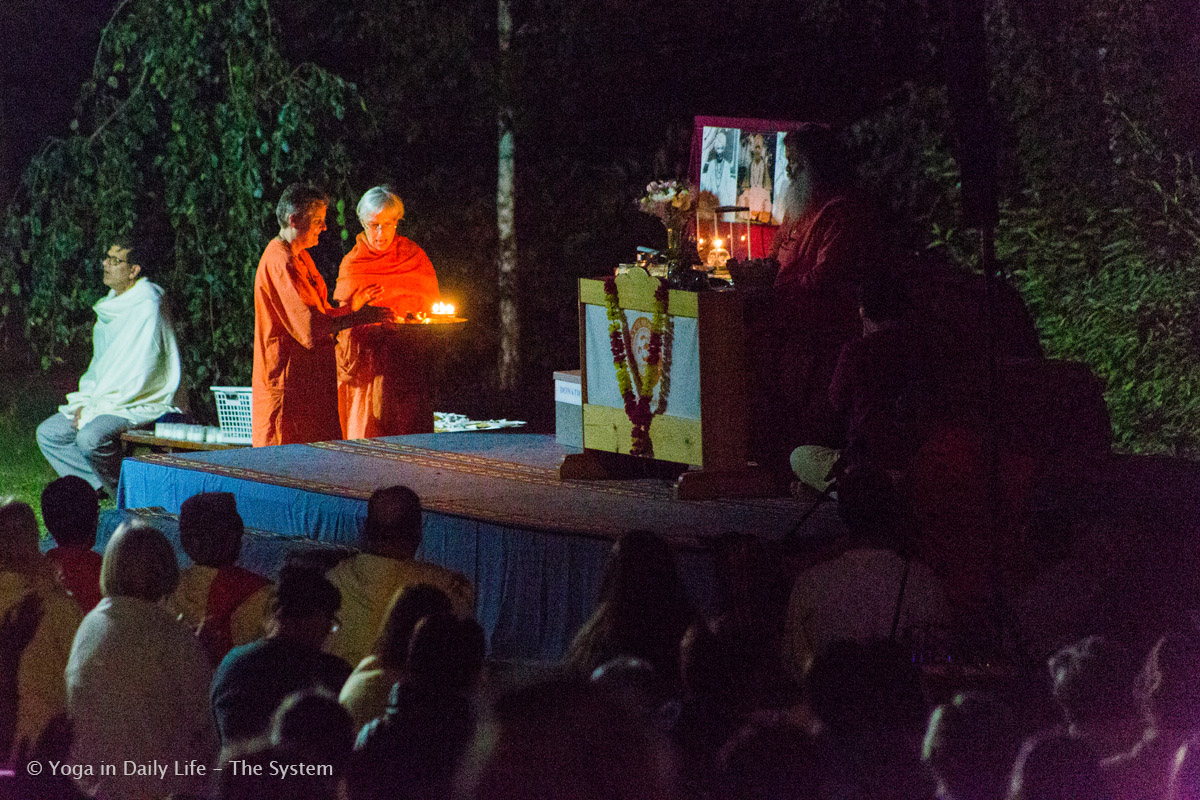 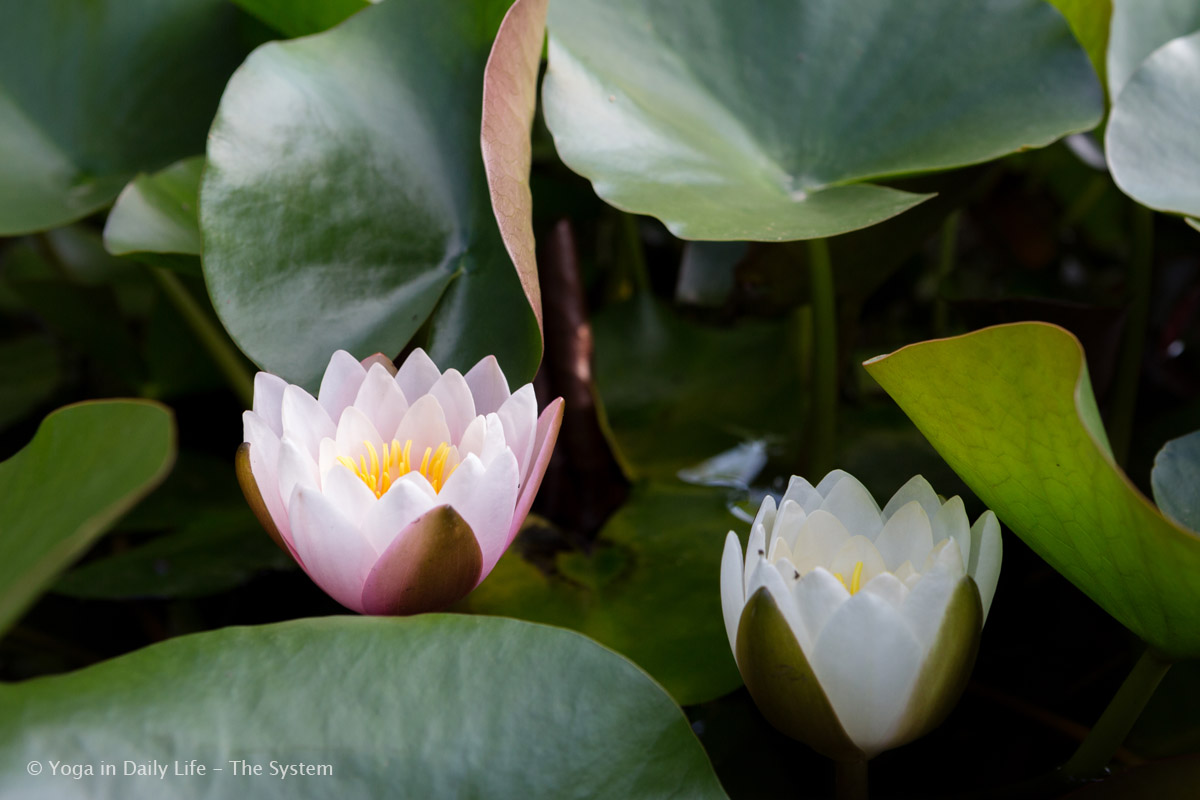 After four weeks of daily pujas and yagyas, His Holiness Vishwaguriji closed the series of ceremonies right after Ganesh Chaturti, Ganesha’s birthday anniversary.

The Yagya Shala - the place to hold the yagyas, was built according to Vedic rules, and will remain in Strilky Ashram as a part of the future Hindu Mandir, temple.