"We worship the day of embodiment of our beloved Holy Guruji, His Holiness Dharm Samrat Paramhans Sri Swami Madhavananda Puriji Maharaj, Nipal, Rajasthan. He is the Light of life and the Resonance in each and every heart with his Bhajans and Blessings." 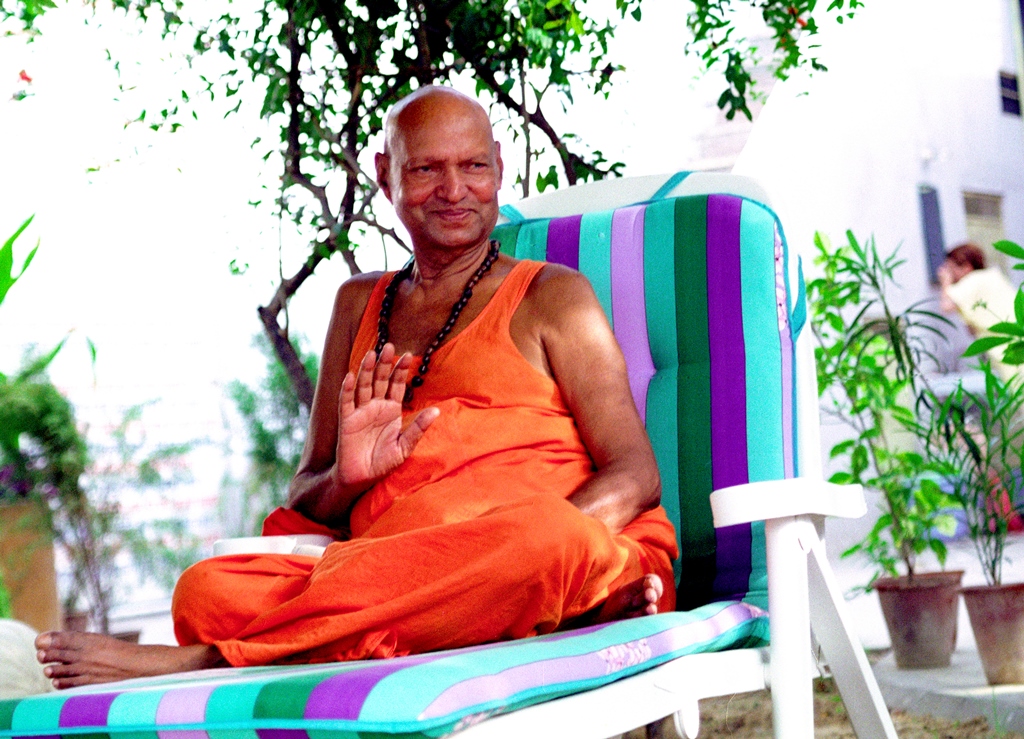 According to this year lunar calendar Holy Guruji had his birthday anniversary on 22 August. His Holiness Vishwaguruji Maheshwarananda as the successor of Sri Alakhpuriji Siddhapeetha remembered his beloved master:
"Holy Guruji told in his last satsang in Jadan Ashram that those bhajans we sang are the Vedas. Although Vedas are written in Sanskrit and bhajans have more down to earth expressions they transmit the wisdom that all can understand.
"Today is the anniversary of Holy Guruji's incarnation day. He was one of the rare saint who was completely one with his Master, Bhagvan Sri Deep Mahaprabhuji. He could create at once a complete bhajan on the order of Mahaprabhuji as the "pen" of his master. That shows his unity with Sri Mahaprabhuji".

Sri Holy Guruji was born in 1923 and left this world at the age of 80. He was the spiritual successor of Bhagvan Sri Deep Narayan Mahaprabhuji whom he spent his life since he was 17 years old. Holy Guruji was a rare Saint of the highest realization through his devotion and constant practice of meditation. His life was full of miracles that are told those bhaktas who spent some time close to him. He was the master of bhajans, spiritual songs that he composed and also collected from Sri Mahaprabhuji and from other saints as well. Holy Guruji collected the stories and memories of bhaktas about his master, Sri Mahaprabhuji in the book Sri Lila Amrit (The Nectar of the Divine Play).