His Holiness Vishwaguruji received a birthday surprise from the children in the form of a lila, divine play and stories from the book Lila Amrit.

After the children's performance, on the meadow in the beautiful park of Mahaprabhudeep Ashram, the sannyasis greeted His Holiness and thousands of bhaktas expressed their good wishes and devotion to their Gurudev.

Pandit Kapilji sang several mantras and greeted Vishwaguruji with celebrating him with a guru puja. 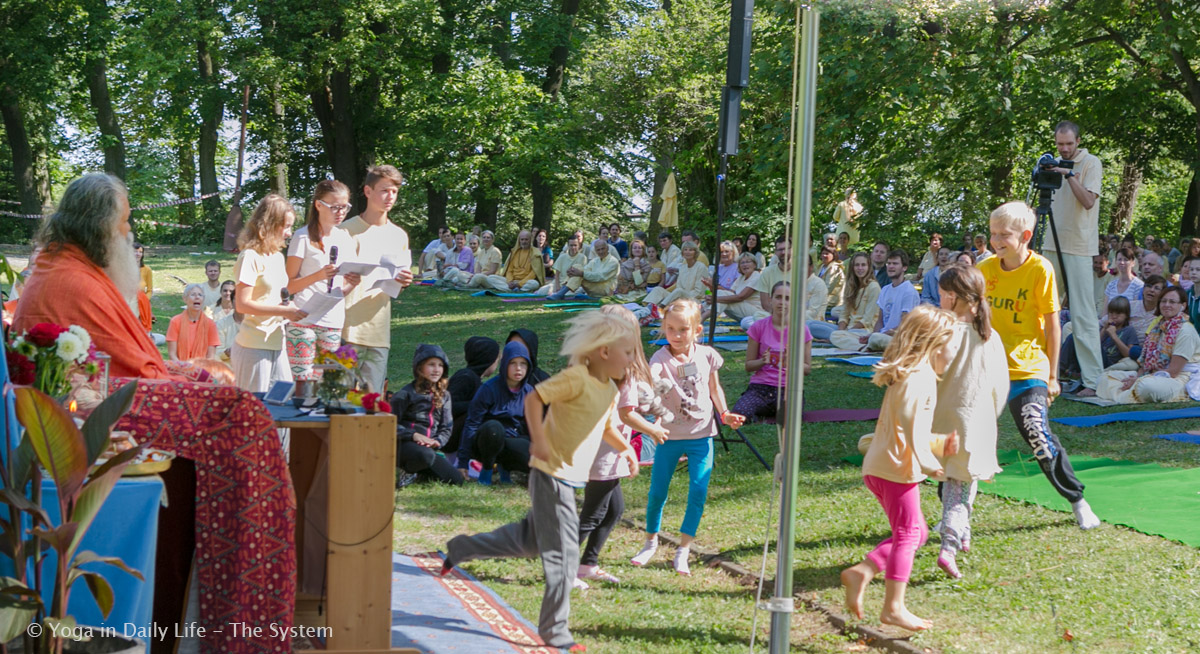 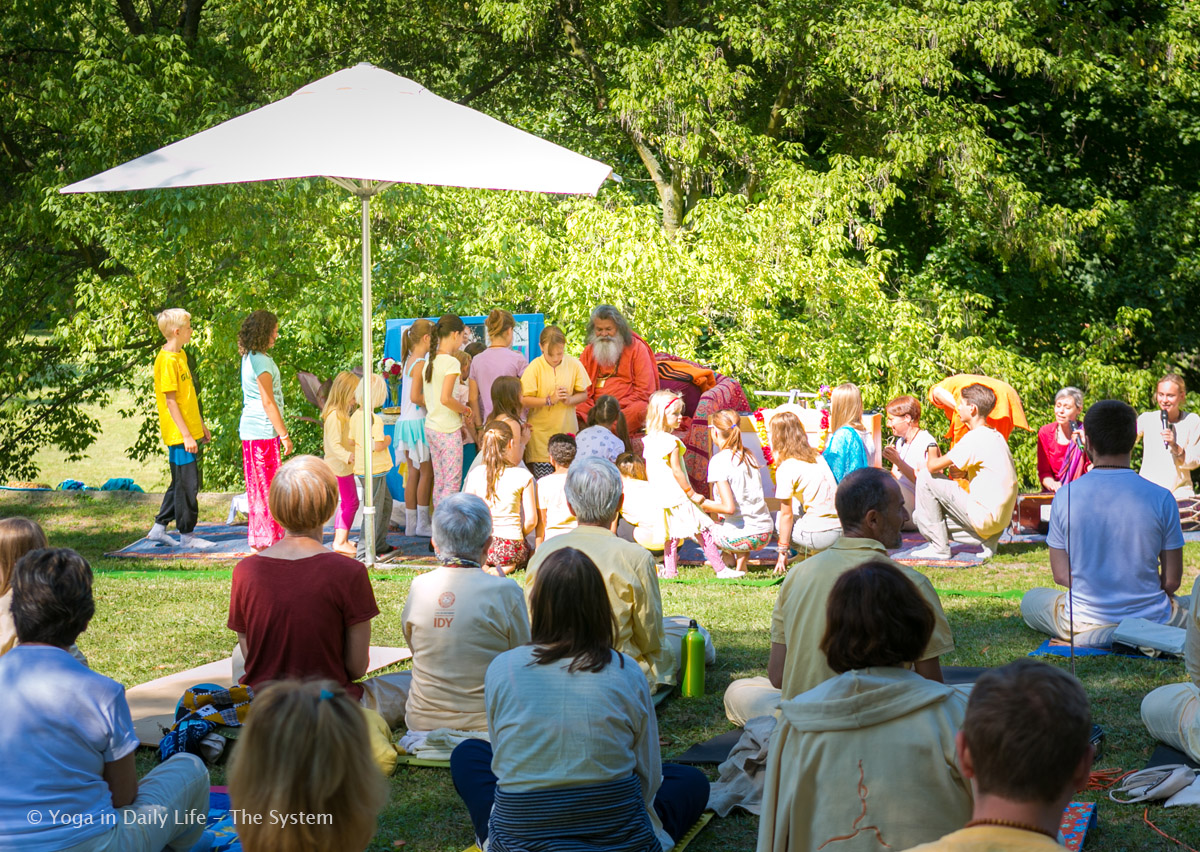 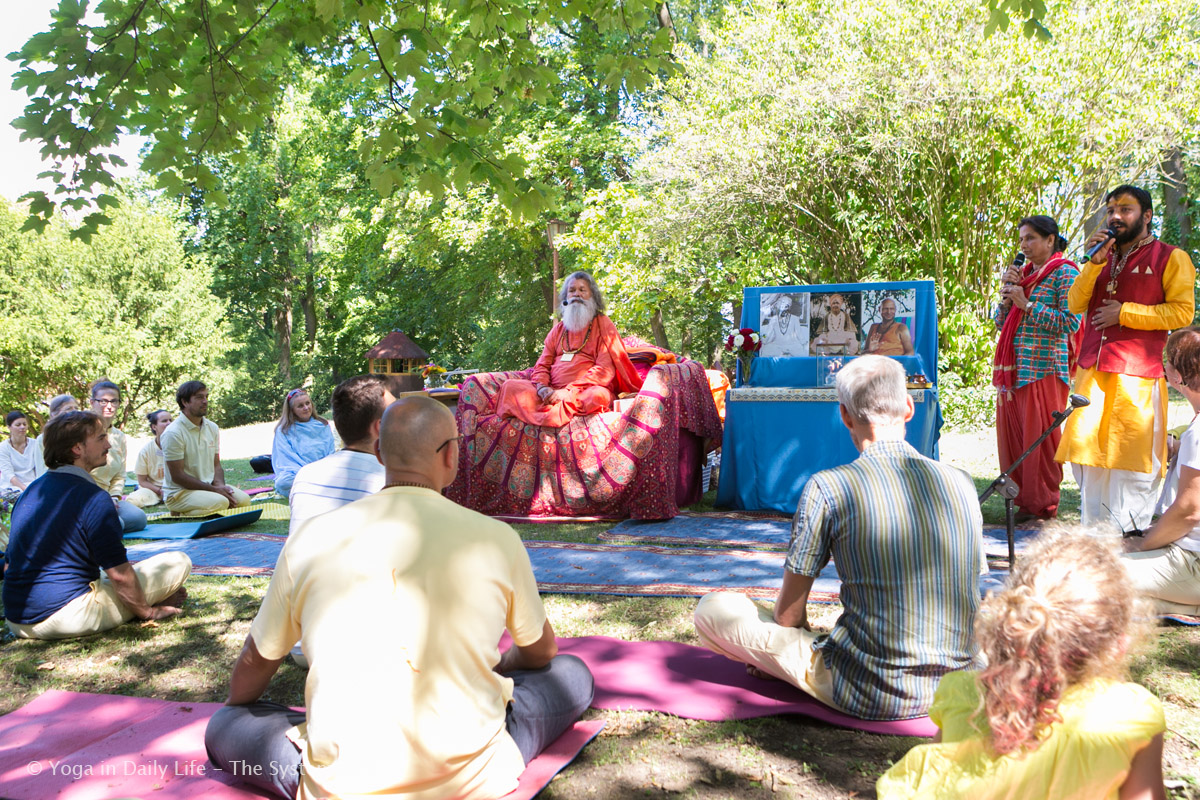 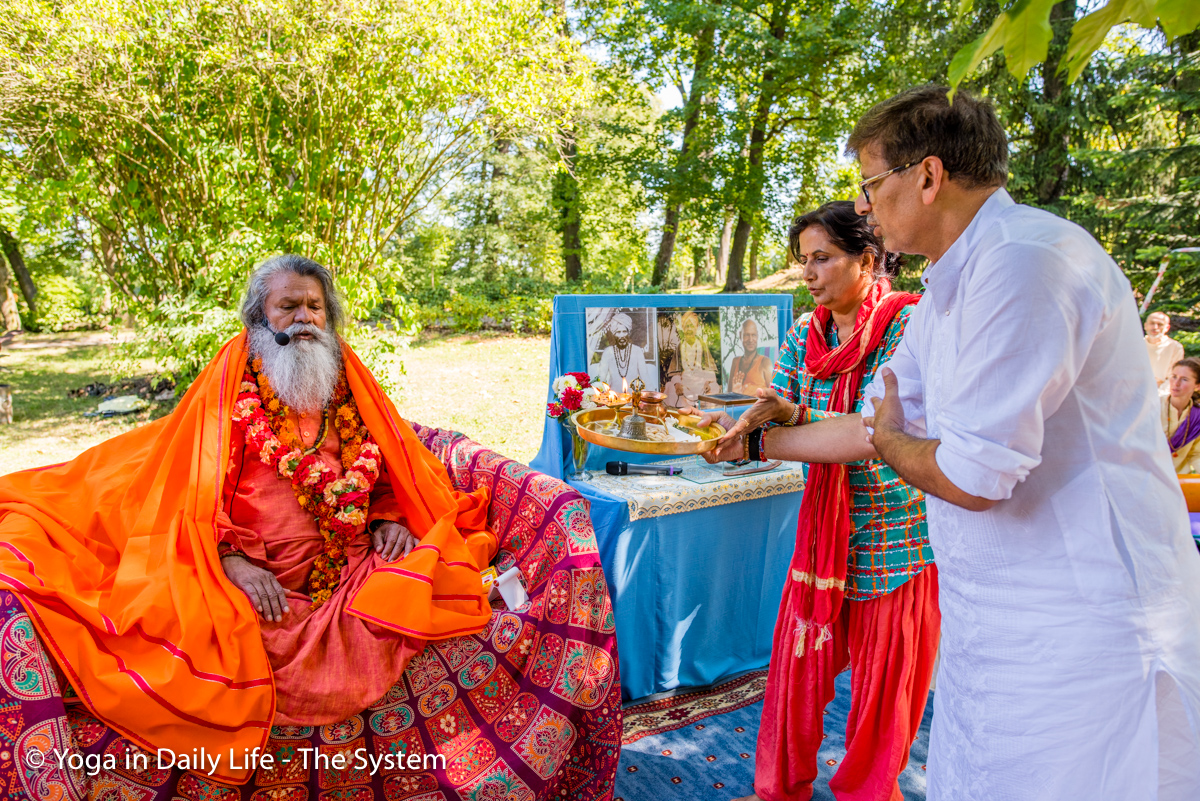 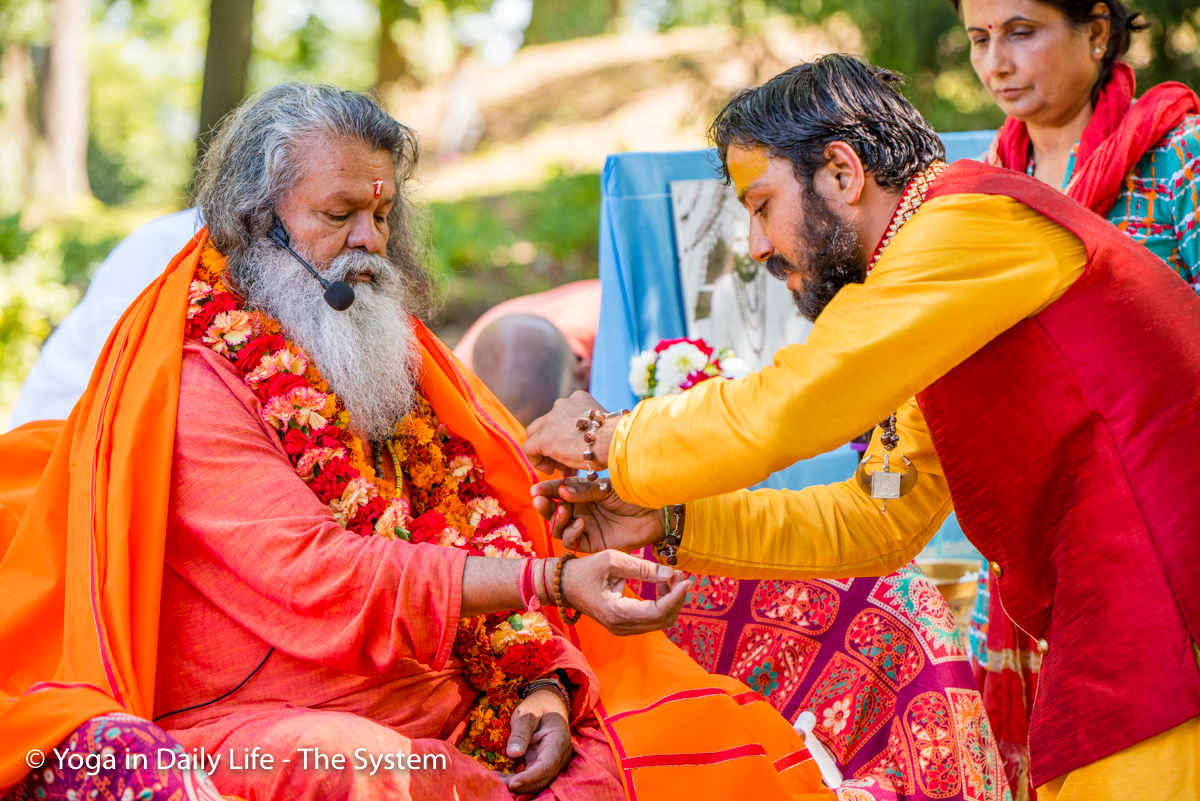 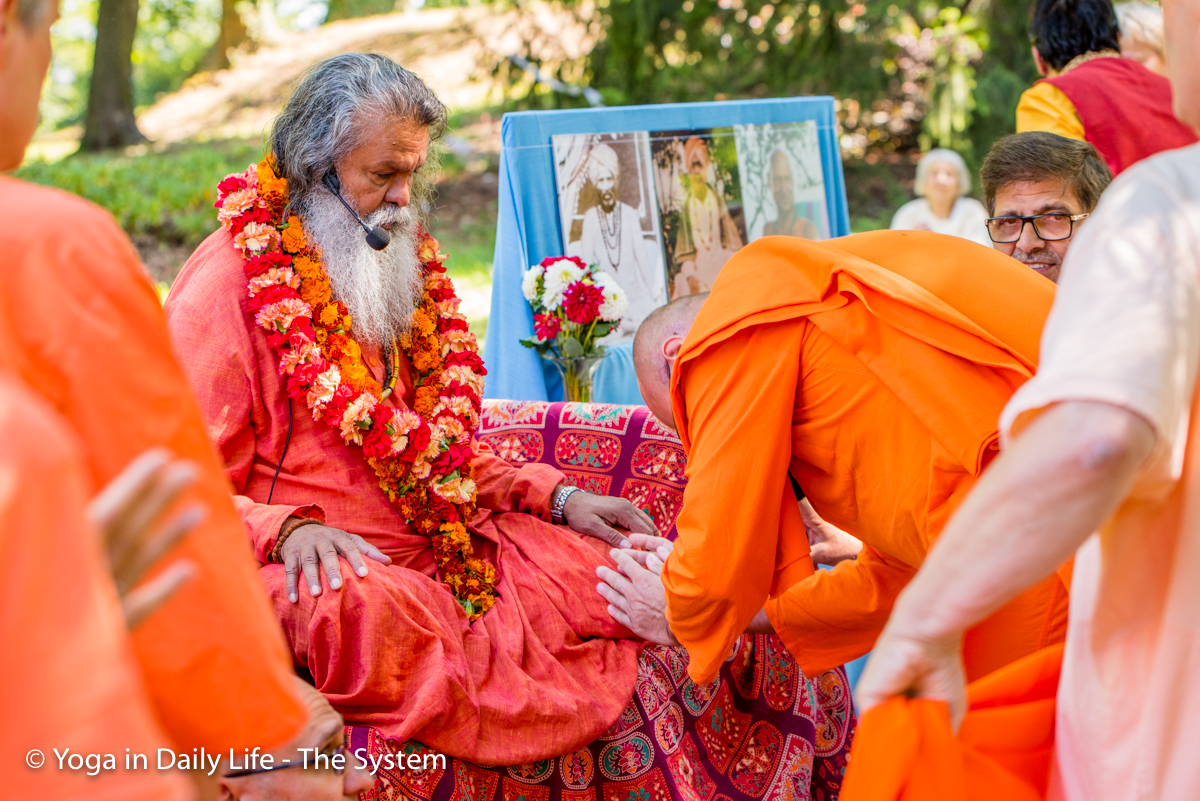 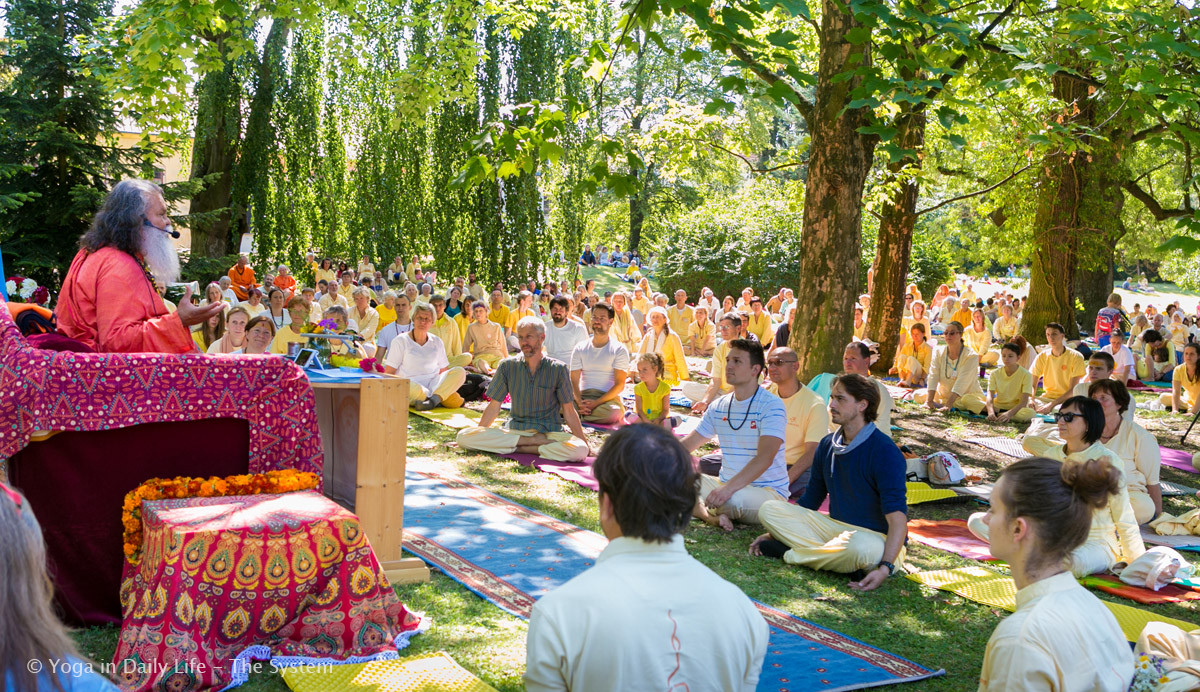 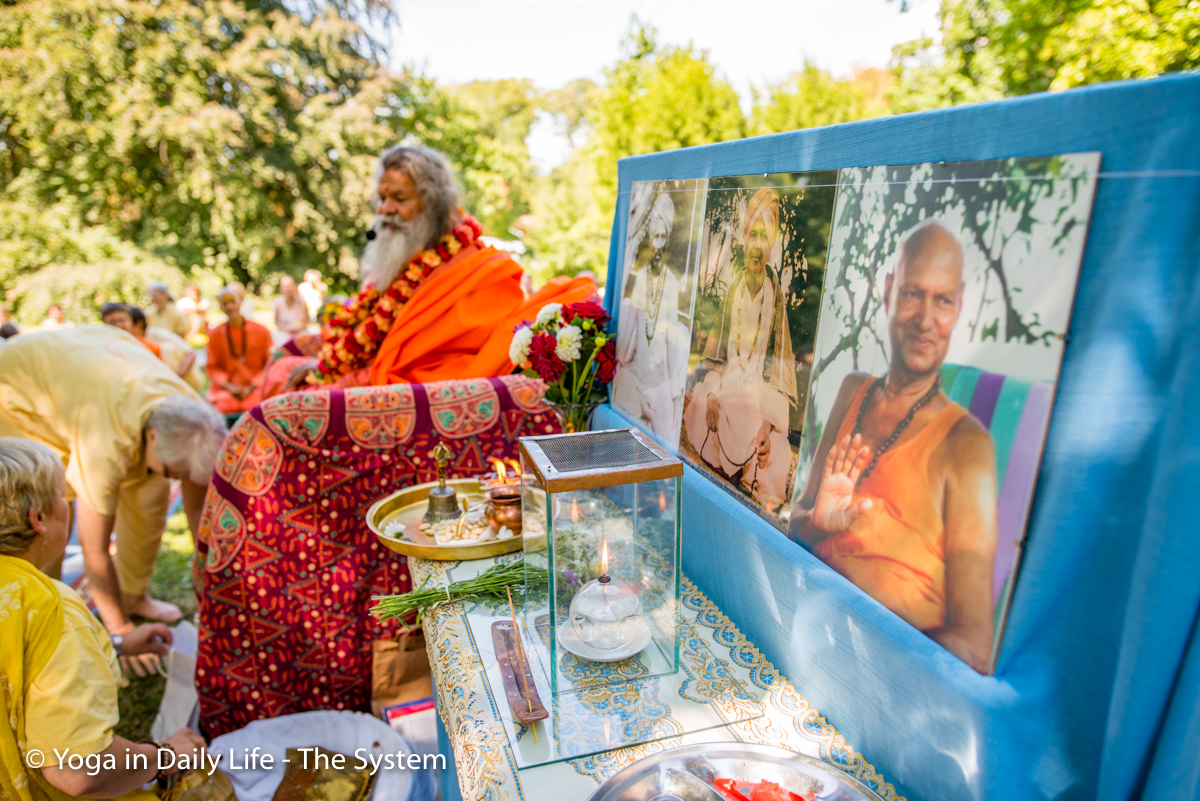 In the evening satsang, His Holiness explained the meaning of Janmashtami: janma means birth; and ashtmi is the eighth day after full moon. Remembering Sri Krishna, a much beloved embodiment of God Vishnu, Vishwaguruji said that his birth was a real hardship mixed with divine miracles.

Krishna’s life was also intended for the benefit of mankind at the time when dvapara yuga (the third age) was turning into kali yuga (the fourth or the 'dark' age). His lilas (stories from his life), which give examples for the support of dharma (righteousness), were of immense importance, and according to the Puranas (holy scriptures), dvapara yuga ended at the moment when Sri Krishna returned to his eternal abode. 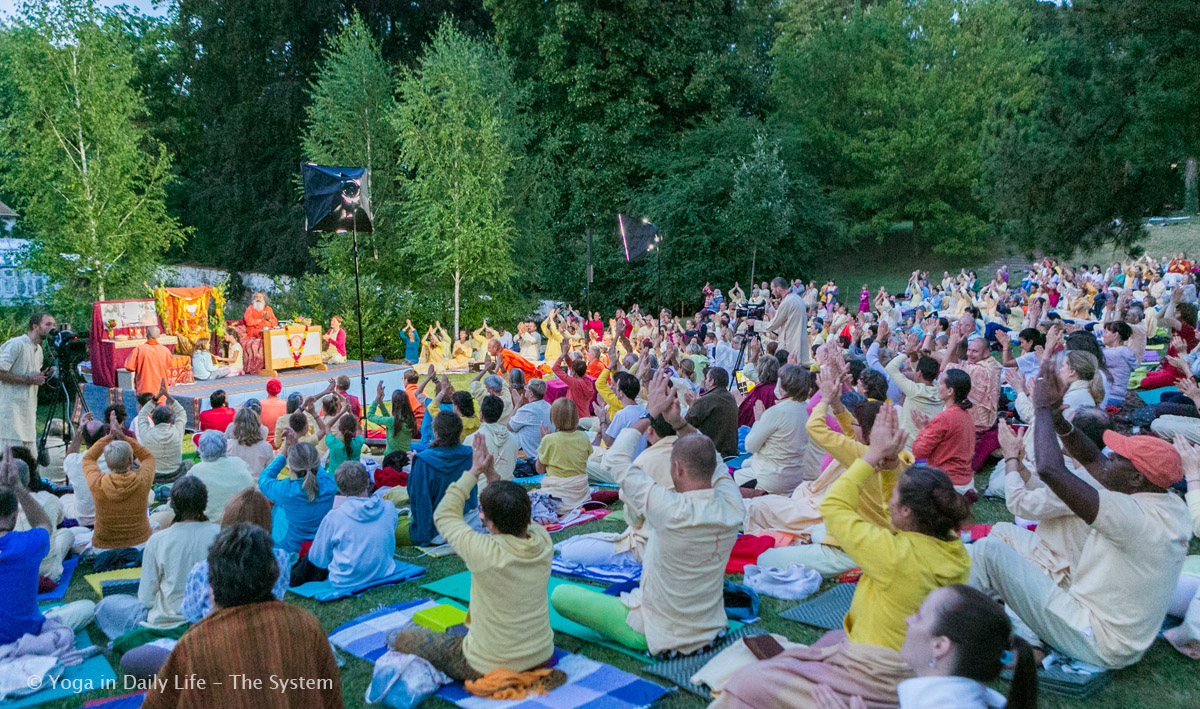 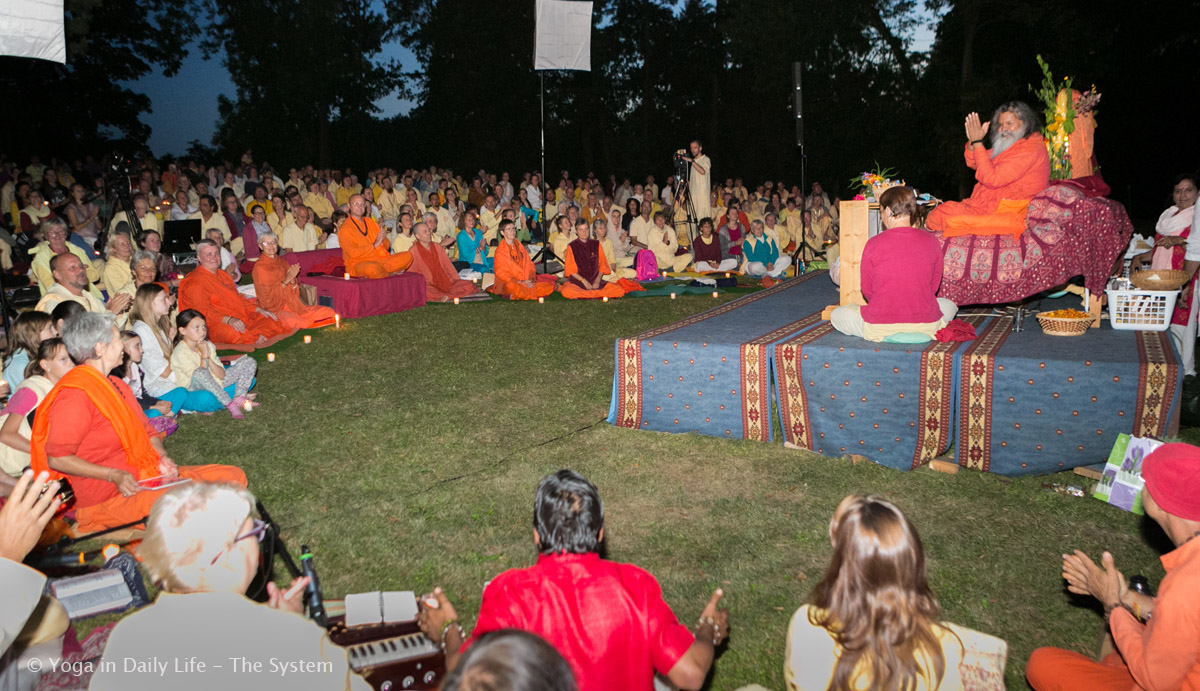 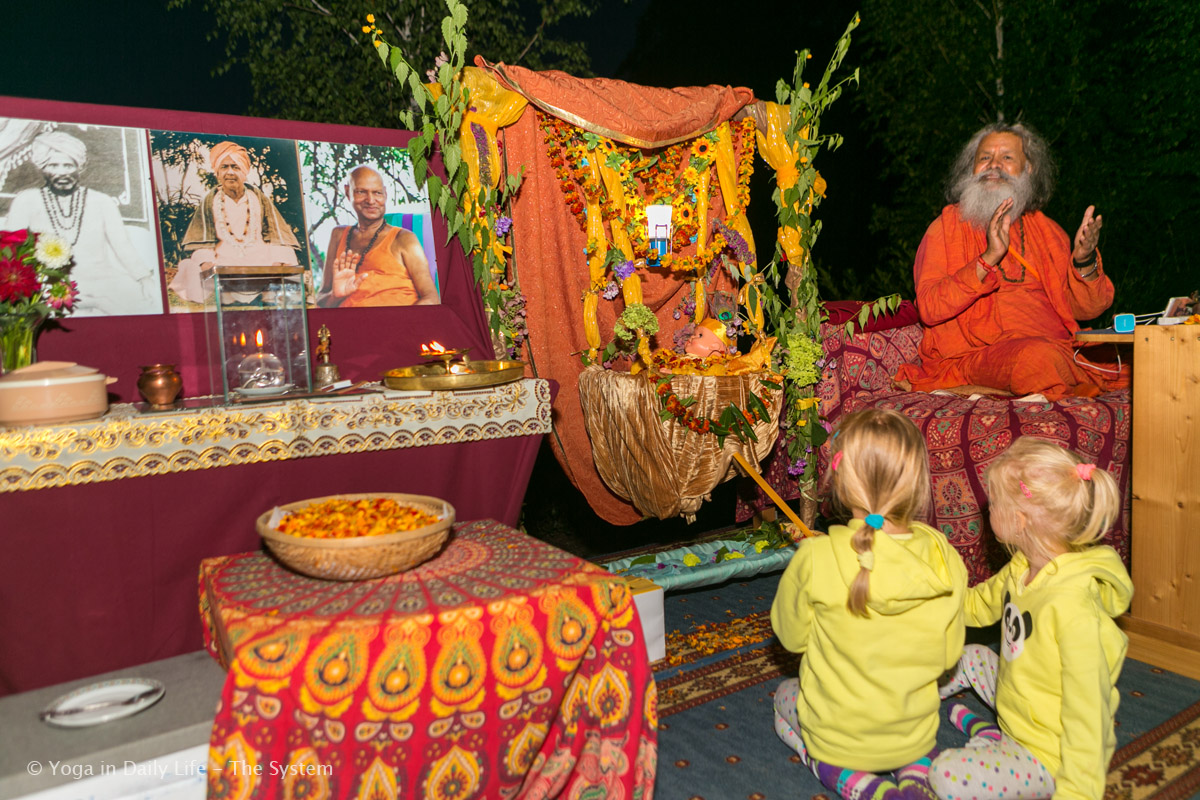 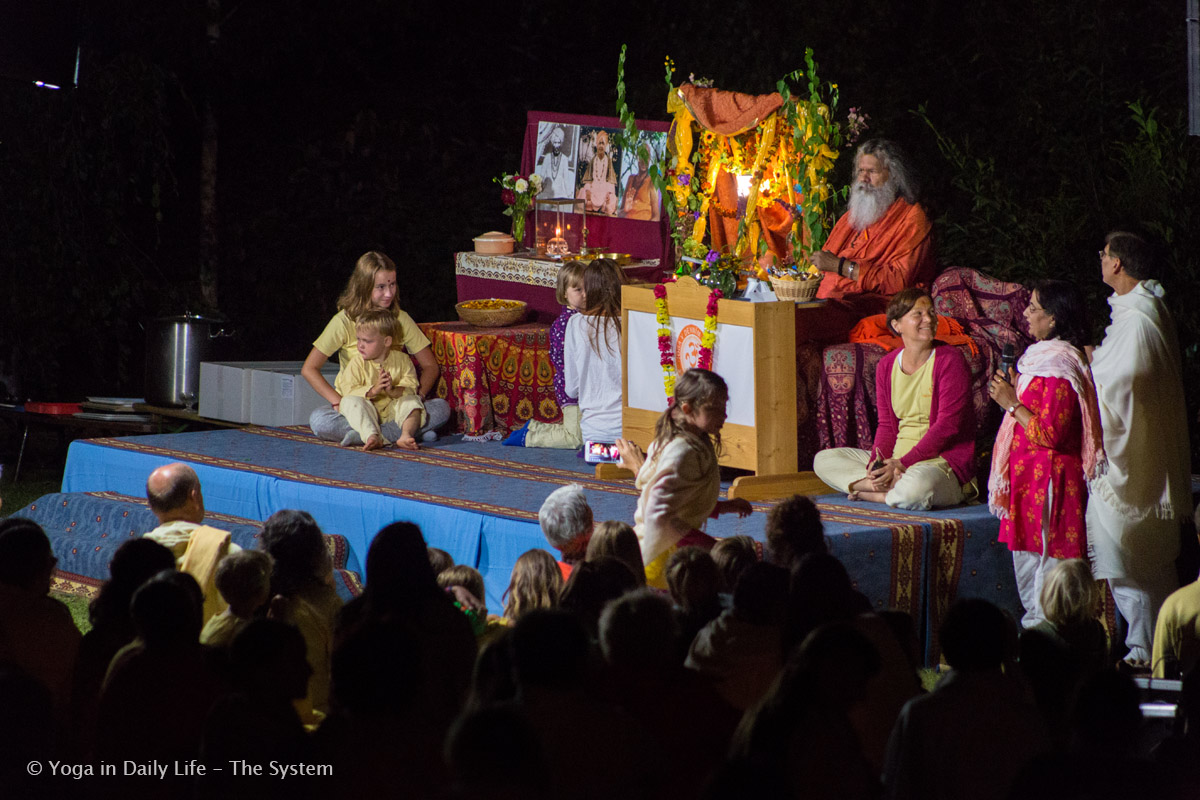 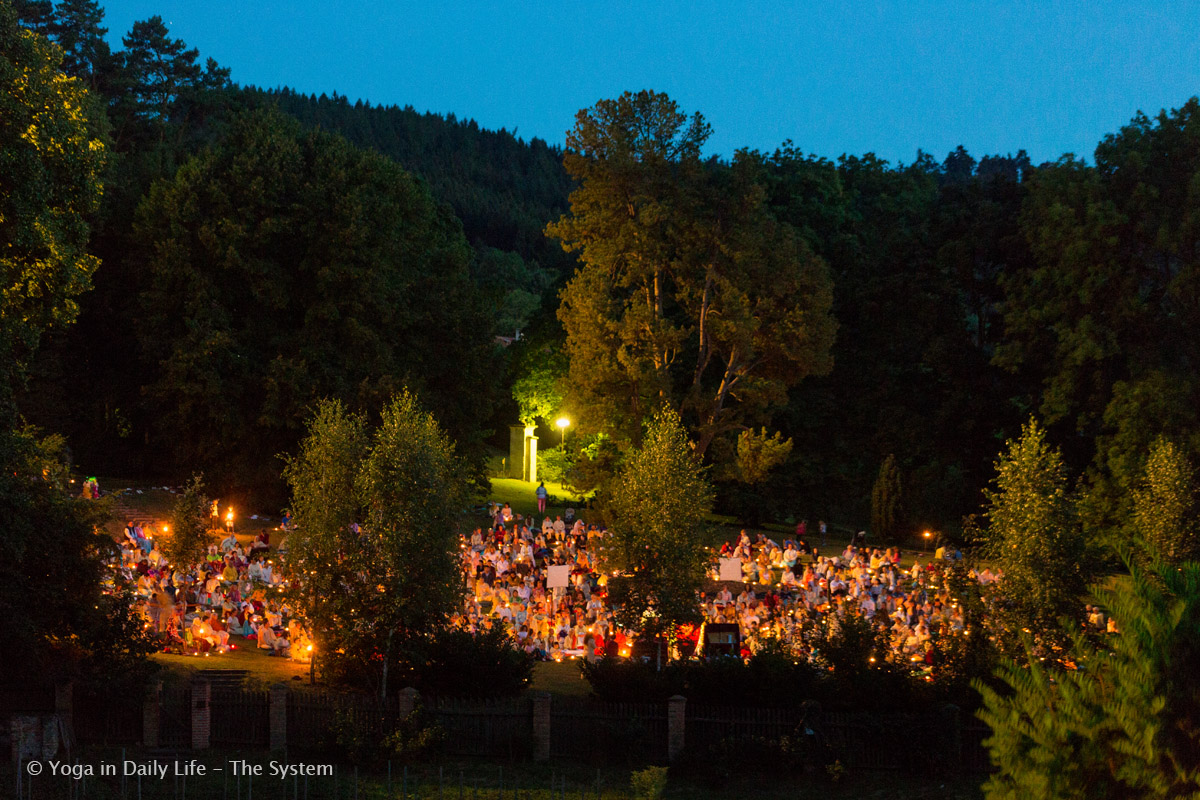 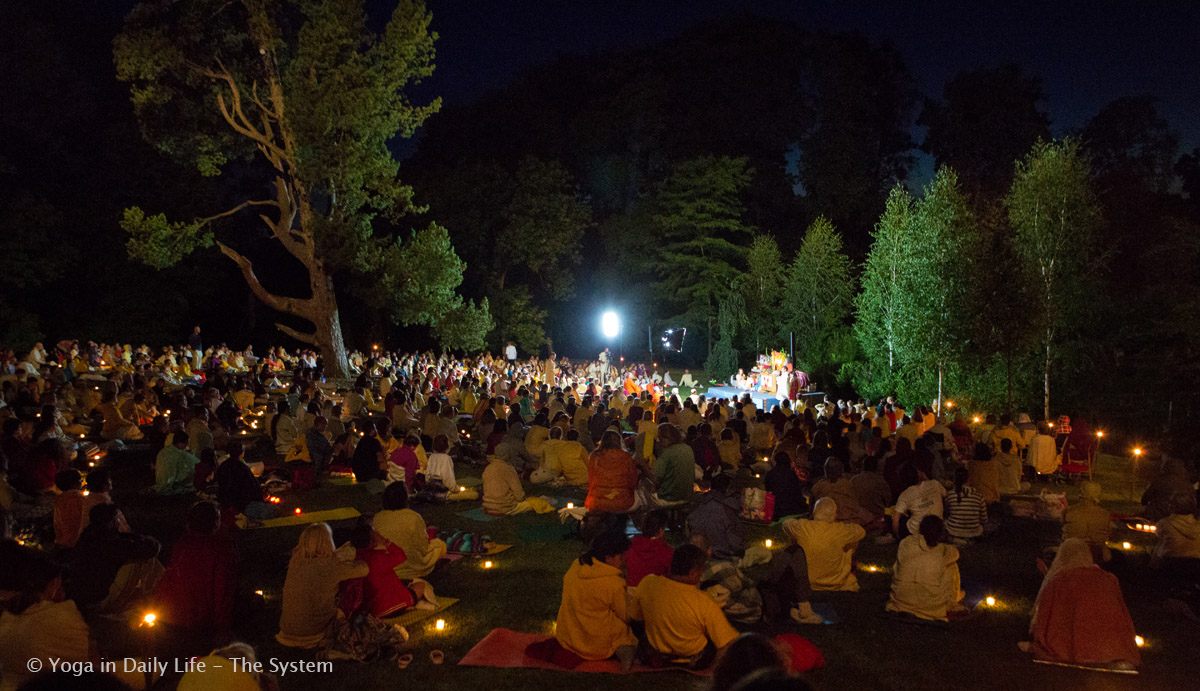 The Yoga in Daily Life Summer Retreat continues for the next weeks in Strilky, and includes programs for children, for advanced practitioners with kriya yoga meditation techniques, as well as hatha yoga purification techniques for body cleansing and strengthening, regular satsangs, and other programs for the enhancing the health and well-being of all.