His Holiness Vishwaguru Paramhans Maheshwaranandaji paid a visit to Bratislava, capital city of the Slovak Republic. He held an enriching Weekend Seminar with local and international followers, at the bank of the River Danube and also in the countryside nearby.

When a practitioner practices asanas, pranayama and meditation, his consciousness becomes clear, pure. That's why we celebrate the International Day of Yoga each year on 21 June, as initiated in the United Nations two years ago by His Excellency Sri Narendra Modi, Prime Minister of India. But we have to understand that Yoga beyond the body is the science that saves humanity from a lack of spirituality.

As His Holiness Vishwaguruji often says, “Yoga without spirituality is like a body without a soul.” 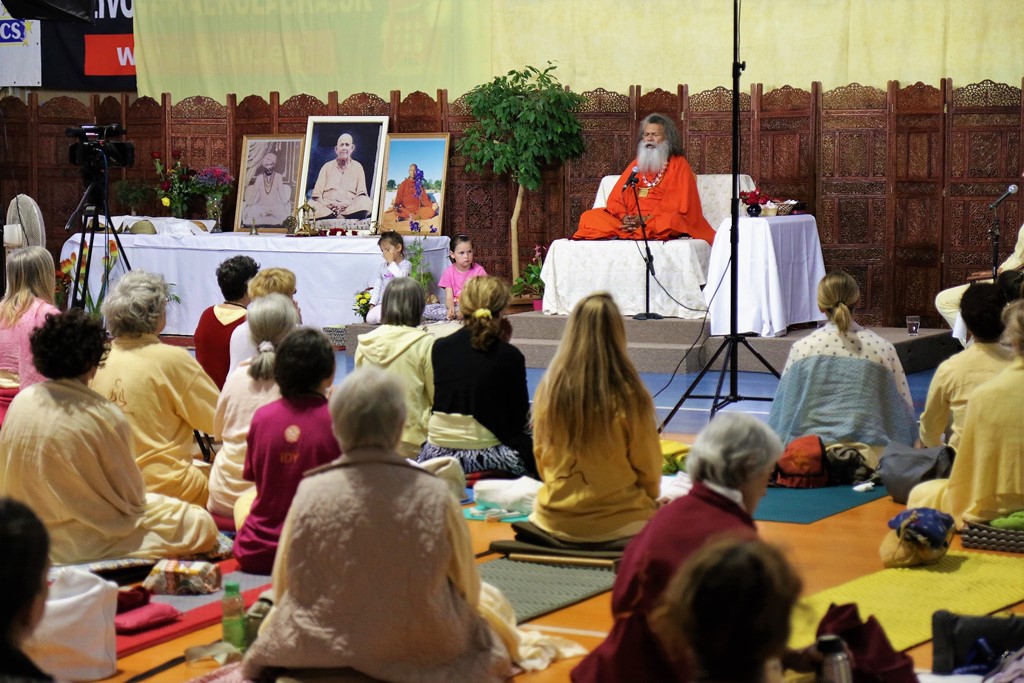 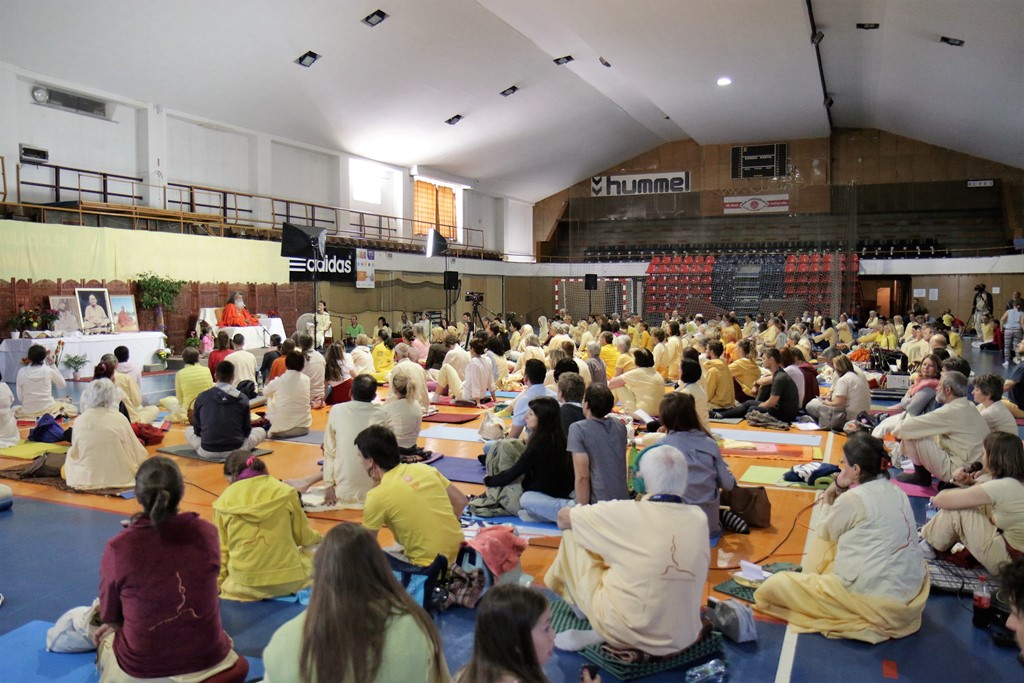 The Saturday program was dedicated to early celebrations of the International Day of Yoga, including planting of a new Peace Tree.

In the morning, Vishwaguriji paid a visit to the village of Voderady, in the Slovakian countryside. His Holiness said that the Voderady Castle provides a welcoming home for spiritual retreats and that it has been waiting a long time for the practitioners of Yoga in Daily Life.

In the castle park, the large group of participants practiced the asana routine 'Khatu Pranam' together, synchronised with chanting of the Gayatri mantra. 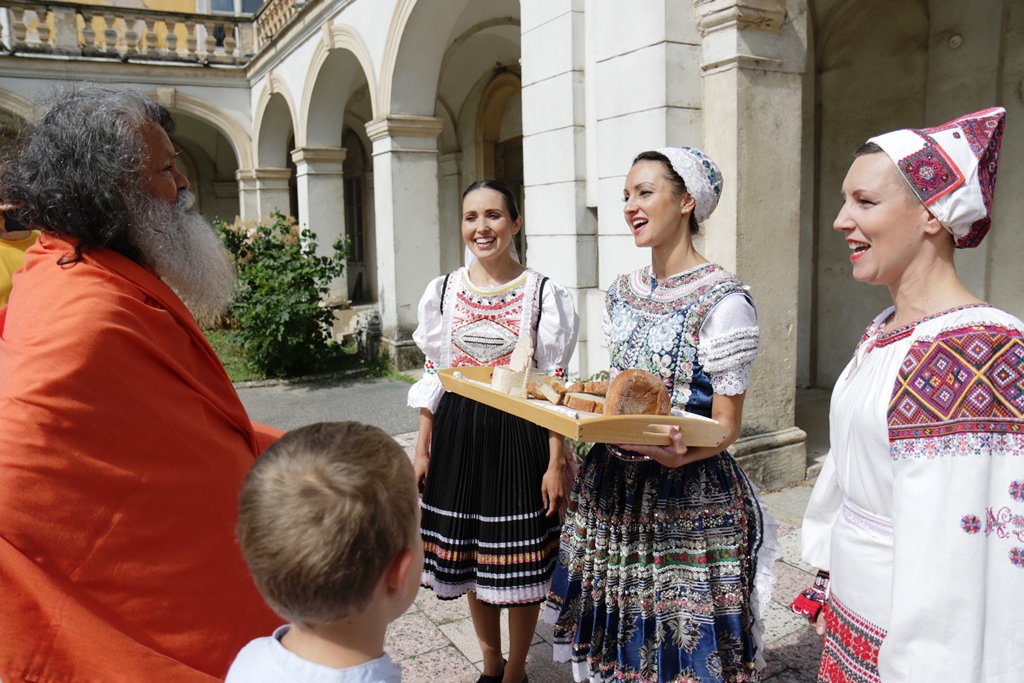 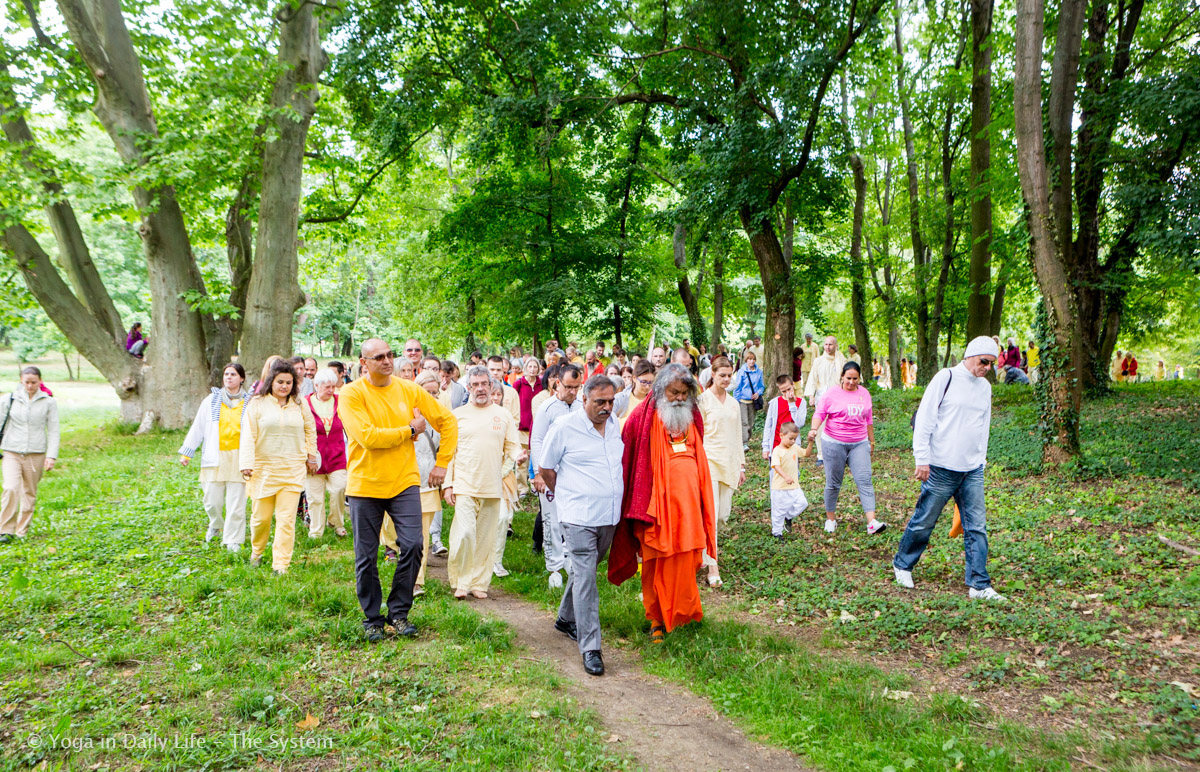 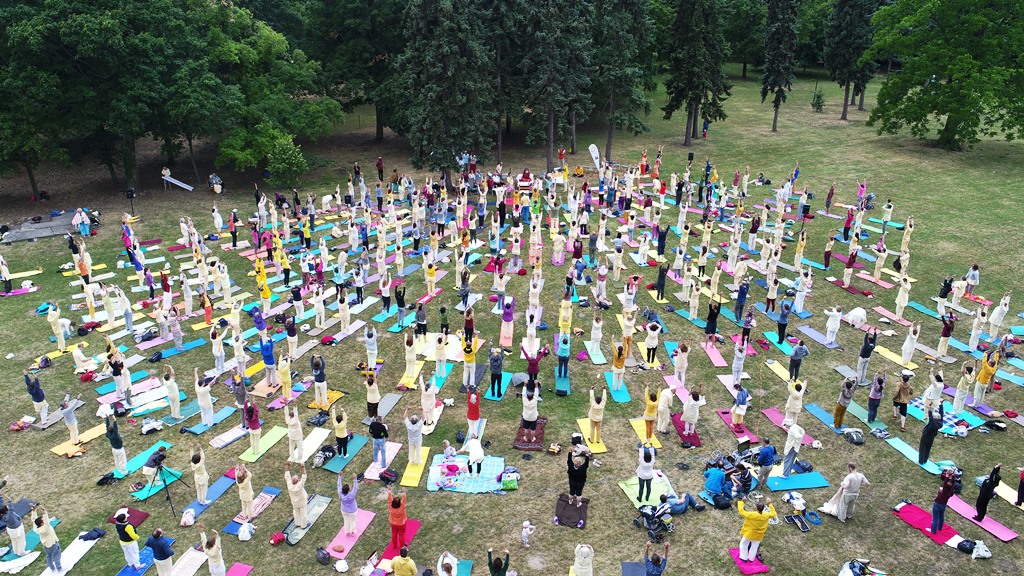 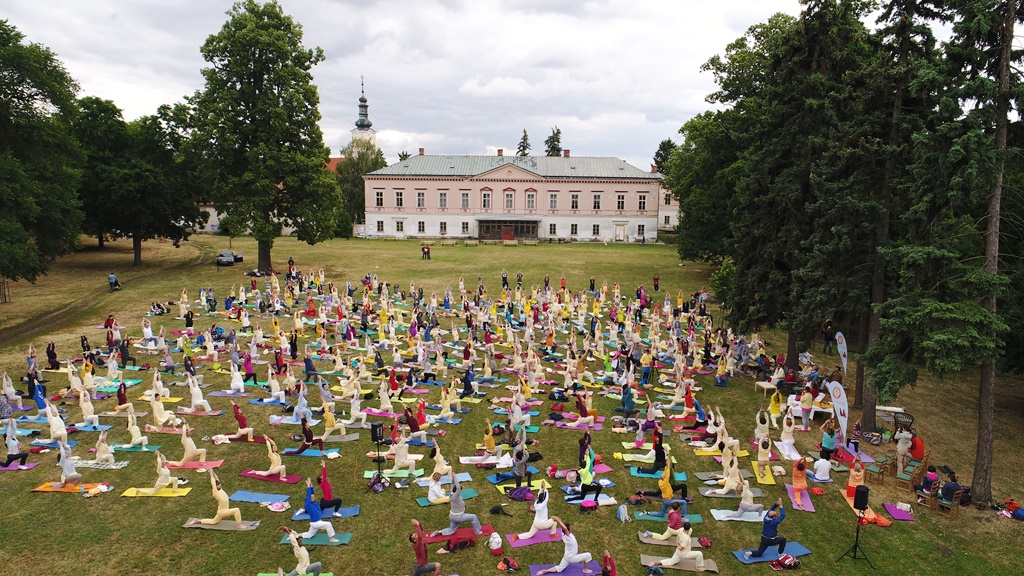 Among the guests attending the Peace Tree planting ceremony were the mayor of Voderady and the Ambassador of India to Slovakia. This was the first occasion that on the Voderady Castle grounds such event has taken place, attended by so many followers of Vishwaguruji from so many countries. 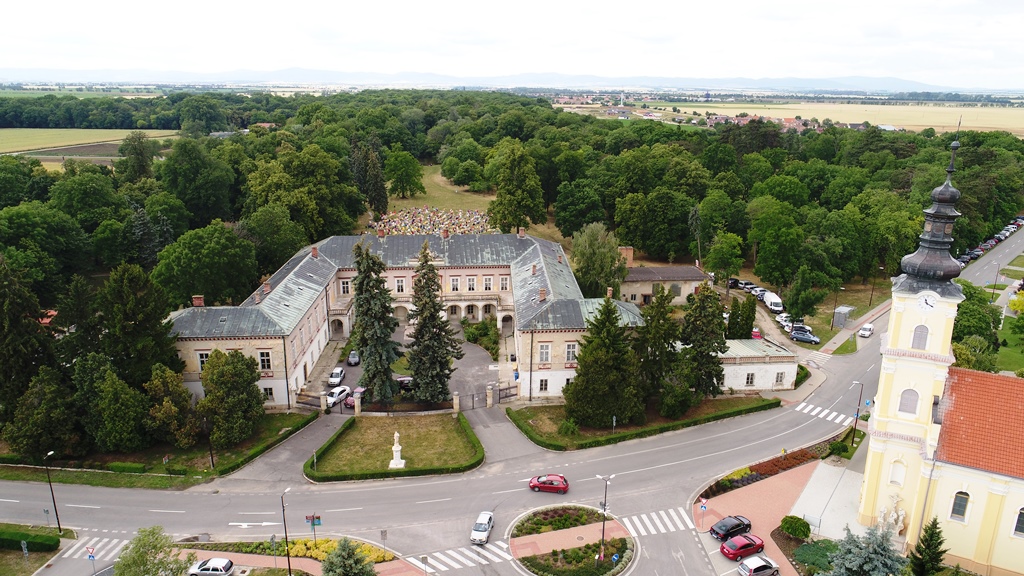 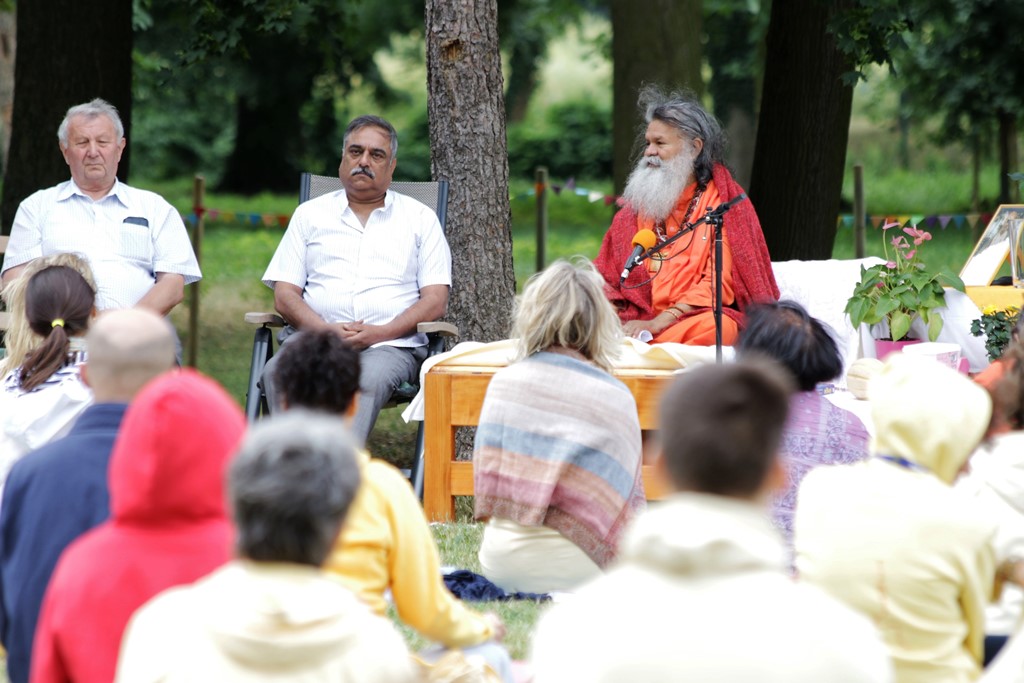 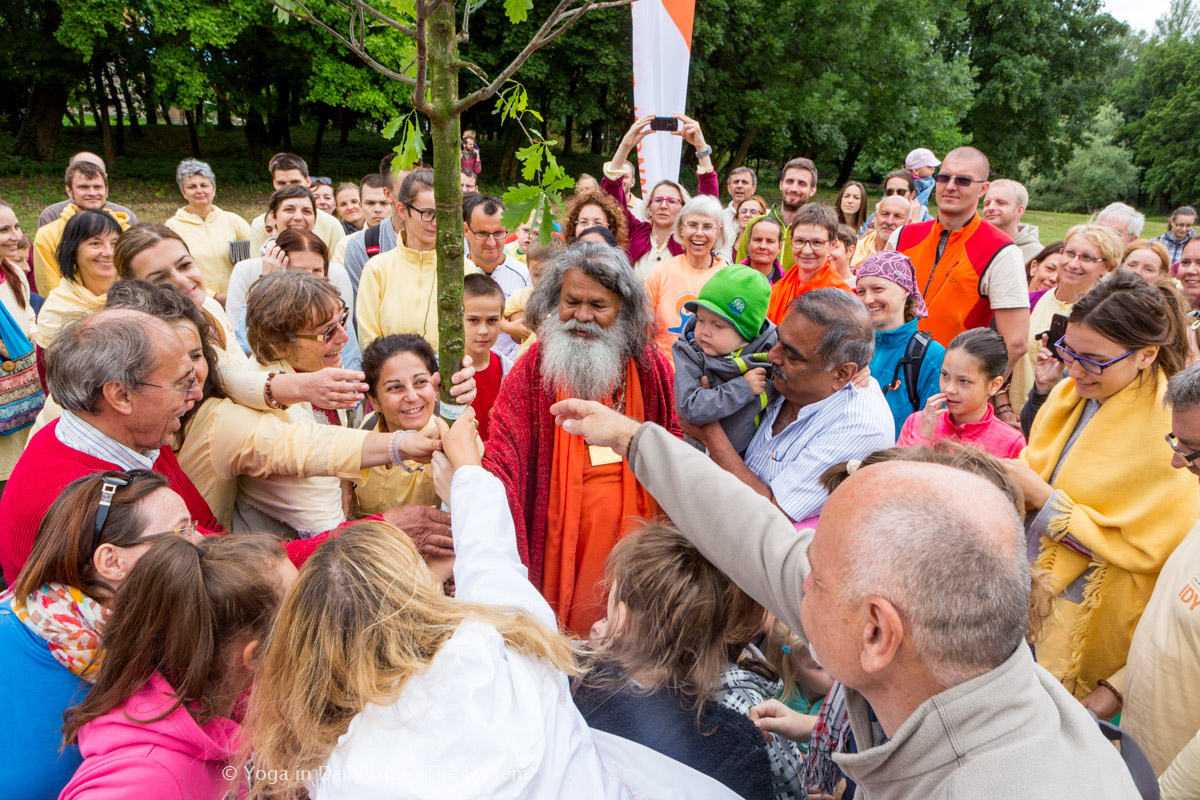 At the Weekend Seminar, His Holiness spoke about the types of inner energies: 10 pranas or vayus that are defined in the ancient scriptures as 5 pranas and 5 upa-pranas. 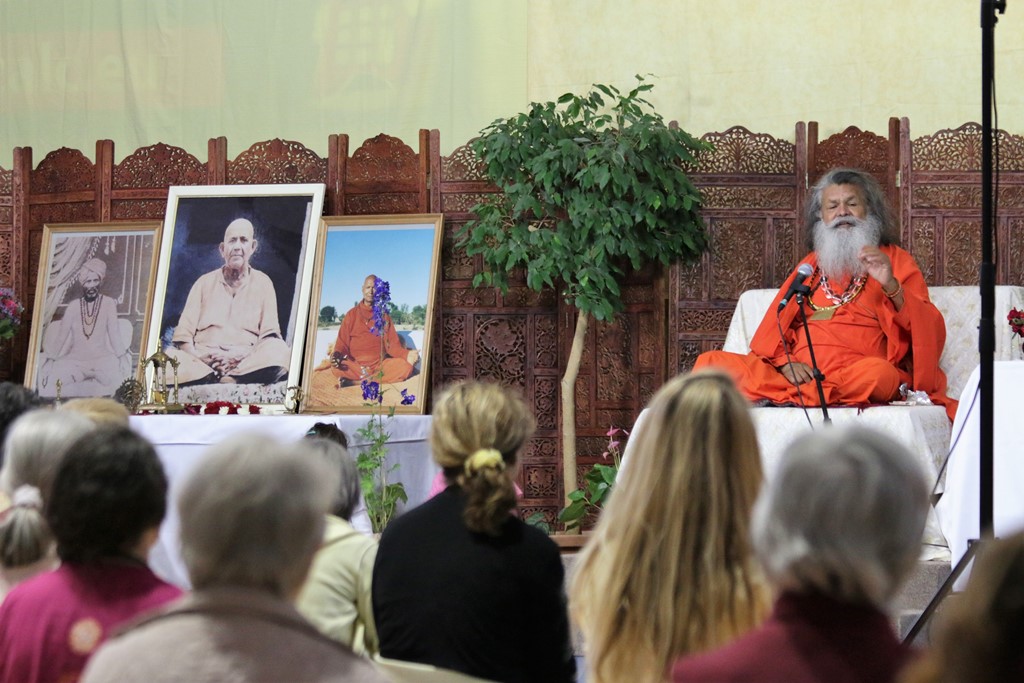 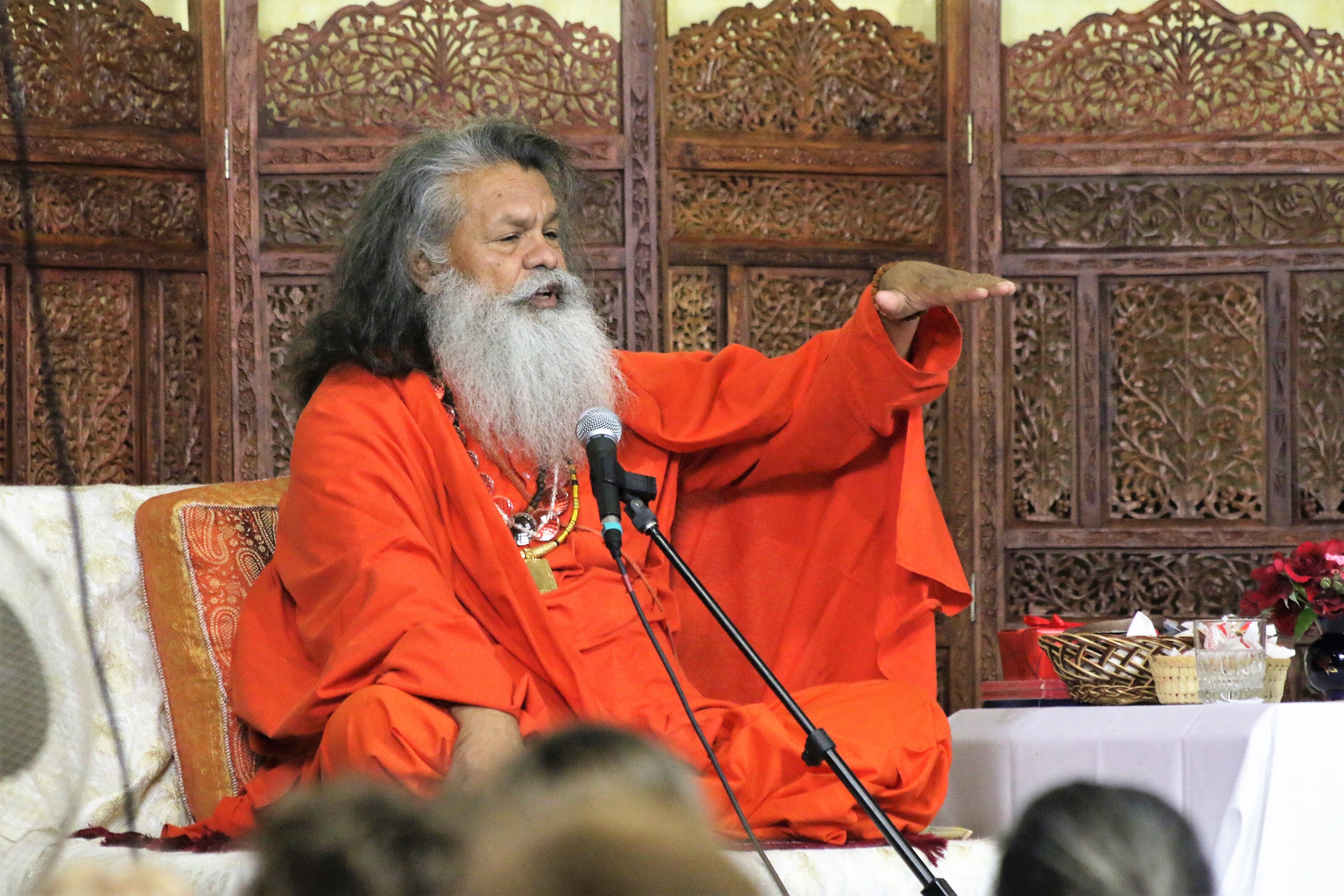 Generally prana is the received energy, and apana is the released energy. Both unite together in the navel area. When one’s apana is blocked, the excreted matter is hard to get rid of, even if the nourishment is of good quality. Such people have a greedy character. Angry people often have either diarrhea or constipation.

All illnesses have some kind of prana problems in the background. But instead of strengthening our pranas we start to take medicines, which often produce unwanted side effects. Meditation is the perfect medicine for the stressed brain. Meditation together with pranayama are the ultimate remedy to cure stress and regenerate the body and soul.

Vishwaguruji suggests that, “for perfect rejuvenation, you should observe the quality of your pranas and be aware of the message of your organs.”