At the beginning of June, His Holiness Vishwaguru Maheshwaranandaji visited Debrecen, in eastern Hungary.

The weekend seminar was a great event, not only for the Hungarian practitioners of Yoga in Daily Life, but many visitors also travelled from other countries. The program was partly held outdoors in the yard of the Yoga in Daily Life Ashram in Debrecen. 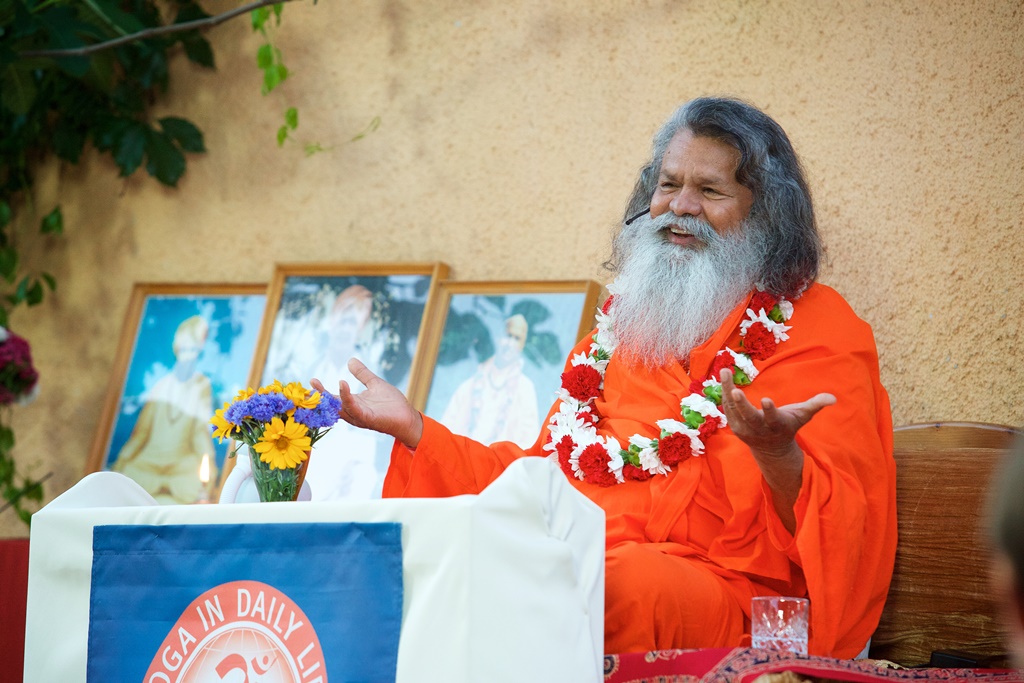 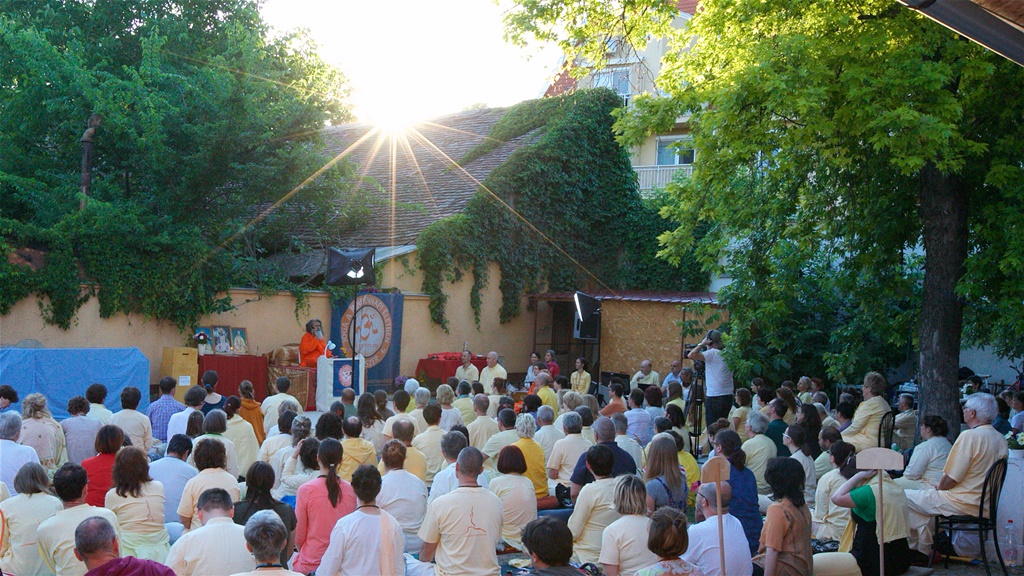 The seminar was built around the topic of releasing the inner pressure of vikaras, or ill thinking. Vishwaguruji emphasized that the root of problems in the personality are pride and jealousy. They create the sort of mental pollution that generates wrong lifestyle choices, which can lead to developing physical illnesses, such as stomach and heart problems. He clarified that this is the way mal, vikshepa and avarana (disturbances, impurities and ignorance) are formed. 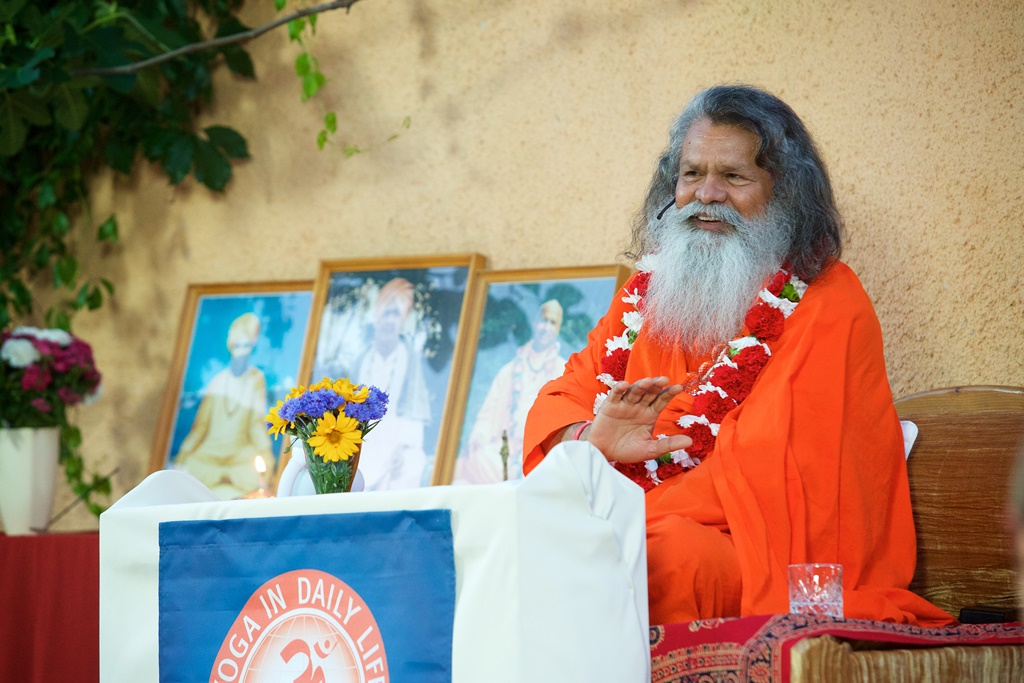 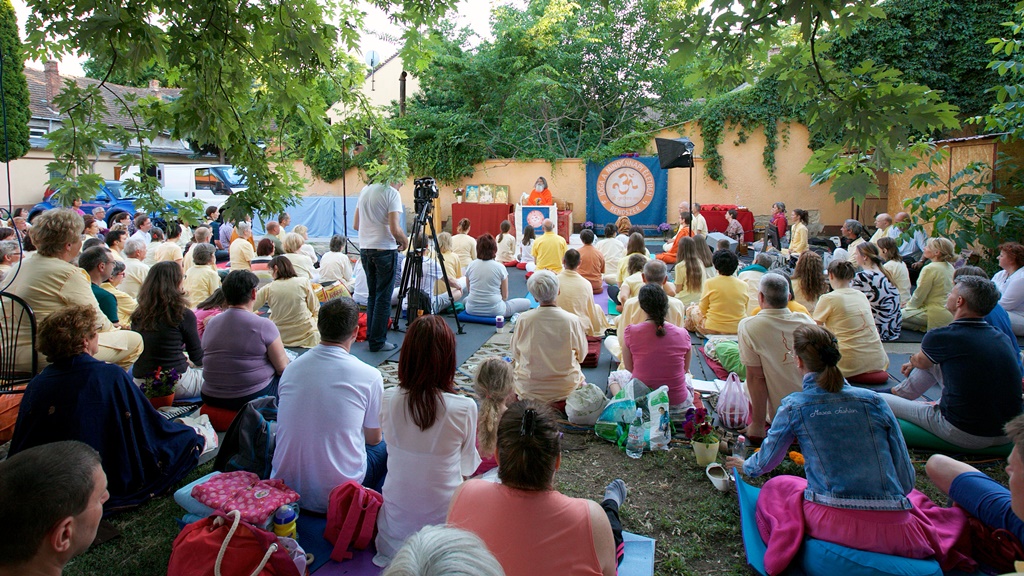 How to solve deep inner stress? His Holiness advised that there is only one way to get out of the pit of ignorance, and that is renunciation - releasing unnecessary desires and practicing self-inquiry daily. Vishwaguruji pointed out that "all negative impressions like anger, fear and desires, are dormant in the svadhishtana chakra.” 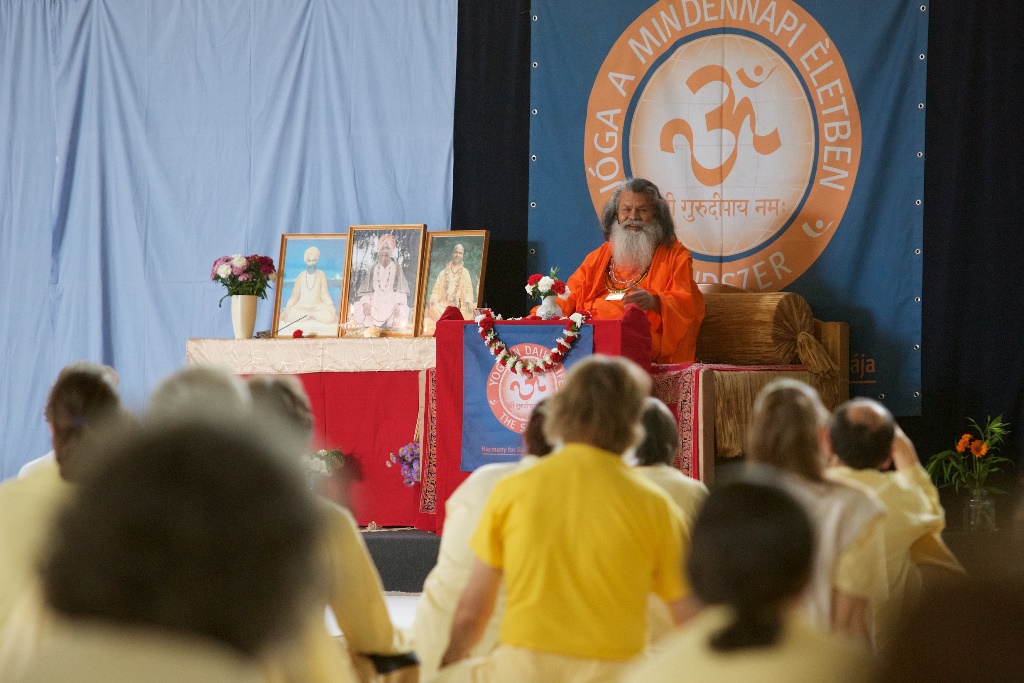 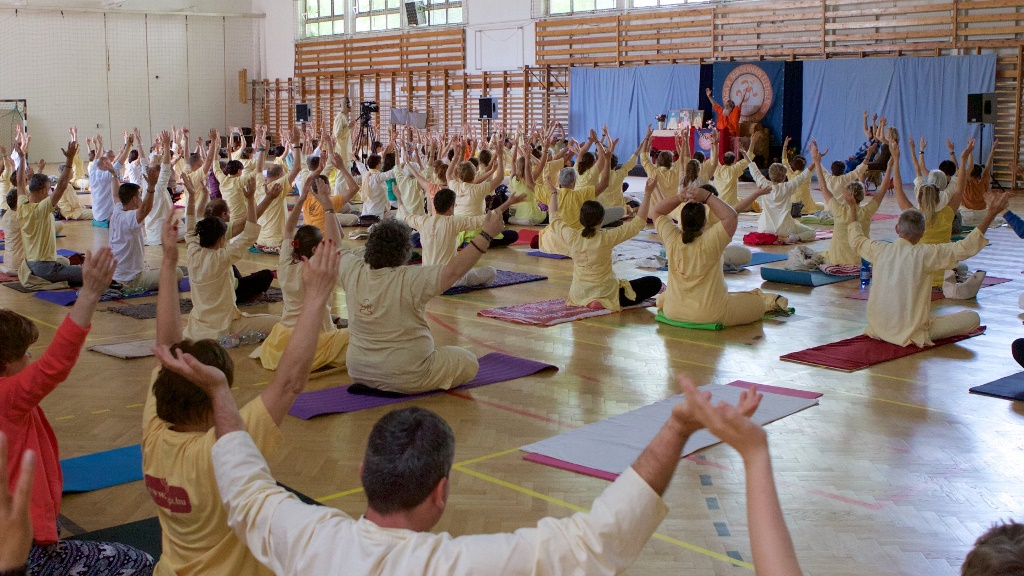 The best practical technique for releasing inner tensions and ill thoughts is Self-inquiry Meditation, which Vishwaguruji led several times during the seminar. It is a way of finding the inner light, whilst releasing mental stress.

A highlight of the program in Debrecen was the planting of a Peace Tree in the Botanic Gardens of the University of Debrecen, where two native trees (oak and maple) were planted in the presence of Asmita Wele, professor of Ayurveda from the university.

His Holiness named the trees Riddhi and Siddhi, praying that they may give peace and prosperity to those who visit and circumambulate them (known as parikrama in Sanskrit), and in his speech said, “In India, trees are worshipped. We cannot harm the globe without its rebounding effects. So we should plant as many trees as we can. Trees can change the dry weather and make it vital again.” 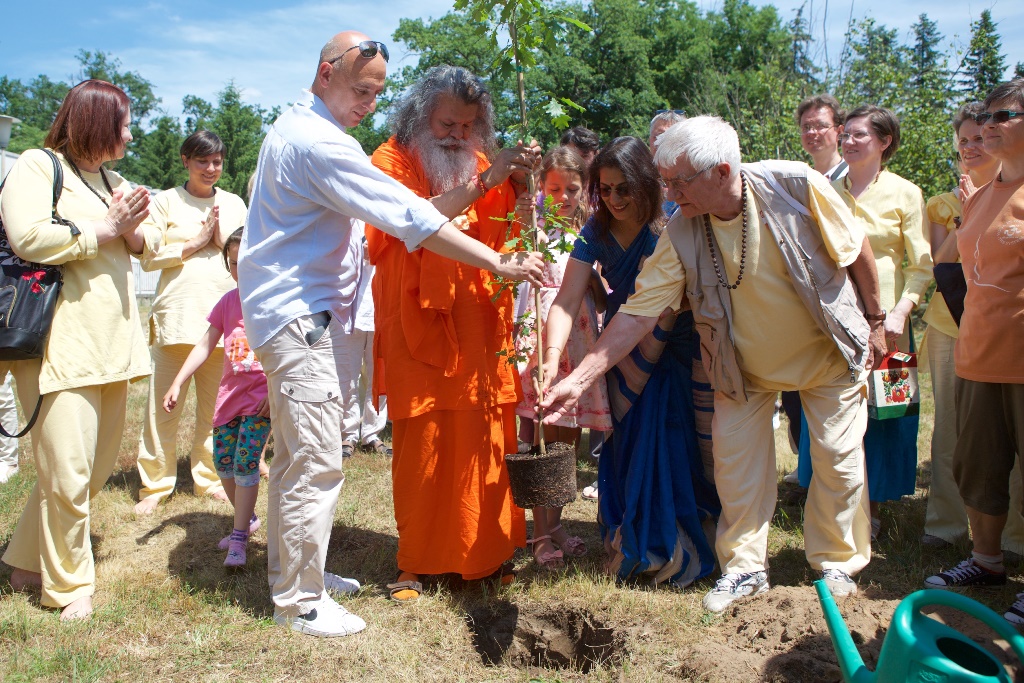 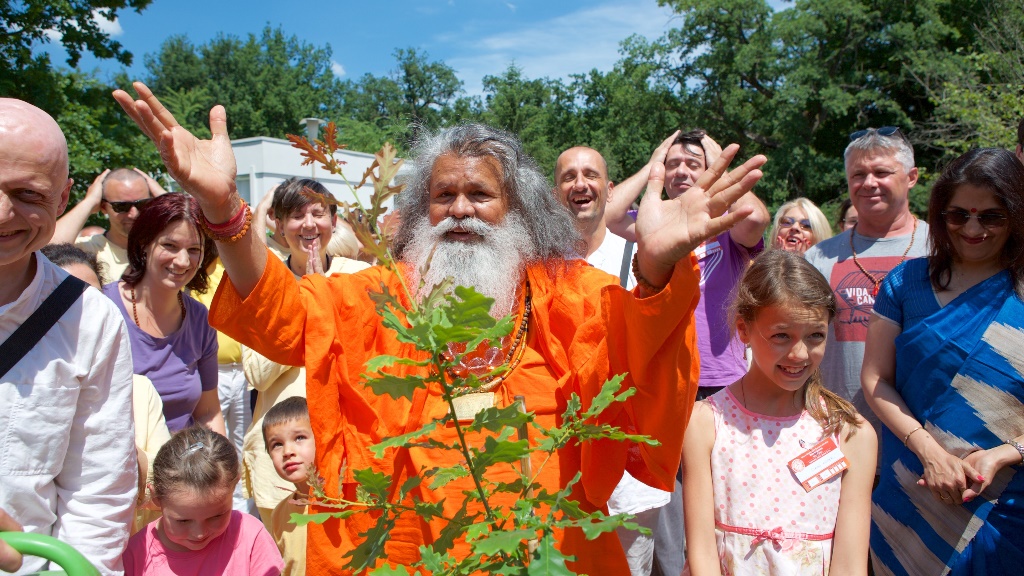 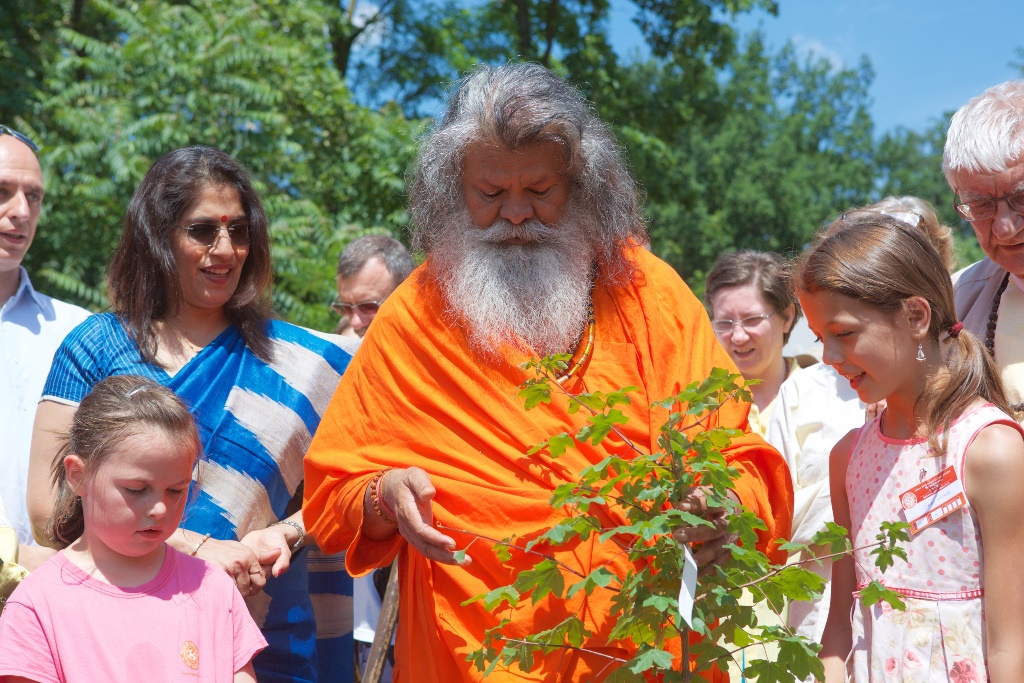 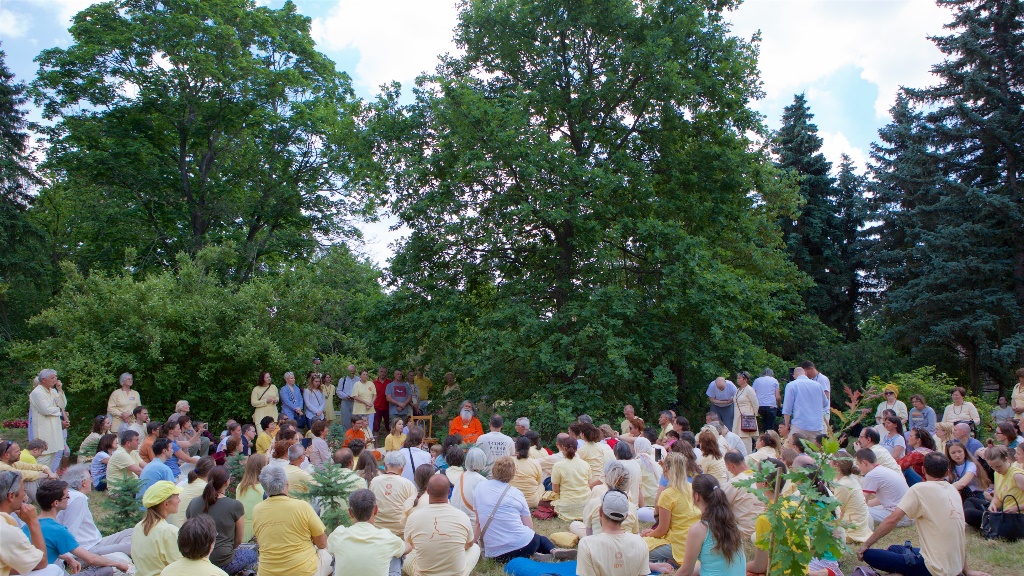 In Australia, 15 million trees have been planted in a project inspired by His Holiness, to support nature and offset climate changes. And both, frequent Peace Tree tree plantings and larger scale reforesting projects, are maintained all over the world by Yoga in Daily Life and its partners.

In India, Vishwaguruji has also been actively participating in initiatives that aim to save the river Ganges from pollution, and he has received official acknowledgement of his work in greening the desert in Rajasthan. 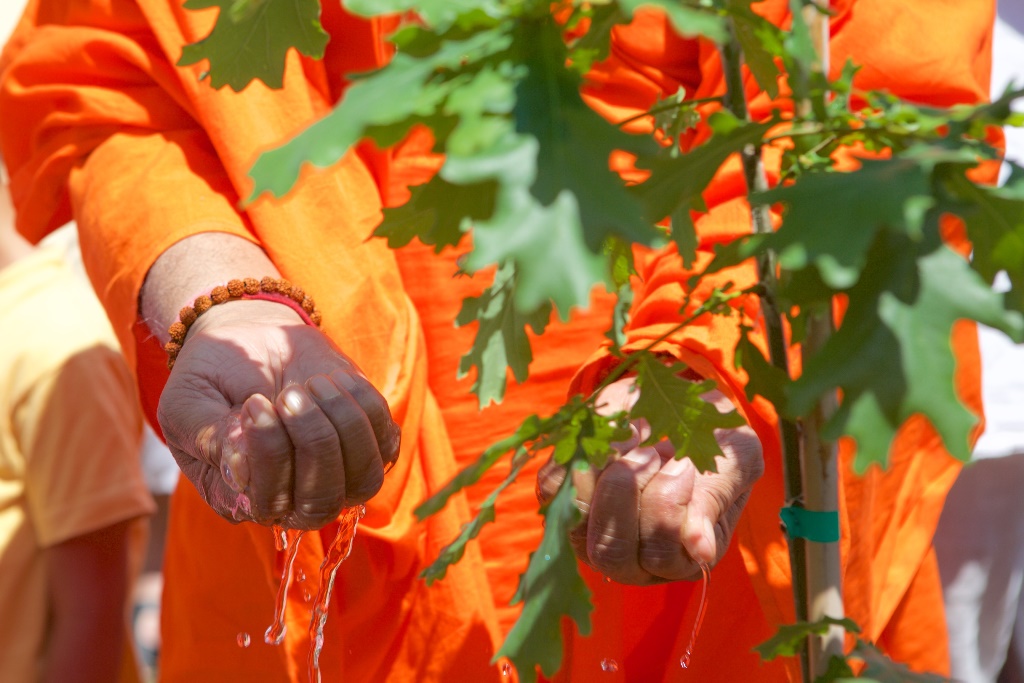 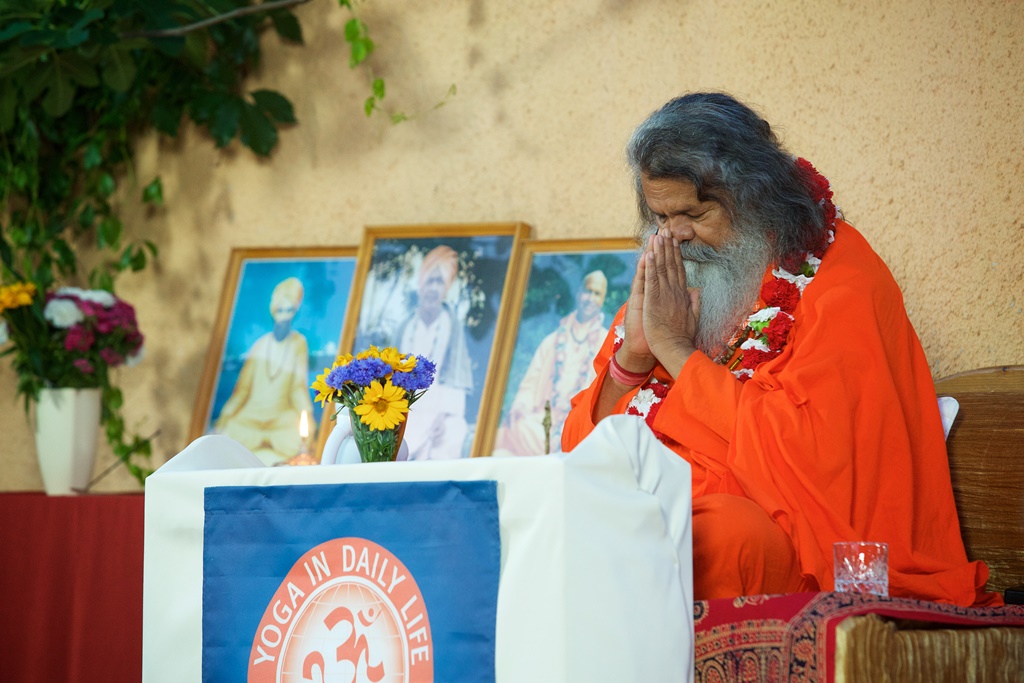 After the Sunday morning program in Debrecen, His Holiness departed to Budapest, where he gave a lecture in the Guru Ashram, established in the Hungarian capital since 1978.