Vishwaguru Mahamandaleshwar Paramhans Swami Maheshwaranandaji, author of the Yoga in Daily Life System visited Croatia again after two years, where he toured three main cities in four days. As always, the tour program was intense, so the four days were filled with many interesting lectures, seminars and meetings.

Vishwaguruji began his visit to Varazdin by visiting the new Varazdin Ashram. 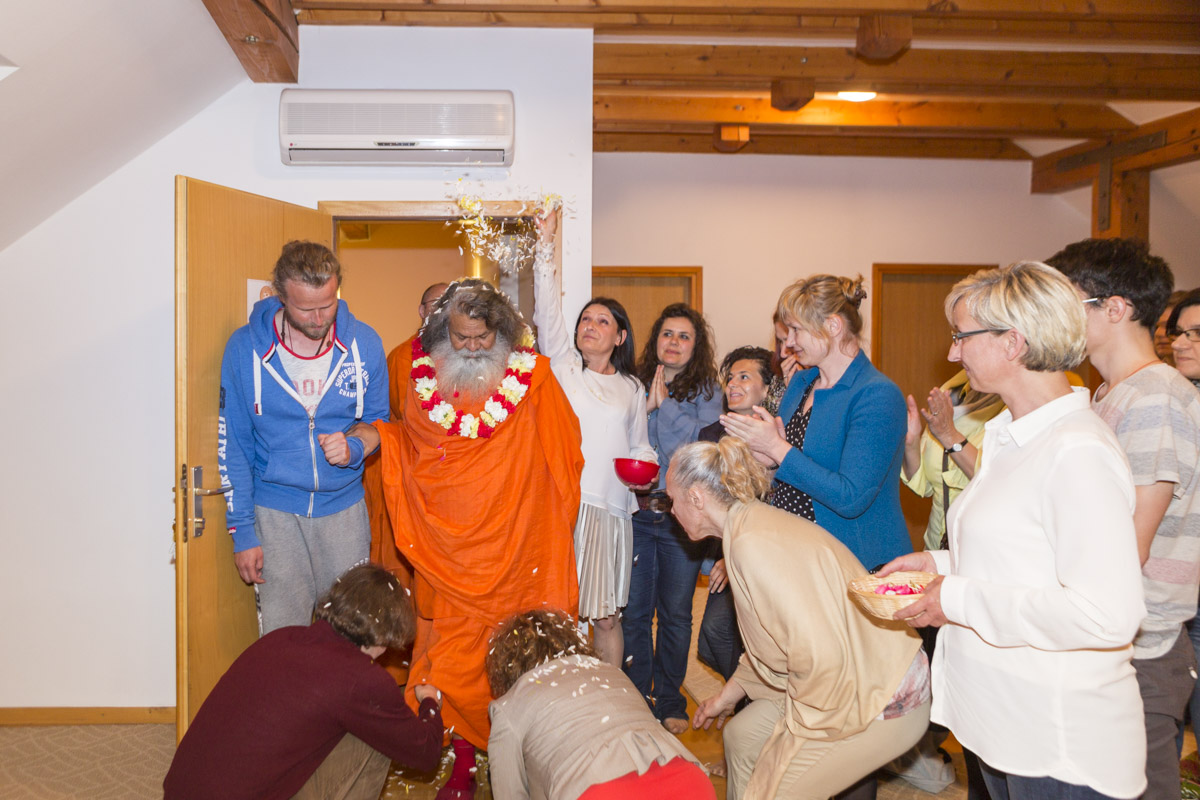 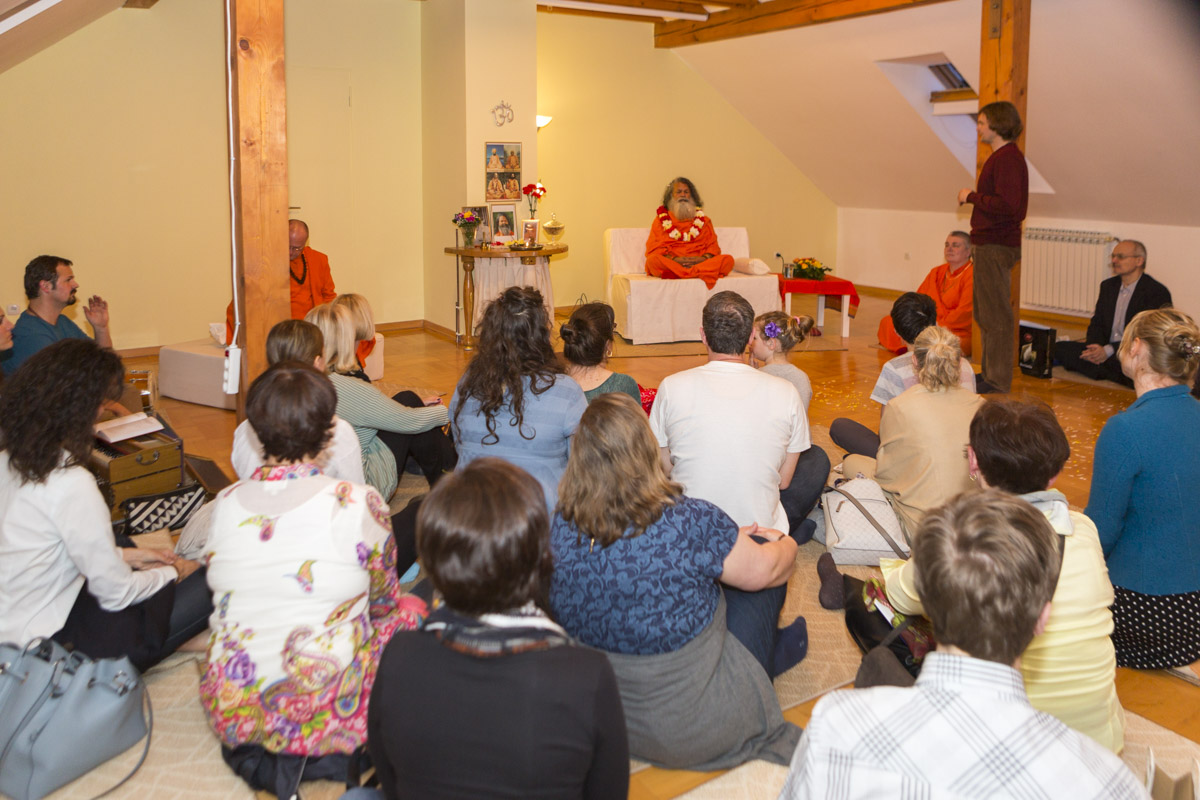 Yoga for children, practice of pranayama and meditation, plus lectures and workshops, were part of the two-day Yoga EXPO program in Varazdin, which is a festival of healthy living that for the third time brought together yoga centers and schools from throughout Varazdin County.

The grand finale of Yoga EXPO, which caught interest of many Varazdin citizens, was the public lecture with H. H. Vishwaguruji in the Concert Hall of the Varazdin National Theatre. Speaking on the subject of 'Yoga and Ayurveda for wellbeing', the talk marked the beginning of Vishwaguruji's public programs on his four-day tour in Croatia. 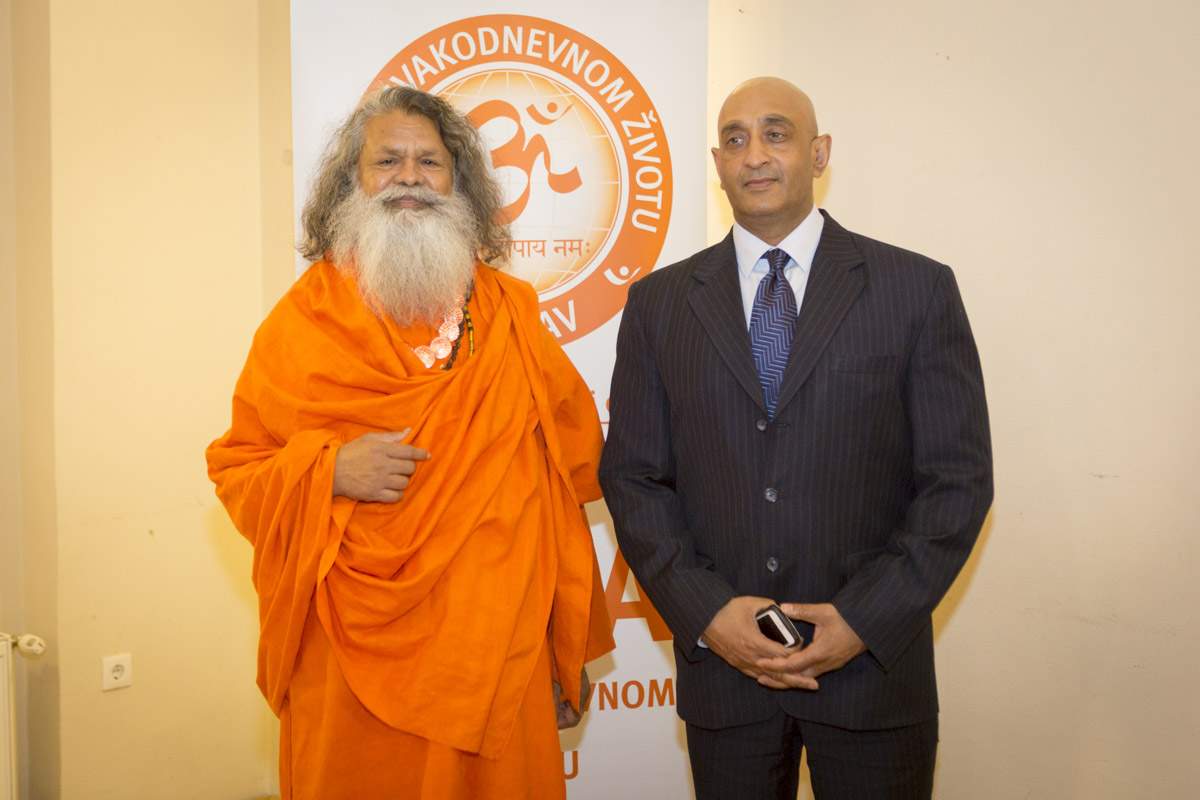 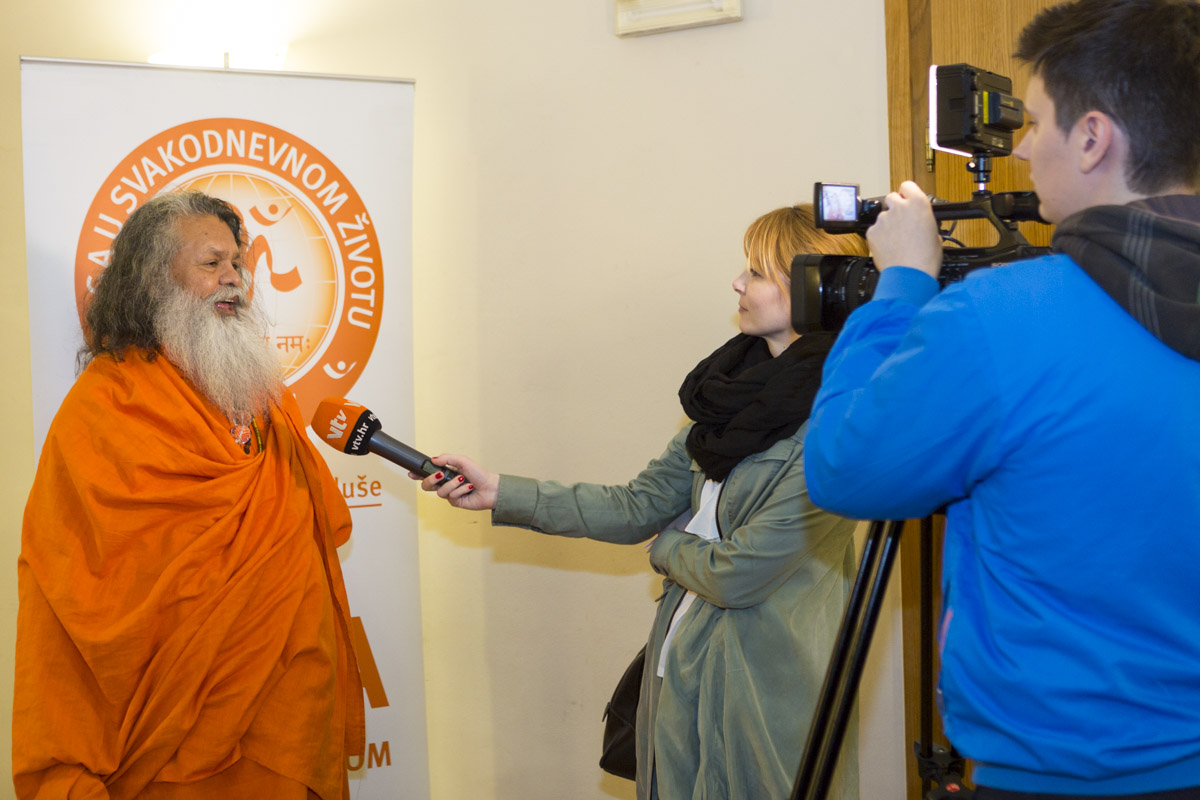 "It is important to have good physical, mental, social and spiritual health, so that we can reflect on the world, on where we are, and in which direction this world is going. We must protect our environment and wildlife, such as bees and birds, because nowadays we are destroying the beauty of nature. All this we can accomplish by leading a balanced life and harmony achievable through Yoga and Ayurveda. The greatest benefit of Yoga is the harmony of body, mind and spirit that enables us to achieve the highest level of consciousness that we call Liberation." - from Vishwaguruji's talk. 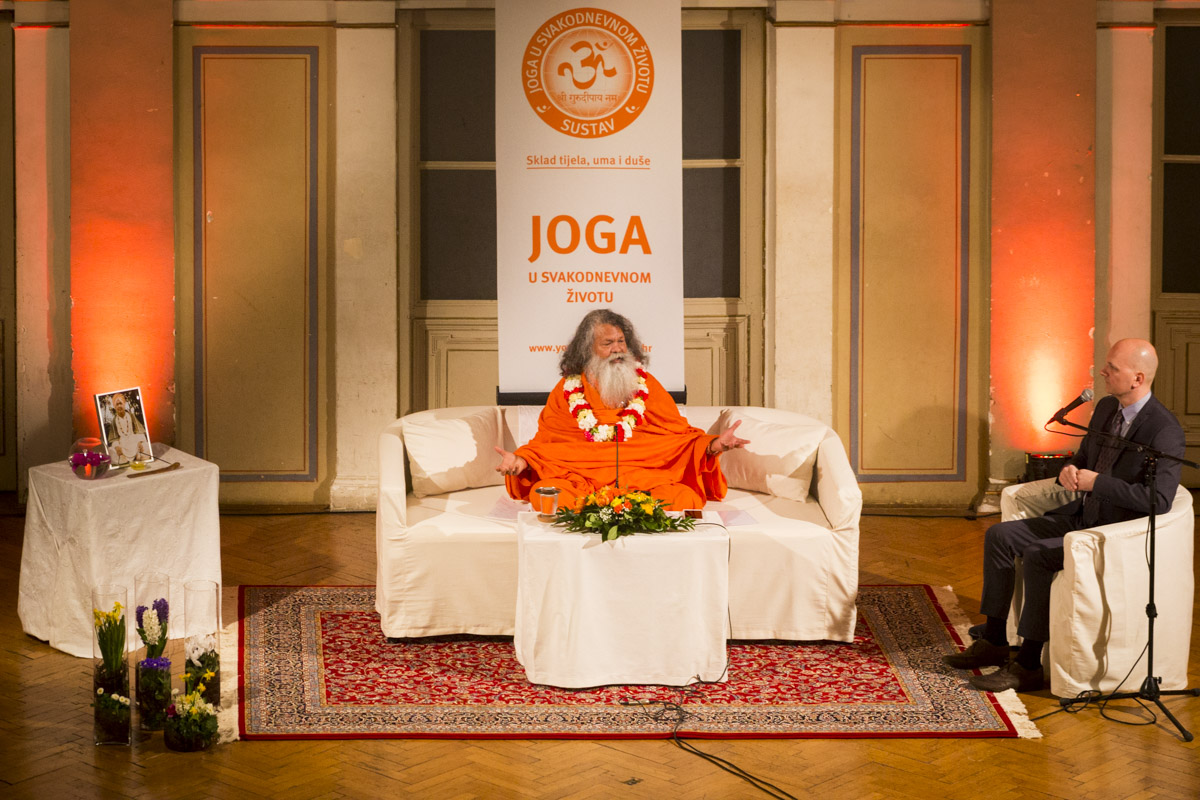 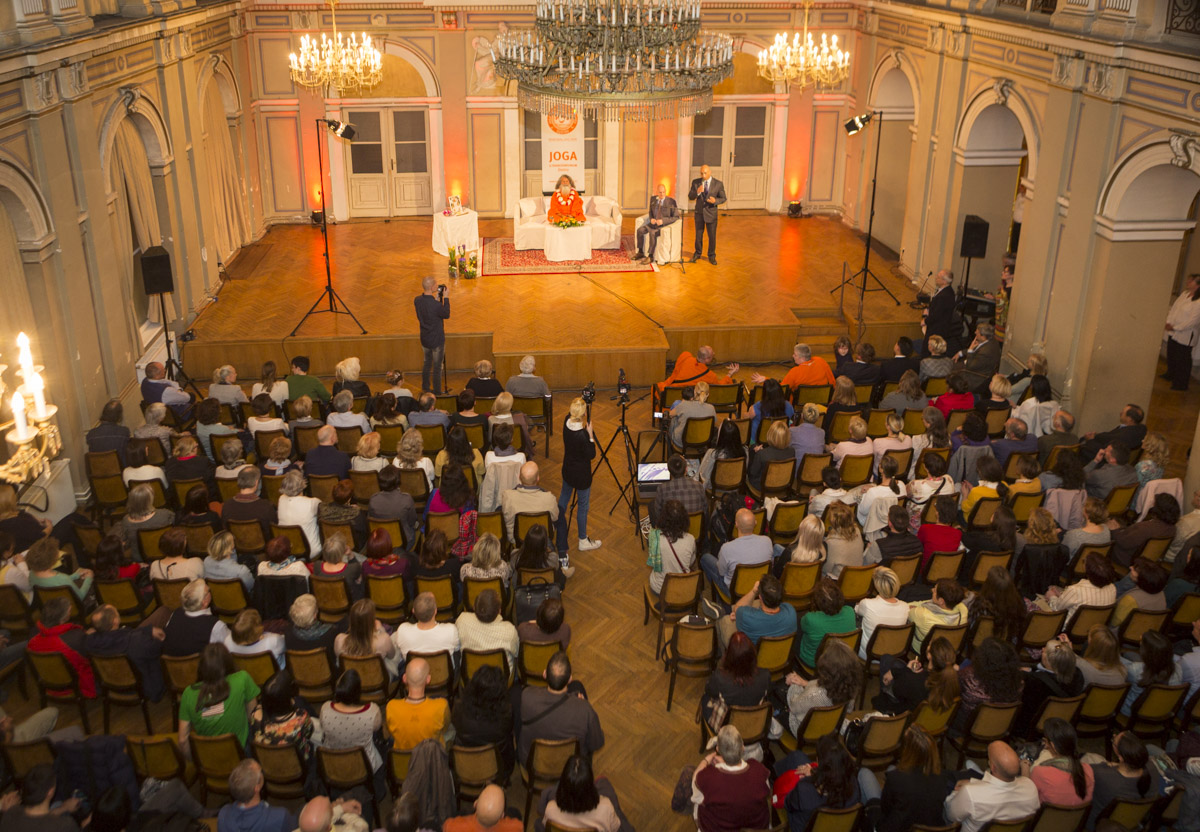 In the packed hall of one of the oldest theatres in Europe, Vishwaguruji was keenly listened to not only by the citizens of Varazdin, but also guests from all over Croatia, as well as from neighbouring countries. Among dignitaries from the city's public life was the Ambassador of India to the Republic of Croatia, His Excellency Sandeep Kumar, whose embassy was co-organizer of the Varazdin Yoga EXPO.

After Varazdin, Vishwaguruji continued his Croatian tour by visiting Rijeka. The "city that flows" (as Rijeka is often called) welcomed their beloved guest in the Yoga in Daily Life centre which, in addition to its beautiful hall, is also known to Rijeka citizens and guests for its accommodation hostel and vegetarian bistro and catering service. 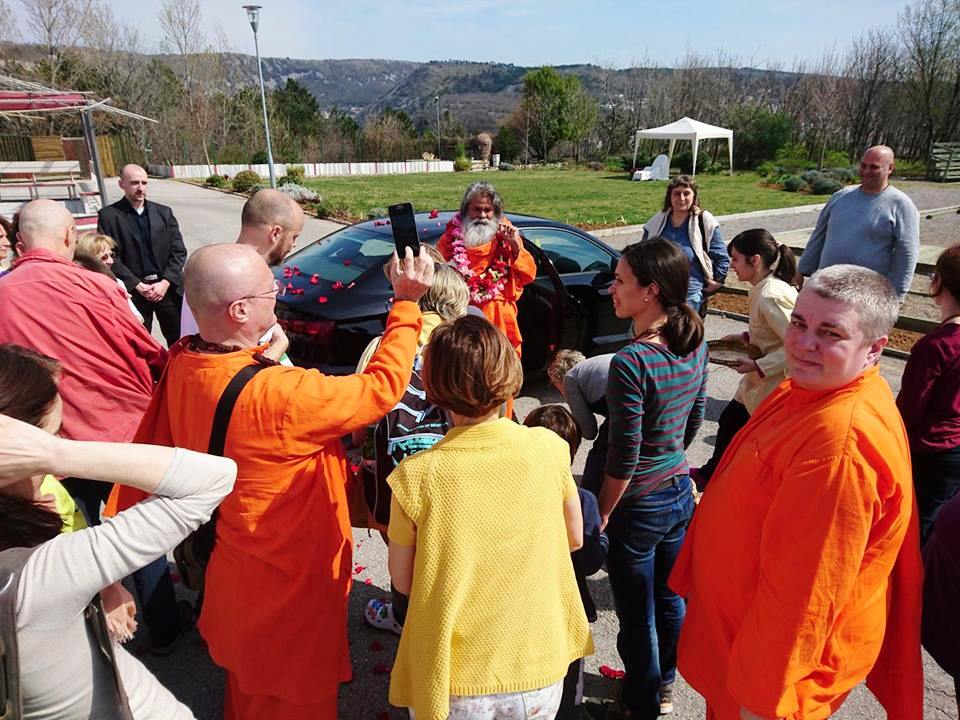 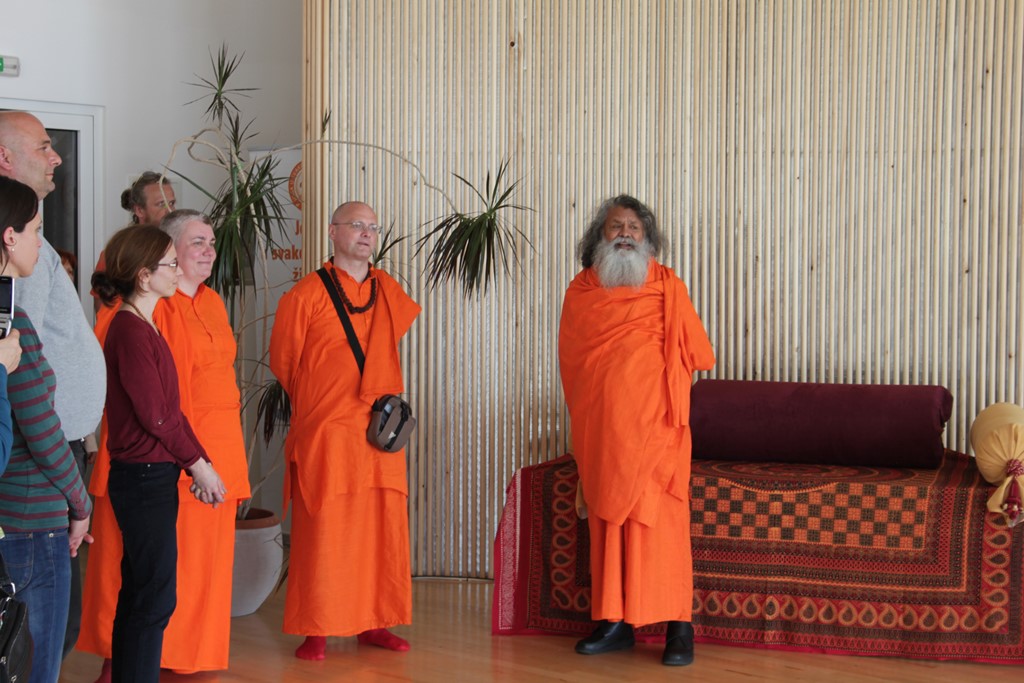 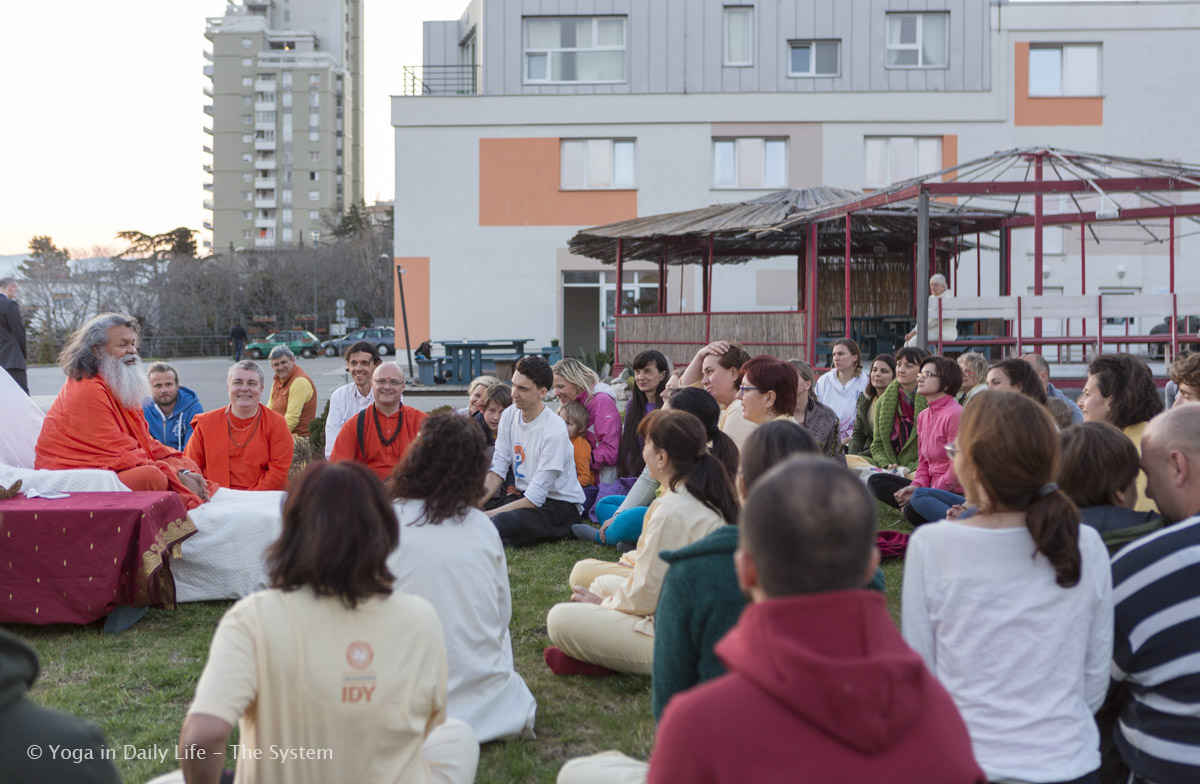 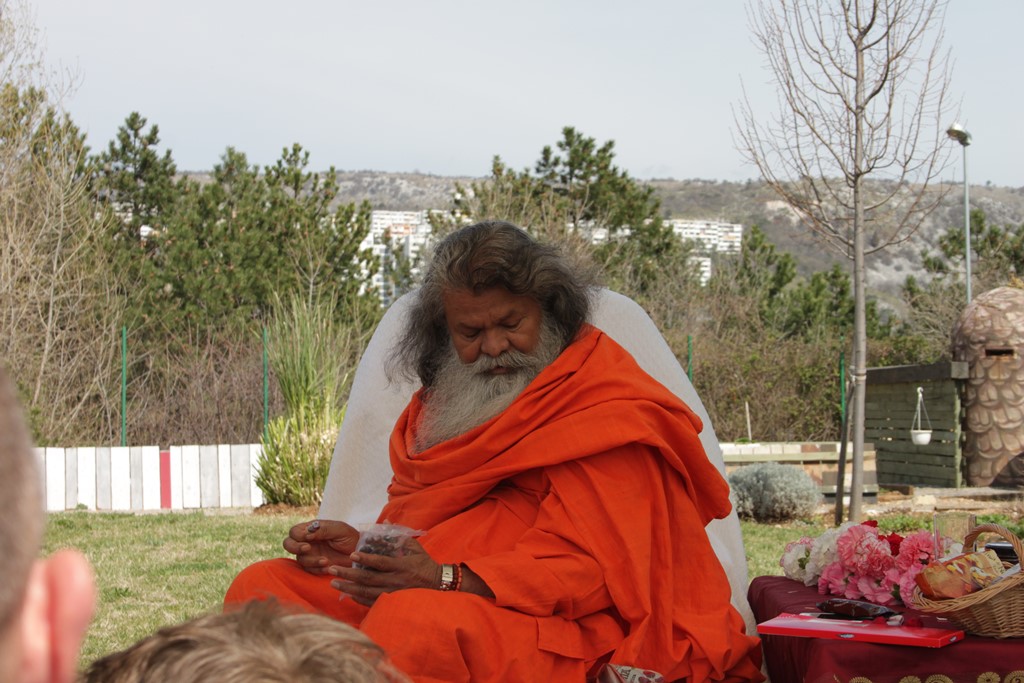 The weekend seminar, which was held in one of the largest and most beautiful sports halls in the Rijeka region, was a unique experience for all participants. In the beautiful spring climate of Croatia, all participants enjoyed asanas, pranayama, yoga nidra, meditation and, above all, Vishwaguruji's darshan (meeting) and satsangs.

The seminar also hosted an auction of photos of the Himalayas, with funds raised by the auction intended for the Gyan Putra project of Yoga in Daily Life in India, which supports the health and education of children in rural Rajasthan. 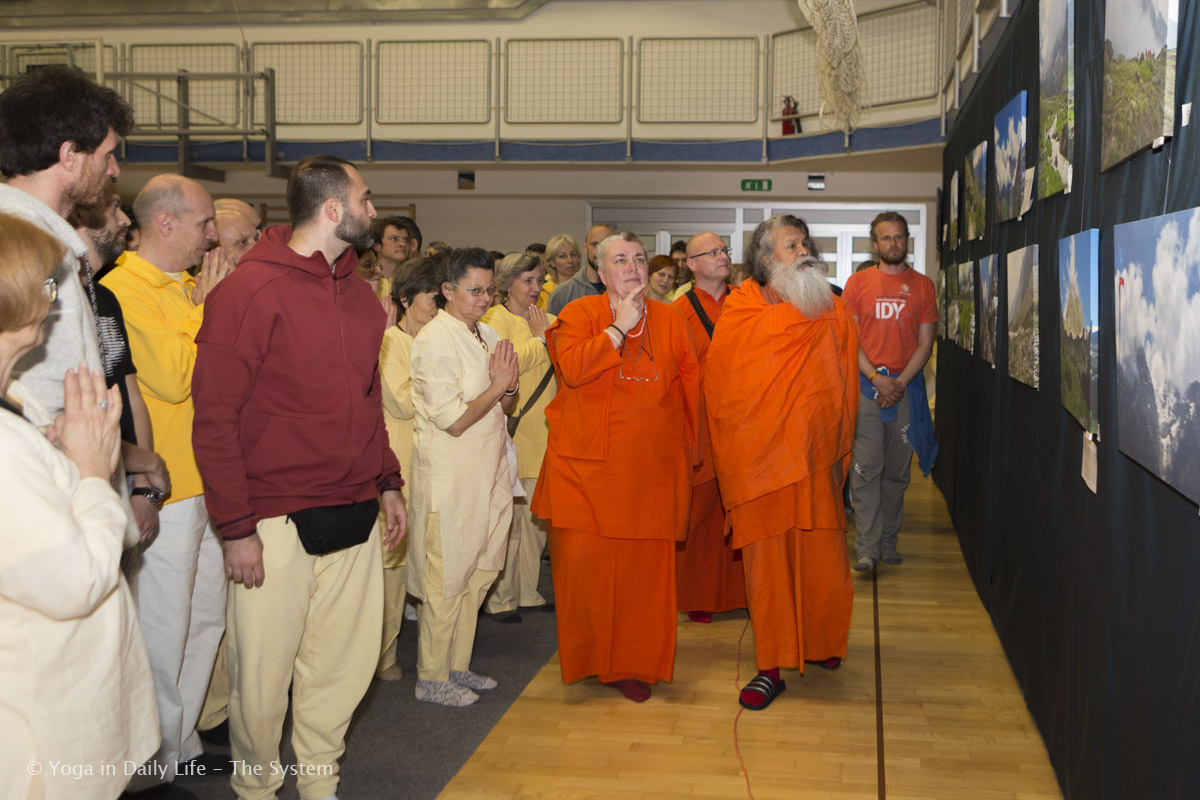 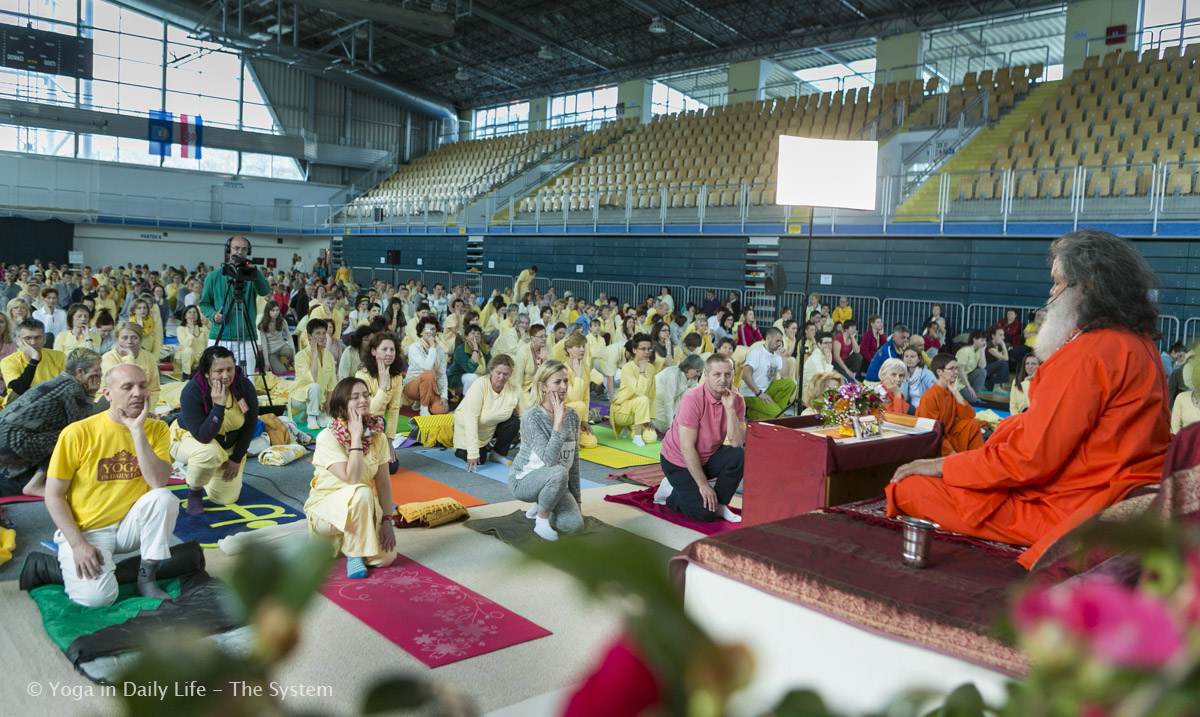 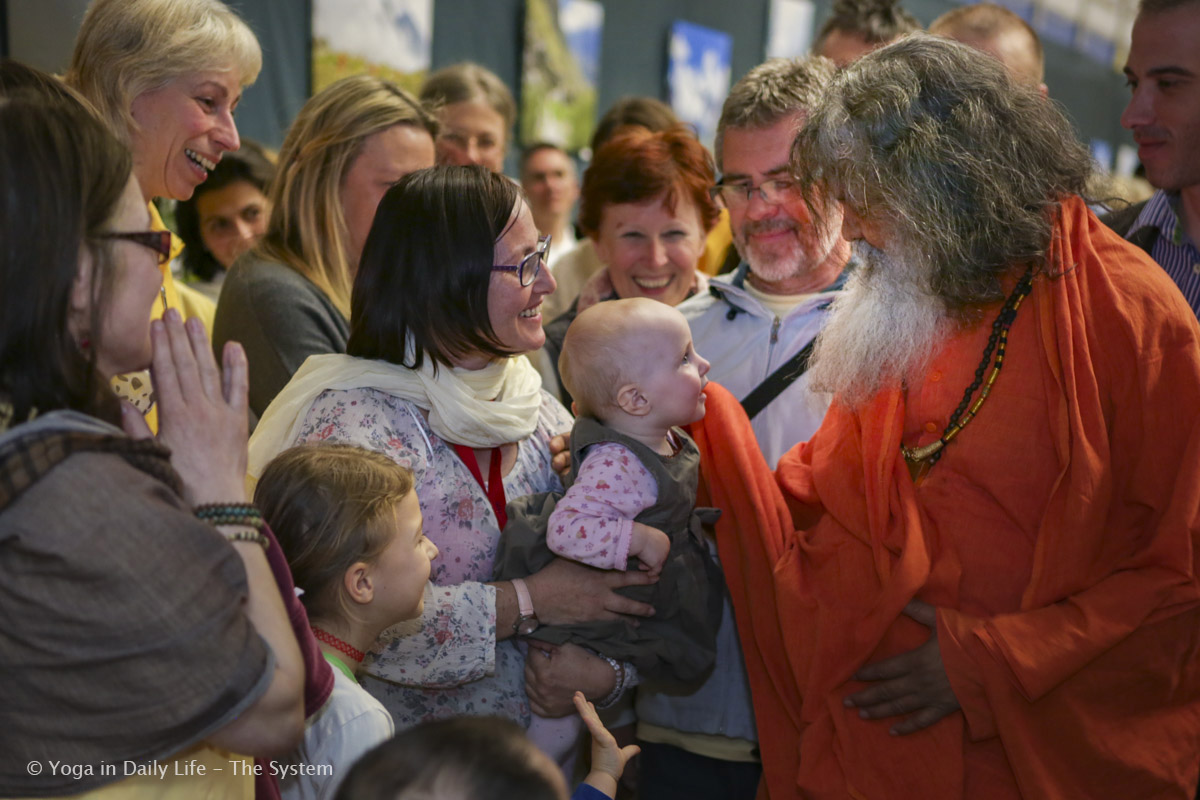 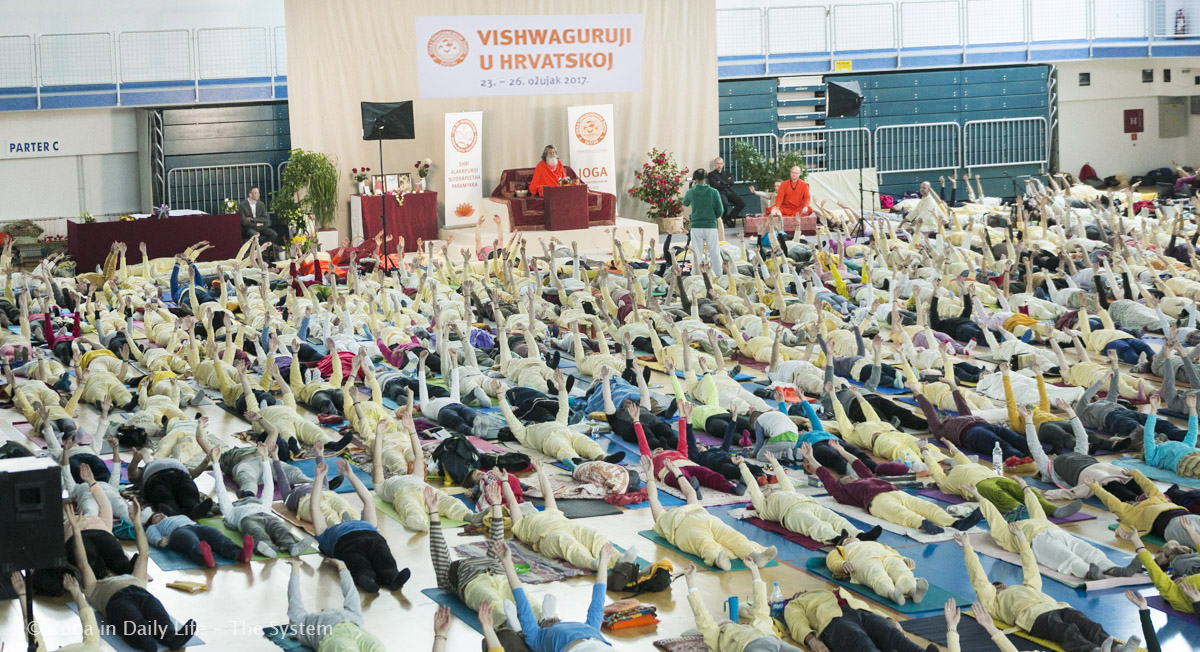 The importance of the connection between Yoga and Ayurveda was explained by Vishwaguruji through a simple analogy: "Yoga and Ayurveda are like two wings of a bird. Ayurveda will keep you healthy for a long life, so that with regular yoga sadhana you can fly directly to Brahma Loka."

Breaks between program sessions were reserved for walks and enjoying the sun and sea, and the peace and quiet of Kostrena village. 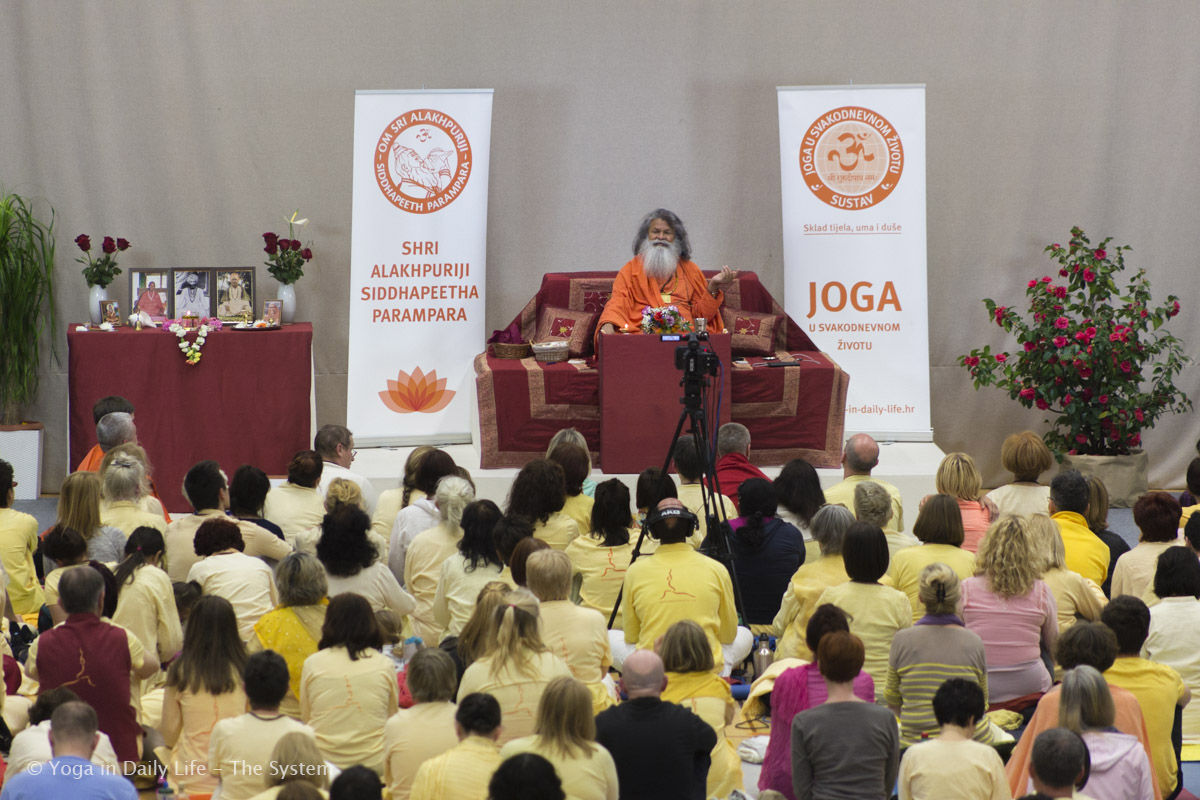 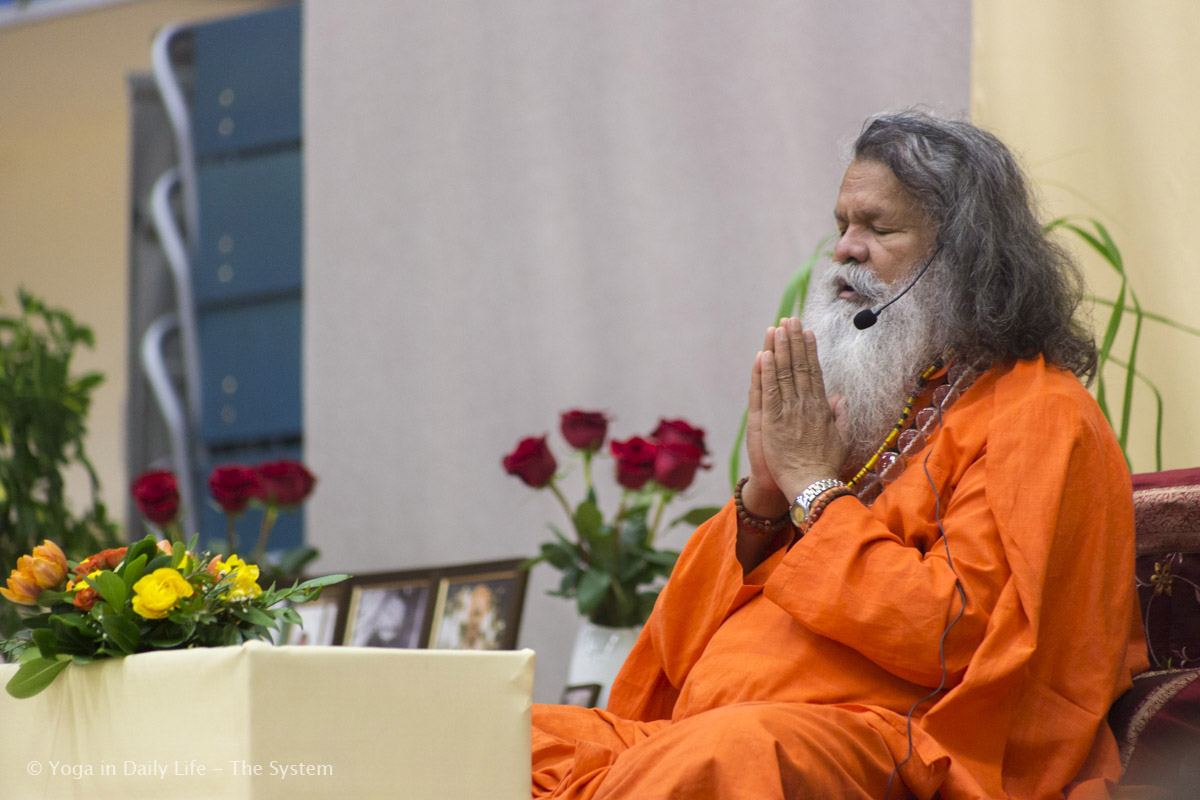 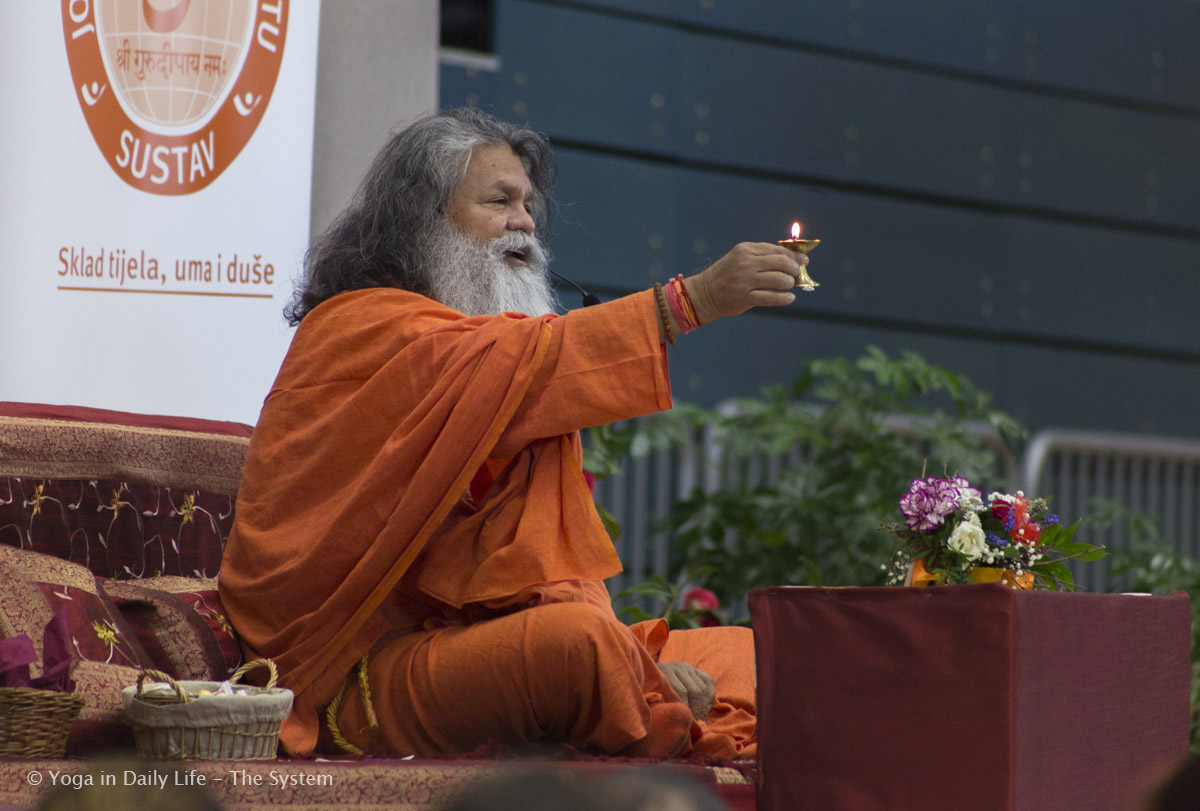 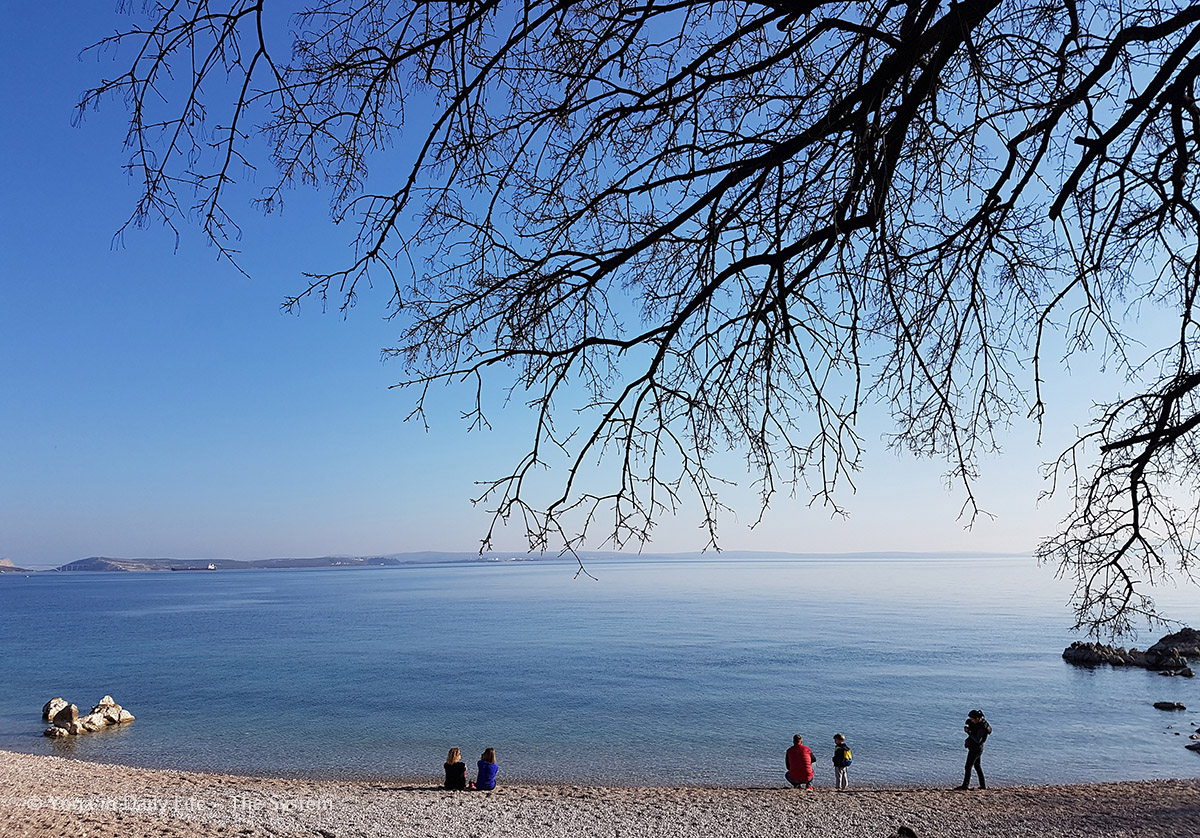 The crowning finale of the tour was a lecture held in the Croatian capital, Zagreb, continuing the theme of 'Yoga and Ayurveda for wellbeing'. On a Sunday evening, the audience filled the Sheraton Hotel hall to capacity. The lecture was opened in the best possible way - with chanting of Vedic hymns: Ganapathi Prarthana and Samana Suktam. Then with some well-known stories about yoga, Vishwaguruji blessed all those present with such joy and pleasure that no one in the audience could deny. 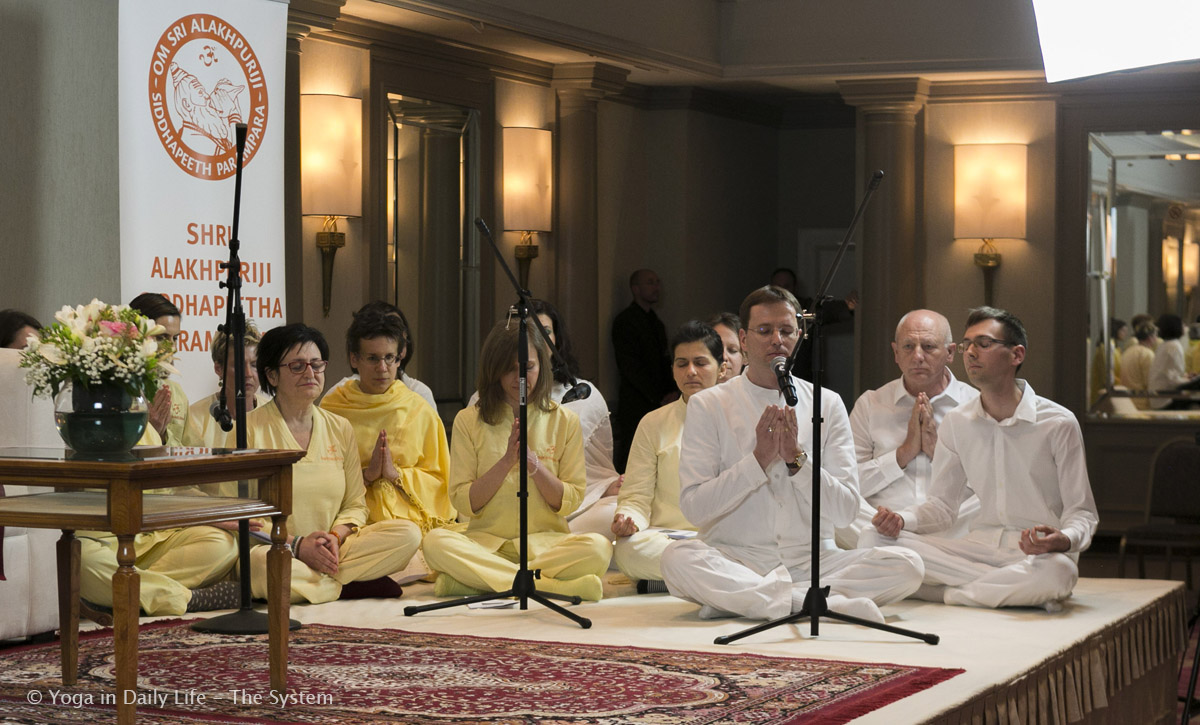 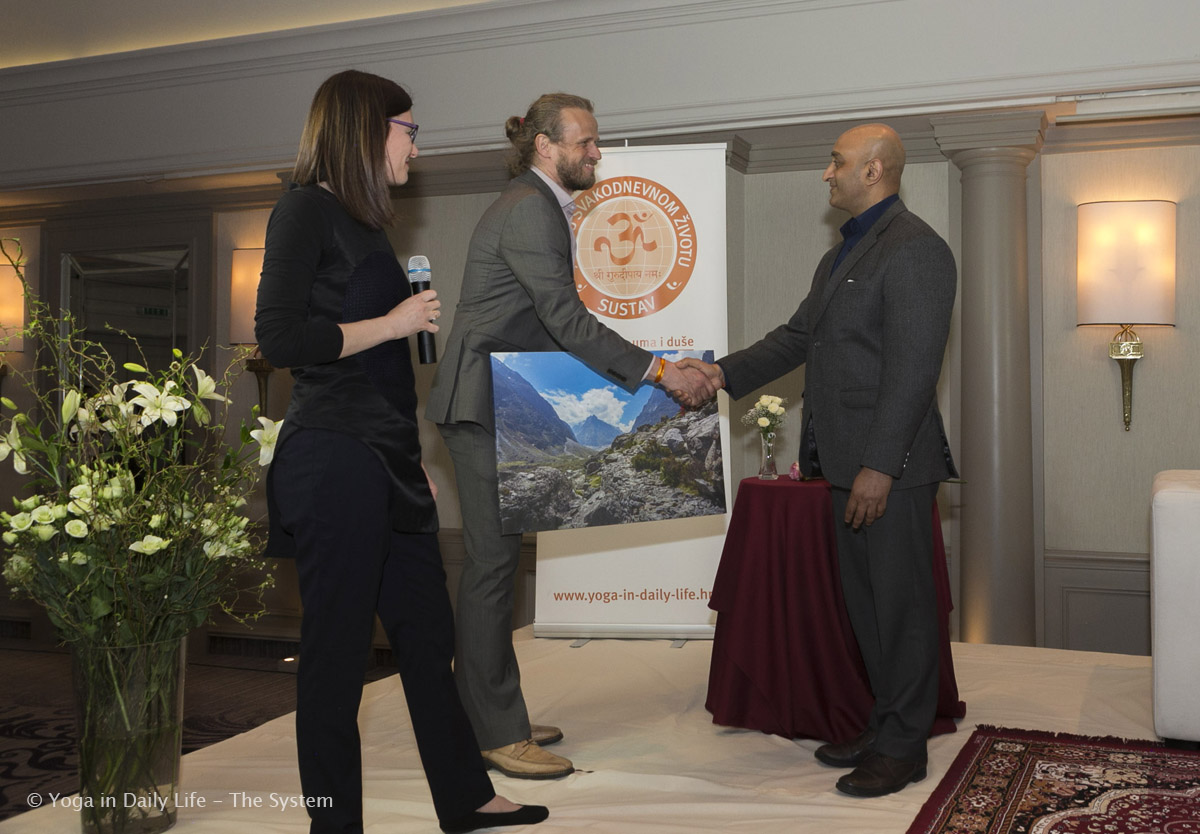 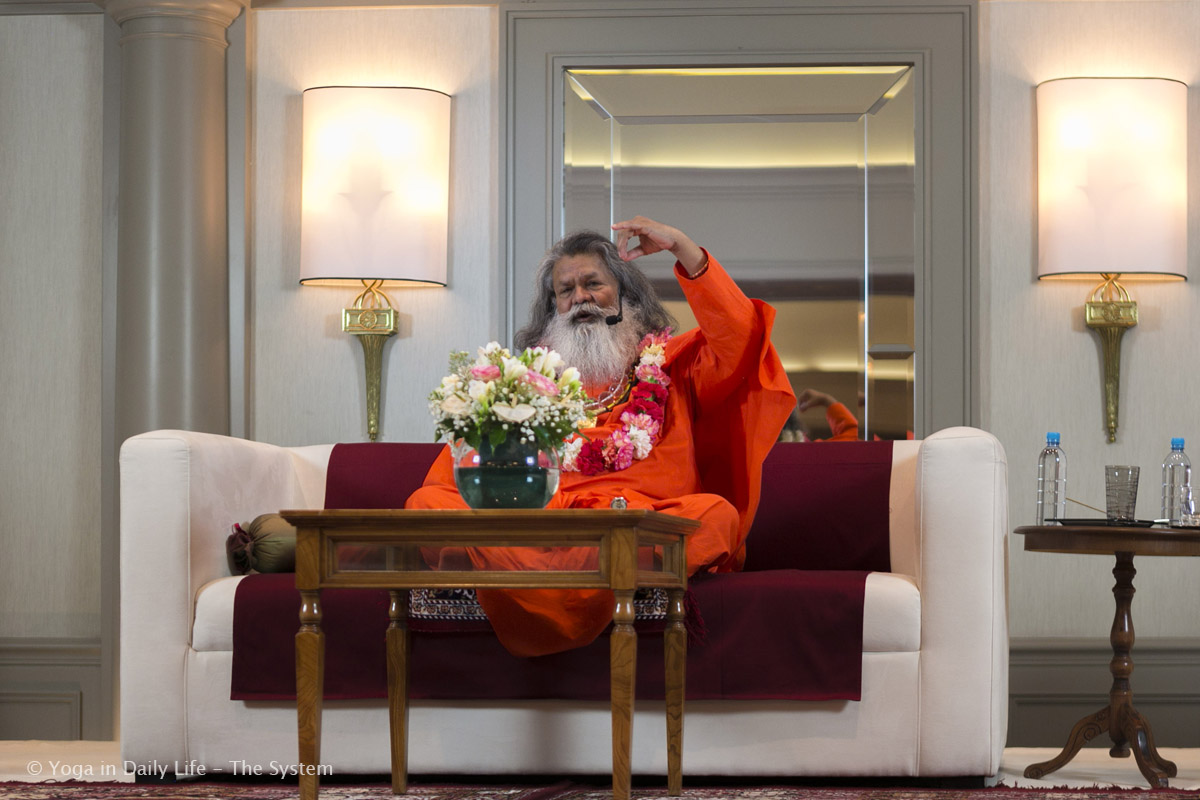 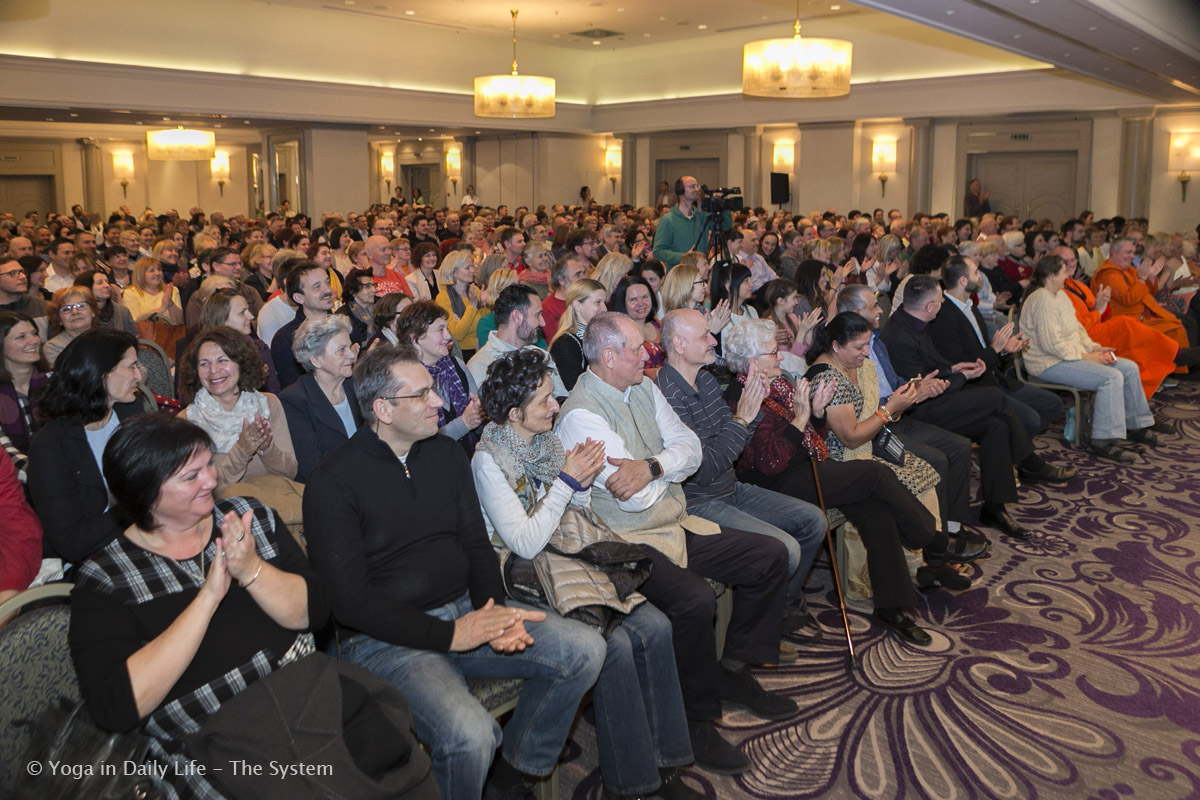 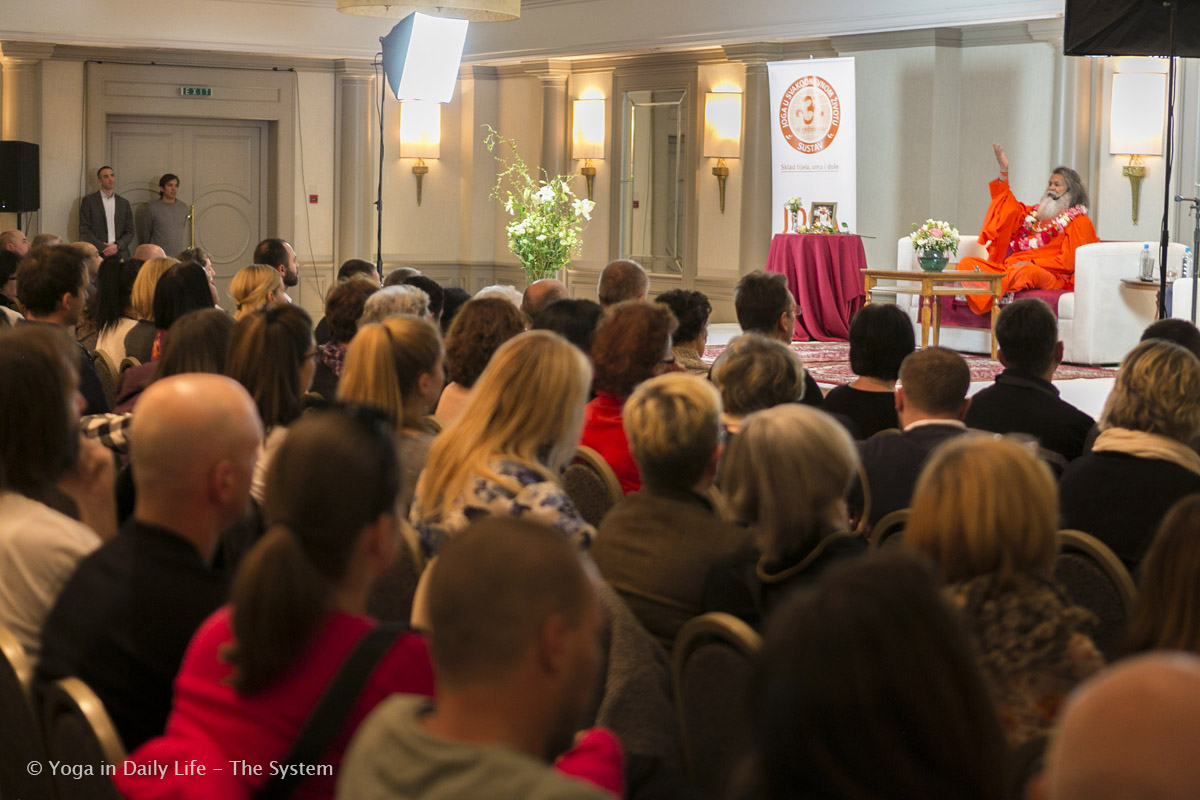 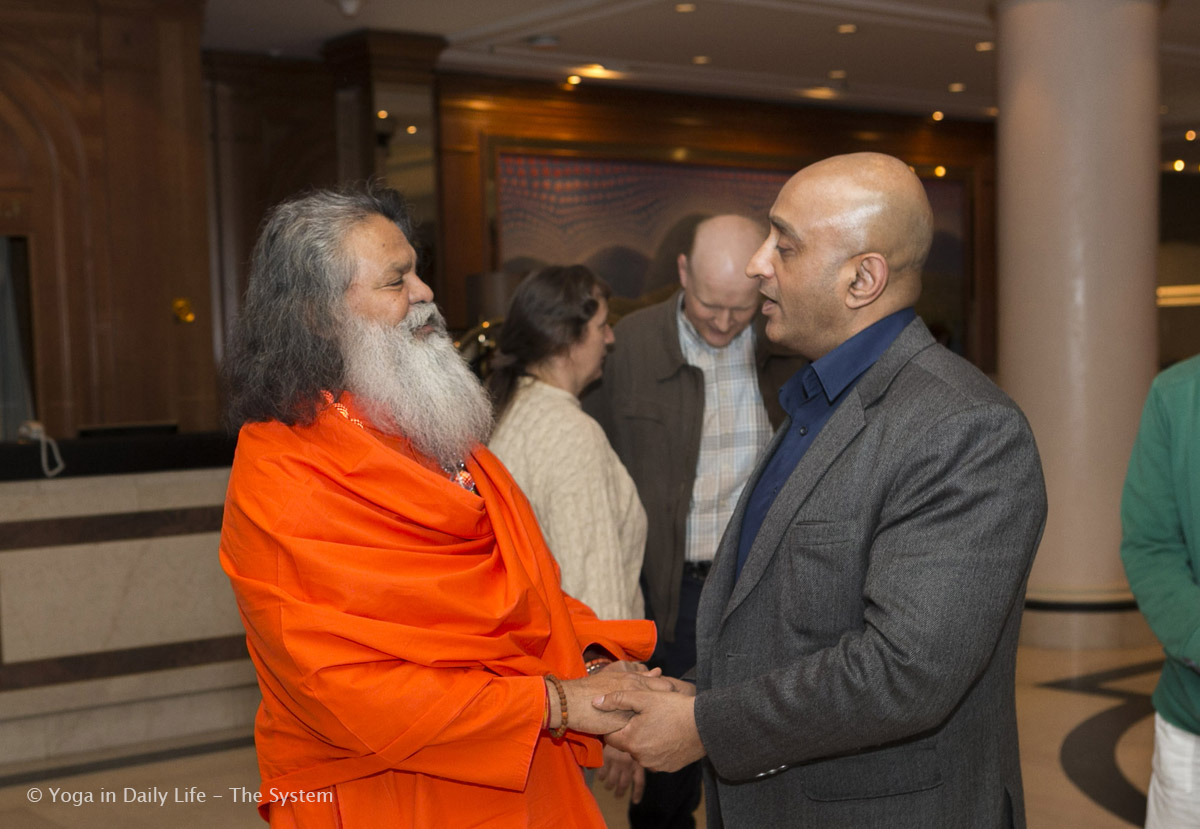 Vishwaguruji completed his stay in Croatia by making an unplanned visit to the Zagreb Sri Devpuriji Ashram, which became filled to the brim with delighted devotees. 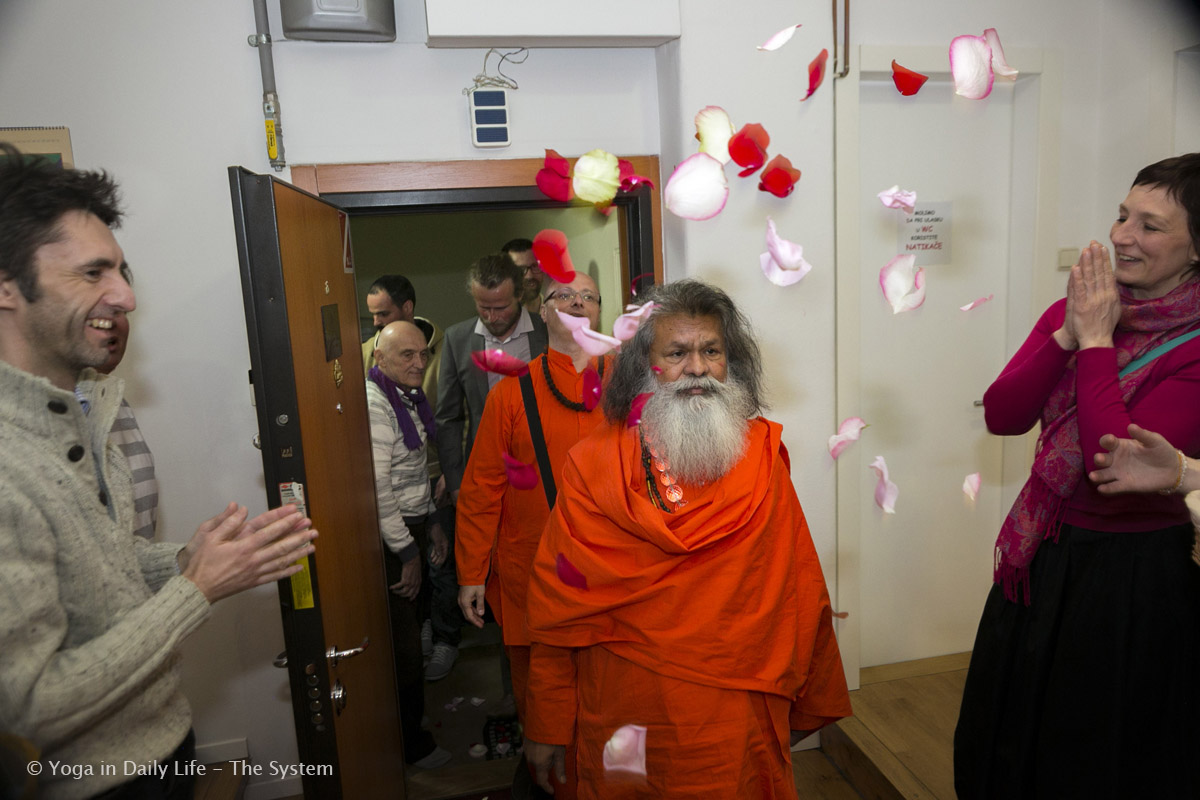 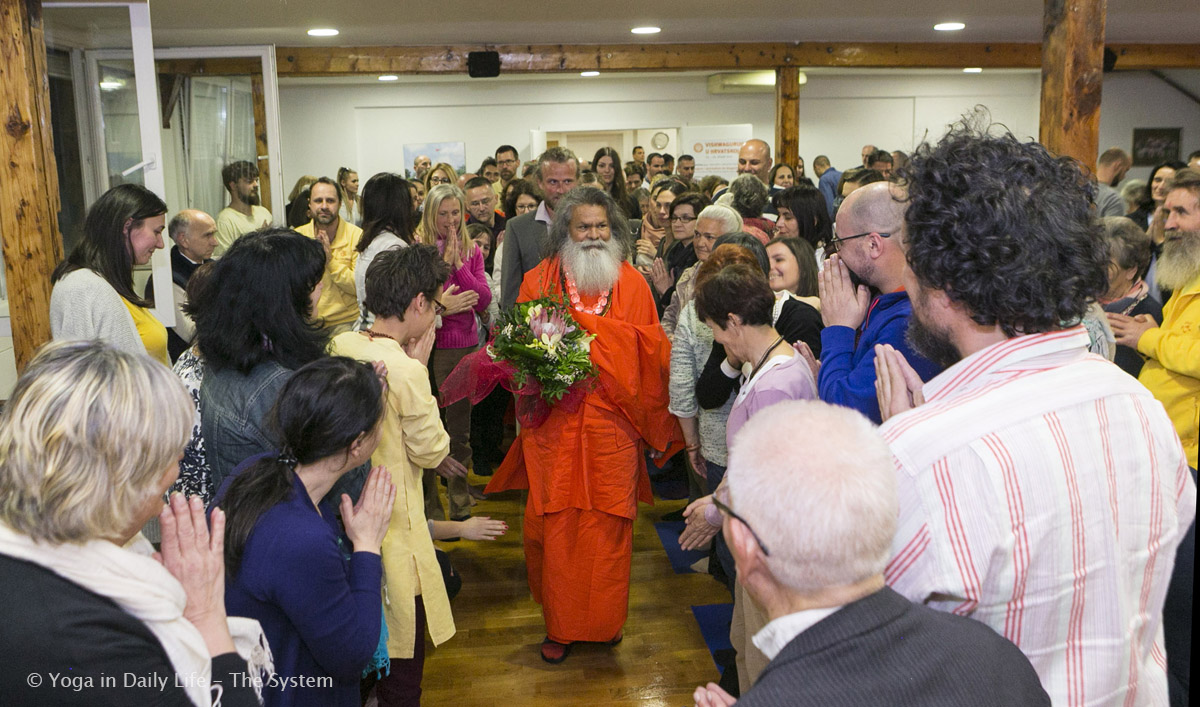 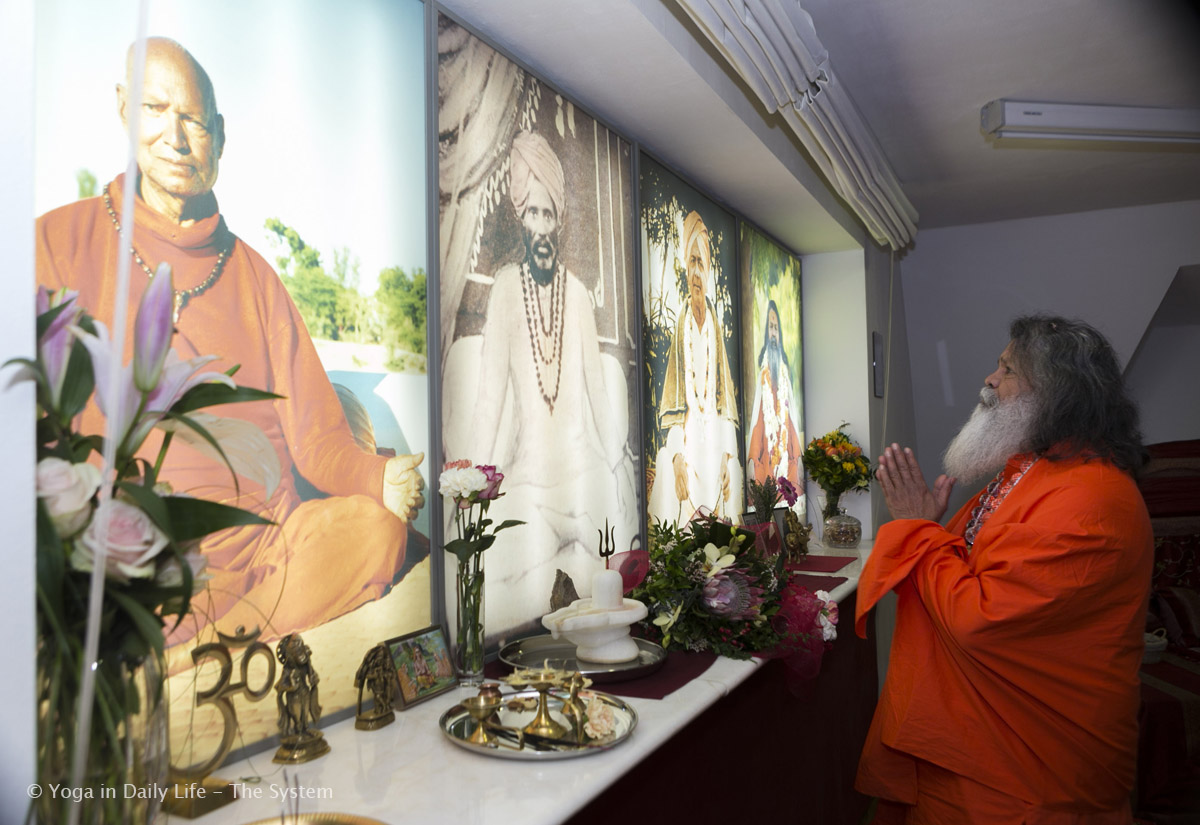 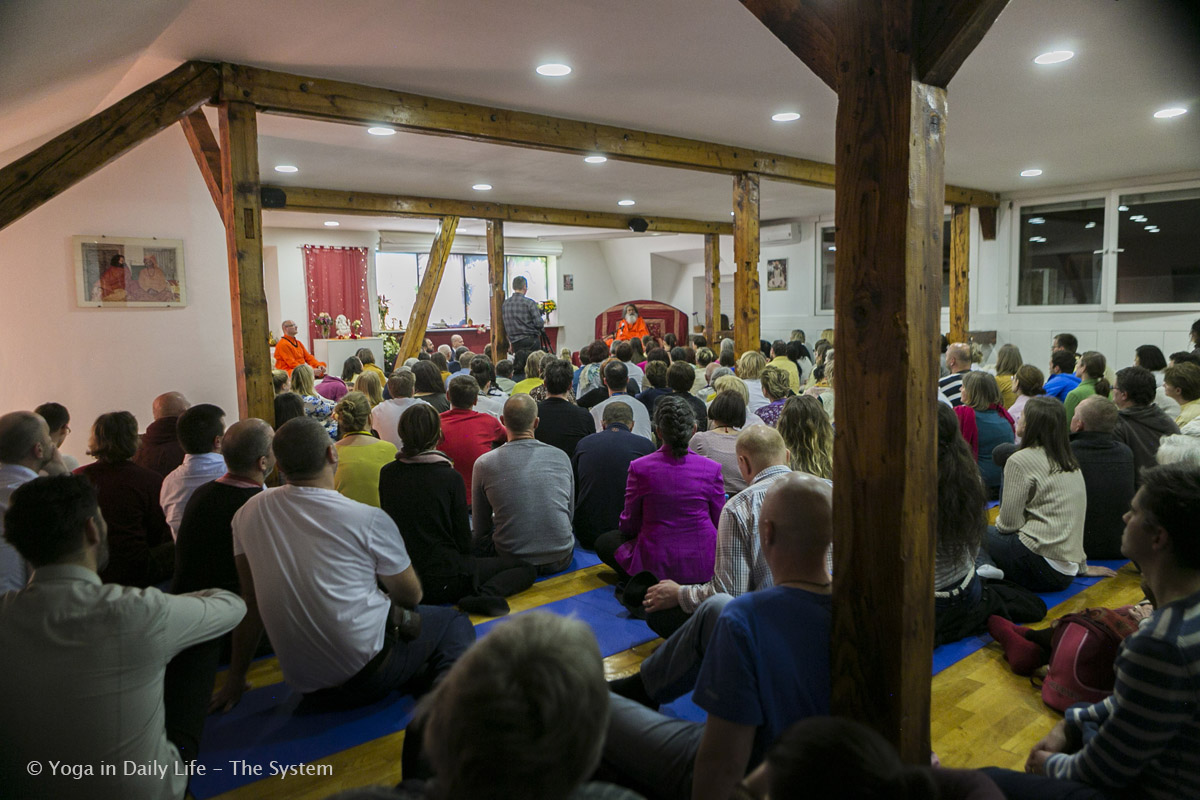