Makar Sankranti is the only Indian festival celebrated according to the solar calendar and falls on 14 January each year. Literally Sankranti means to move from one place to another – to change direction. It is the time when the sun changes its direction and starts moving northward. The Winter Solstice has come to an end and days are becoming longer and brighter. This period of 6 months in which the sun travels northward is important for spiritual aspirants, since it represents moving towards the spiritual goal – the Atam Gyana.

This year, His Holiness Vishwaguru Maheshwaranandaji celebrated Makar Sankranti in Mahaprabhudeep Ashram in Strilky, Czech Republic with his disciples. 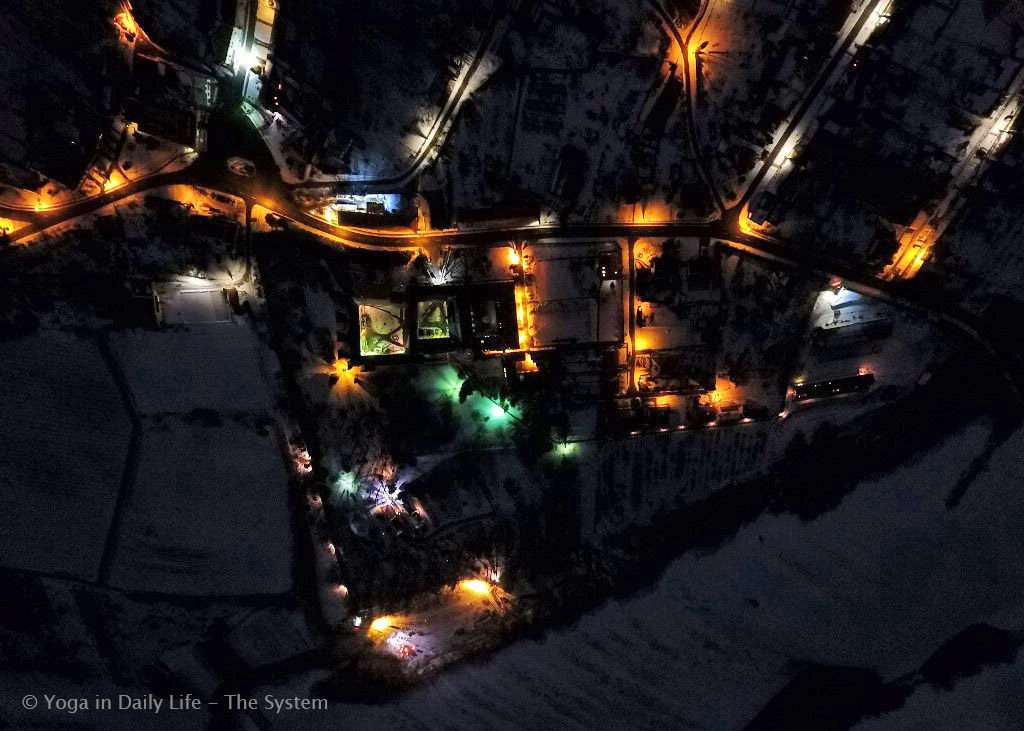 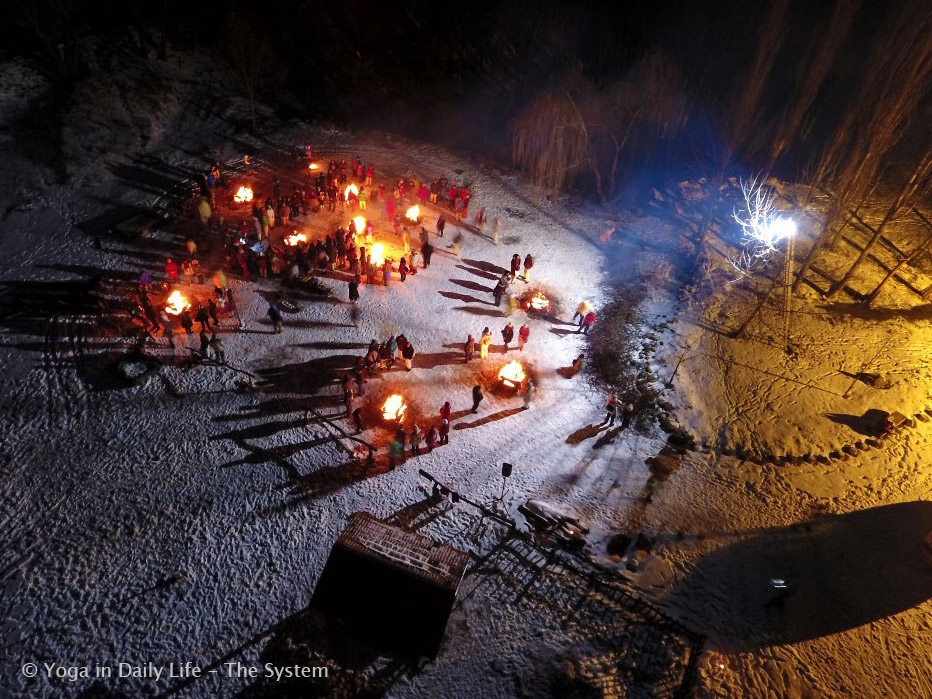 His Holiness Vishwaguruji gave a lecture about cultural festivals, pointing out that celebrating them is a reminder for awakening the meaning of that festival. Festivals are part of the cultures all over the world and these celebrations bring people together. Humans, wherever they move, bring a touch of their own culture.

For the special occasion of Makar Sankranti, several fires were lit in the lower garden of the Ashram. A parikrama, ritual circumambulating (sacred walking around), took place around the fires, with time-to-time warming at the flames. Singing of bhajans and kirtans warmed the souls during the late night program, which gave an opportunity to be together with the spiritual master in his darshan. 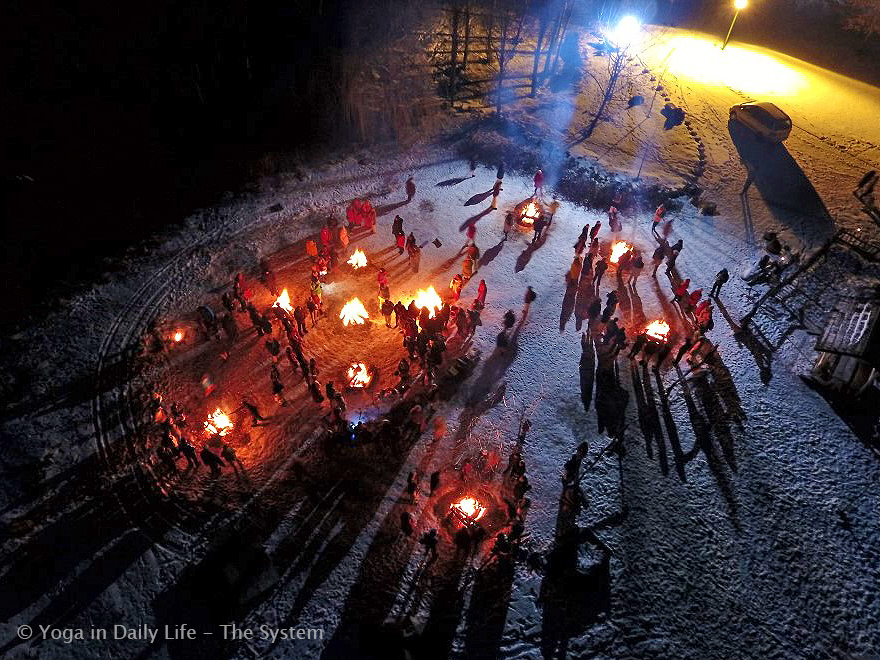 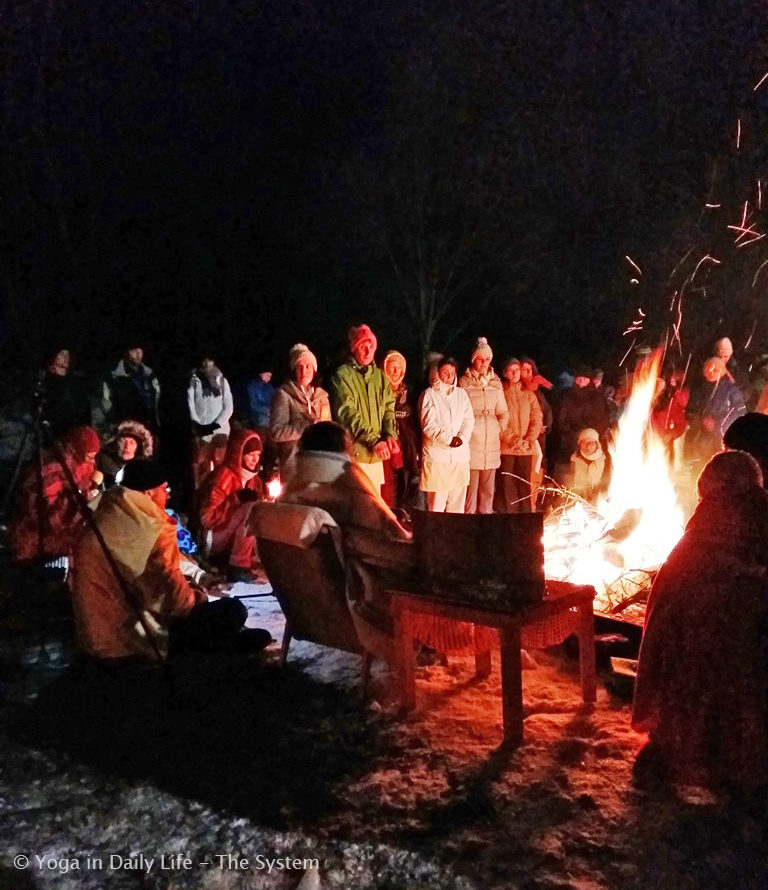 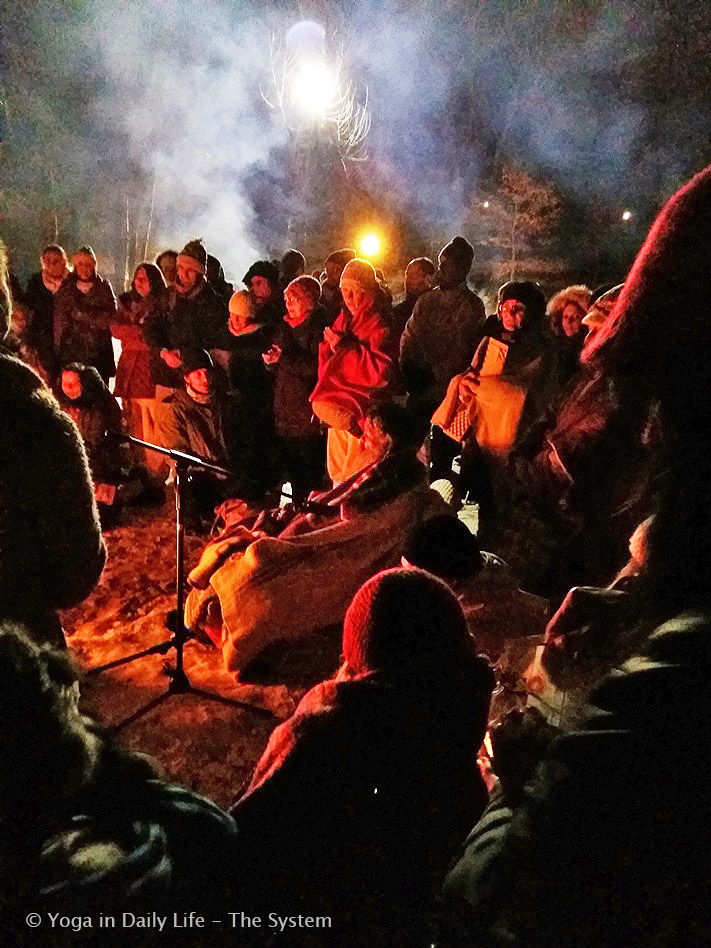 Vishwaguruji recommended a sankalpa (a resolve) and prayer regarding this new year:

We should pray to God Shiva to bring balance and peace on Earth. We should work on ourselves and maintain good health through daily sadhana (yoga practice). Daily chanting of Maha Mrityun Jaya Mantra with the special mudra which symbolises abisheka (offering/blessing) over our head, will keep away ashuric shakti (negative energy), that manifests as negative thoughts attacking the four antahkaranas (inner functions) of mana, buddhi, citta, and ahamkara (mind, intellect, consciousness, and ego respectively). We should help people to change towards positivity; and we should pray that no suffering and no wars take place on the planet. 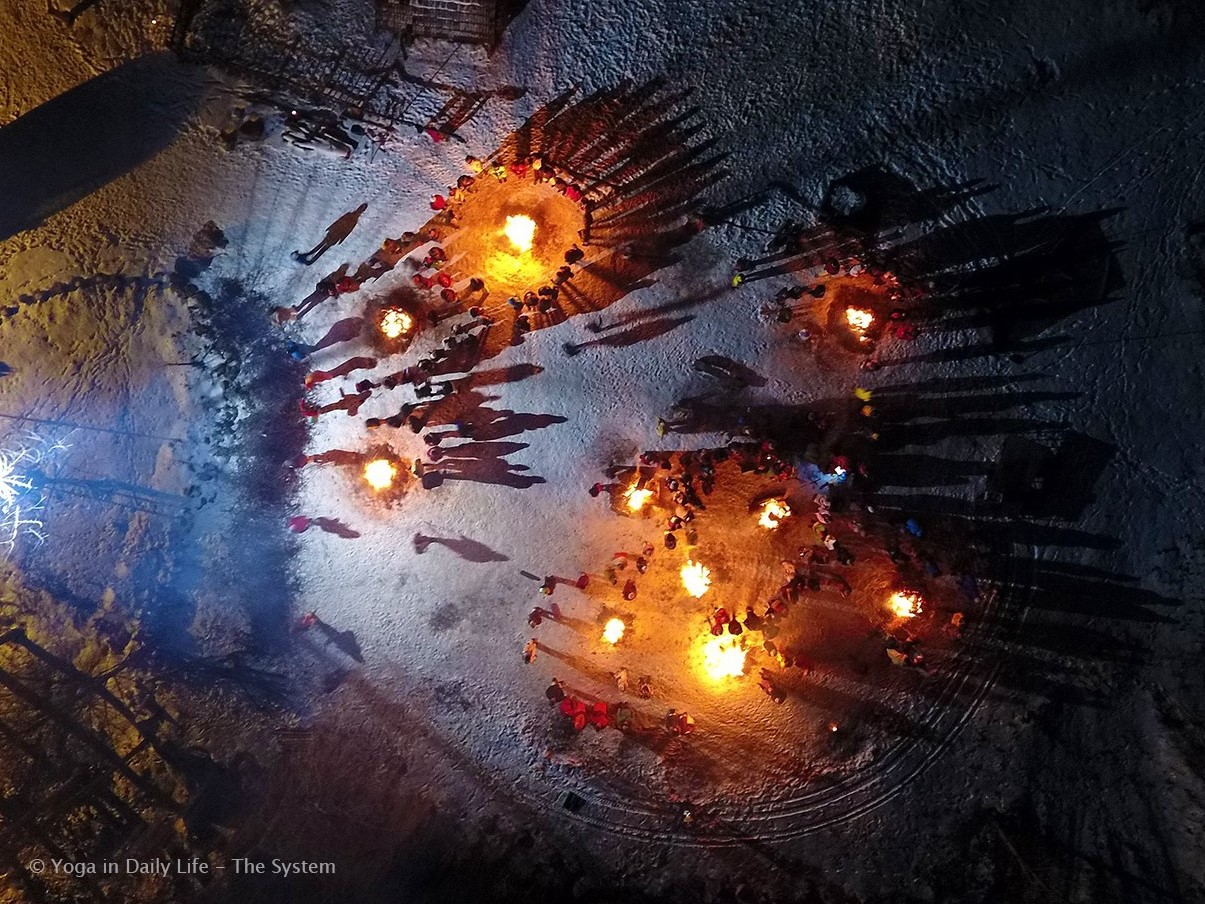