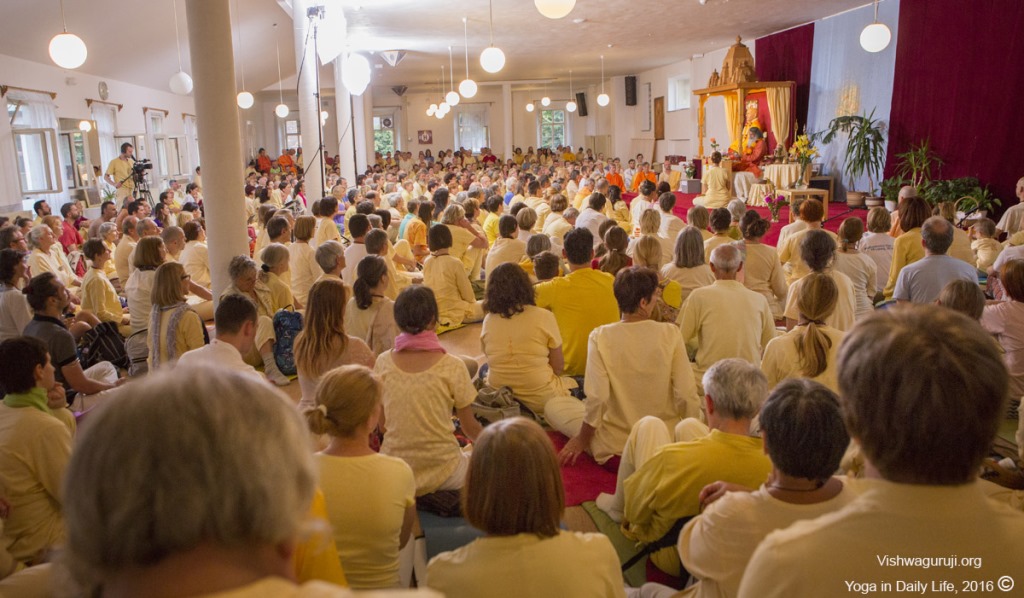 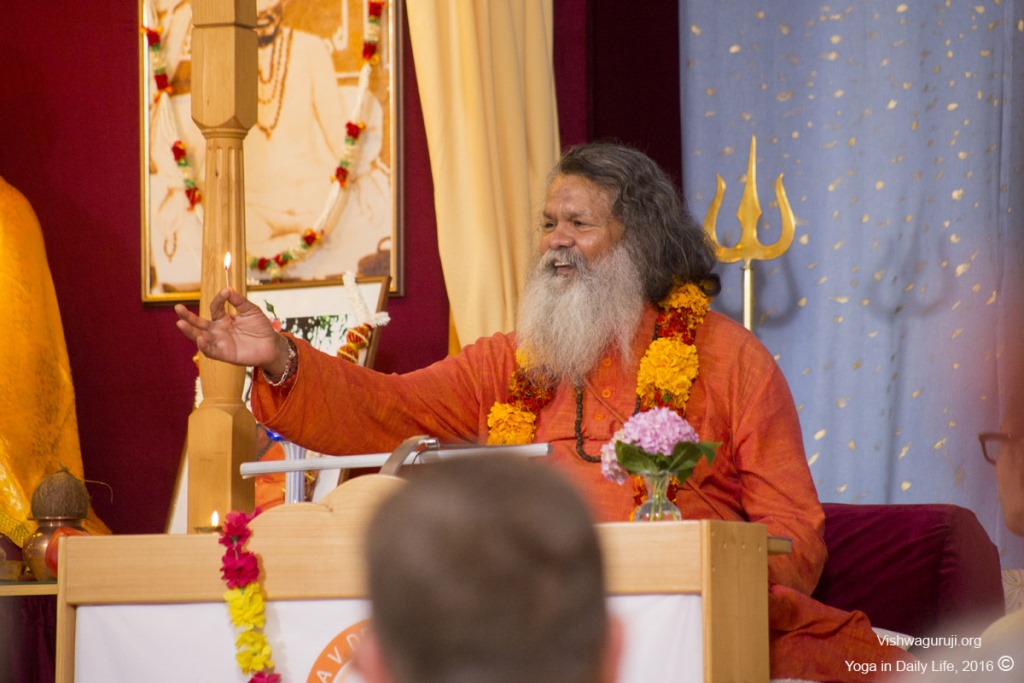 The Gurupurnima Satsang at the beginning of the Summer Camp in Strilky, was dedicated to celebrating the divine master lineage of Sri Alakhpuriji. Vishwaguruji described his recent pilgrimage to the Himalayas, a successful search of the roots of the Yoga in Daily Life System.

Alakhnanda is the river that forms one source of the River Ganges, merging together with the Bhagirati River at the confluence known as Devaprayag. Alakhnanda refers to the saint Sri Alakhpuriji, who has been existing since the Satya Yuga (Golden Age) in karana sarira, his astral body. Through the life and inspiration of this saint, the Yoga in Daily Life System originates from those times.

Alakhpuriji transfered his powers and blessing to Sri Devpuriji, who lived in the Himlayas for a few decades.  Sri Devpuriji brought this knowledge to Rajasthan and blessed Sri Mahaprabhu Deep. Mahaprabhuji passed his powers and spiritual wisdom to his disciple, Swami Madhavanandaji (Holy Guruji), who is now succeeded by Sri Vishwaguru Maheshwaranandaji. Therefore, to receive the blessing of Vishwaguruji, means to have the blessing from all saints in the lineage, known as Sri Alakhpuriji Siddha Peeth Parampara. 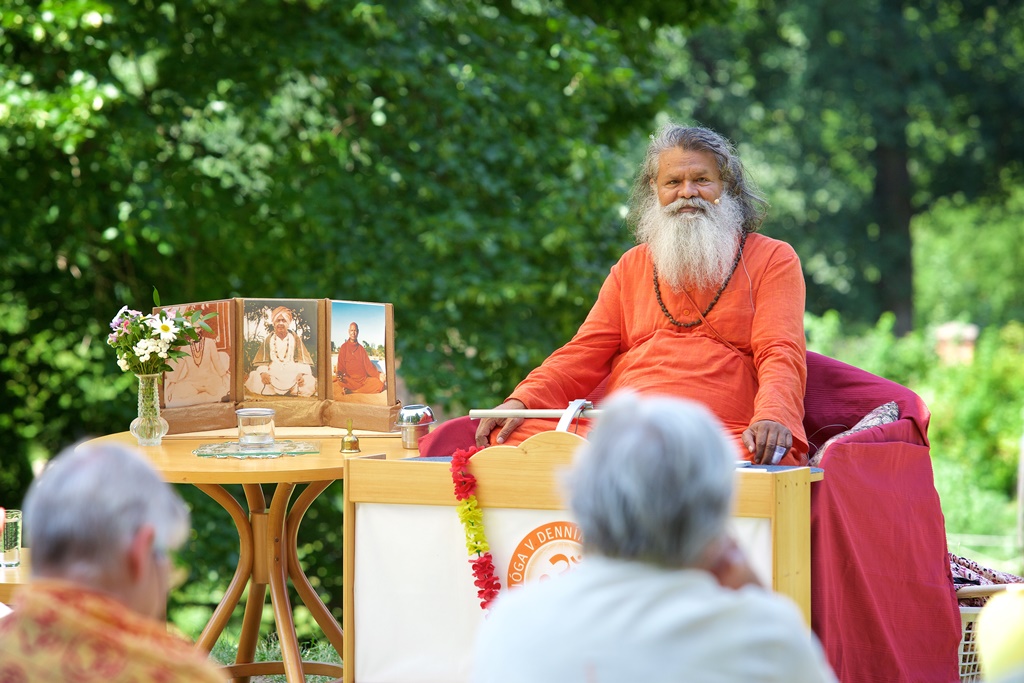 The summer Sadhana Camp seminars in Vép and in Strilky were dedicated the topic of Prana & Pranayama. His Holiness unfolded the wide subject of the subtle energies and their techniques, which also included information and training in Hatha Yoga Kriyas (the six purification methods), as well as the philosophies of Advaita Vedanta - knowledge of non-dualism. 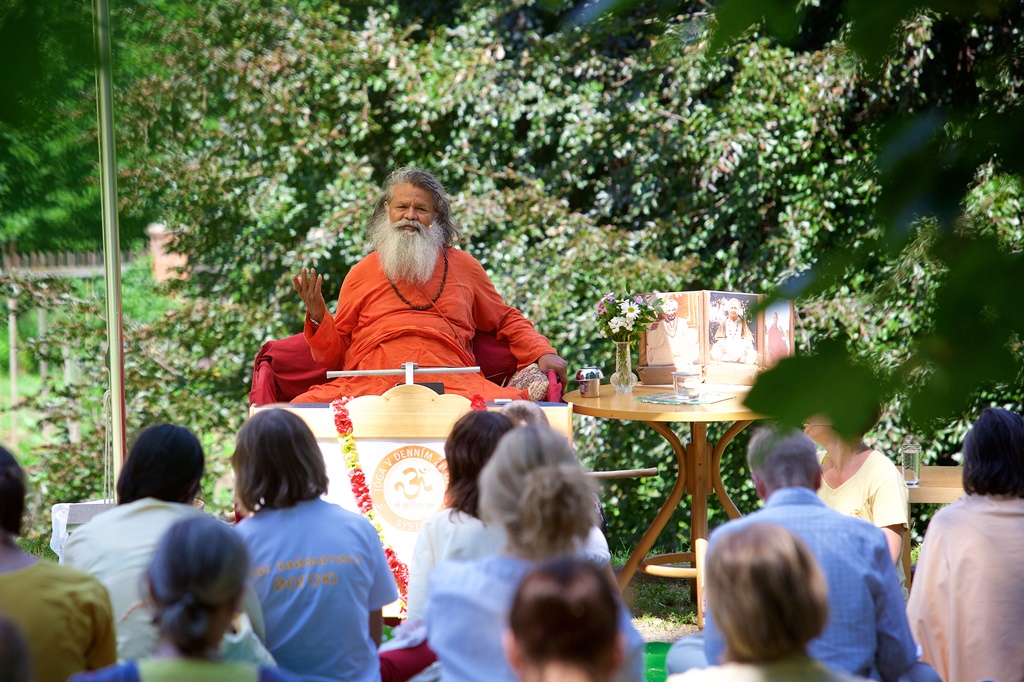 Hatha Yoga Kriyas help to purify the physical body, including the pranas (energy functions), and they also help to balance emotions. They are especially effective in enhancing our powers of concentration.

Additionally, hatha refers the four powers of will, with respect to the child - bal hath, woman - priya hath, king - raj hath, and the yogi - yog hath. 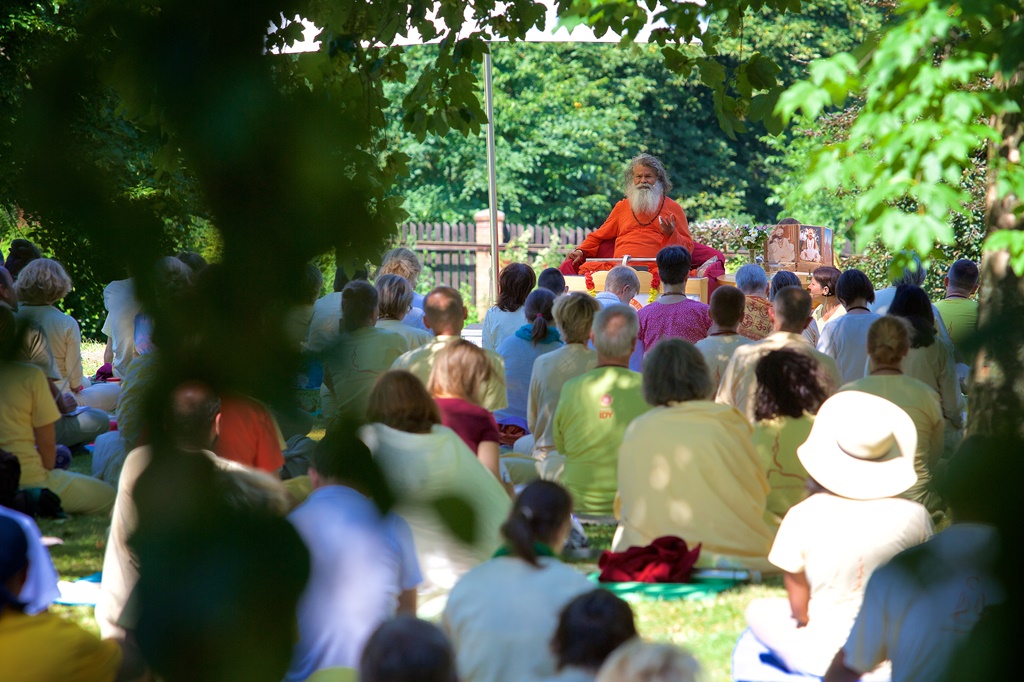 An enormously important source of prana is that which is hidden in our food. This solid form of energy influences our lives according to its qualities, gunas (sattva, rajas, tamas – pure, stimulating, dulling). Vishwaguruji pointed out the importance of the right ingredients to our diet; as well as knowing the origin and journey of the food, before we've obtained it; and the best ways of preparation and cooking in order to retain the highest quality and amount of prana. 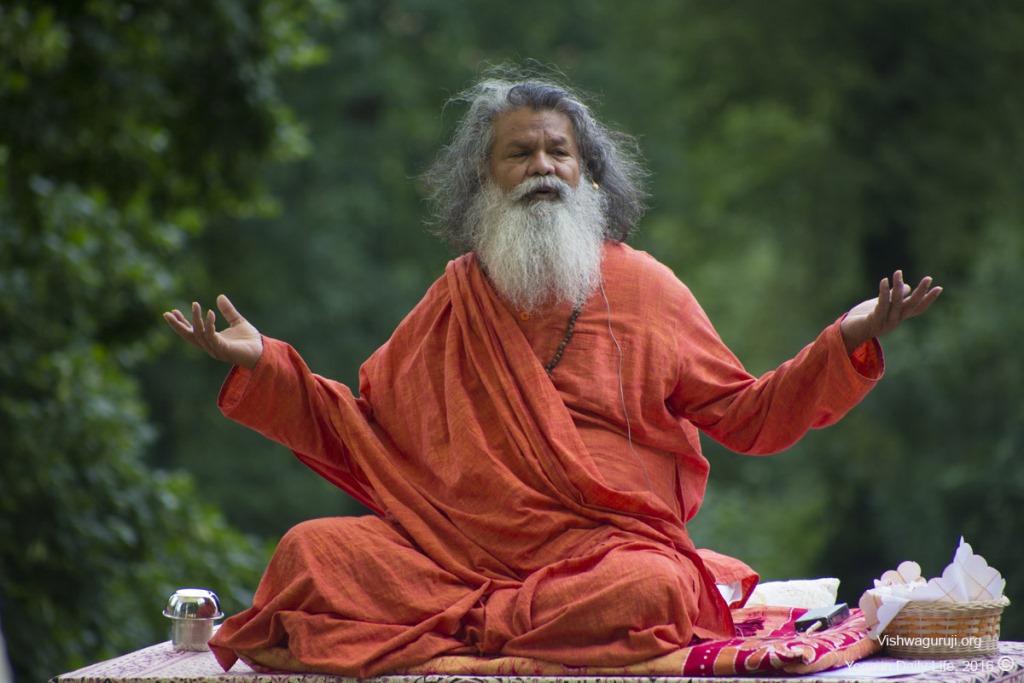 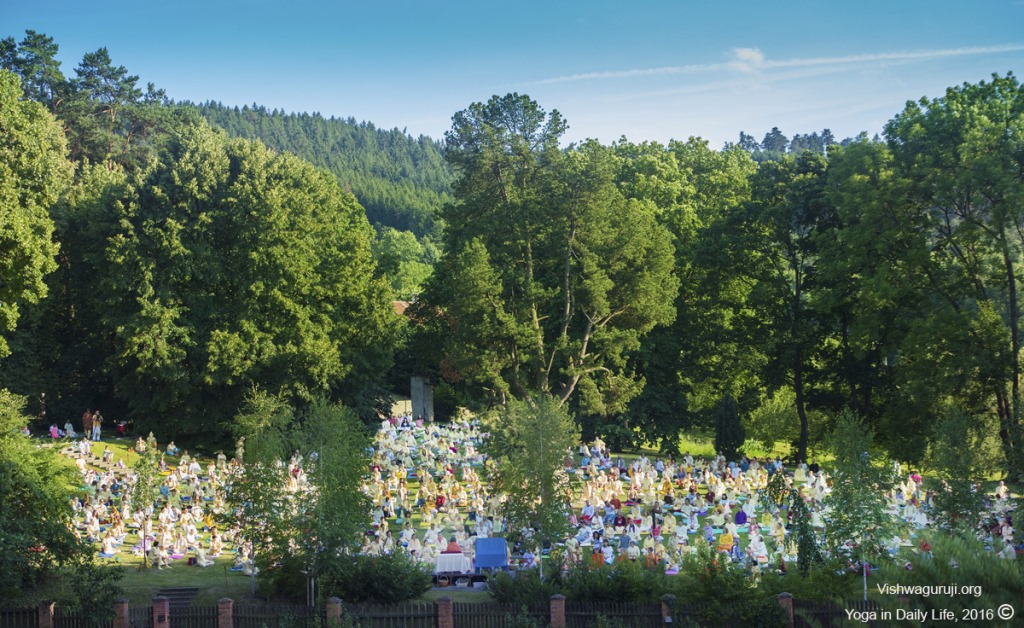 The Summer Camp was also an opportunity for families to share time together under the shelter of Gurudev. There were very many children attending the camp with their yoga teacher/practitioner parents, from small new borns up to teenage years. 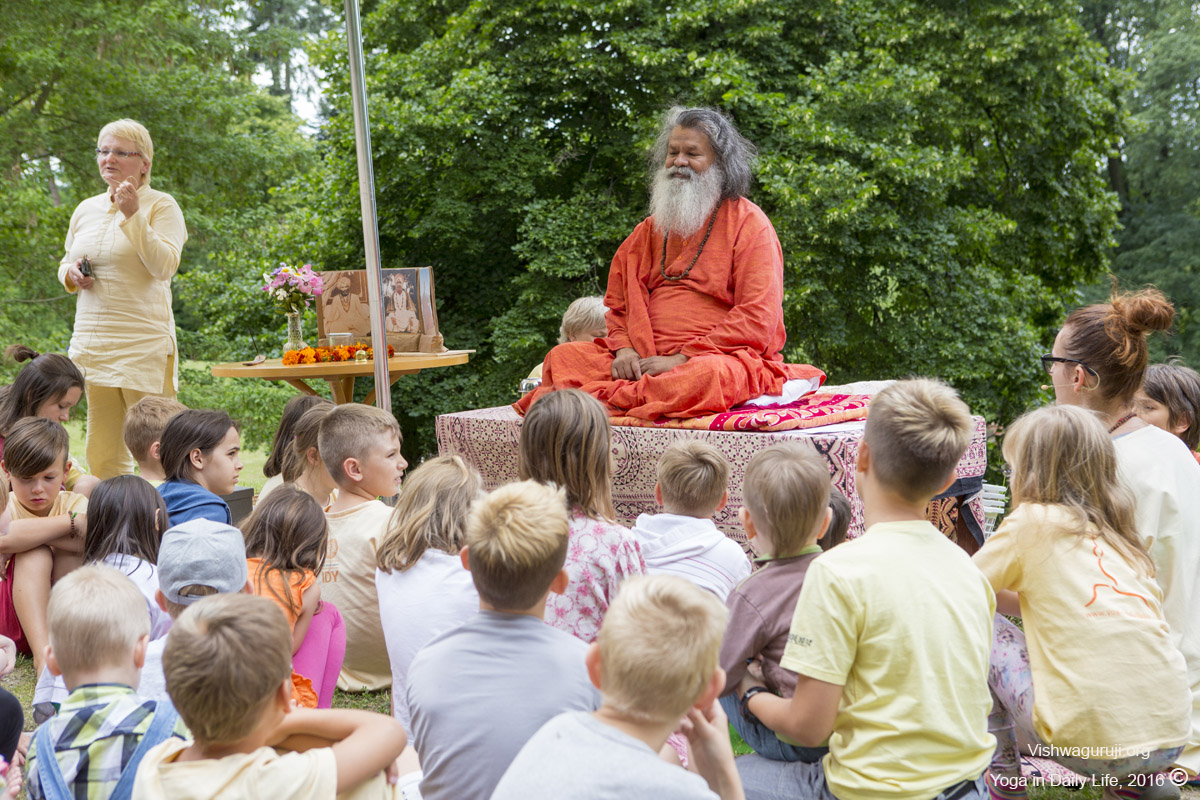 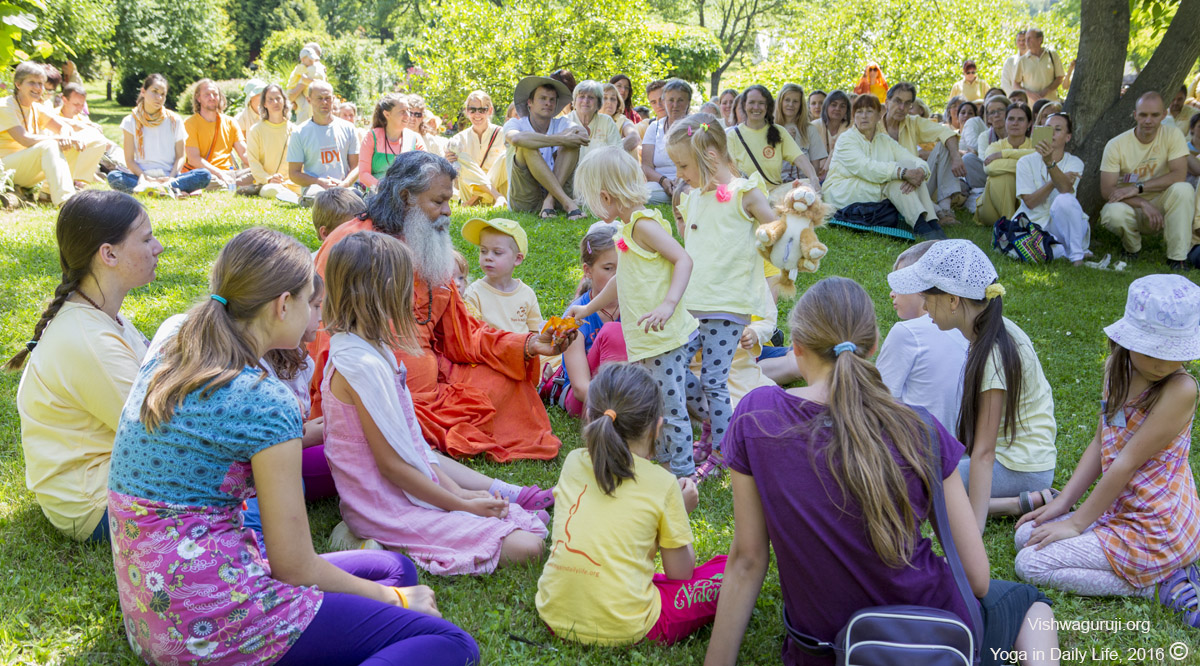 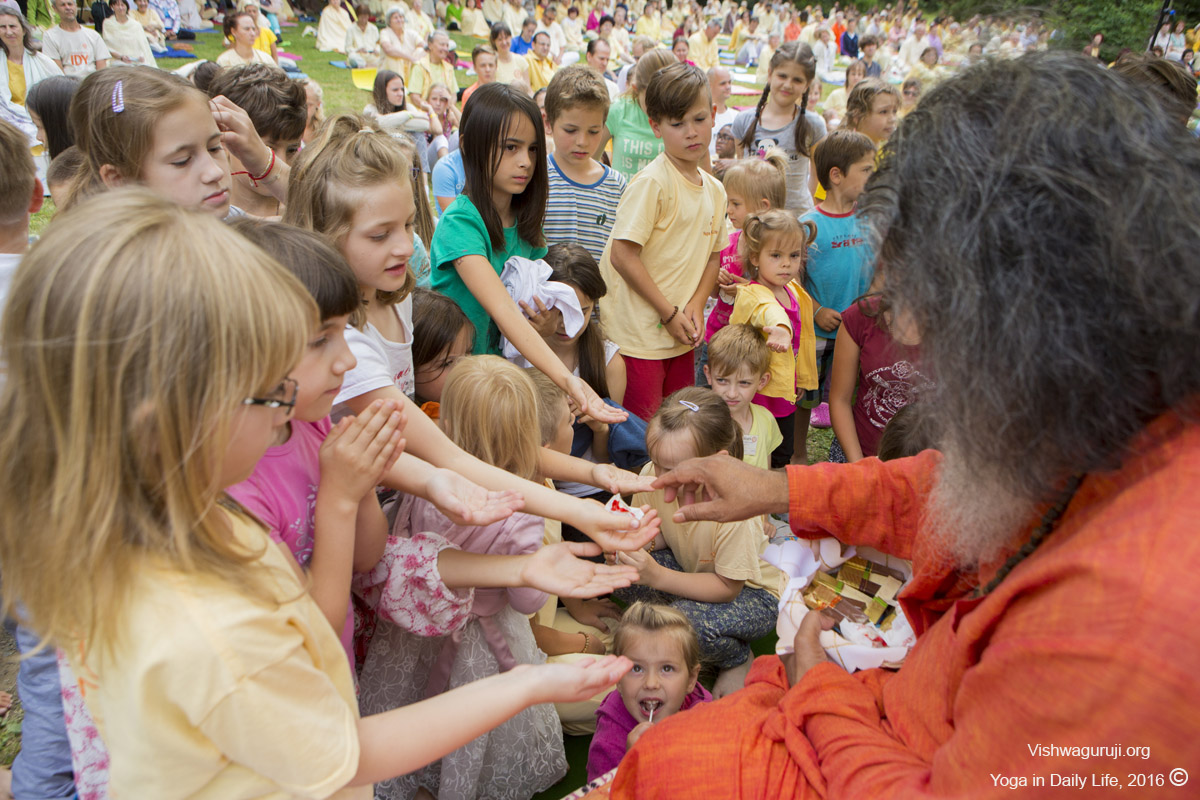 Vishwaguruji arranged for those aged 6 years and over to have a special daily Children's Yoga program. This involved practising yoga asanas and introductory pranayam breathing techniques, plus some periods of meditation, both in silence and with chanting of mantras. And one group also put together a short play, to illustrate the ethical yoga principles which lead to living a kind and healthy life in harmony with all. 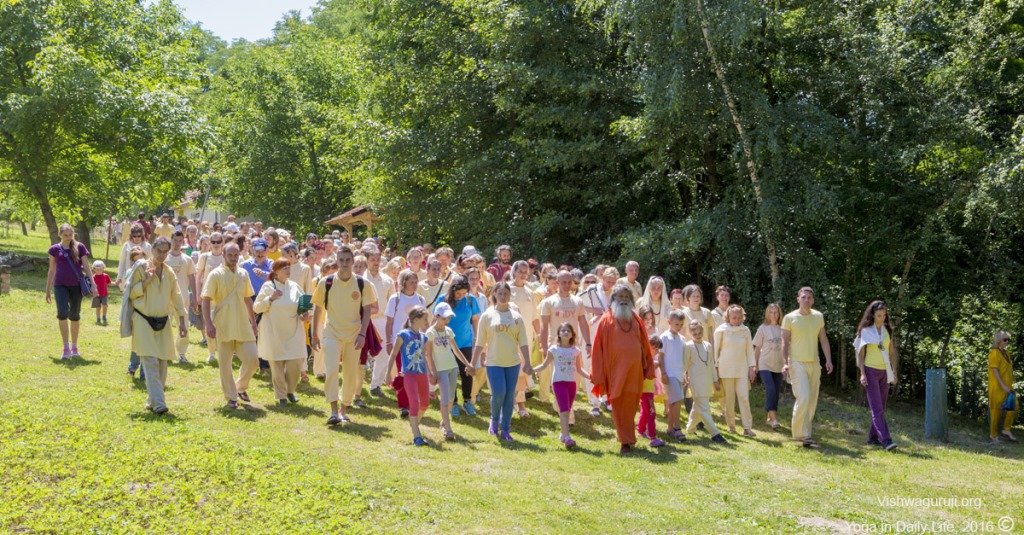 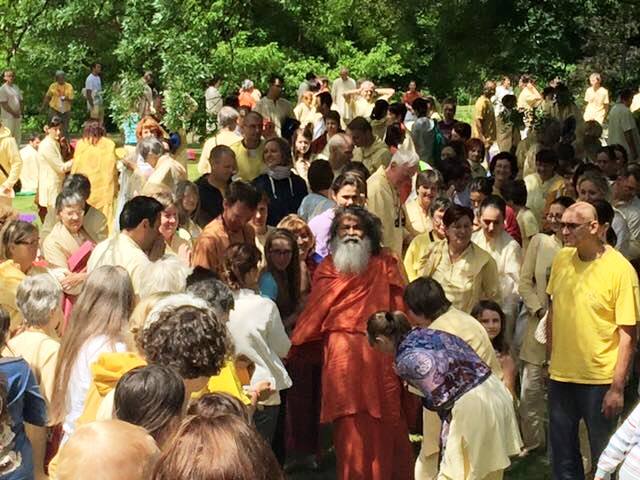 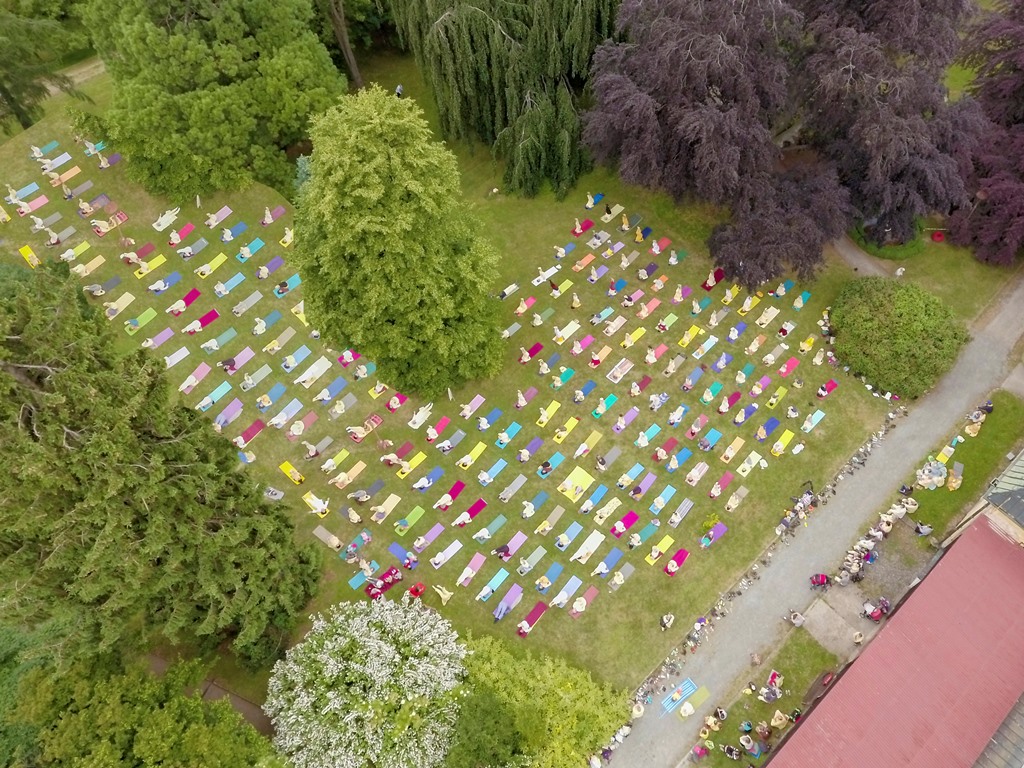 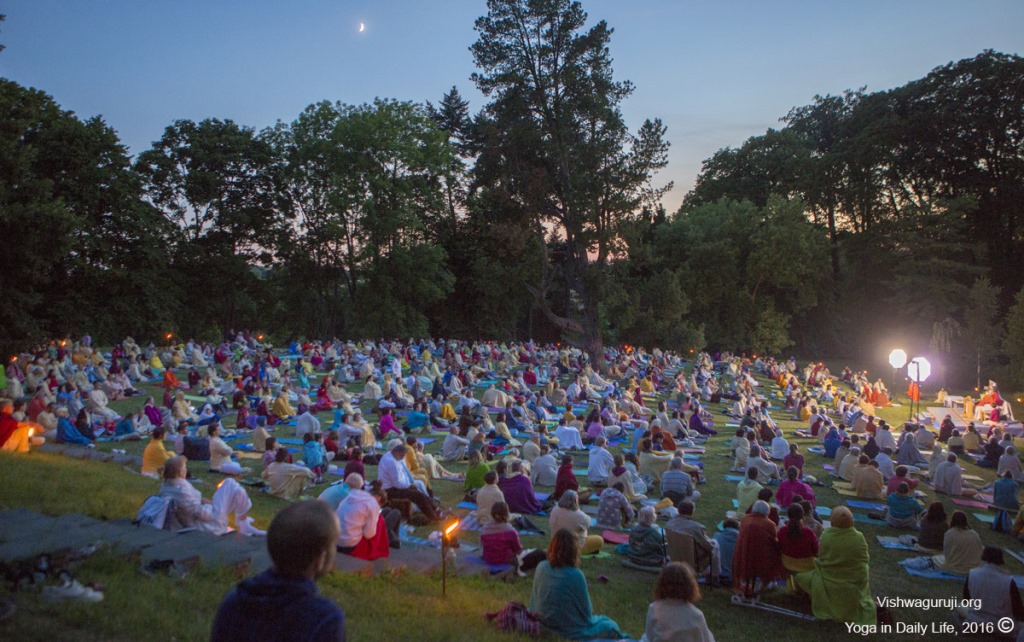