Autumn days in Hungary with Vishwaguruji

Six locations in Hungary were blessed to enjoy a visit with His Holiness Vishwaguruji at the end of October, 2015.

The weekend program originally planned for Szeged, in the South of Hungary, turned into a countrywide trip.

On Friday, 23 October, Vishwaguru Paramhans Swami Maheshwaranandaji arrived to Szeged for a Weekend Yoga Seminar. In his lecture in Szeged on Friday evening, Vishwaguruji emphasized the two possibilities: proceeding further or going backwards, which are known in Sanskrit as uttan and patan. Uttan is the way of life that leads towards development and spiritual achievement. Patan pulls us down and leads to distraction and loss of faith. Both paths start from the same origin and that is sanga, the company one keeps. Sat-sanga is the company of those with truth and honesty; in contrast to ku-sanga, which is falsehood and fighting. 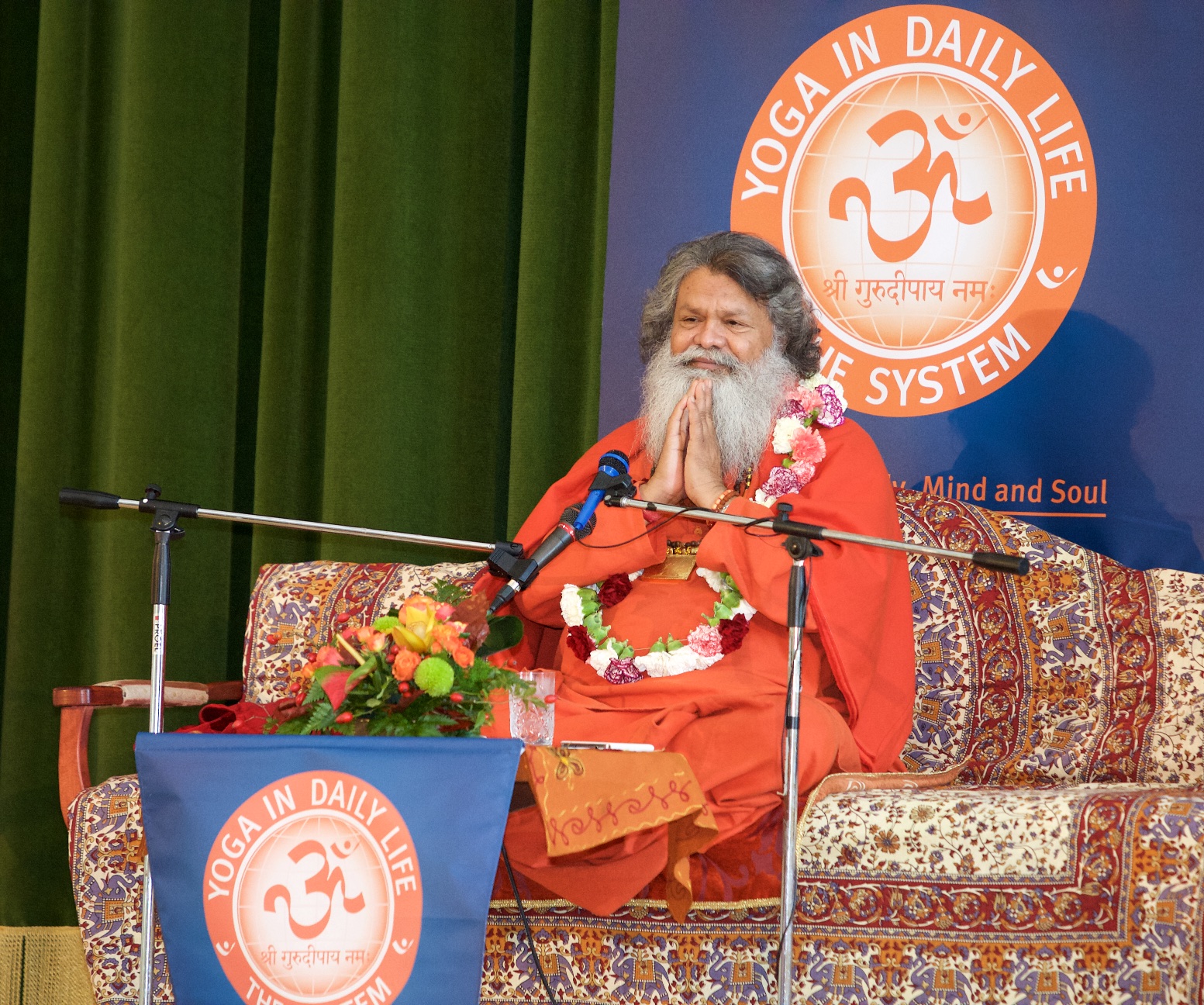 Vishwaguruji gives the recurring message of guidance nowadays about remaining aware of being a human and having human qualities. The very first thought every morning should be that we are human, and that our human qualities are for protection of the environment and our fellow beings. 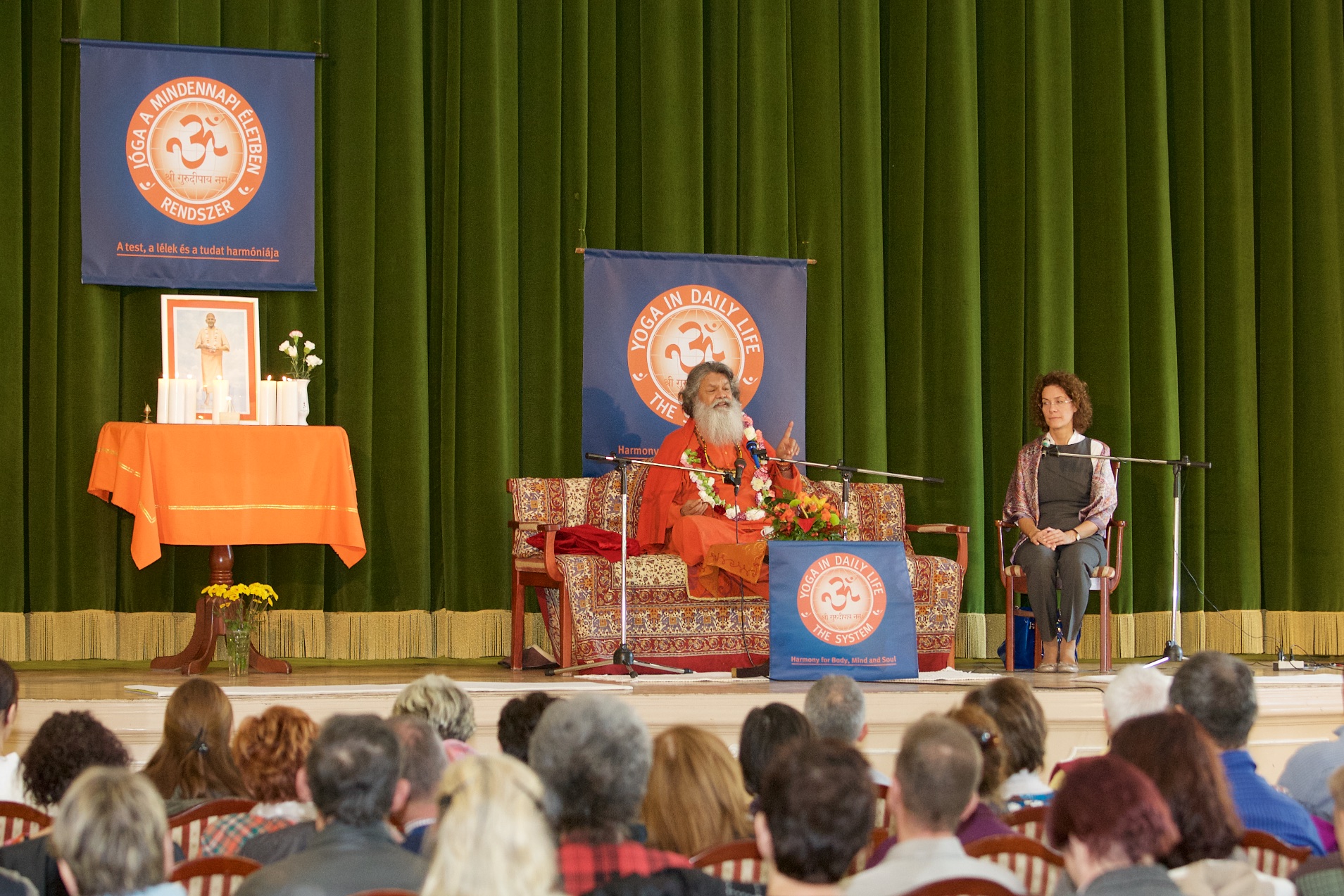 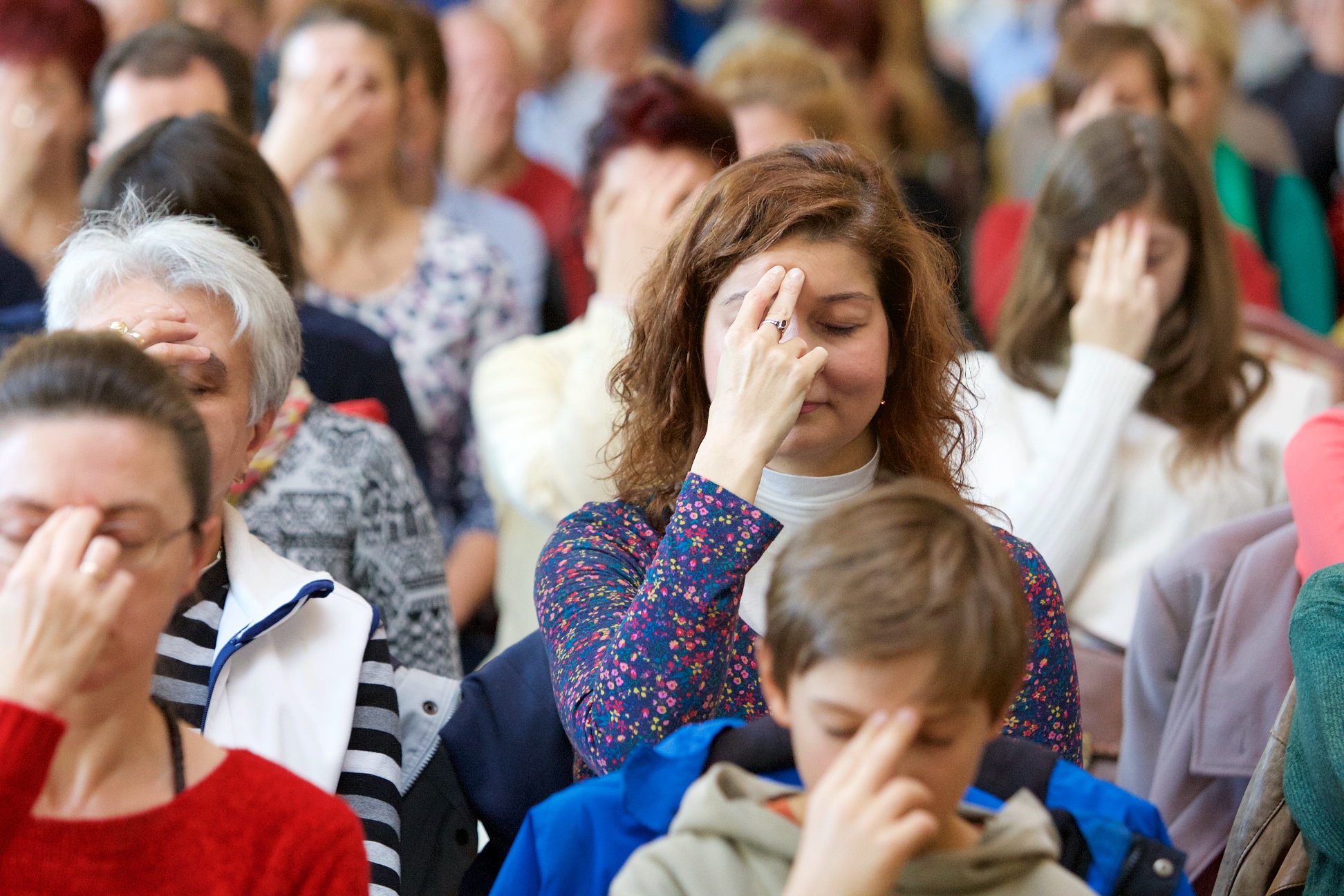 The Szeged seminar program included some unique moments at the neighbouring city of Hódmezővásárhely (one of the oldest and largest towns of the South-Eastern part of Hungary), where Vishwaguruji planted a Peace Tree with the honorable Mayor István Almási, at the Europe Park. The Mayor welcomed Vishwaguruji in his office and introduced him to local folk art features, as well as agricultural activities currently running in and around Hódmezővásárhely. 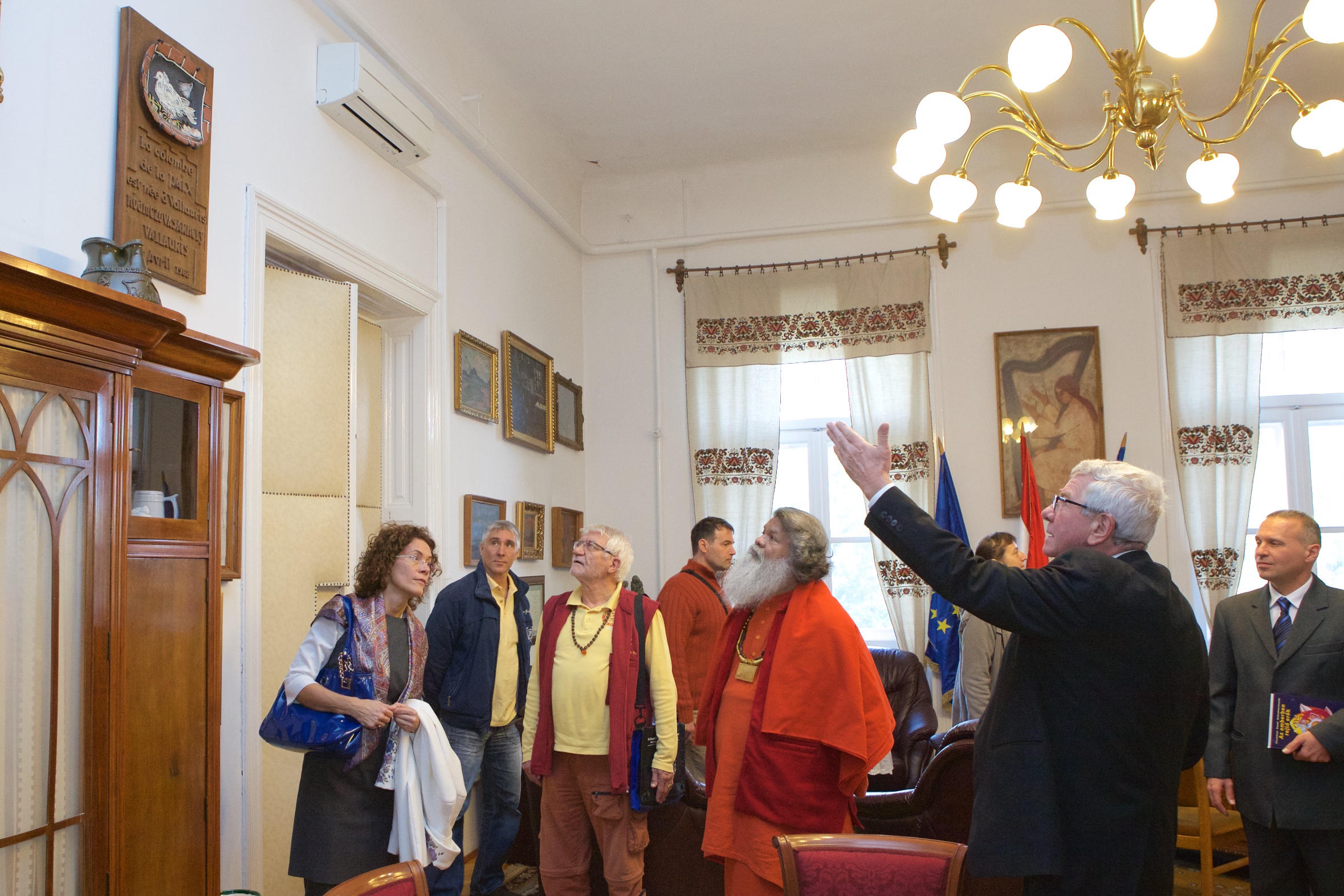 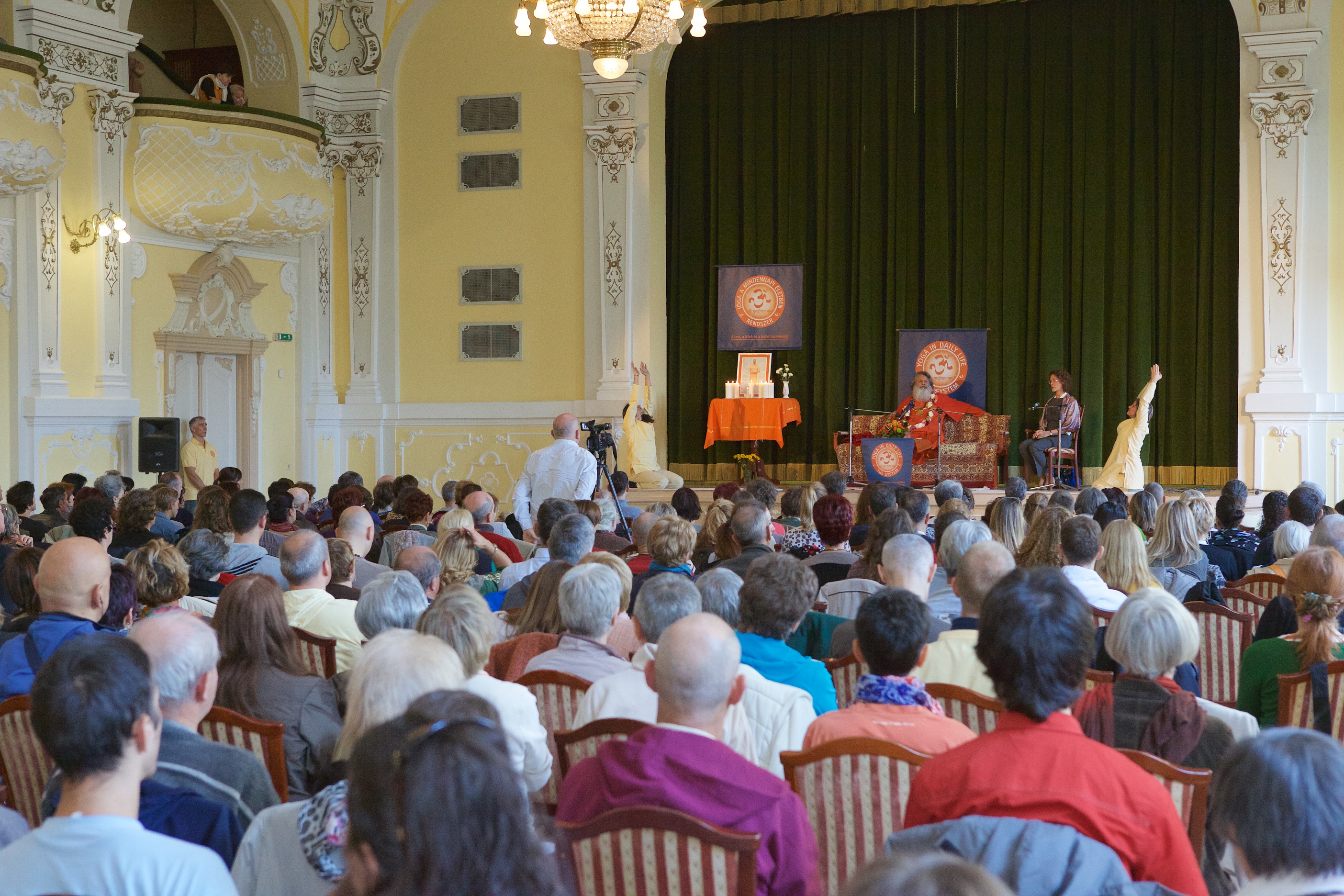 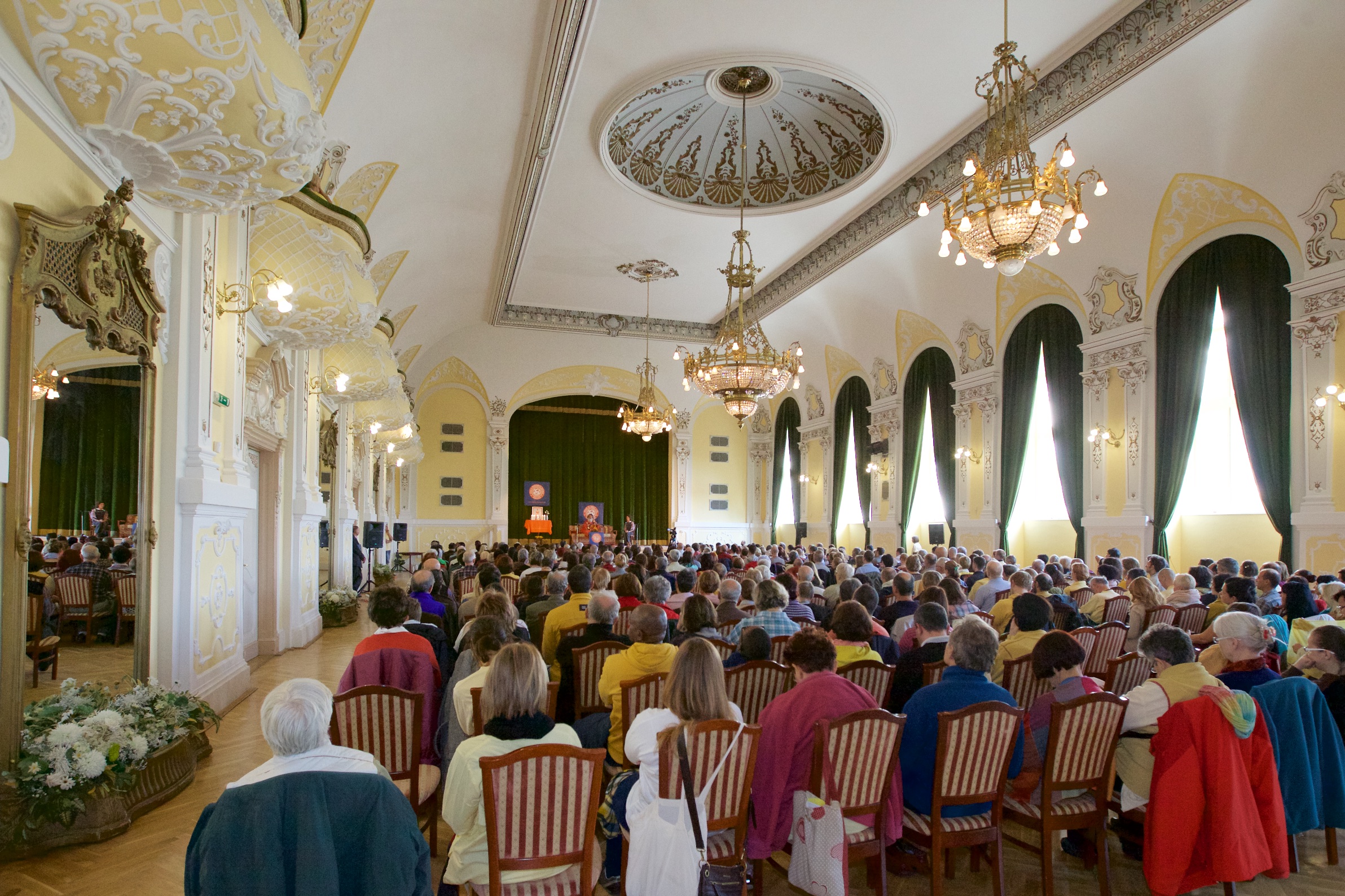 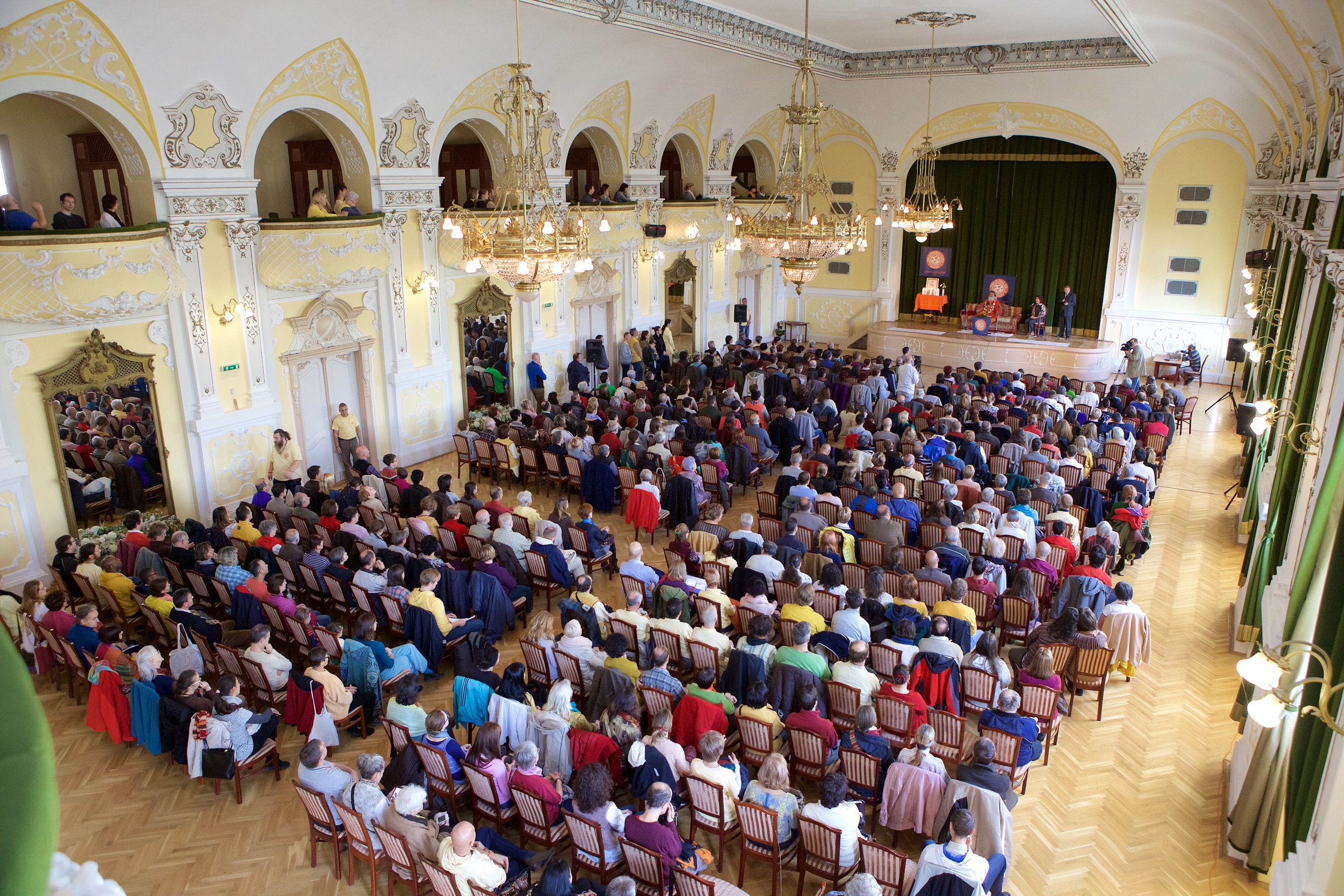 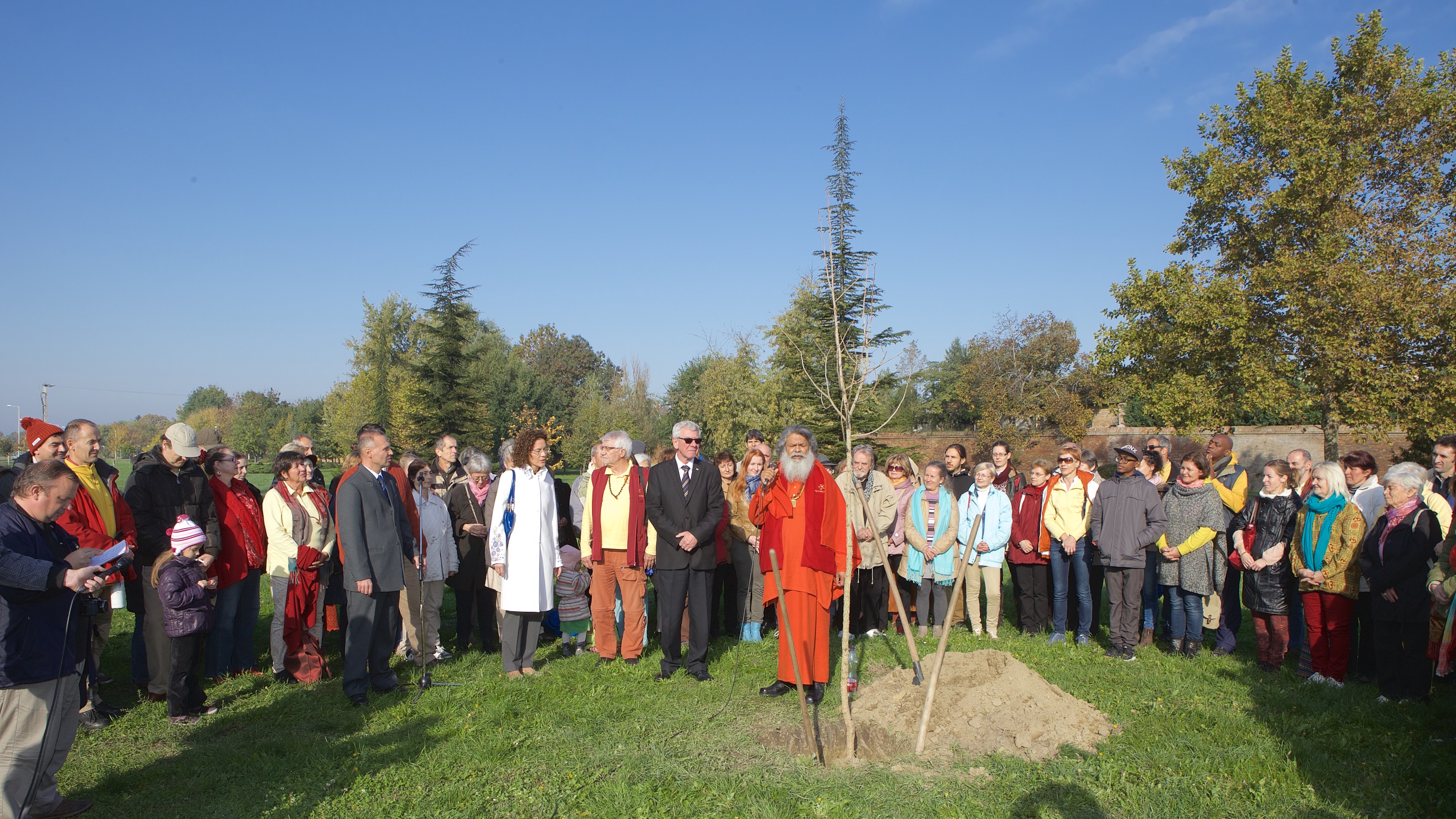 Many practitioners gathered in Debrecen Ashram seeking the wisdom and guidance of their Guru. The room was completely full, with participants even hanging onto the windows outside in the yard, listening to the lecture from Vishwaguruji. He told that the human qualities are obscured by mal, vikshepa and avarana – inner and outer impurities, confusions, and the veil of ignorance; and that all these should be cured with forgiveness and equal vision toward others by whom we feel we have been hurt. 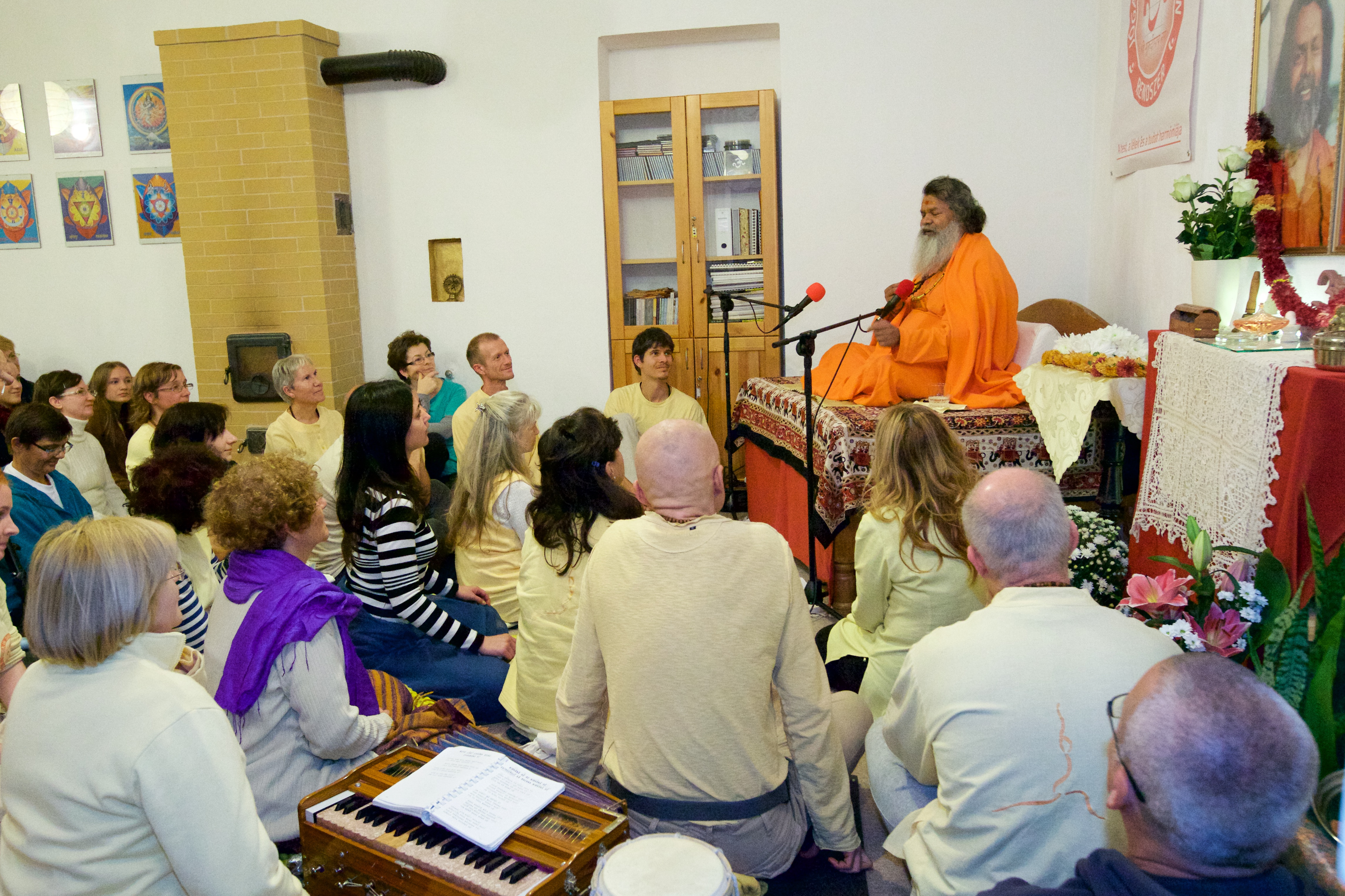 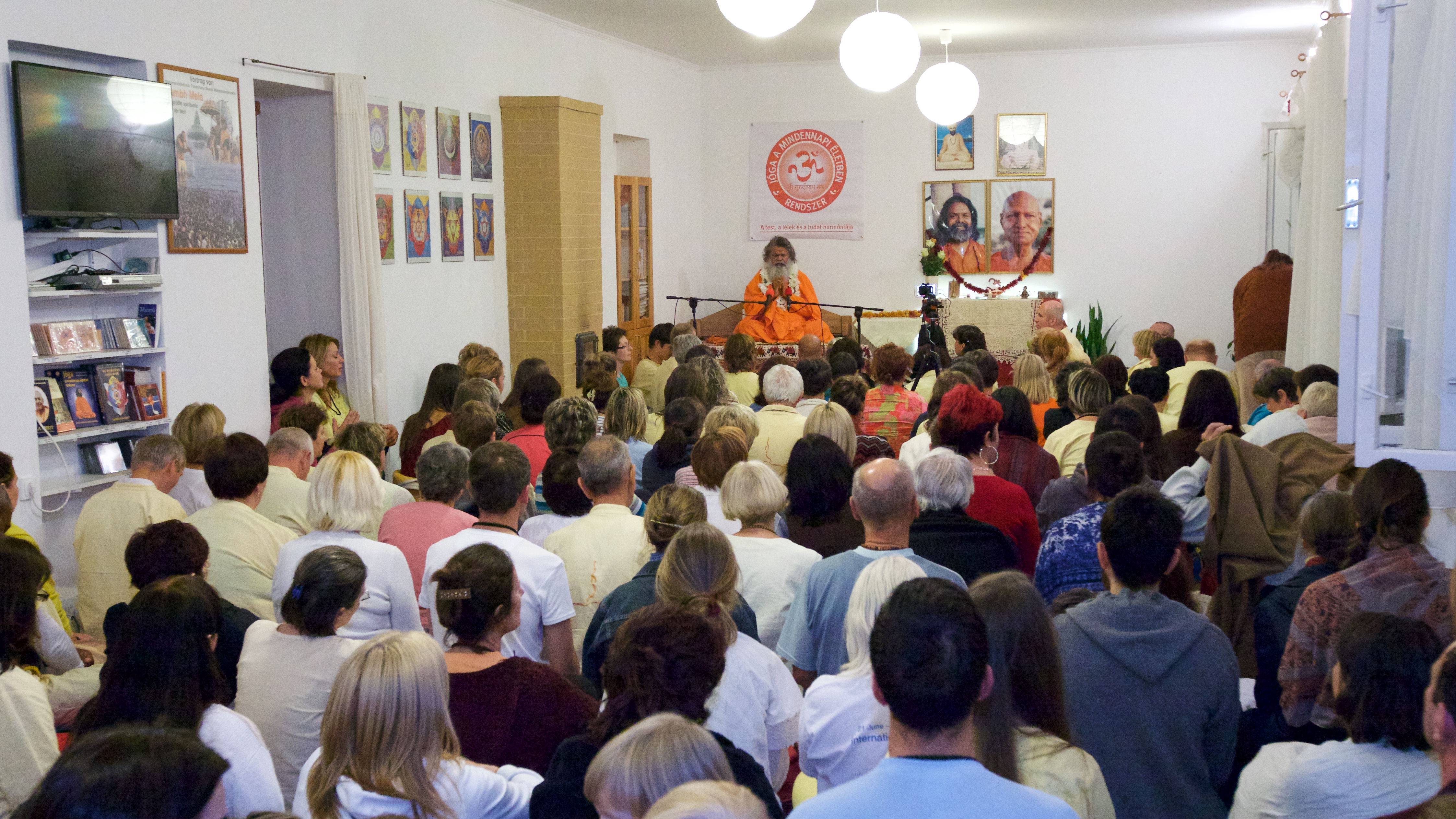 On Monday afternoon Vishwaguruji gave his darshan and satsang to Budapest bhaktas too. Here he pointed out the necessity of supporting the ancestors. The kul devata is the deity where the whole family originates from. The kul guru is the Spiritual Master who can guide the seeker's spiritual growth. The ashram is the holy place where such families bring their offers on the occasions of birth, death, marriage etc. In this way, the family members become protected and lead their lives toward development. In the Guru Ashram of Hungary, that was visited several times by Dharmasamrat Swami Madhavanandaji, Vishwaguruji’s holy master, Holy Guruji, an inauguration took place for a new part of the ashram.

The tour of Hungary finished in Győr, where Vishwaguruji paid his visit on Monday evening. He talked about the right moment when a plan is realized and takes shape. The local and international audience in Győr Ashram celebrated Vishwagurujis’ visit with a bandhara, a feast, on the evening just before the 2015 Sharad Purnima, autumn full moon harvest festival.