The International Peace Conference titled, “Yoga – a Path to Non-Violence and World Peace” continued in Strilky, Czech Republic on 3-4 October 2015.

Sri Swami Madhavananda World Peace Council (SSMWPC) as an official NGO in special consultative status with ECOSOC, organized the conference in honor of Mahatma Gandhi. It began at the United Nations in Vienna on Friday 2 October, the UN International Day of Non-Violence - commemorated each year on Gandhi Jayanti (Gandhi’s birthday).

His Holiness Vishwaguru Swami Maheshwaranandaji is the initiator of SSMWPC, and the council has been organizing peace conferences and summits around the world since 2002. At this event, Vishwaguruji and international delegates, addressed their motivating speeches and insights to the topics of peace and non-violence. 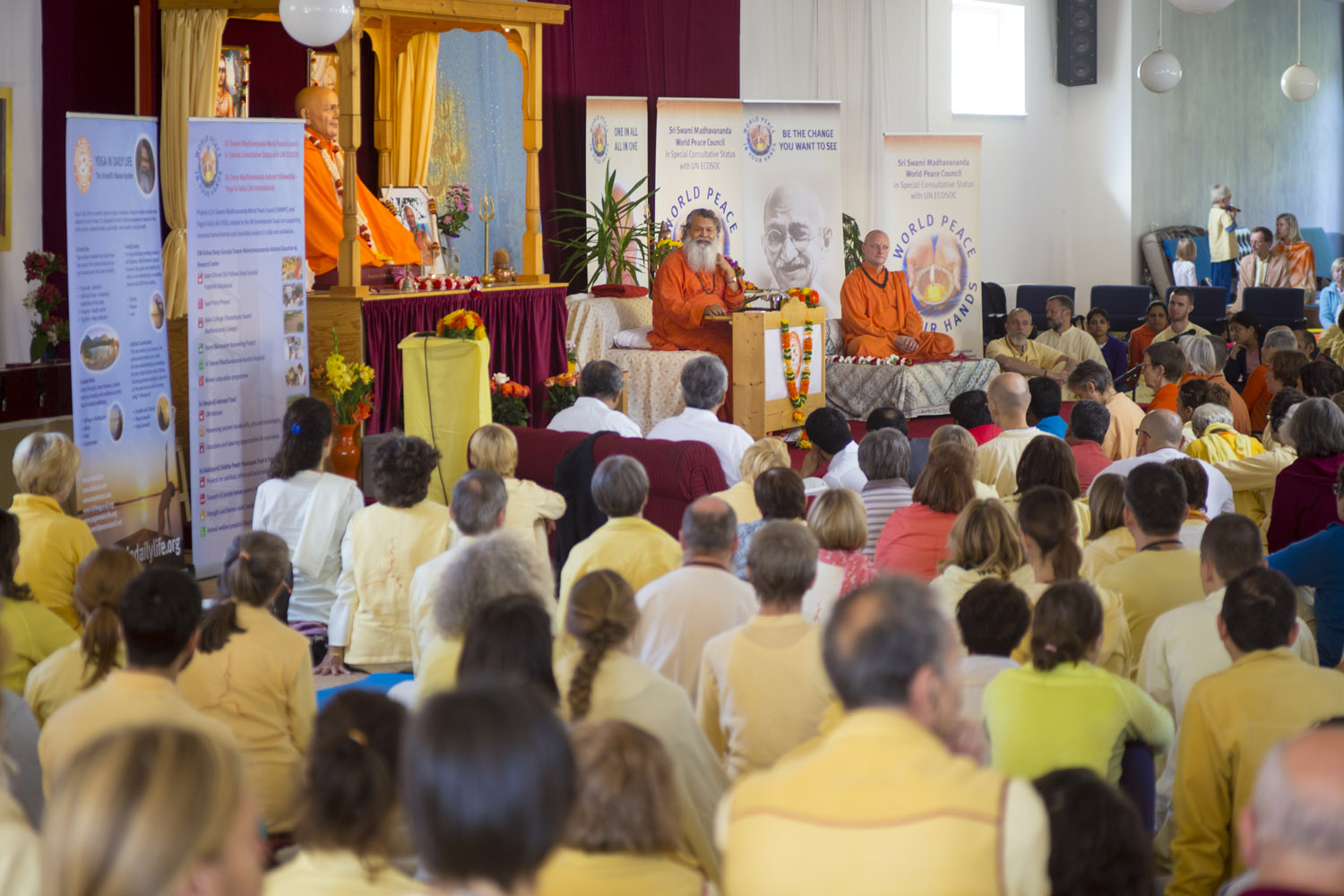 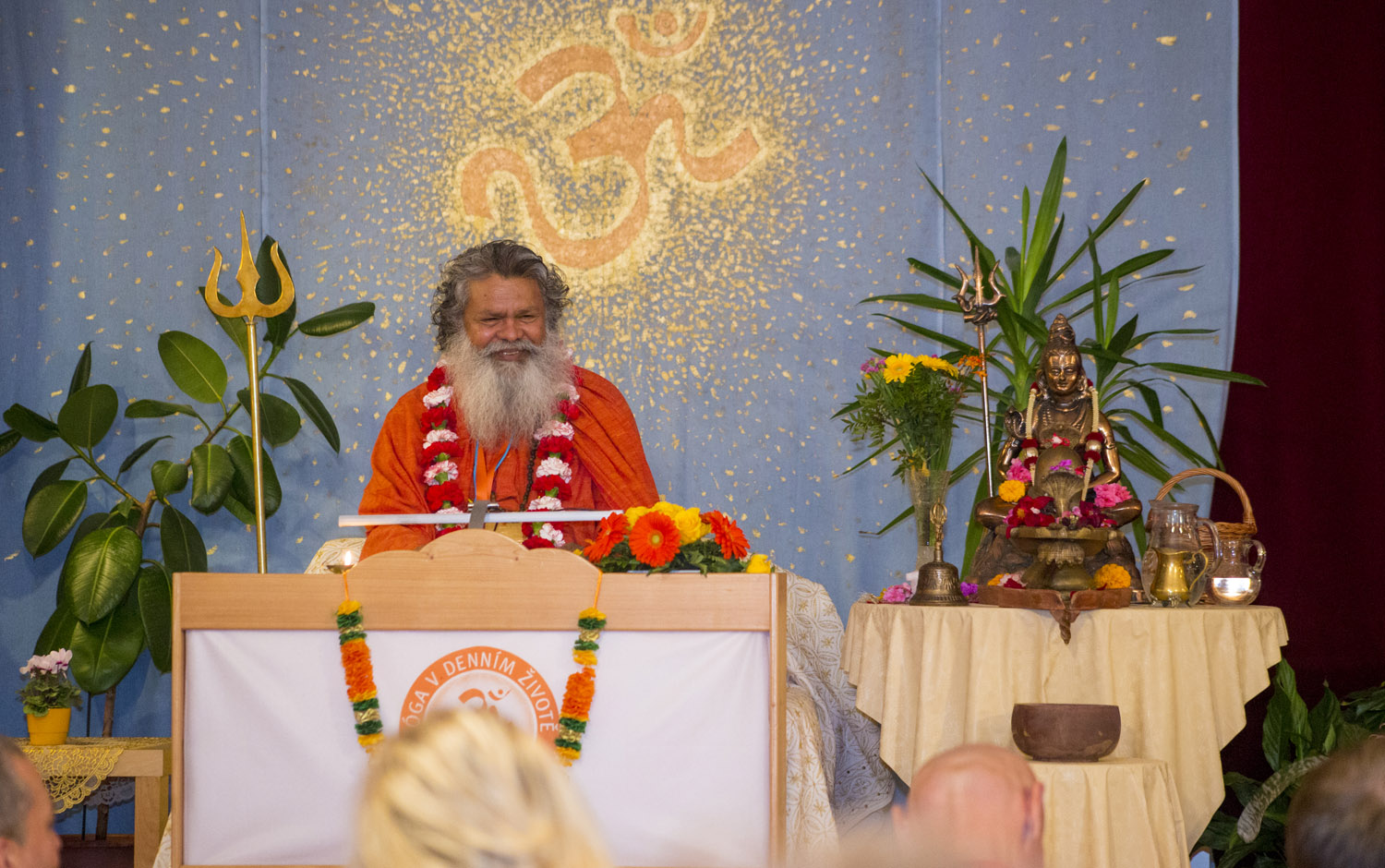 As the conference continued through the weekend at the Mahaprabhudeep Ashram Foundation in Strilky, Czech Republic, Vishwaguruji raised the question that had surfaced during the initial conference day in Vienna: why were Mahatma Gandhi’s efforts not acknowledged with a Nobel Peace Prize?

His Holiness said that Gandhiji did not need the prize's recognition, since he was already renowned and respected worldwide. 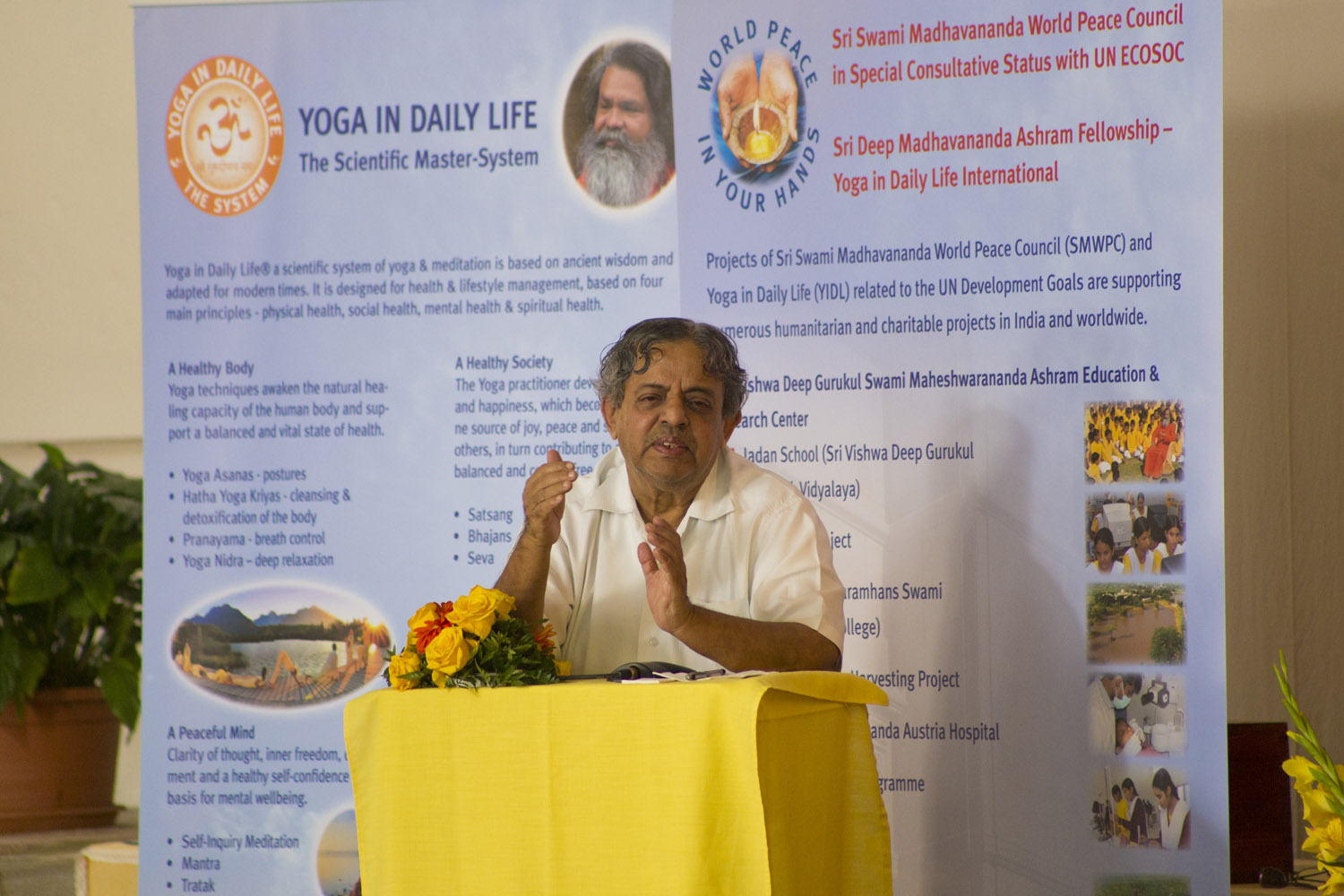 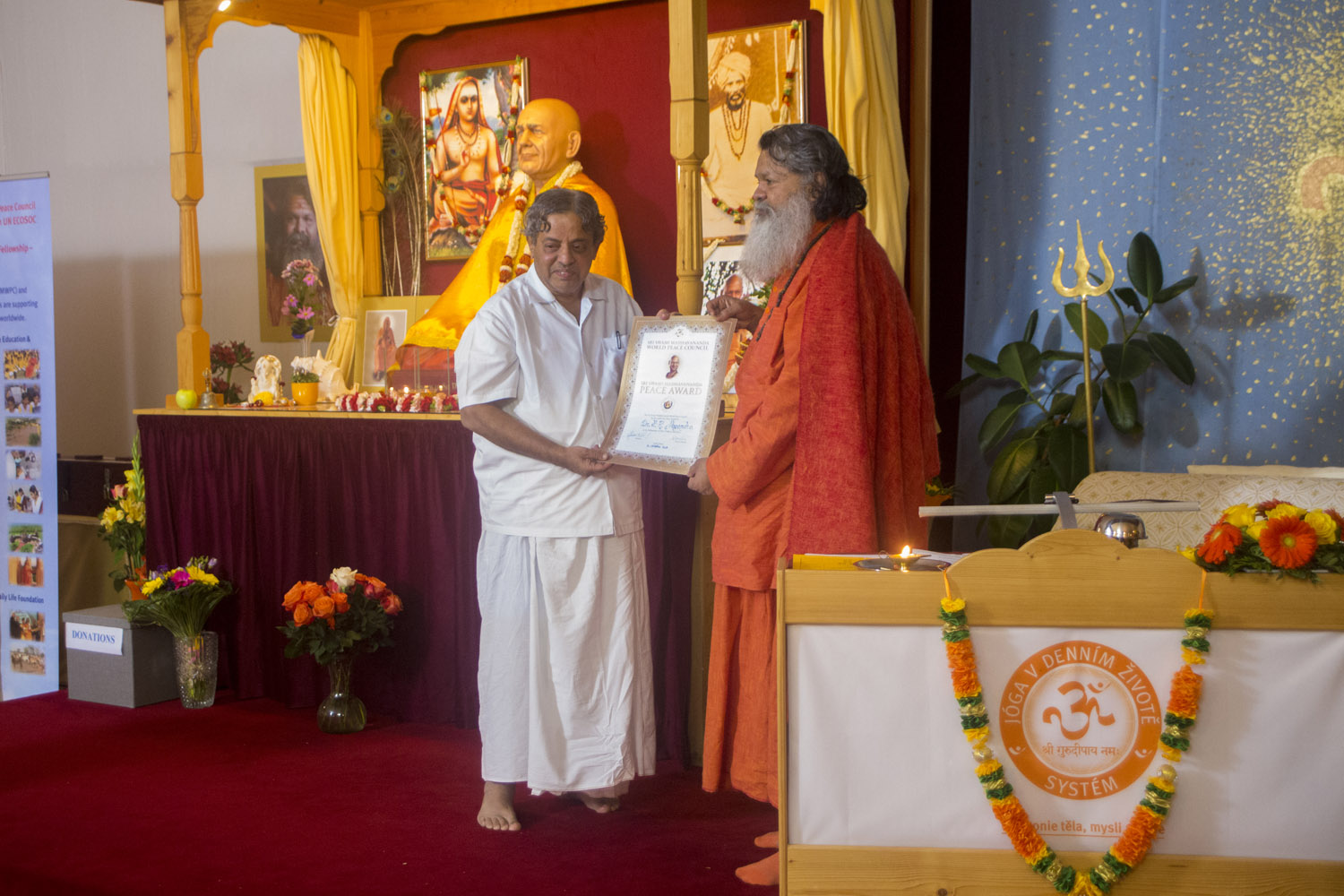 Among the other speakers was Dr. H.R. Nagendra, who is founder and president of Swami Vivekananda Yoga Anusandhana Samsthana University in Bangalore, having previously been a research associate at NASA in the United States. The University promotes the ancient knowledge of ayurveda and yoga and carries out research with many scientific publications. Nagendraji’s vision after the first International Day of Yoga in June this year, is that yoga should be taught in as many places as possible, especially in support of the inner peace and harmonious development of students. 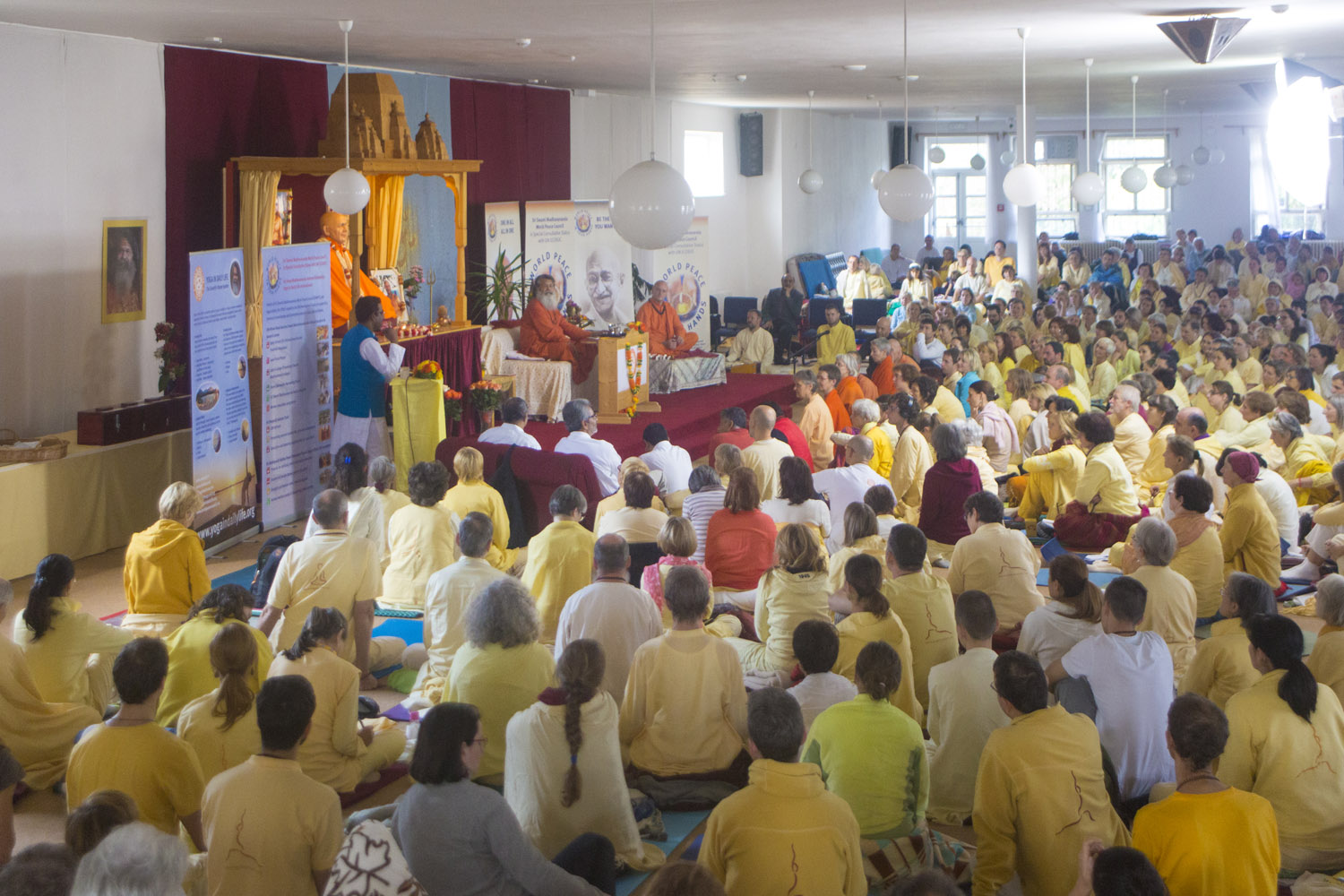 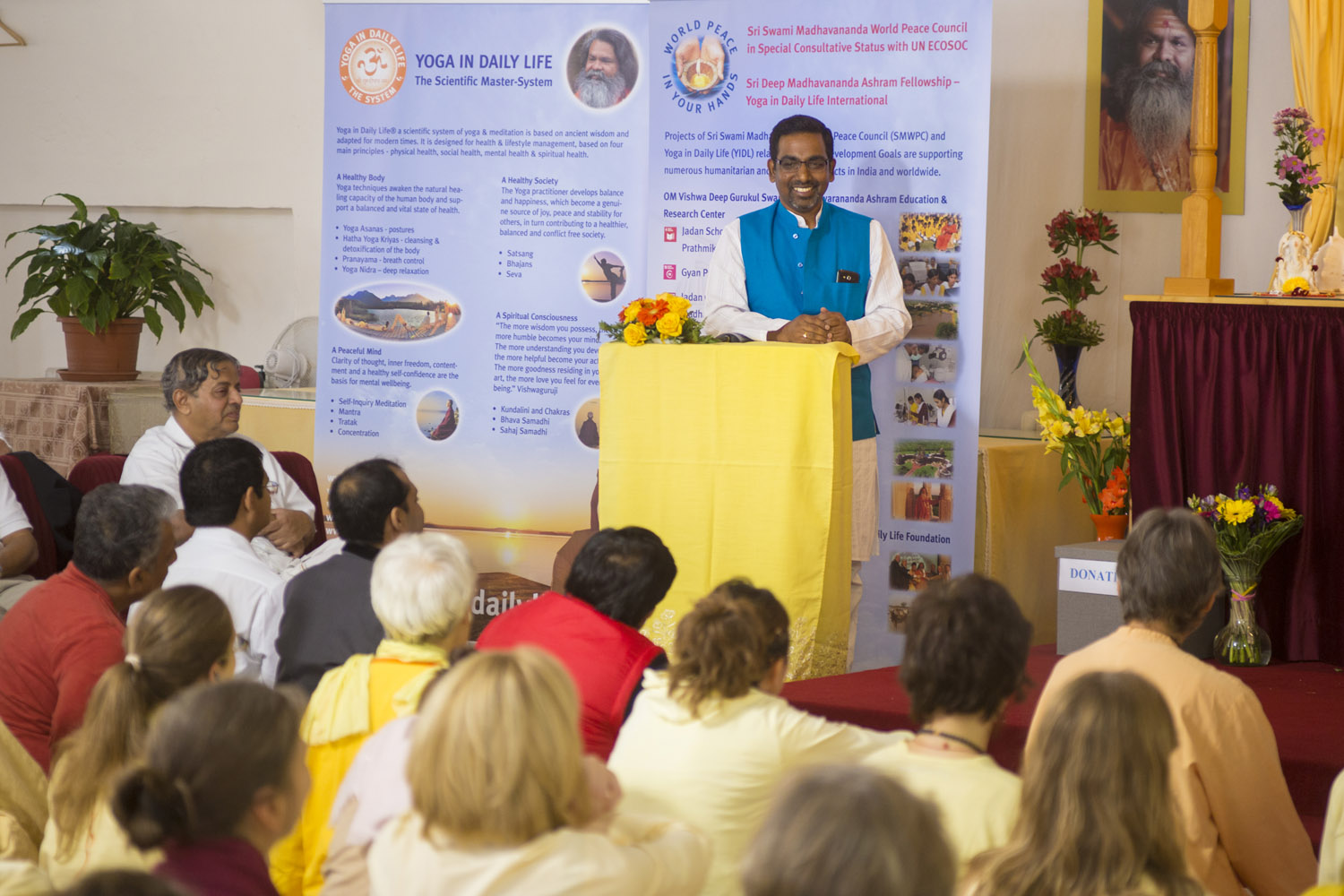 Nagendraji’s student and colleague, Dr. N.K. Manjunath, emphasized that in a majority of cases, disease can be improved with the following four approaches:

1. physical activity;
2. proper nourishment;
3. avoiding unhealthy habits, such as consumption of alcohol and smoking;
4. influencing the mind towards attaining a peaceful state.

He admired the regular practice of yoga participants, saying that this is the way to realization, instead of outsourcing our activity due to laziness.

Dr. Bawa Jain, Secretary-General of the World Council of Religious Leaders (based at the UN Headquarters in New York, USA), said that although the United States is the economic superpower on Earth, India is the spiritual superpower of the world. He proclaimed that US politicians and businessmen are more and more interested in India. 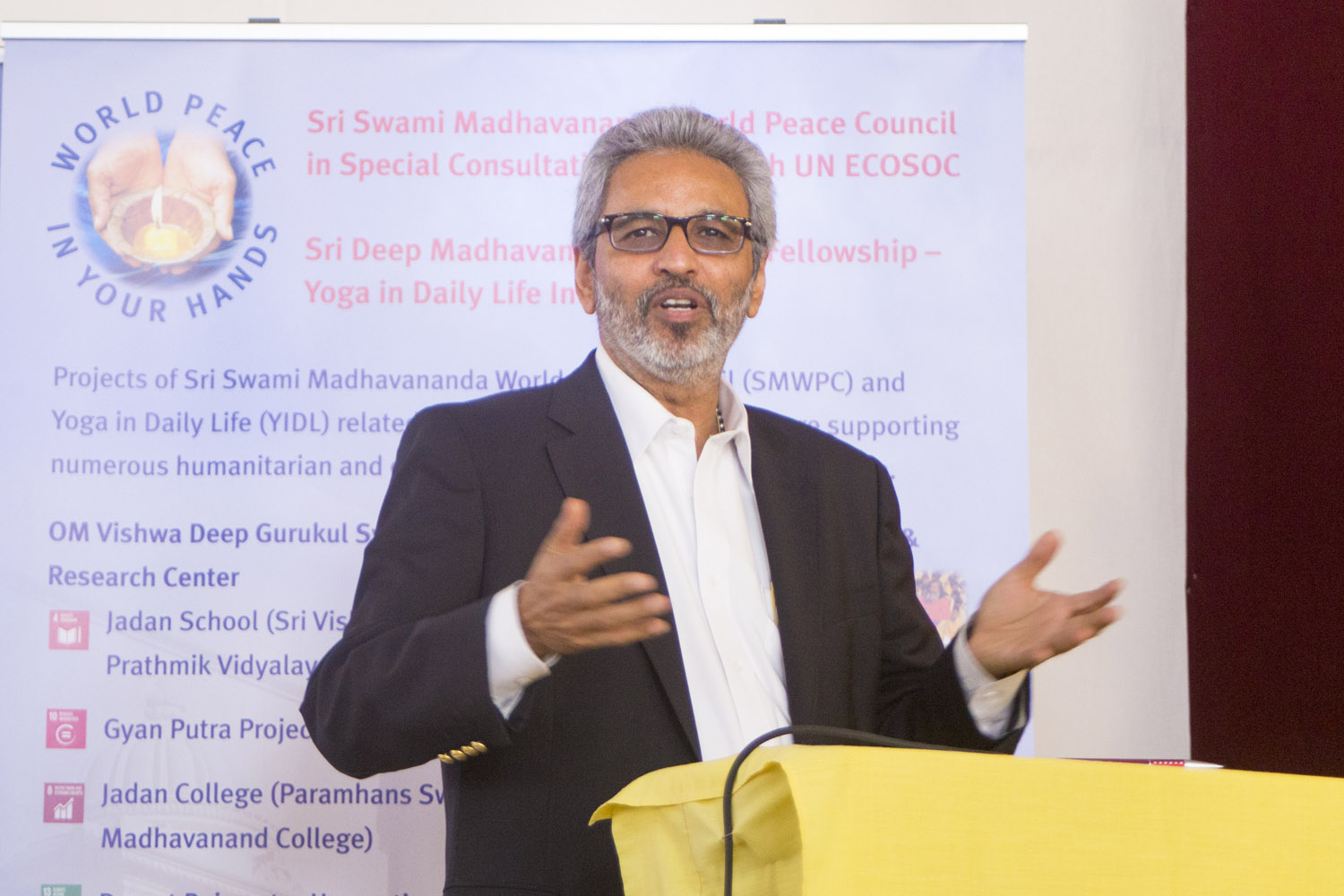 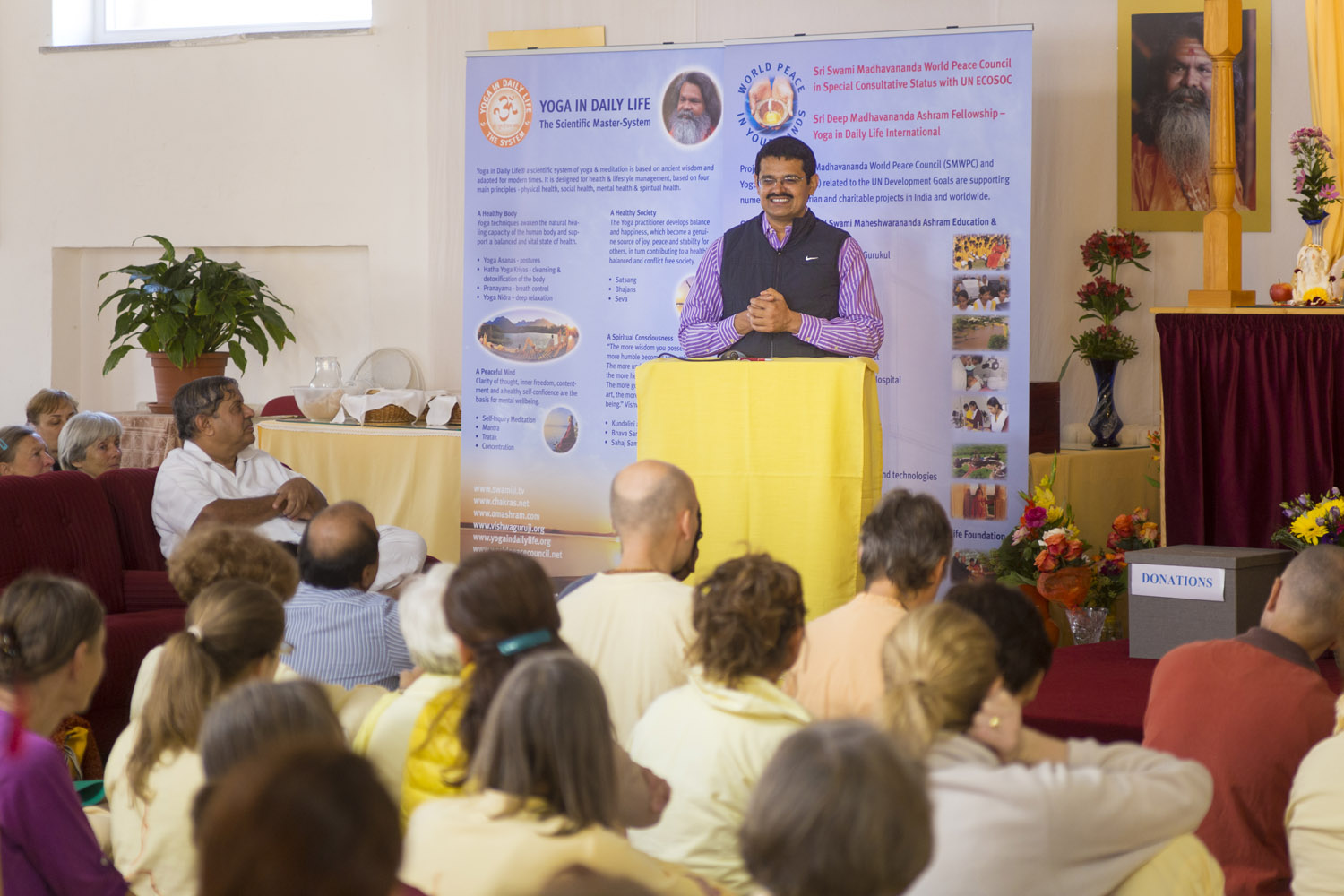 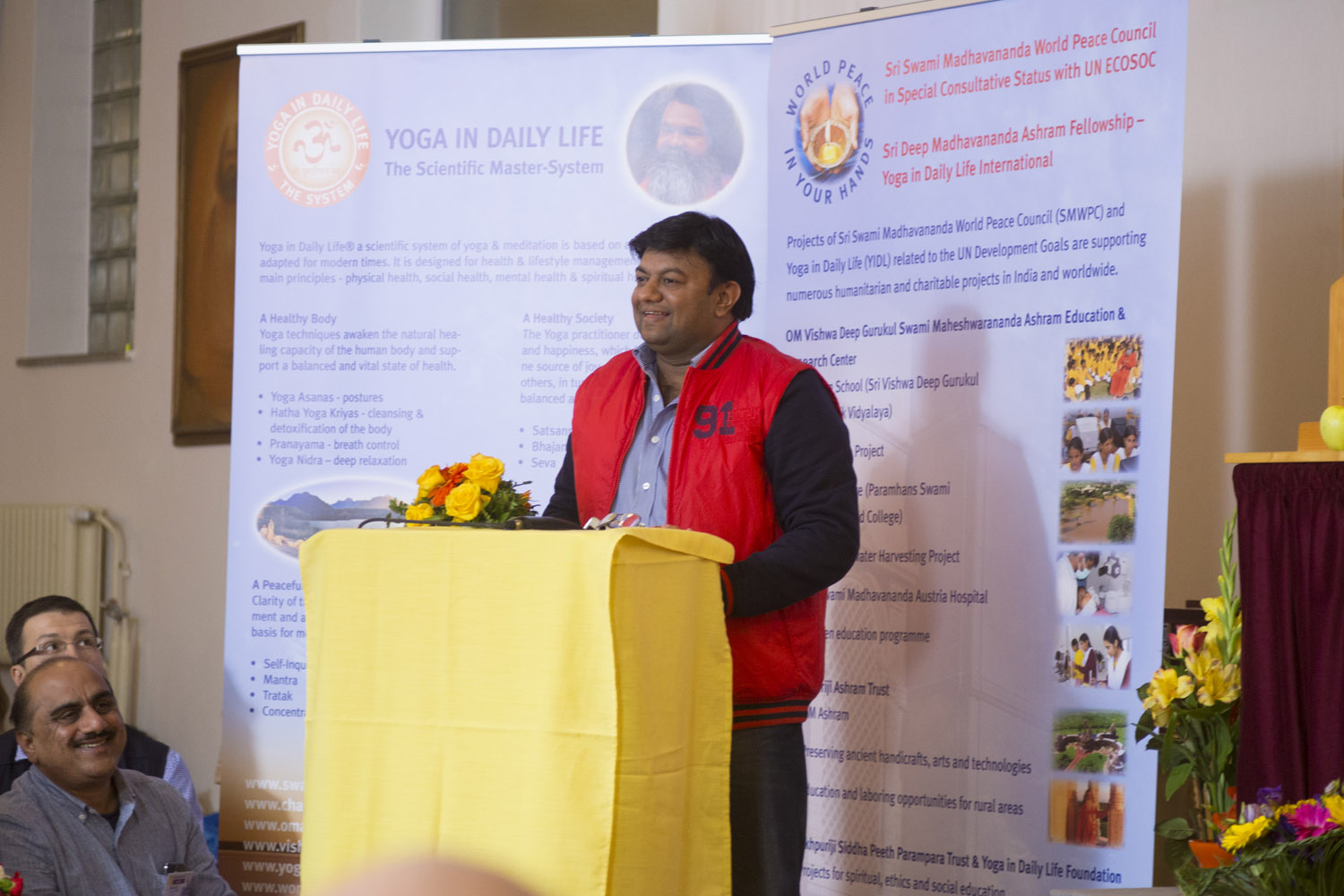 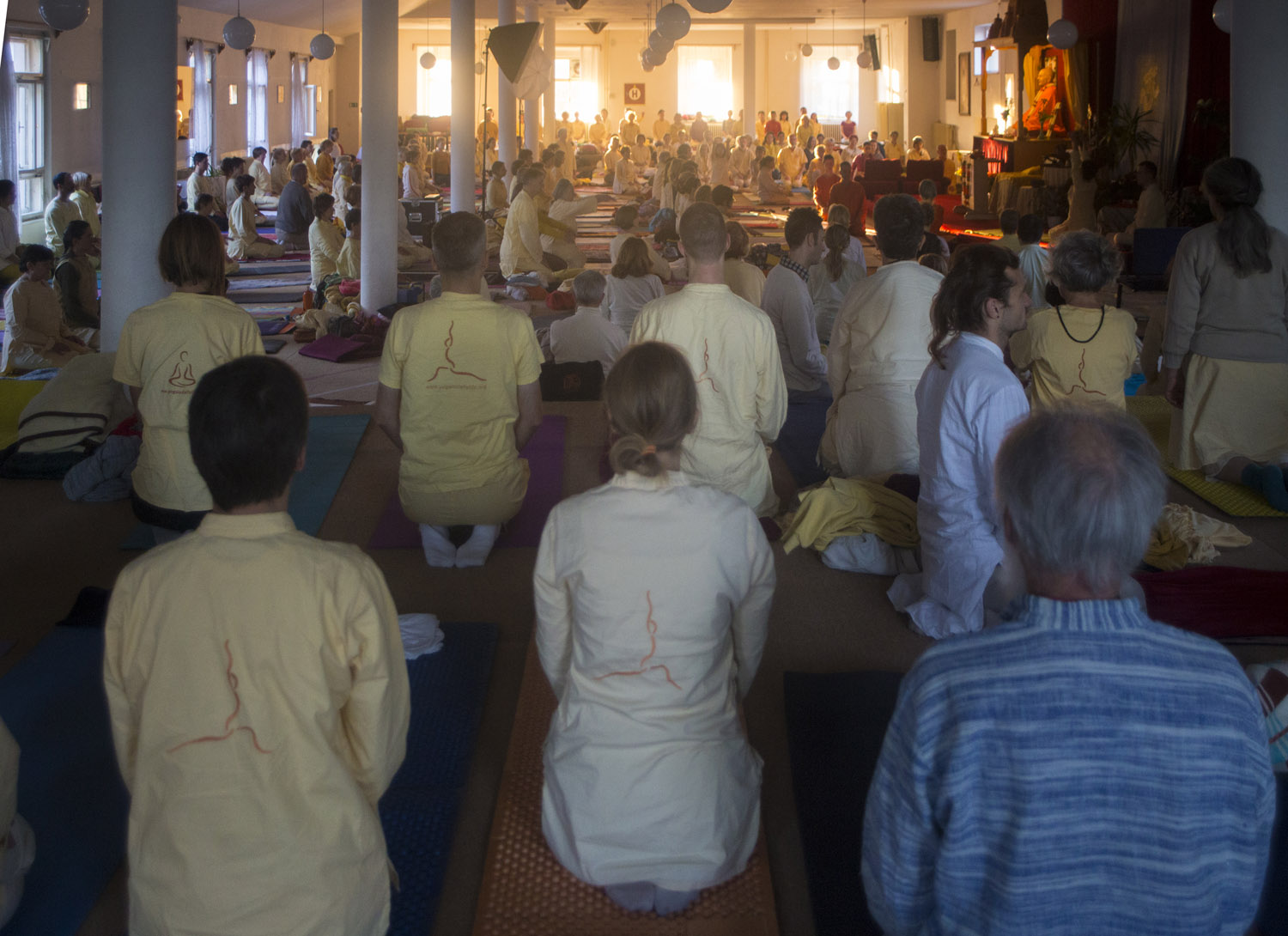 Among the lecturers was Mahamandaleshwar Swami Vivek Puri, who said that yoga is important for world peace because yoga and its great Masters bring that light which has been awakening people to ahimsa (non-violence) and spirituality from the beginning of the world. 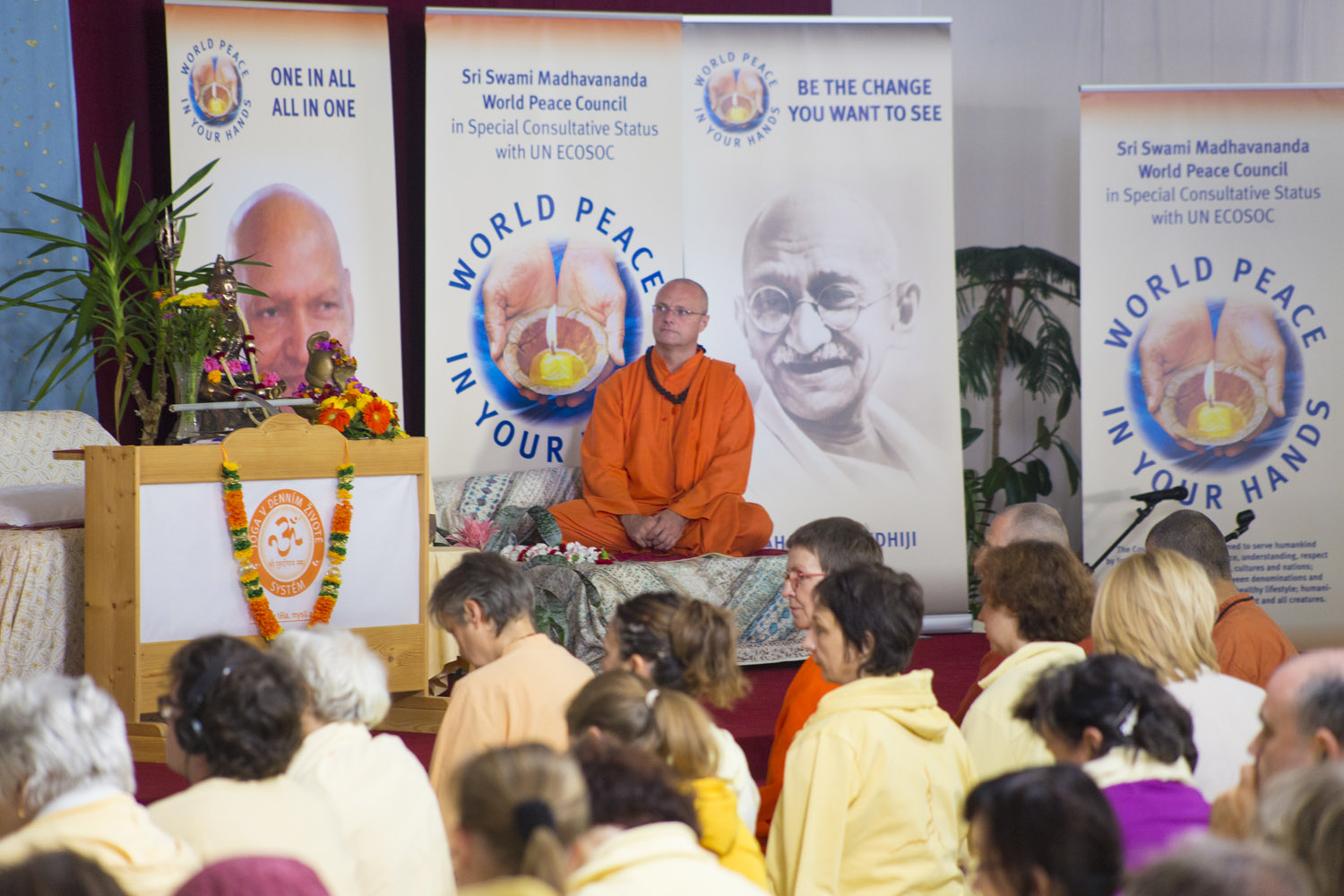 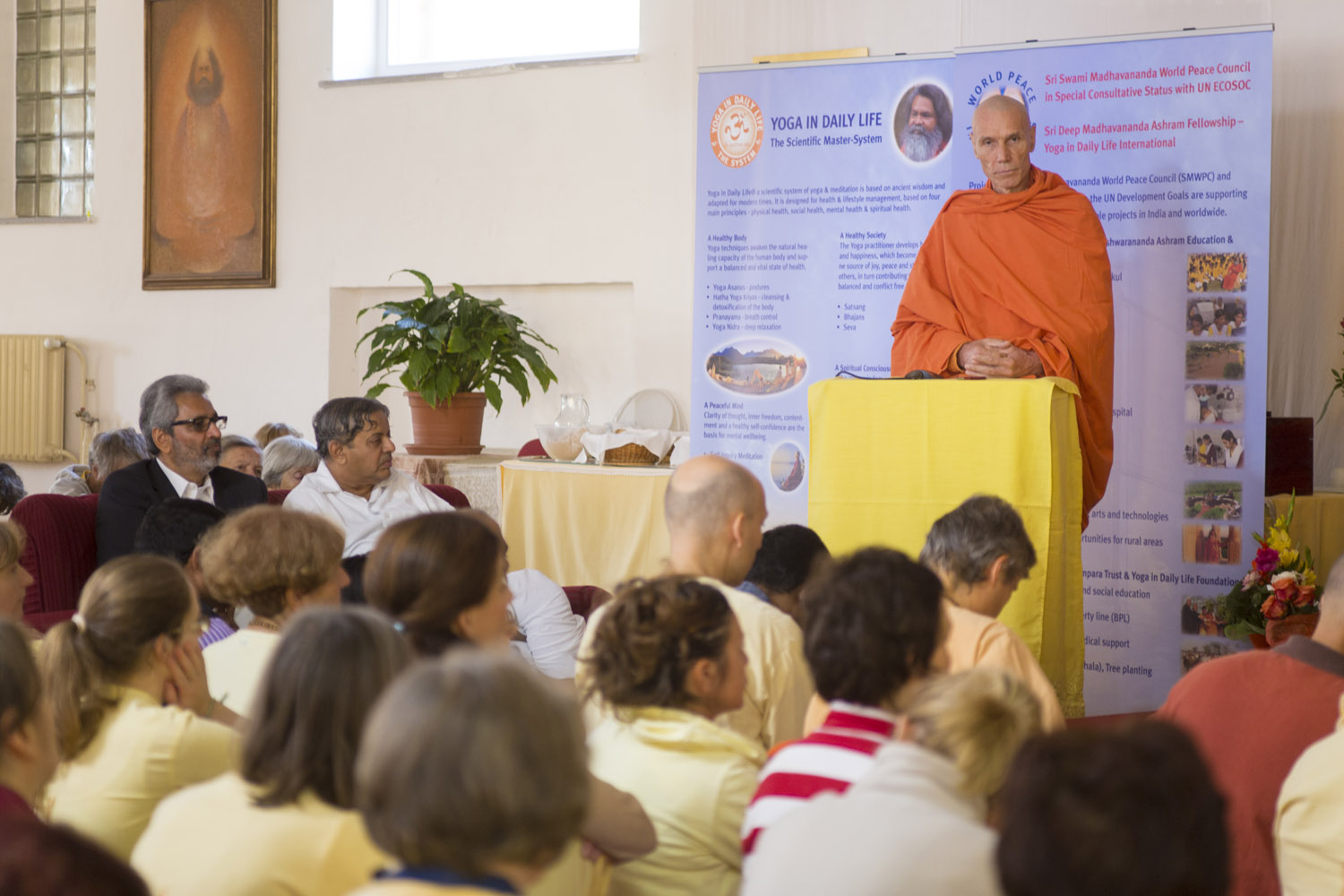 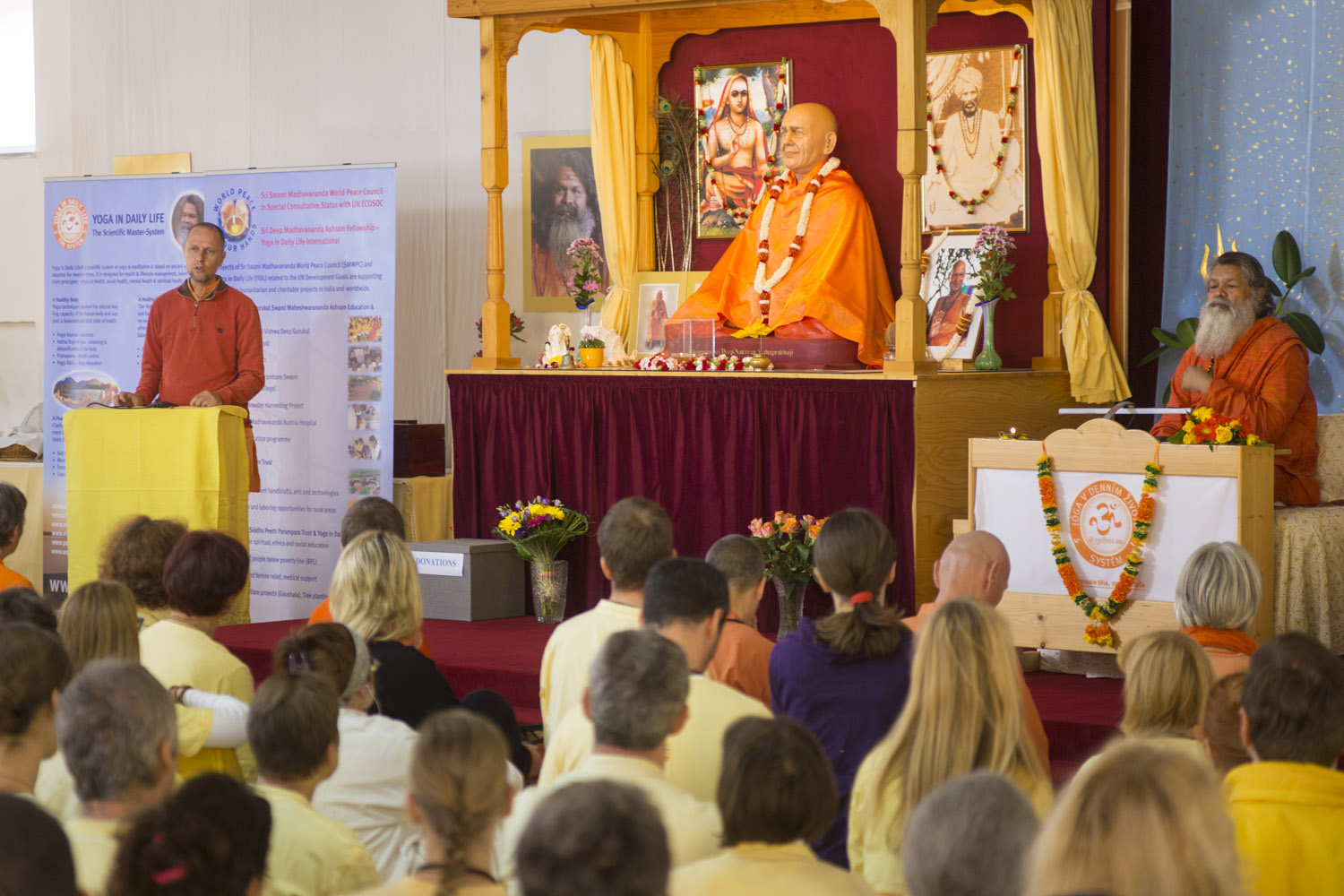 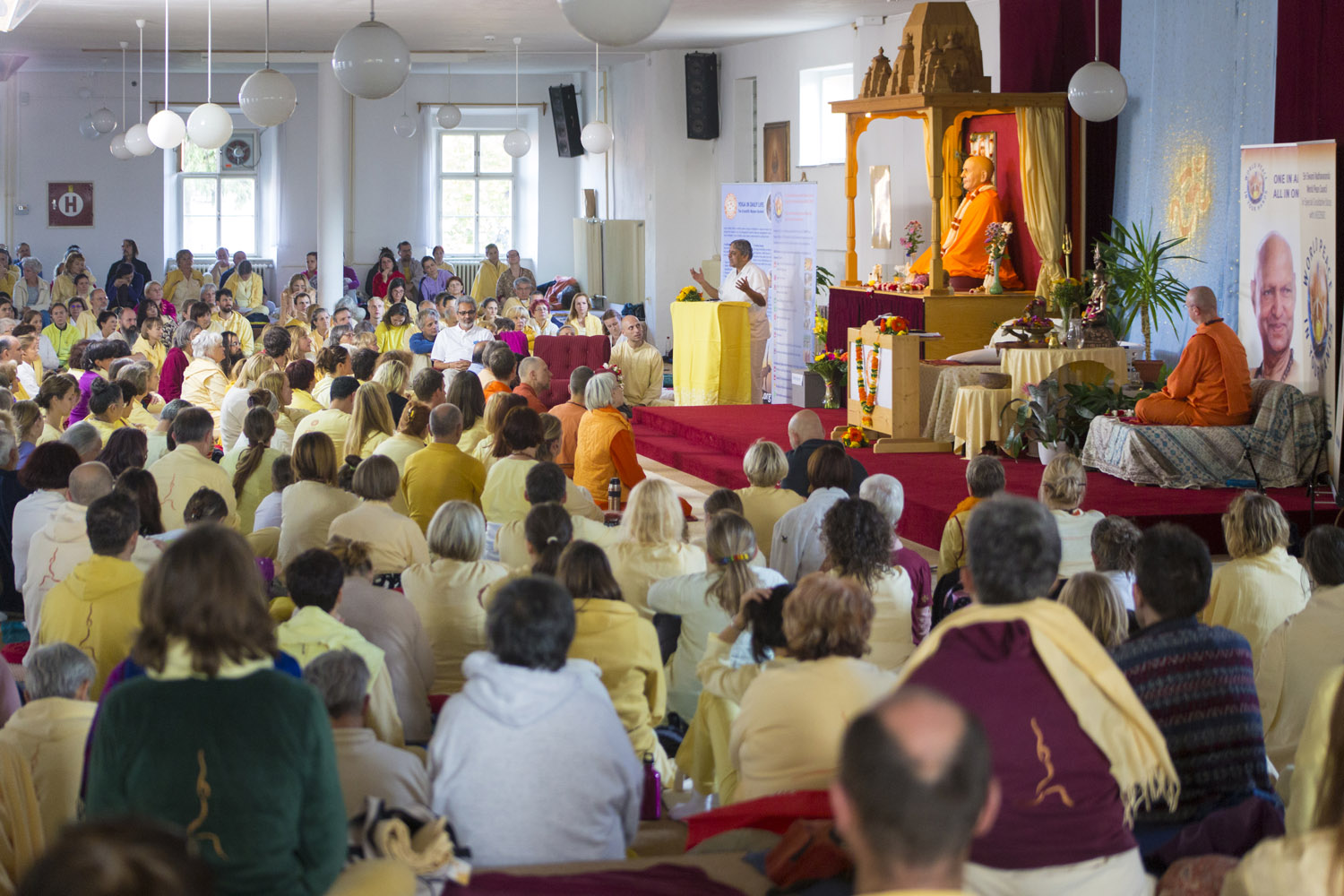 Swami Premanandji pointed out that real yoga means action with compassion. The start of our inner peace is when our thoughts, emotions and acts are equally balanced; and when they are honest and true. 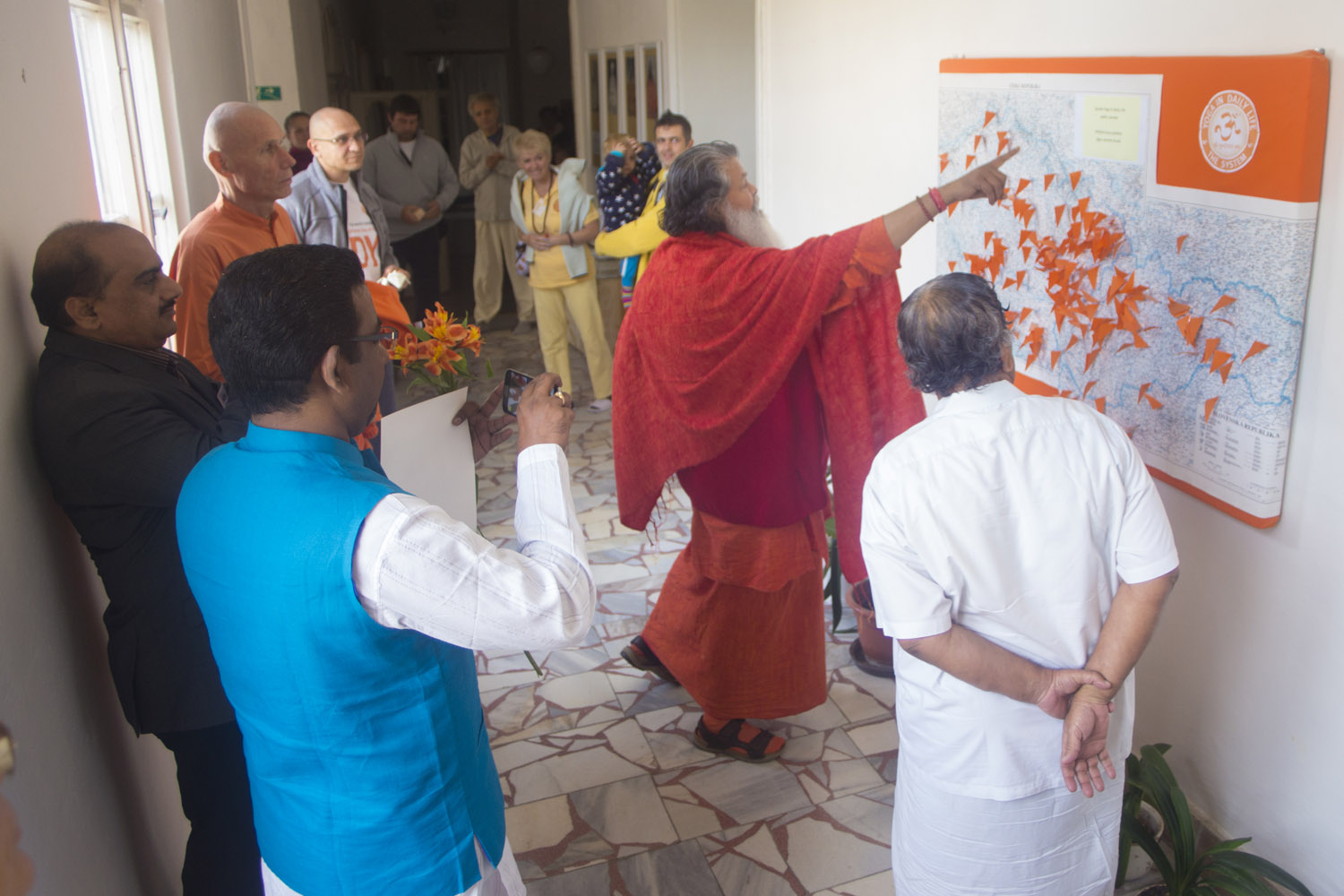 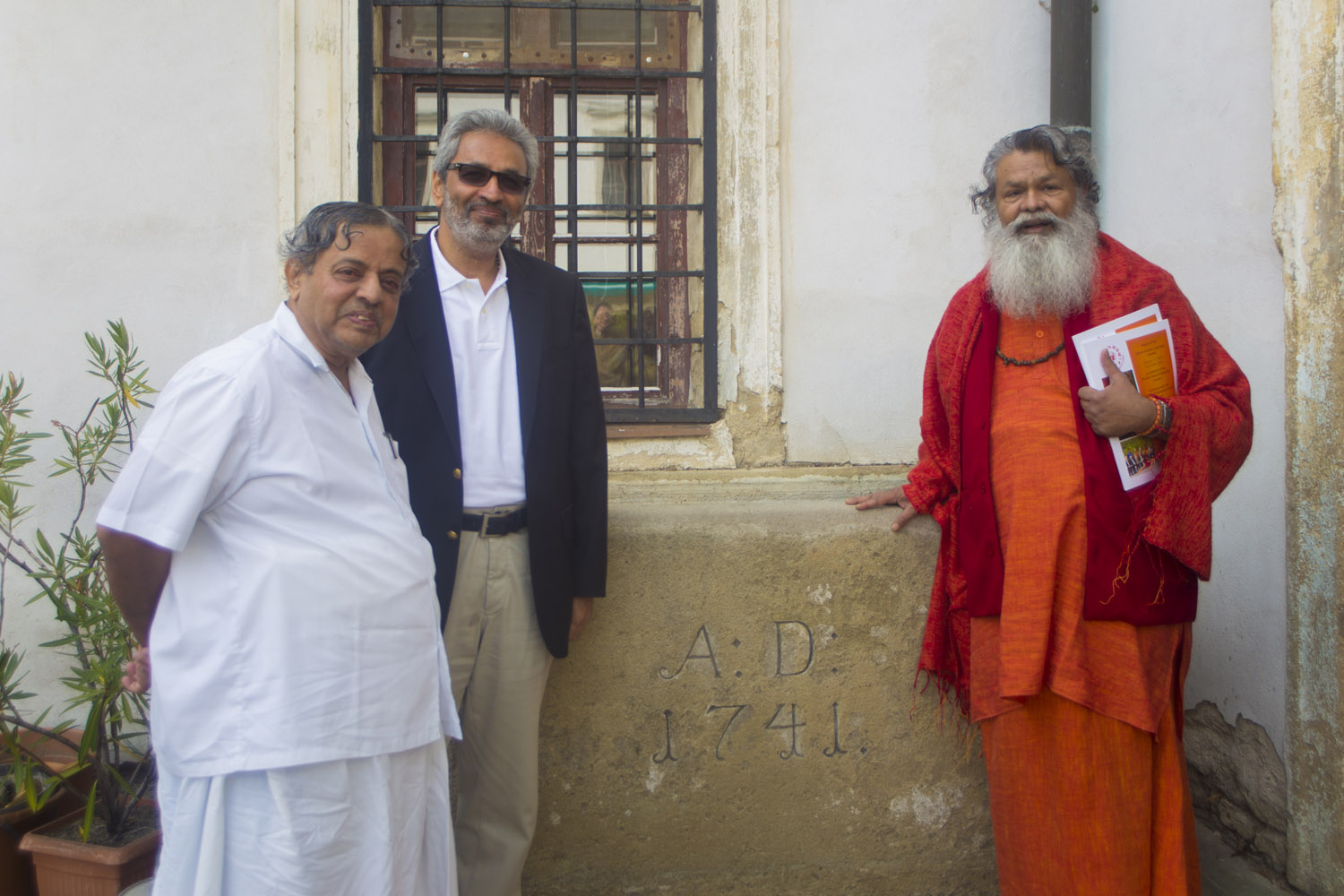 Vishwaguruji summarized the conference and weekend program with the quote:

dharmo rakshati rakshitaha - when you protect dharma, dharma will protect you.

He said that Yudhishthira from the Mahabharata had the darshan (holy presence/glance) of Sri Alakhpuriji before he entered Svarga Loka (heaven). Sri Alakhpuriji has been living between Kedarnath and Badrinath for thousands of years. Sri Devpuriji received his blessing and this is the origin of the Sri Alakhpuriji Siddhapeetha - the origin of Yoga in Daily Life. All who joins this Siddhapitha gets connected to that resonance of ancient wisdom. 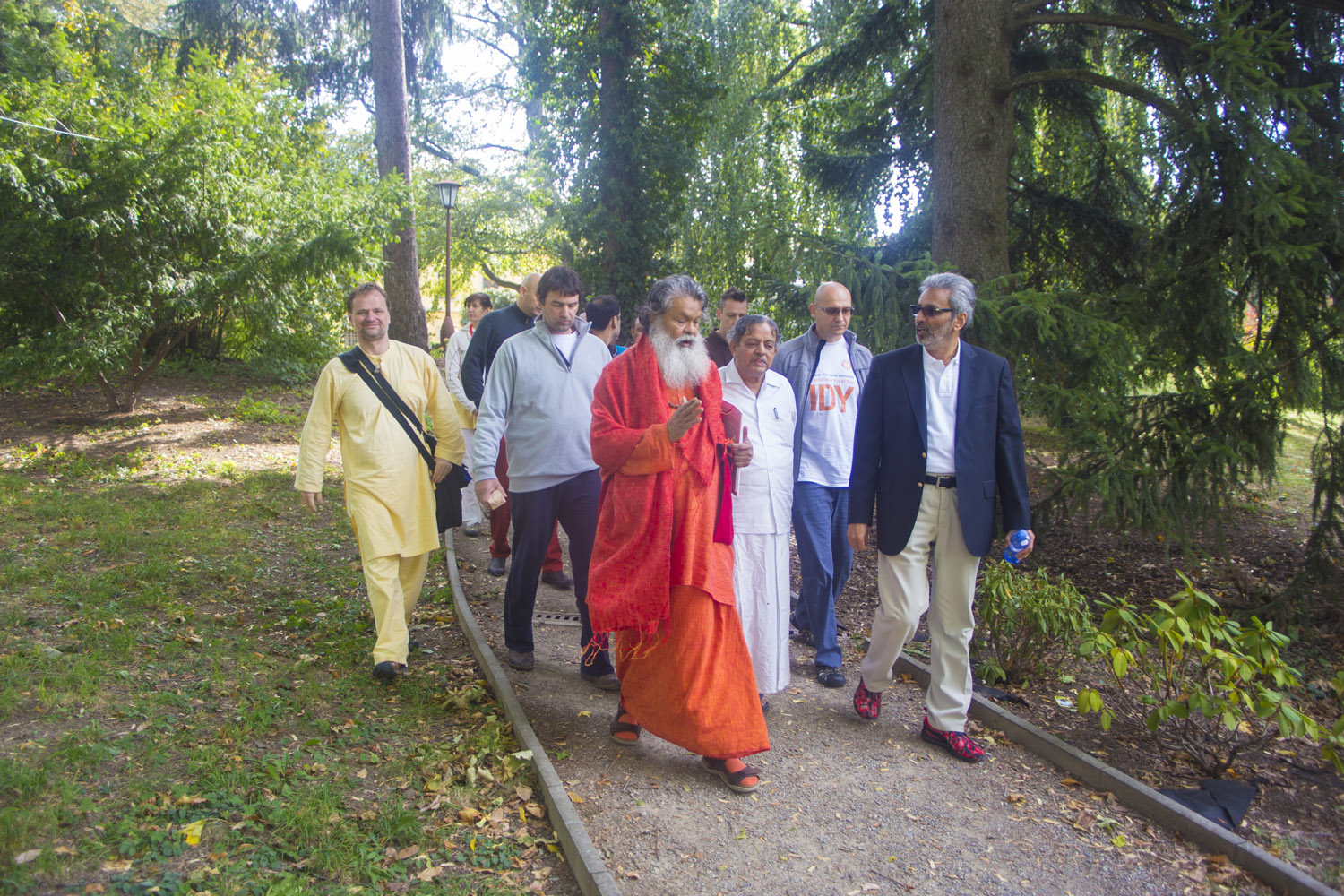