Vishwaguruji’s visit to the capital city of Croatia was marked with a series of very interesting programs and meetings, beginning with the public lecture entitled, “Yoga for a Healthier and Happier Life” at the Zagreb Westin Hotel. 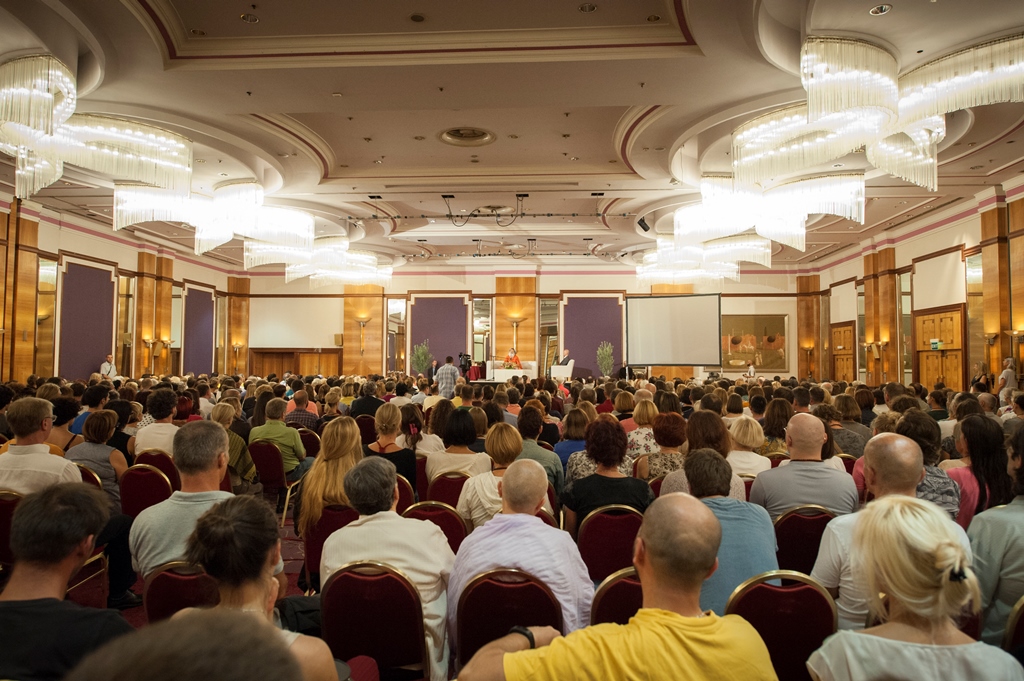 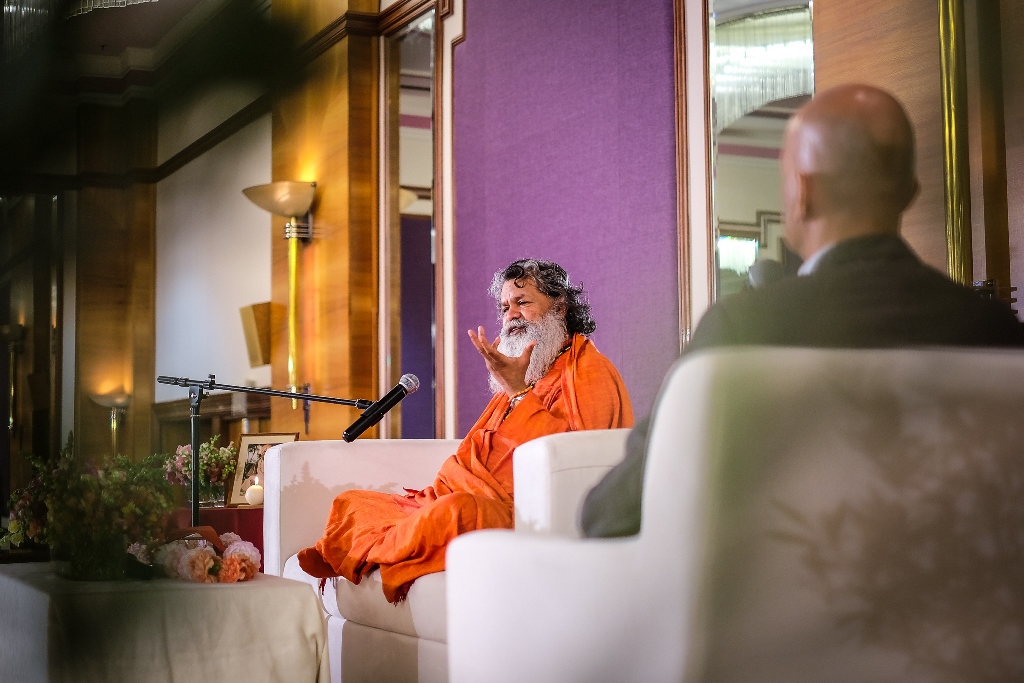 Along with other official guests, the lecture was attended by the Indian Ambassador in Croatia, His Excellency Sandeep Kumar, who addressed the audience: “I knew that there’s a strong interest for yoga in Croatia, but my impression is now even stronger by seeing the number of people here tonight. I am thrilled by the way and the commitment with which you people approach the promotion of yoga and the rapprochement of cultures and nations. I understand why Croatia is among the first countries which supported the big celebration of the first International Day of Yoga in June this year. “ 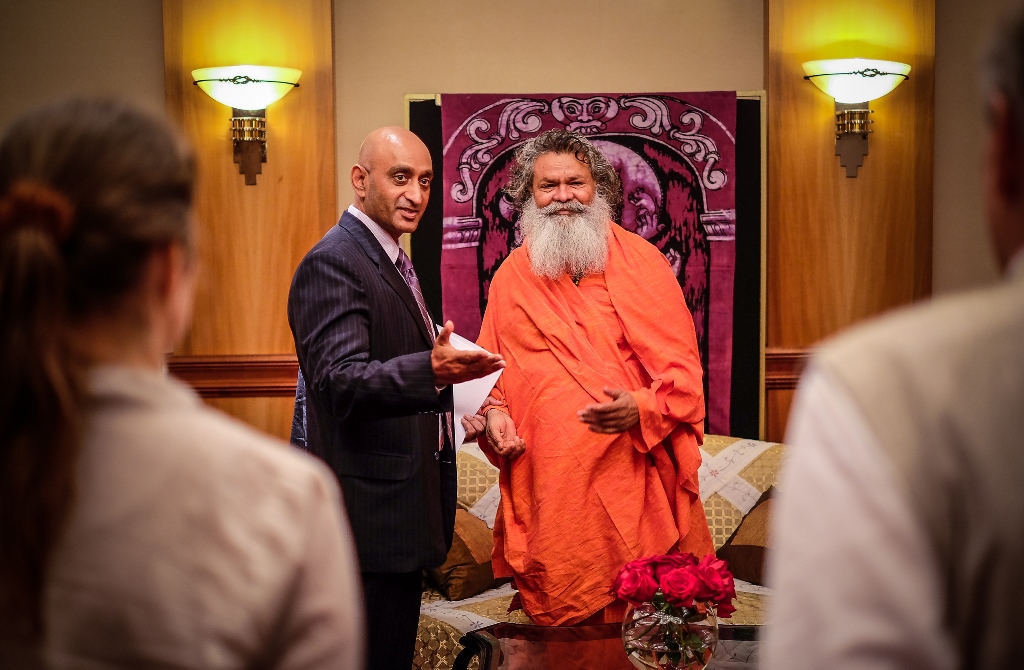 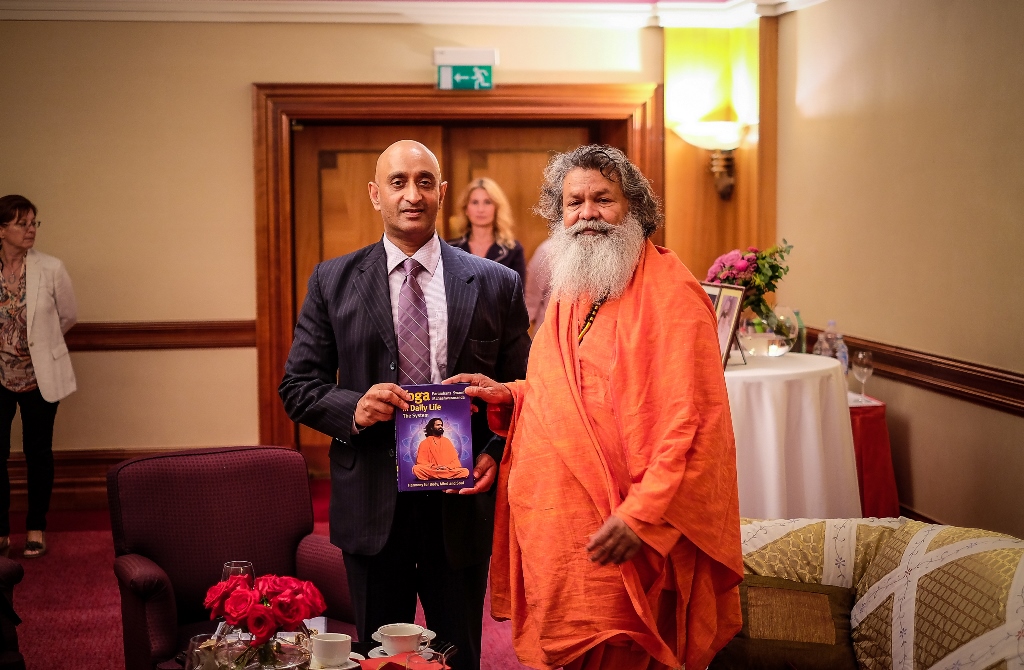 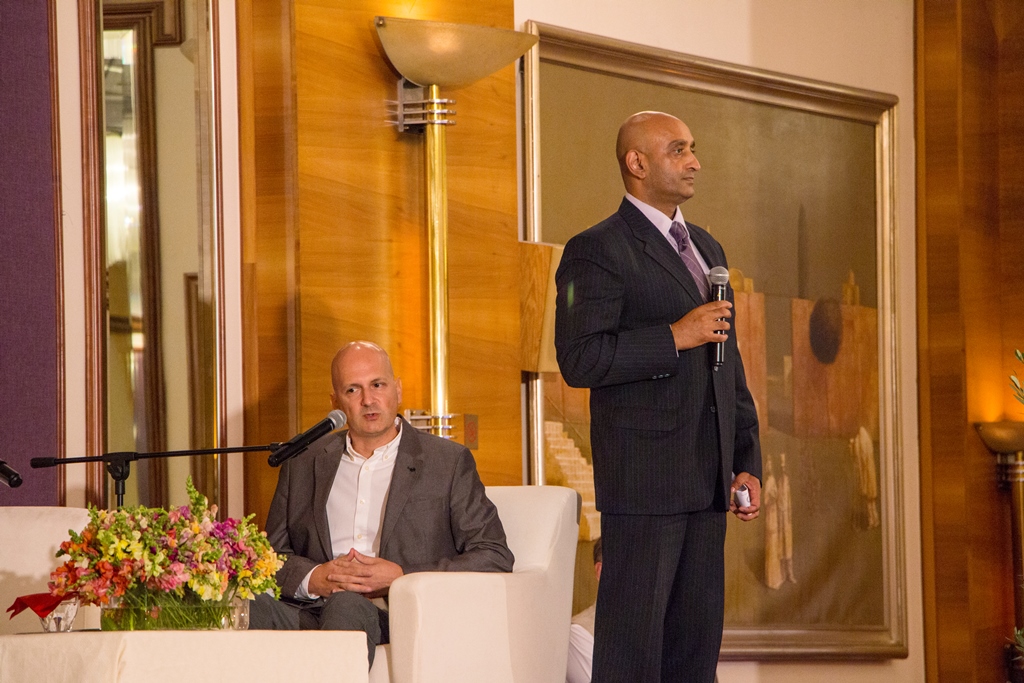 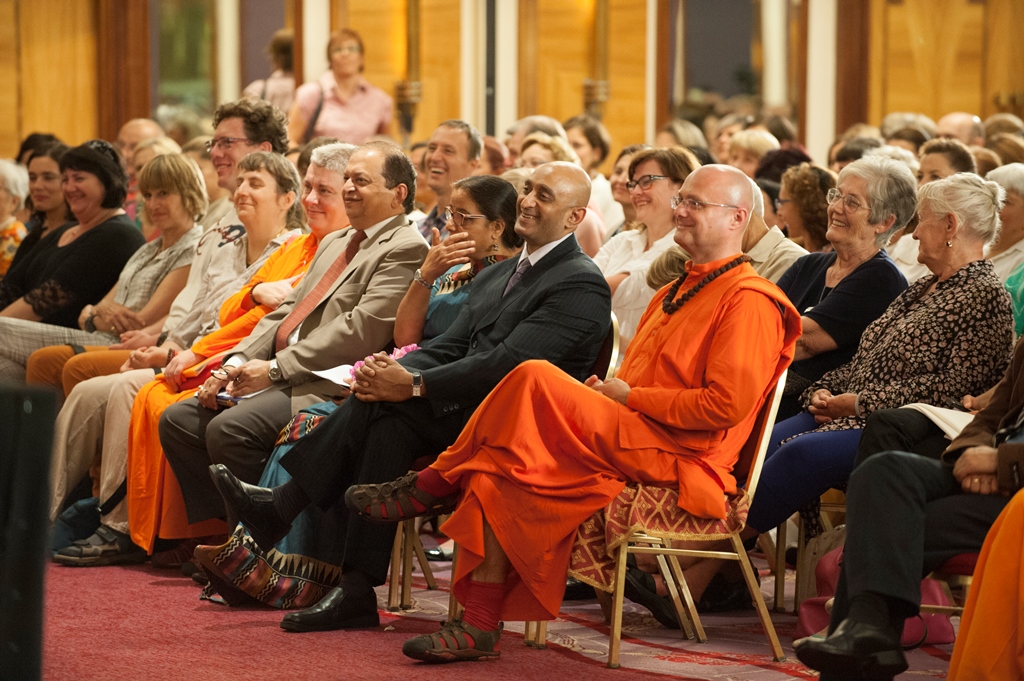 The hall of the Westin Hotel was that night a place where citizens of Zagreb could learn from the authentic knowledge of yoga some practical answers to the question of how to live with better health and happiness. 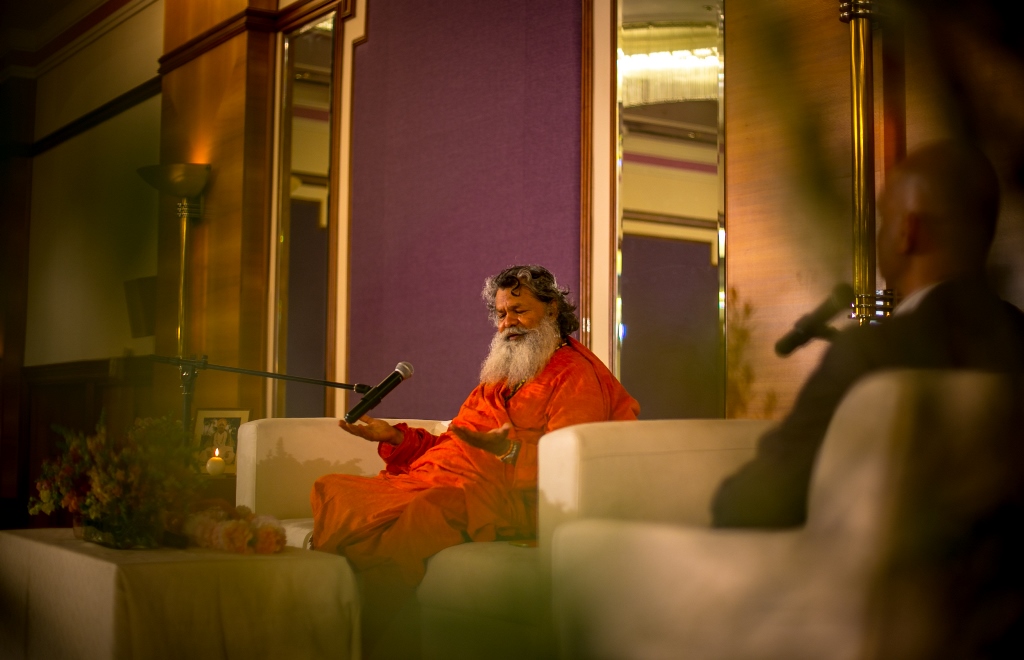 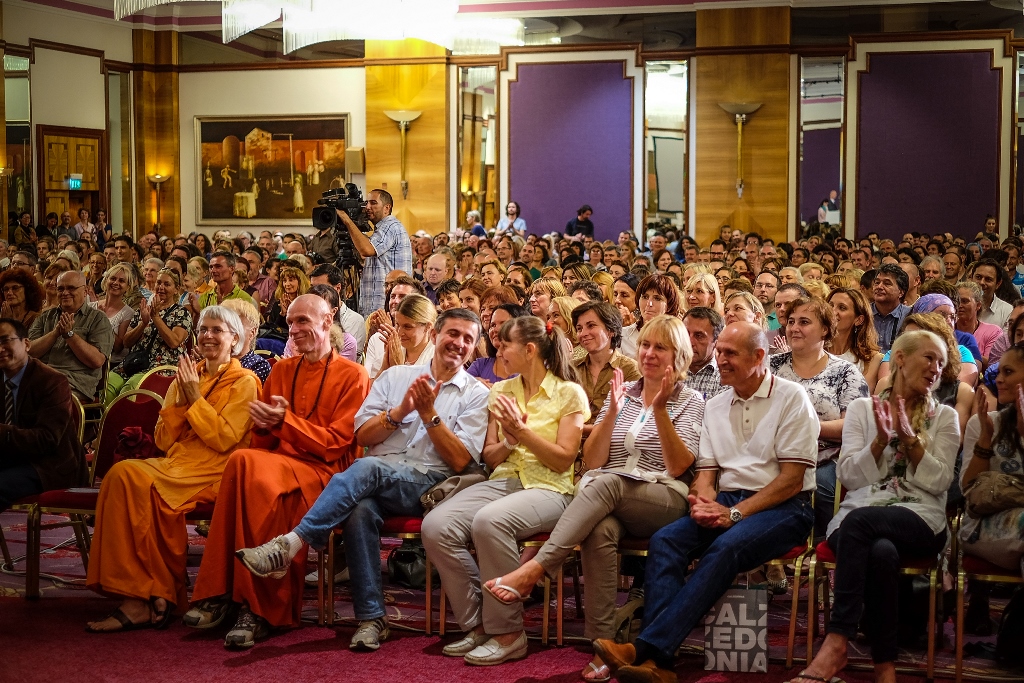 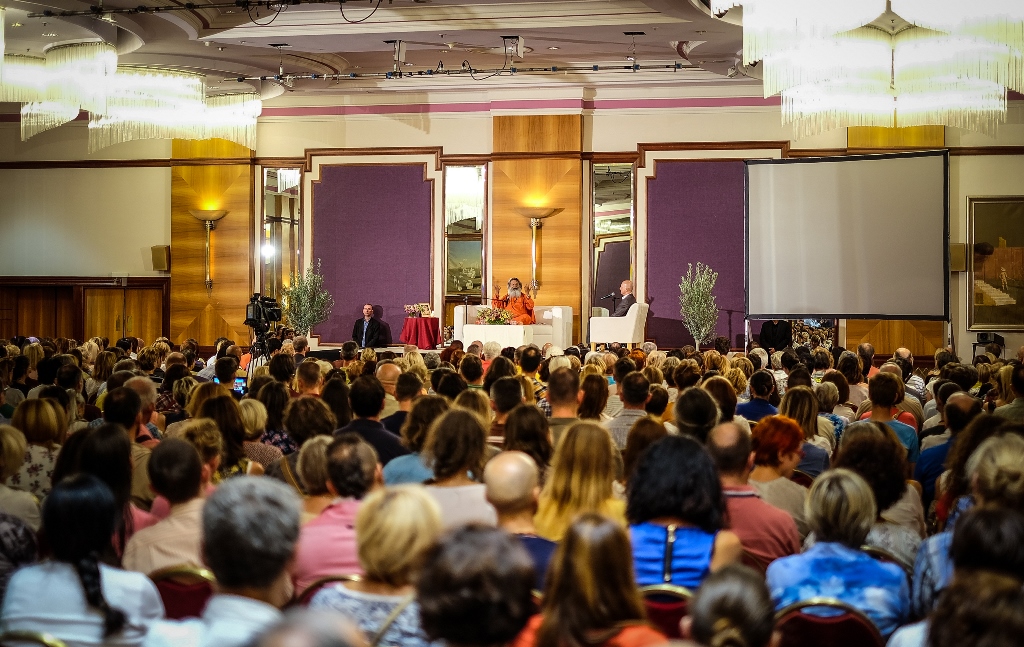 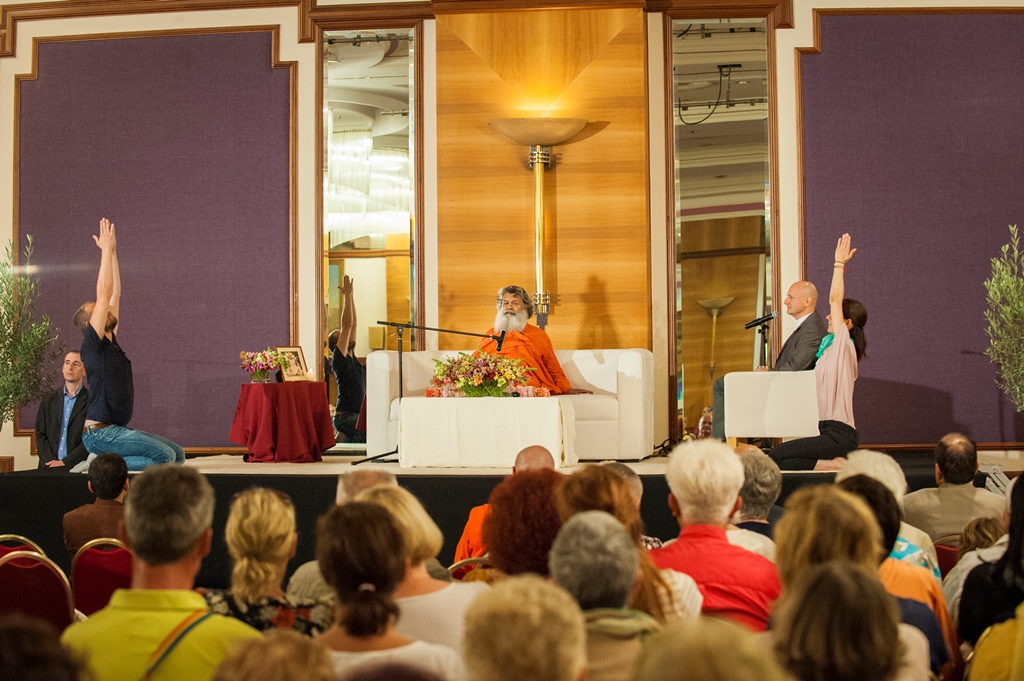 The lecture inspired many people to start practicing yoga, and the comprehensive program continued with a weekend of practical workshops, more lectures, and also satsangs with Vishwaguruji, surrounded by the beautiful nature of Jelenovac Park. 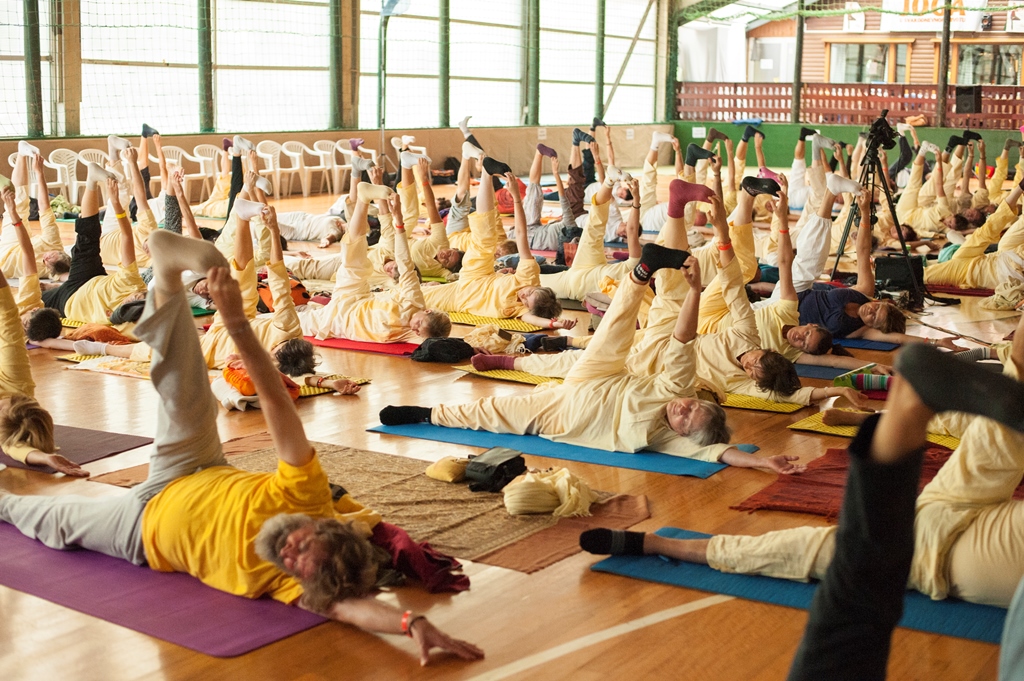 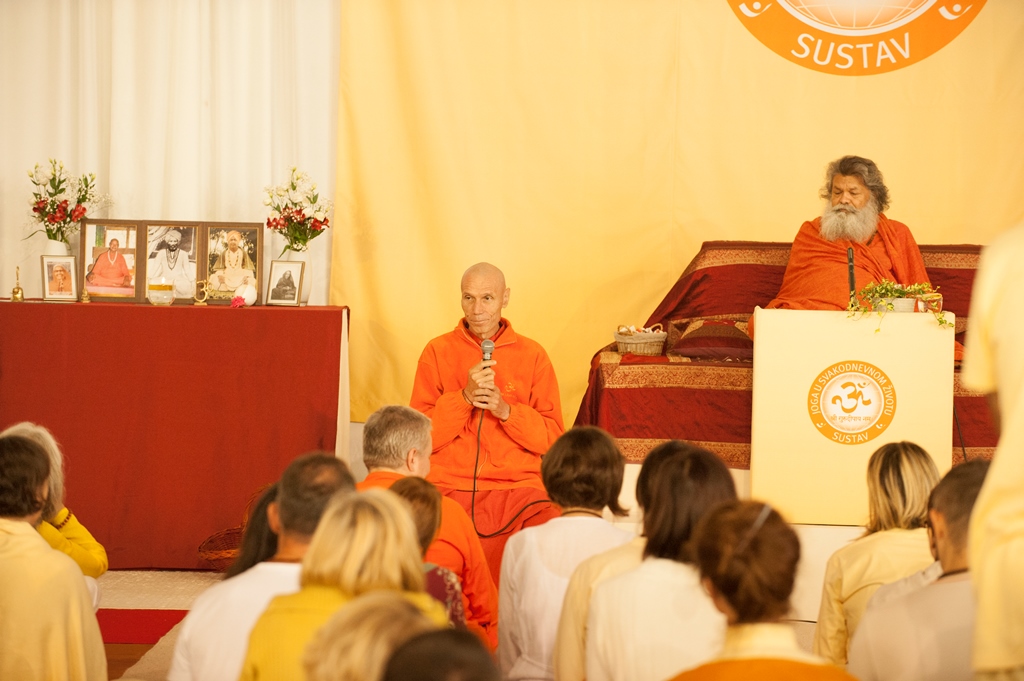 In his inspiring satsangs, Vishwaguruji highlighted the ‘Law of Multiplication’ that rules all of our deeds and actions, whether they are positive or negative. He gave the example of the stone used for construction of Om Ashram in Jadan. This rare quality stone, weighing 20 to 30 tons each piece, costs about 500,000 Rupees to purchase and transport to the Ashram. But this price doesn’t support only the owners of the quarry, it also gives support to the workers and their families, the employees in the petrol station, truck drivers, the government that gets the taxes, and so on.

So it is possible that by having the good intention to nurture others, sustenance is provided for hundreds and thousands of people. Similarly, deeds with negative and selfishness intentions will bring many complications to the lives of many people. In this way the effects of your actions are multiplied, based on your original intention having a positive or negative aim, and your actions will generate karma accordingly. 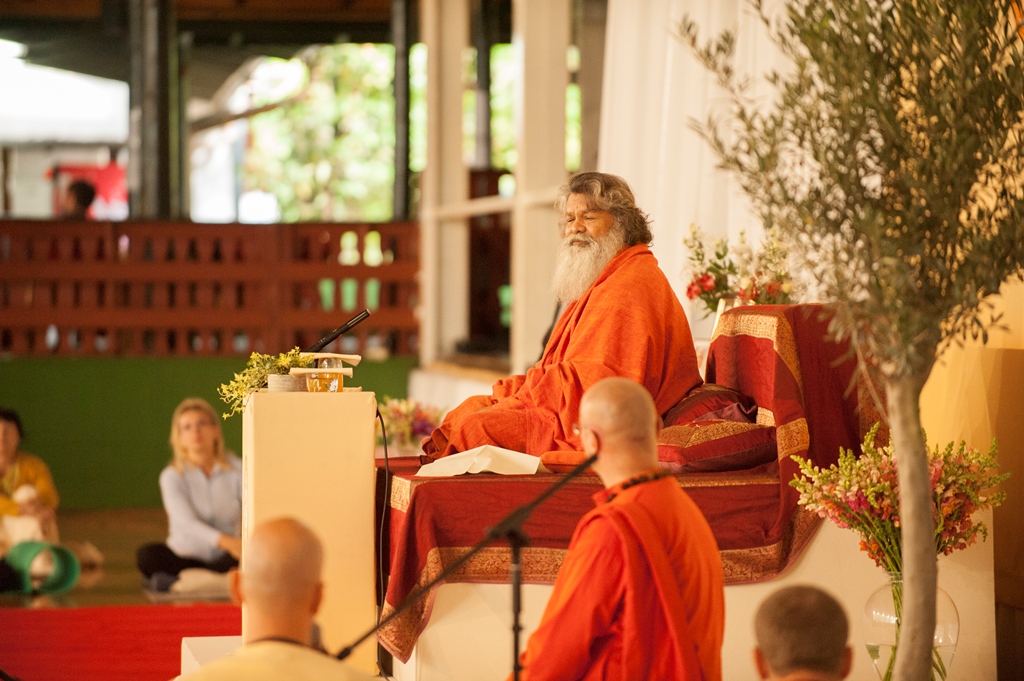 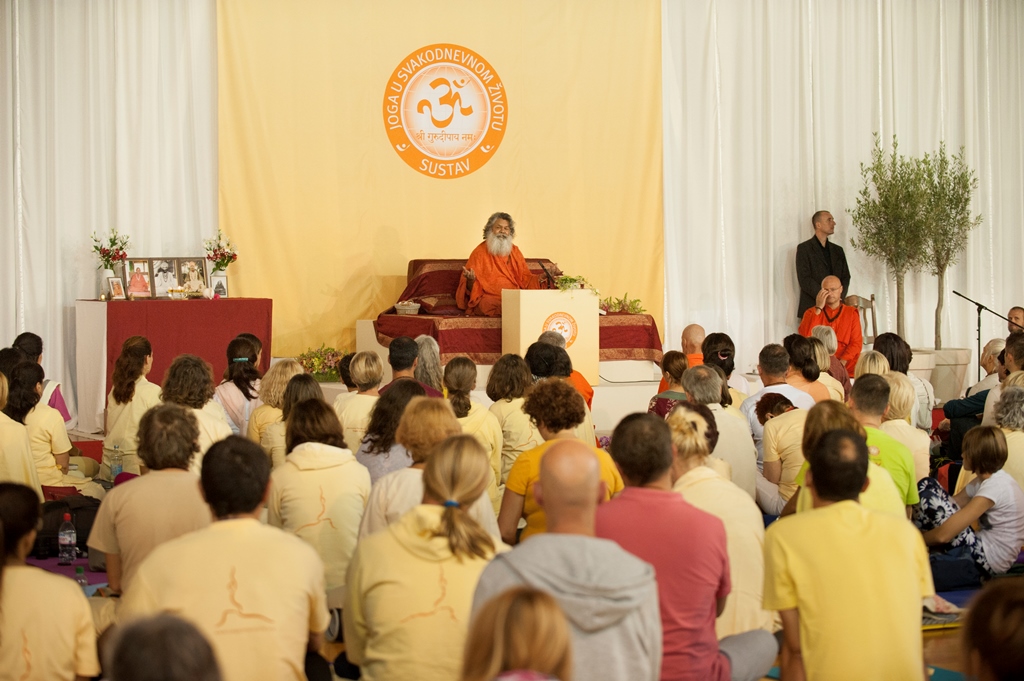 Respected statesman, His Excellency Mr Budimir Lončar, met Vishwaguruji during the visit to Zagreb. They spoke for more than one hour and discussed matters of world peace and organization of the coming Peace Conference at the United Nations in Vienna. 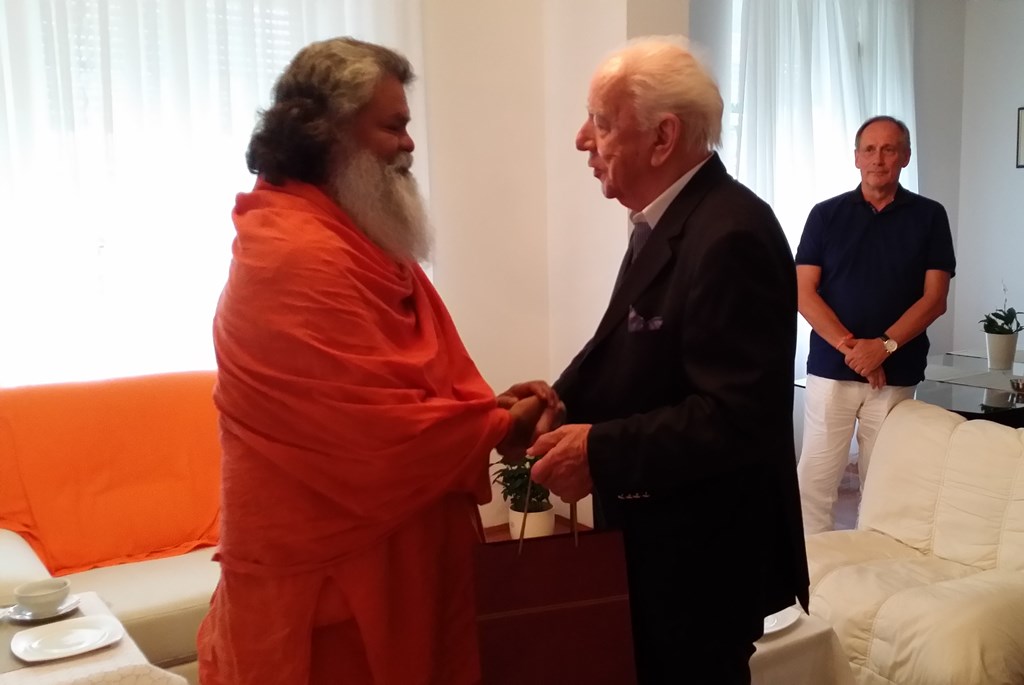 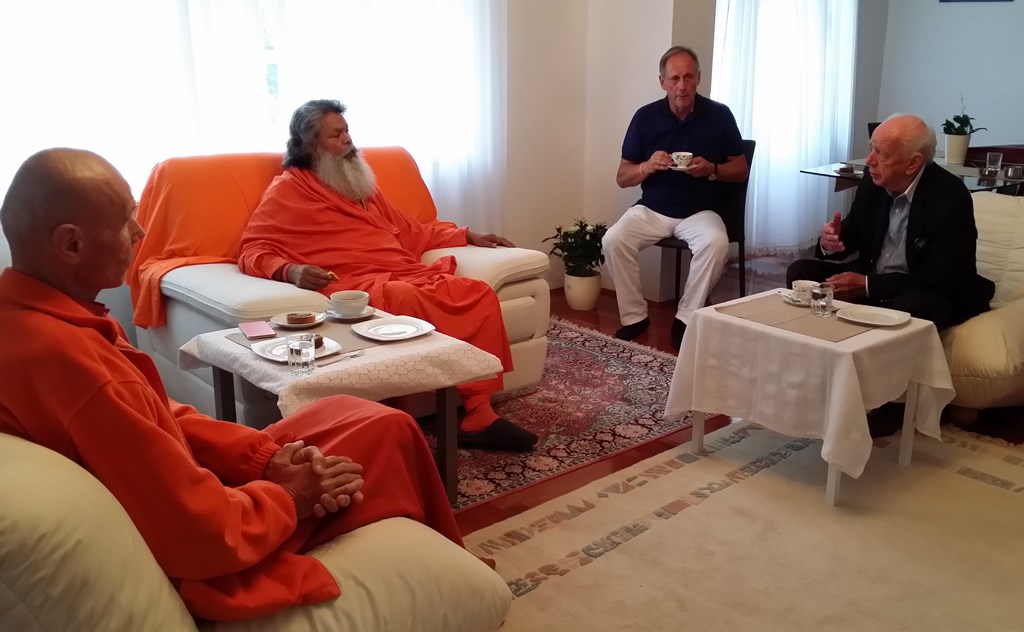 Satsang in Zagreb Ashram in the atmosphere of friendship and family harmony was, as always, a highlight of the whole visit. 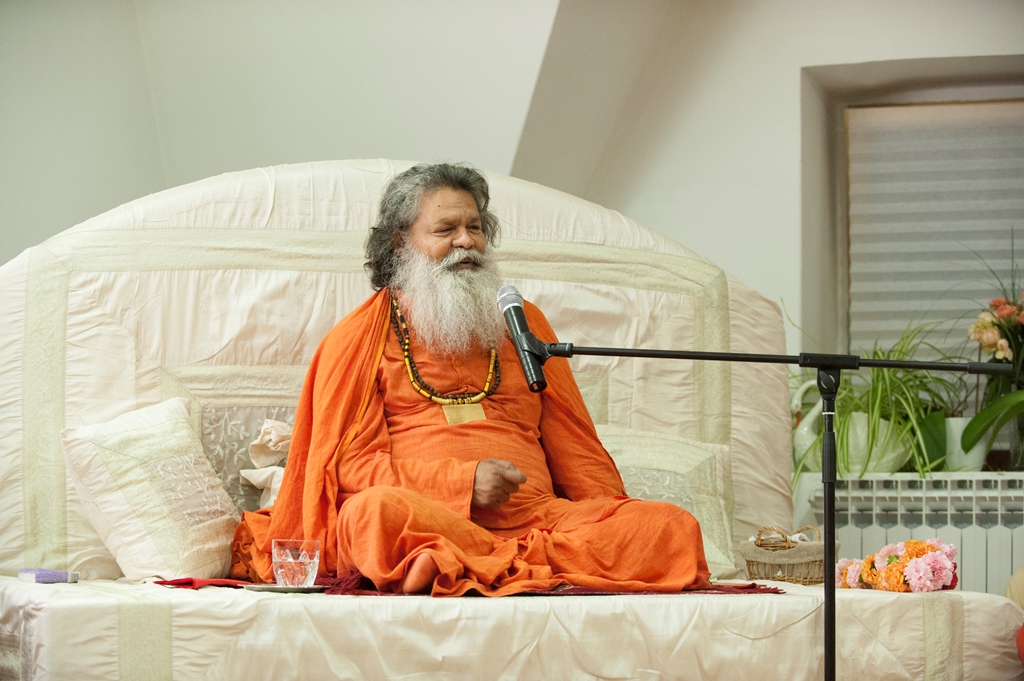 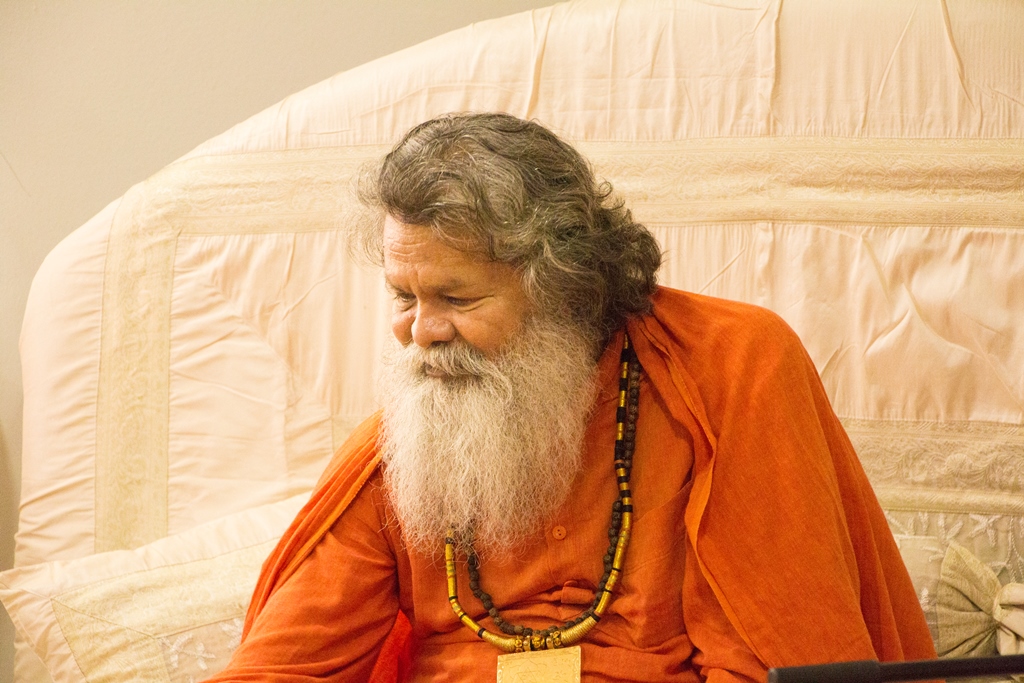 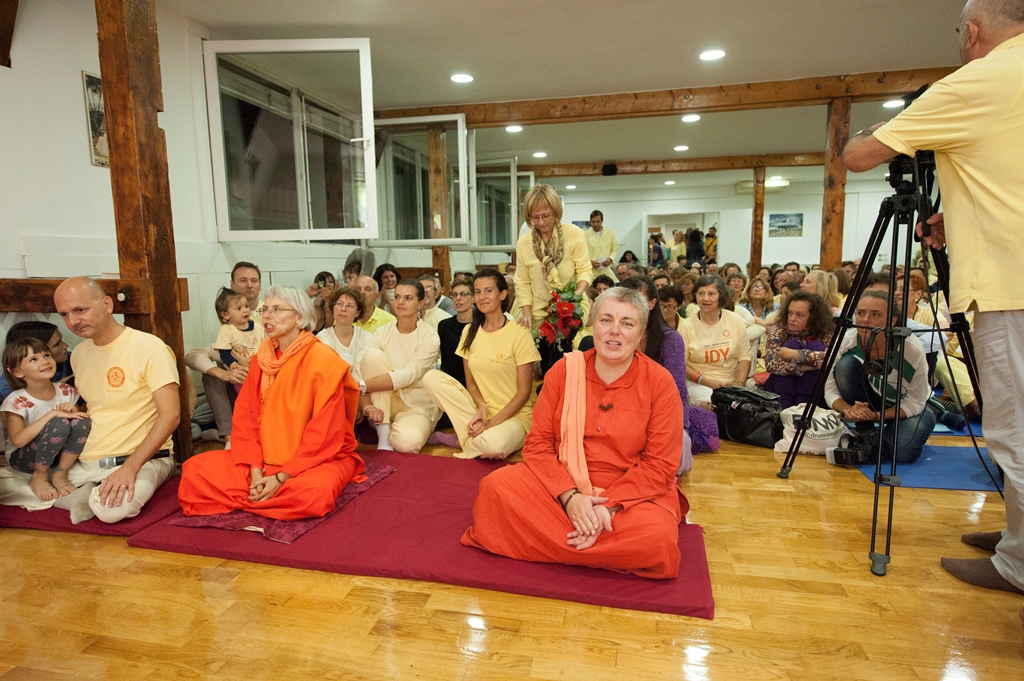 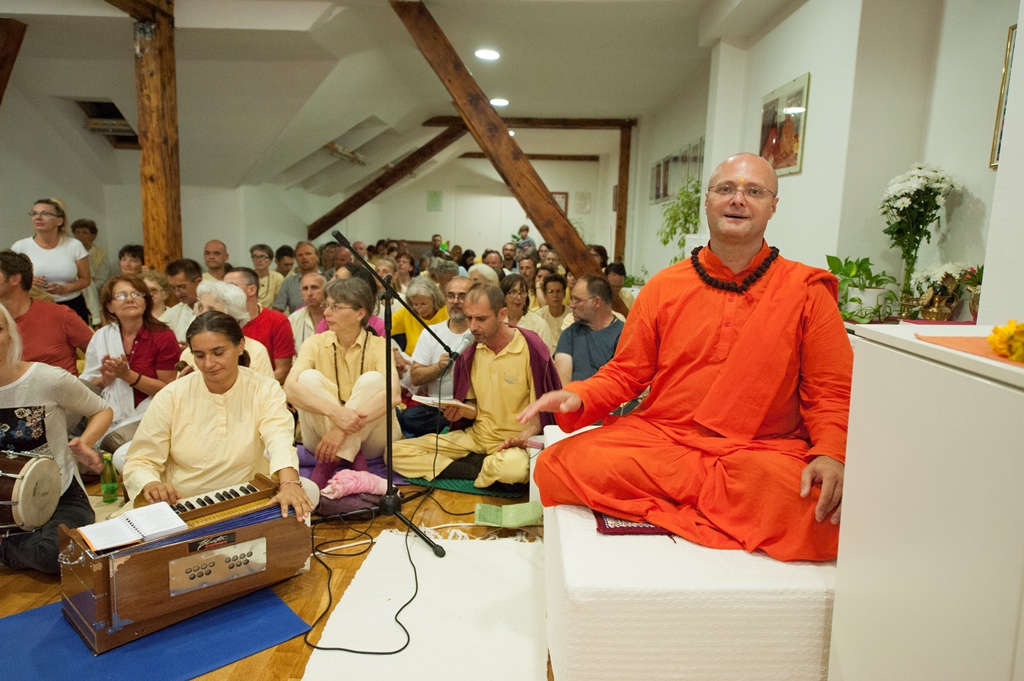 The visit to Zagreb concluded with a celebration of the International Day of Peace at the World Peace Tree planted on the occasion of the World Peace Summit that was held in Zagreb in 2005. The tree was planted ten years ago by Vishwaguruji himself, in the Vjekoslav Mayer Park, and when dedicating the tree with a peace prayer, Vishwaguruji began with the words: “There can't be peace in the world until the human starts to see himself in every creature on the Earth.” 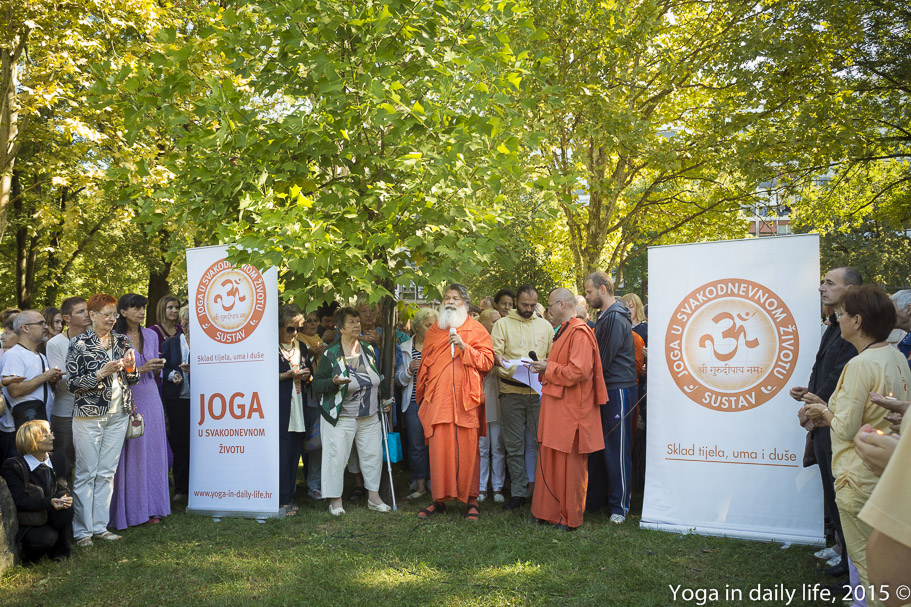 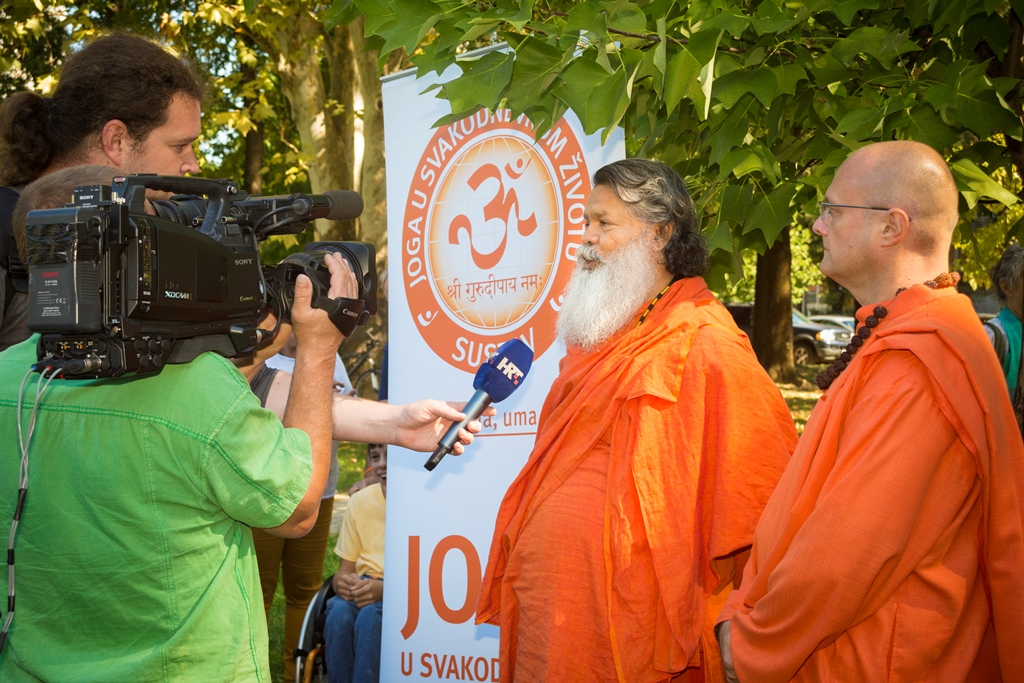 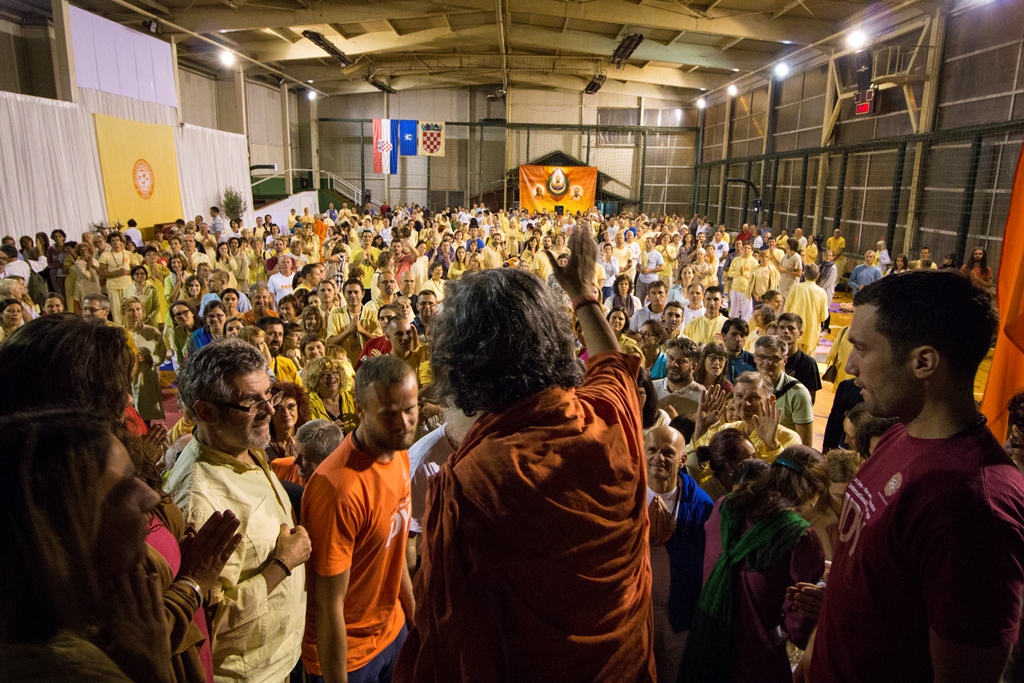