Swamiji awarded with "Danica Order of Croatia" by president Mesic

The President of Croatia, His Excellency Stjepan Mesic, has received a visit from Prof. Paramhans Swami Maheshwarananda and on this occasion has given him the decorative award of Danica Order of Croatia, with the image of Katarina Zrinska. This award is in recognition of Prof. Maheshwarananda’s lasting achievements in developing ecological awareness, peace and tolerance between cultures, nations and religions of the world.

Prof. Maheshwarananda has consistently supported the work of President Mesic in his efforts to establish peace, understanding and tolerance among the people of Croatia and the surrounding region. 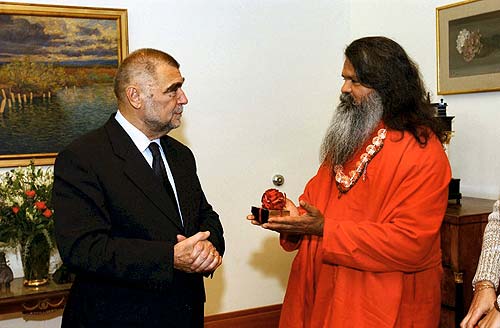 President Mesic expressed ongoing support for the maintenance of prayers for World Peace. 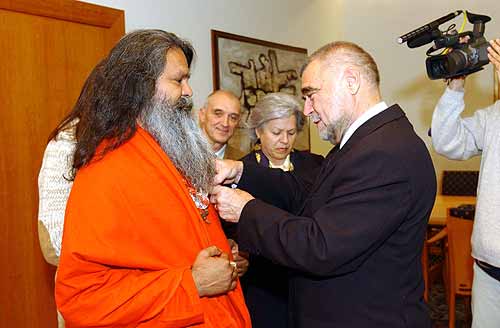 President Mesic has been invited by Prof. Maheshwarananda to be  his honoured guest in his Multicultural Center of Research and Education in Rajasthan, during the President’s next visit to India.