The highly anticipated visit of HH Vishwaguru Mahamandaleshwar Paramhans Swami Maheshwarananda to Vancouver began on May 11. 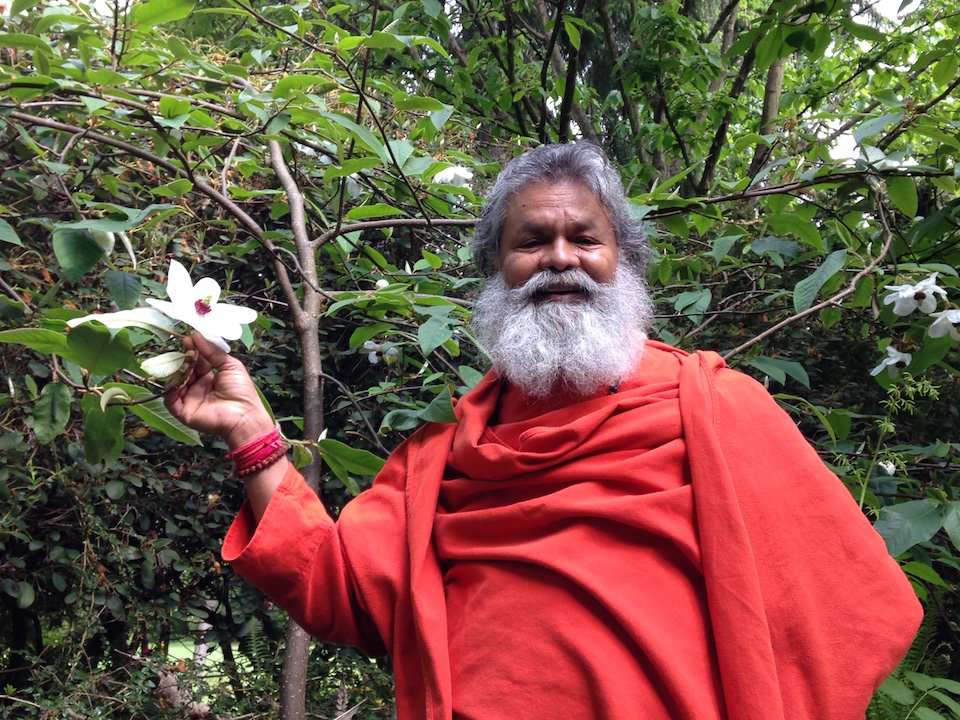 The highly anticipated visit of HH Vishwaguru Mahamandaleshwar Paramhans Swami Maheshwarananda to Vancouver began on May 11. The program during this week-long visit was titled - Yoga: A Way to Social and Spiritual Health. Vishwaguruji gave a series of lectures on the chakras, focusing mostly on the first two - Muladhara and Svadhisthana. Especially well received were the guided meditations on those two chakras.

Vishwaguruji also visited the homes of bhaktas in Vancouver. On one such occasion he gave a satsang on the meaning and importance of the blessing that is received when a holy person visits the home. Traditionally during the construction, but also anytime after, a holy person, friends and family are invited to bless the home and are offered a bhandara - a special meal prepared and donated for that purpose.

Every morning during the visit, followed by a group of bhaktas and children, Vishwaguriji took a walk in beautiful Stanley Park. This year's visit occured during the blossoming season of Spring, so everyone enjoyed watching the colorful trees and many newborn wild animals. And the group also joined Vishwaguruji in paying a visit to the World Peace Tree, planted in Vancouver in 2011.

After the visit to Vancouver ended, Vishwaguruji traveled to San Francisco - the next stop on his 2015 North American Tour. 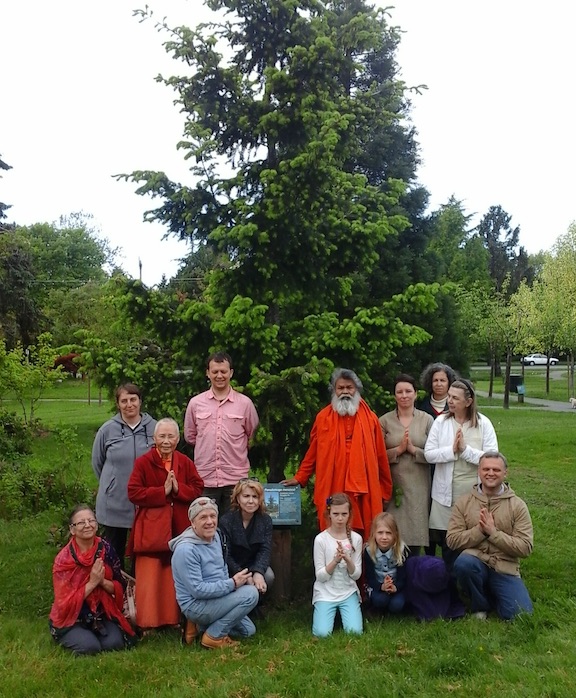 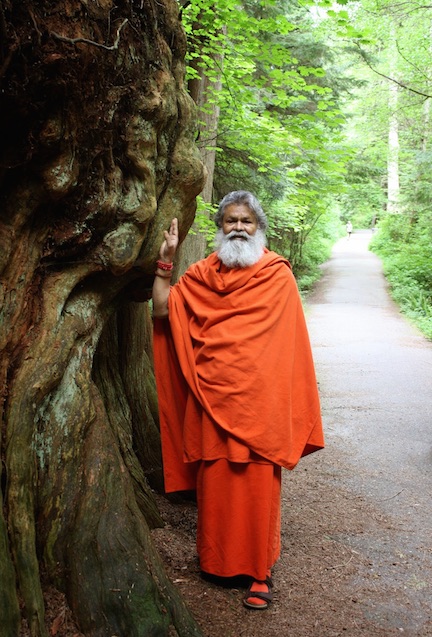