Weekend Seminar in the Slovakian Mountains

This auspicious event was organised in Martin, Slovakia on the weekend of 7-9 November. His Holiness Abunathswami Maheshwarananda Puriji showered the wisdom of yoga onto the participants. Decades ago, His Holiness paid his first visit to Martin when he came to Czechoslovakia for first time. Since that time, thousands of participants have found the Yoga in Daily Life system and experienced its uplifting effects. 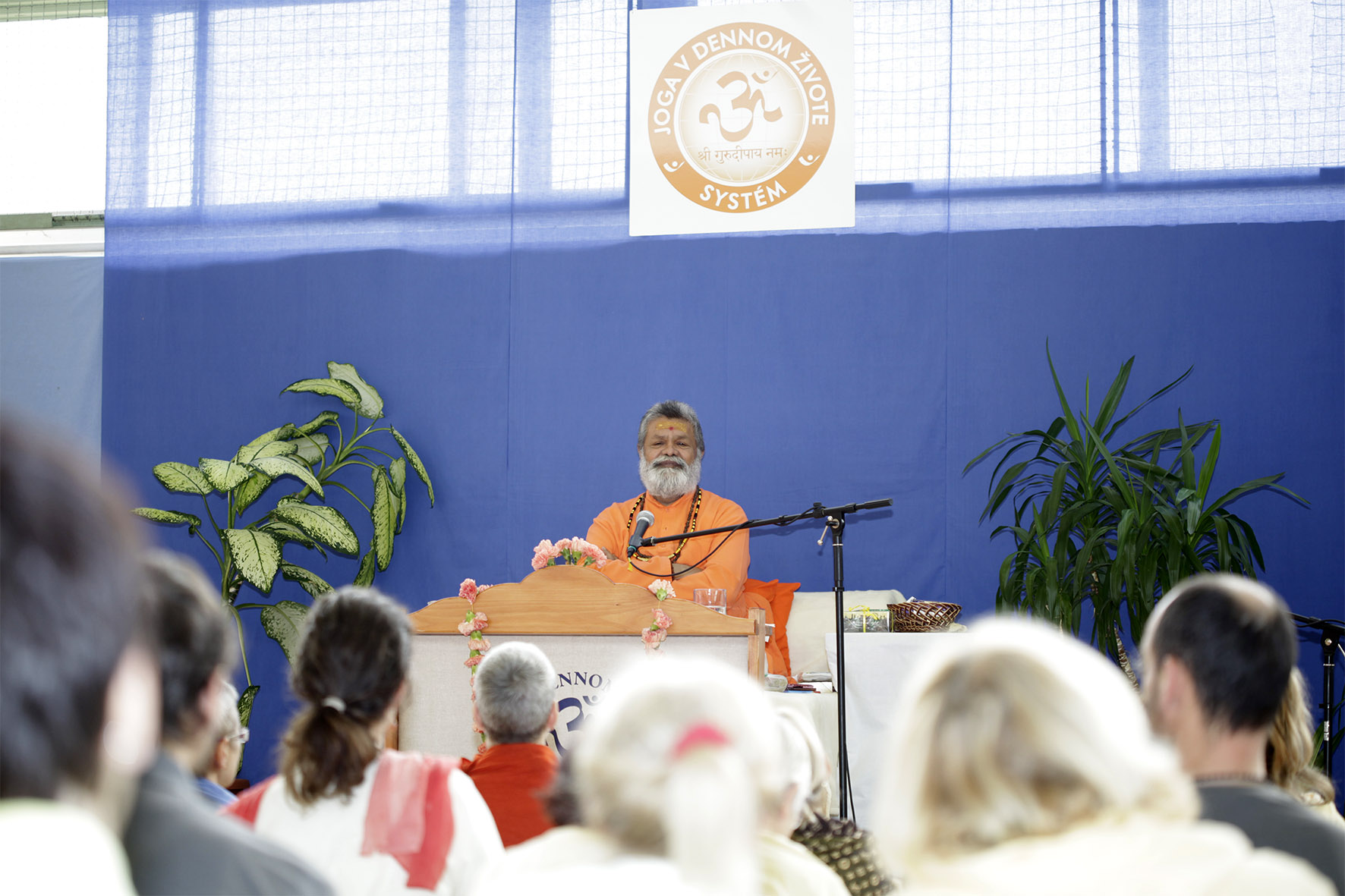 A central theme of Swamiji’s talk was about ambitions. He said that these can be an obstacle on the spiritual path, but that nevertheless we should deal with ambitions and not suppress them. He reminded us that, like ambitions, negative thoughts are also our children, our own creation; that’s why it is we ourselves who should resolve them. 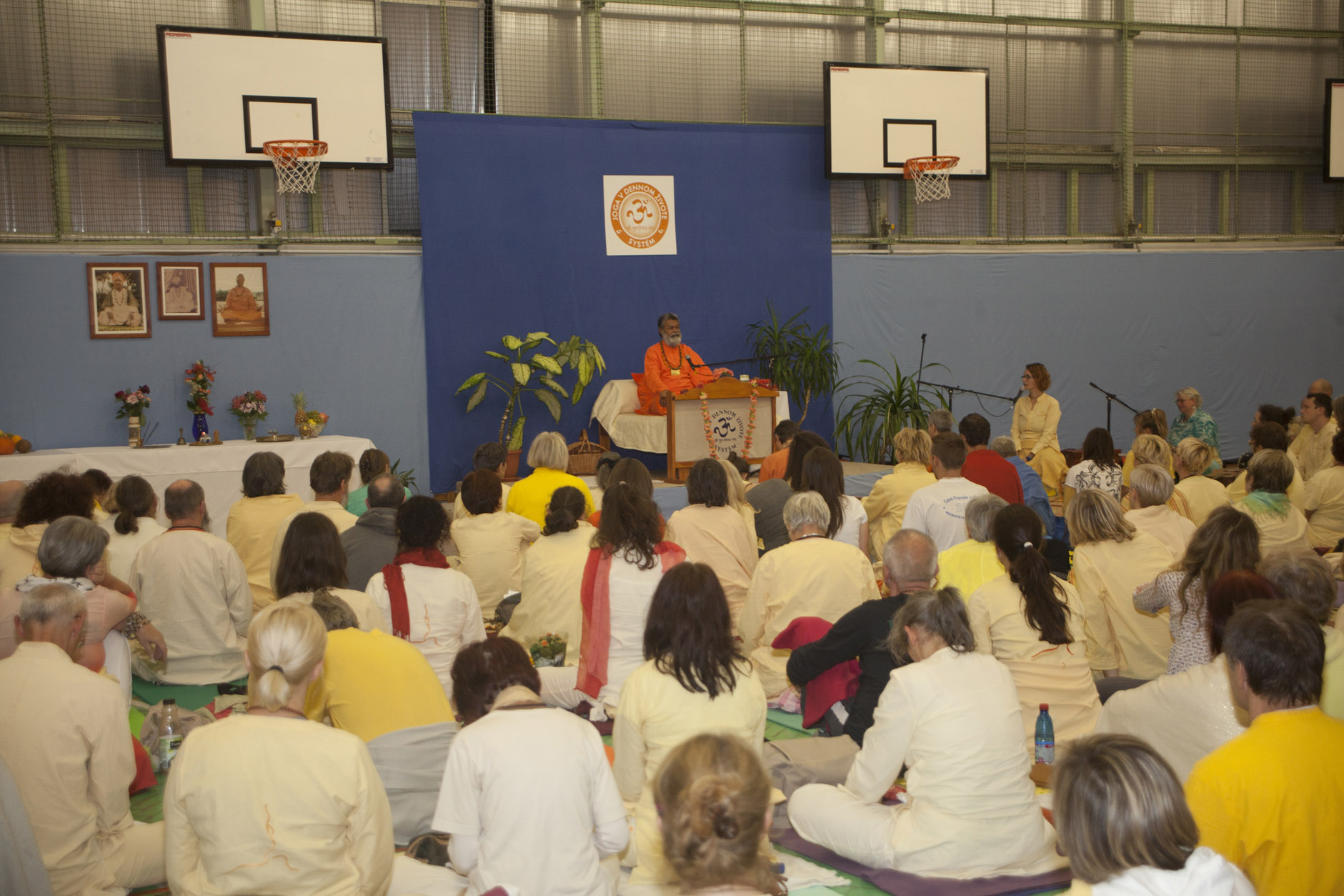 When a positive ambition gains fulfilment that is called ‘success’. The greatest success is spiritual success – when we fully experience the unity between knowledge, knower and the object of knowledge.

His Holiness introduced an acronym for the letters of the word GOD. In the tradition of Hinduism and yoga, known as Sanatan Dharma, God is symbolised by the divine trinity of Brahma, Vishnu and Shiva, with each aspect having different ‘duties’:

G for generator – the duty of Brahma

O for organiser – the duty of Vishnu

D for dissolver – the duty of Shiva 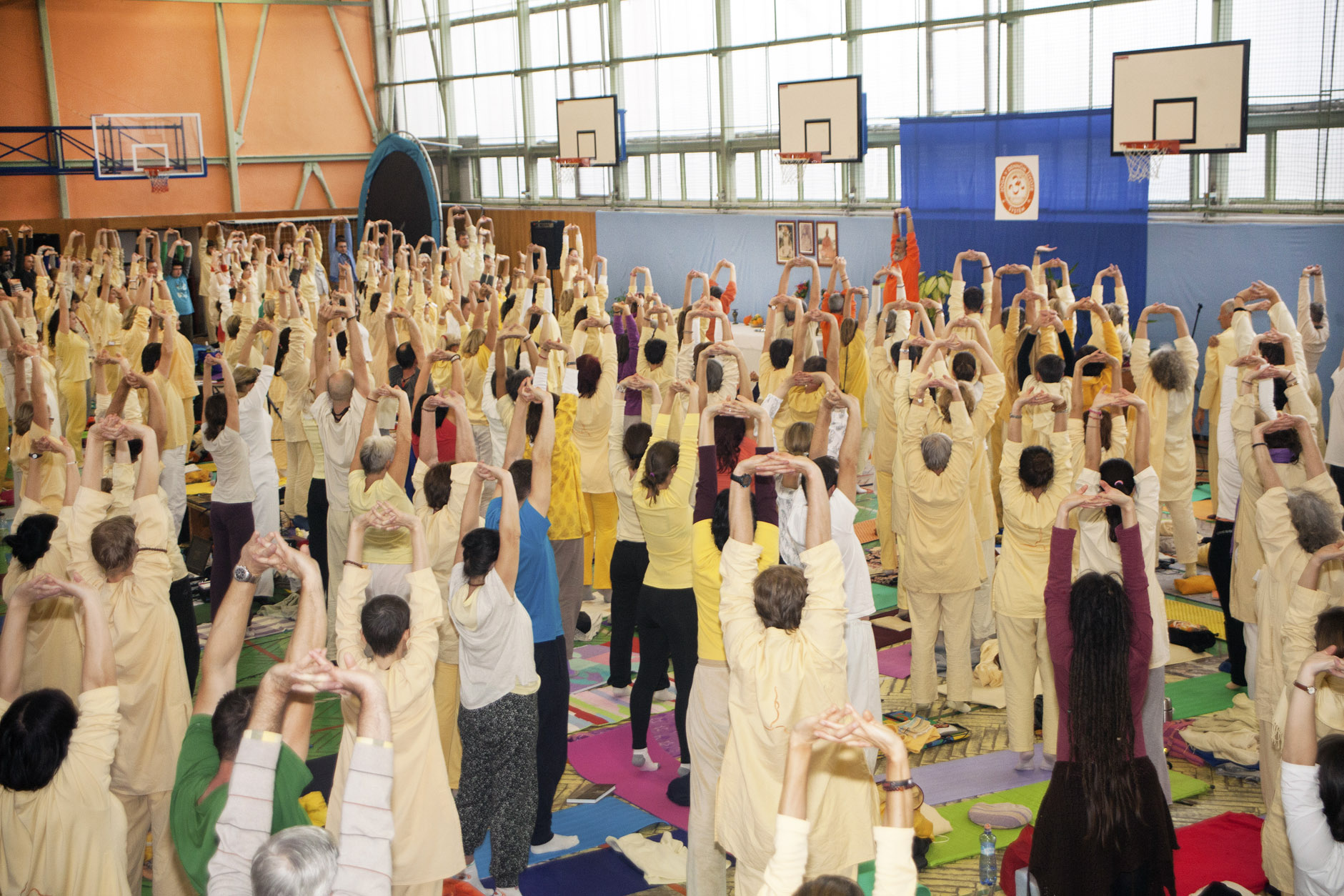 Swamiji also shared that international support has been given to a new event proposed to the United Nations in recognition of the universal popularity and effectiveness of yoga – an International Day of Yoga, to be held on 21 June each year. In 2015 His Holiness Swamiji will initiate a conference on this day, remembering yoga as the ancient wisdom given to us by Indian rishis and yogis. 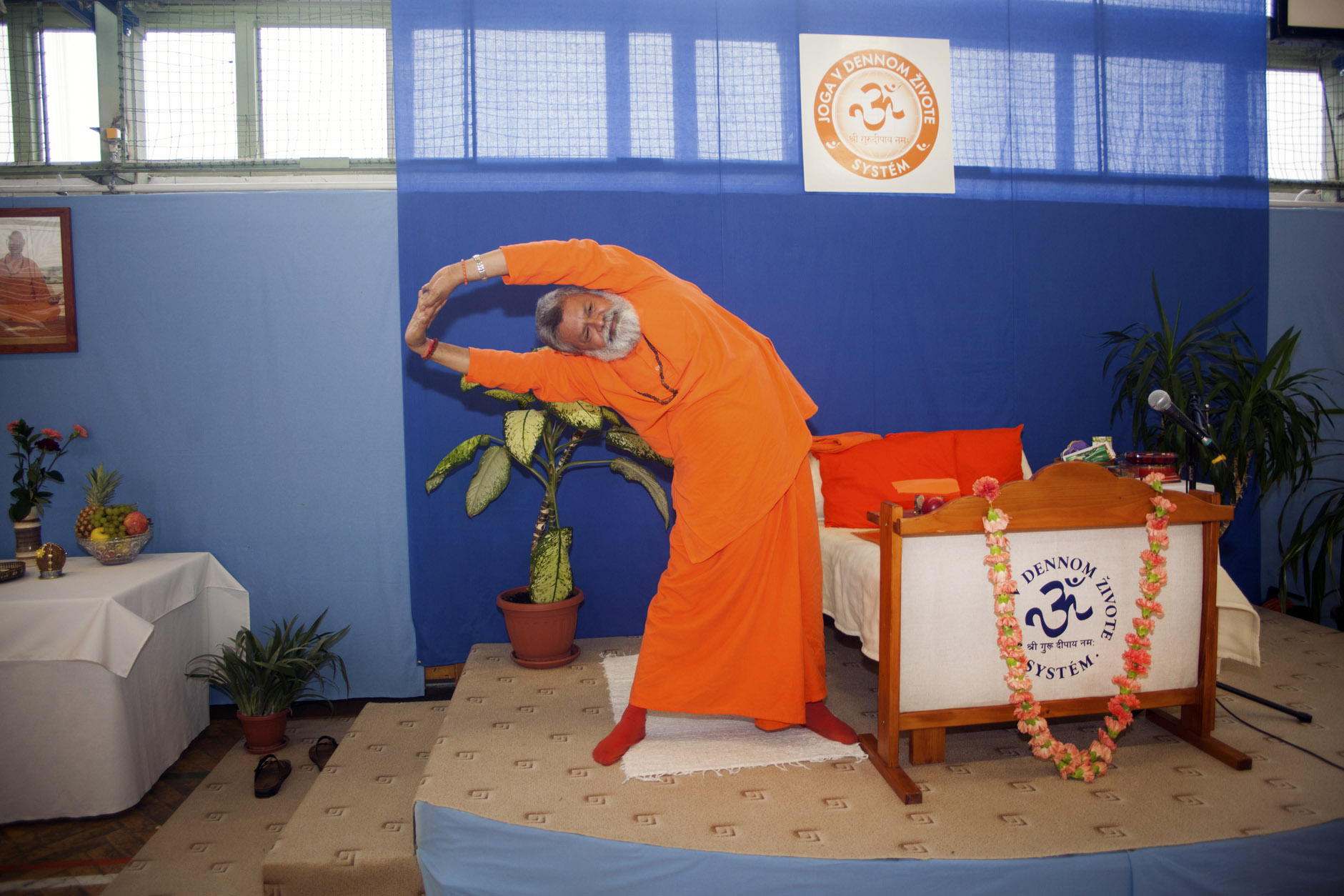 On the Saturday morning of the weekend seminar, yoga sadhana (practice) was led by His Holiness Swamiji. The powerful effects of simple asanas could be experienced by participants after the practice, in their newly awakened and strengthened muscles. 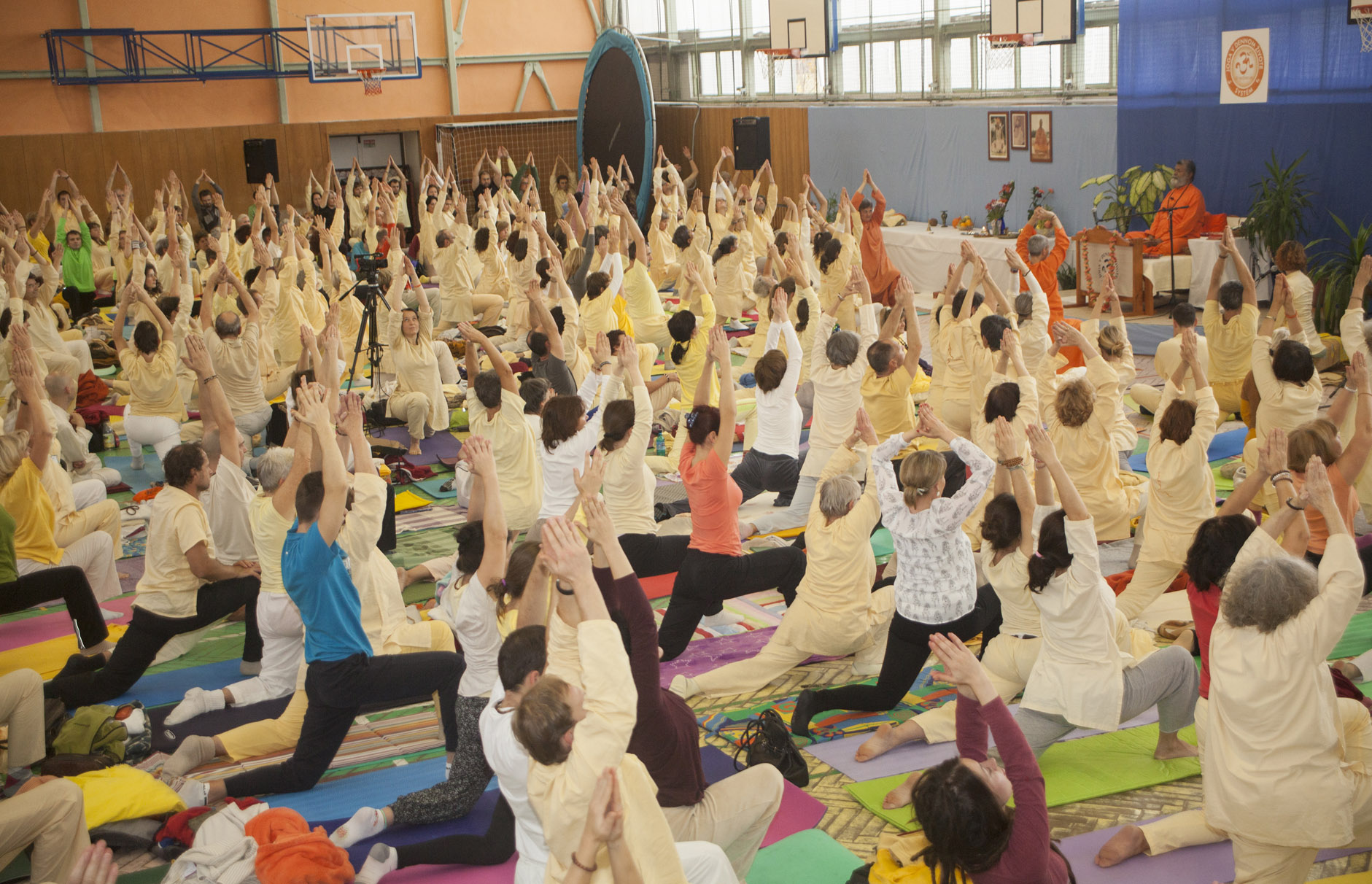