On 26th October 2014, in the Jaipur Lakshmi Vilas Hotel, the Om Sri Alakhpuriji Siddhapeetha Parampara Trust organised an event to congratulate and promote the work of this year's Bharat Gaurav awardees. 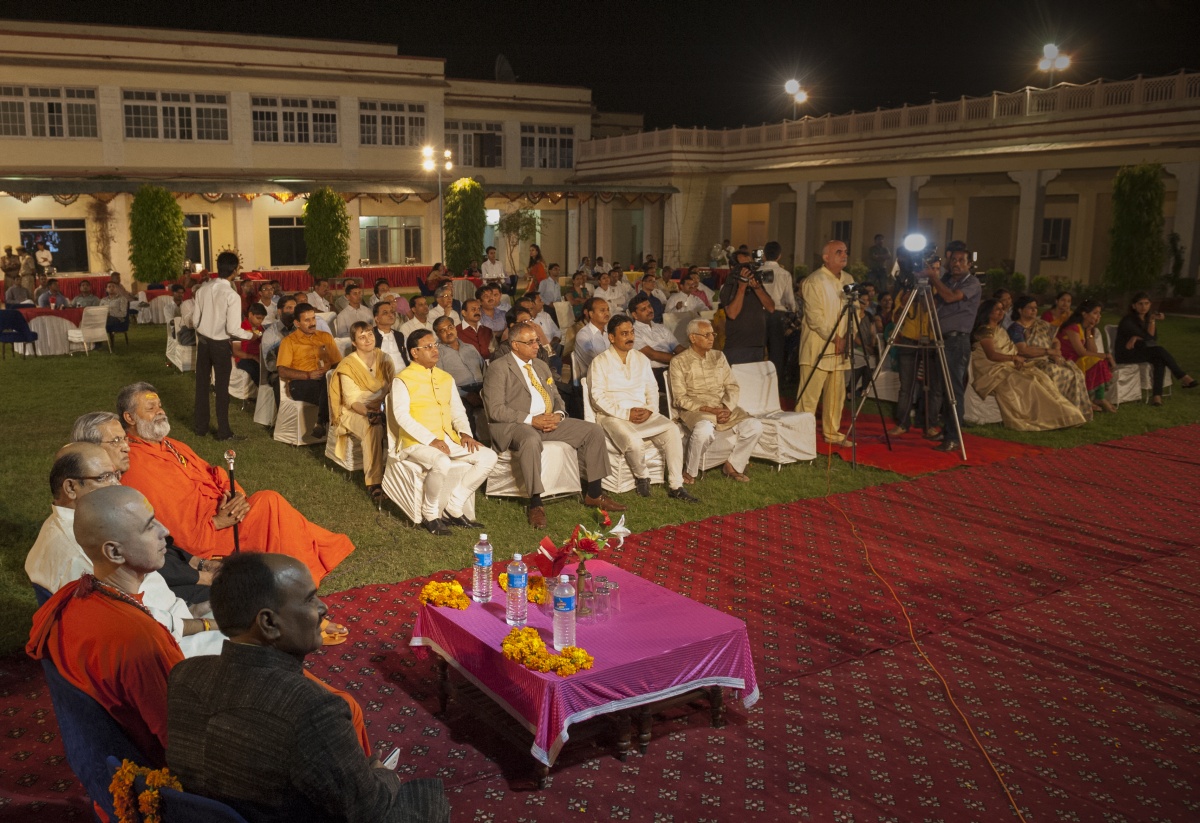 The Bharat Gaurav Life Achievement Award is an award that is given to distinguished Indians for their work in the social field in India and around the world. This year the awards were given on 23 July 2014 in the British Houses of Parliament, London. Our gurudev Vishwaguru Paramhans Swami Maheshwarananda ji was among the awardees. 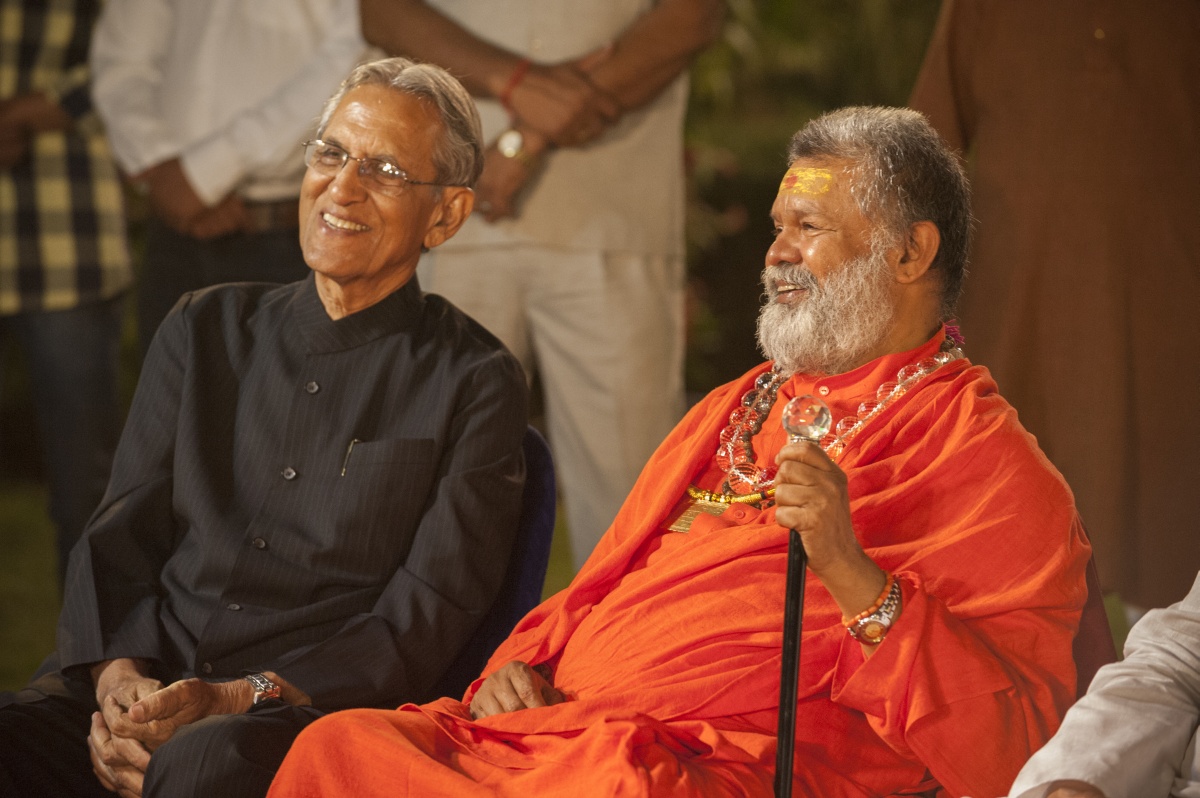 As the awards this year were presented in Europe, many family members and people in India were not able attend the award ceremony; therefore, in collaboration with the Sanskrit Yuva Sanstan, the Om Sri Alakhpuriji Siddhapeetha Parampara Trust organised an evening programme in Jaipur, Rajasthan, where those awardees who were present were introduced, congratulated and garlanded. 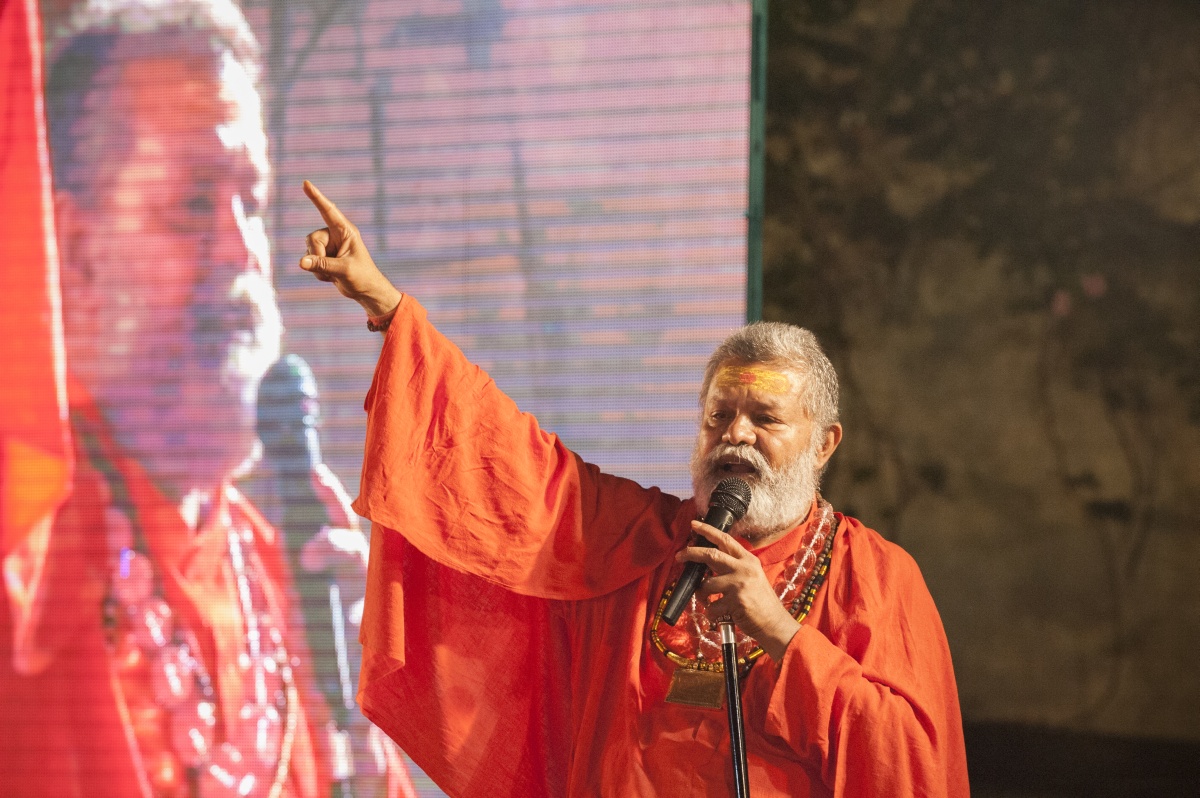 A highlight of the programme was the speech of H.H. Swamiji cautioning about the loss of the Vedic culture in India and increased westernisation. More than 300 hundred people attended the celebratory event.