On the blessed day and under the auspicious constellation of Ganesh Chaturthi, the weekend seminar in Villach began, with HH Abunathswami Maheshwaranandaji.

For three days bhaktas from all over Europe enjoyed Swamiji’s darshan and satsangs in the beautiful and divine atmosphere of  Villach Ashram. 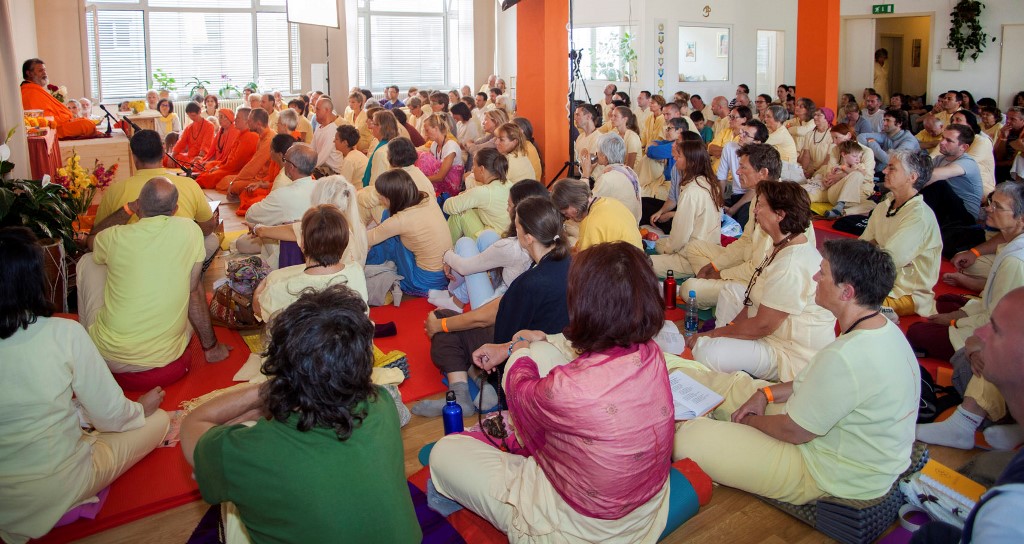 Friday was dedicated to the celebration of Ganesh Chaturthi, the birthday of Sri Ganeshji, who is, as Abunathswamiji said, “the principle of the protector, Lord of all elements, and remover of all obstacles, which is residing in all of us, waiting to be awakened”. 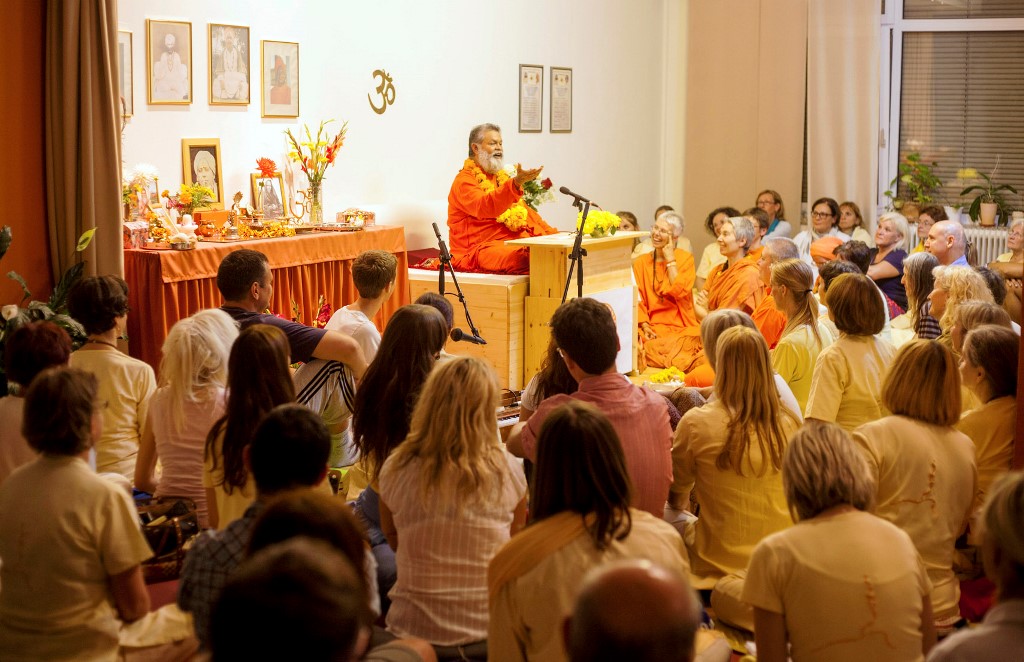 While sitting in the Ashram garden, Swamiji also gave a lecture about Prana, explaining the connection between Prana, Jiva, Atma and Paramatma; as well as the ten Indriyas (senses), mind, intellect and consciousness. 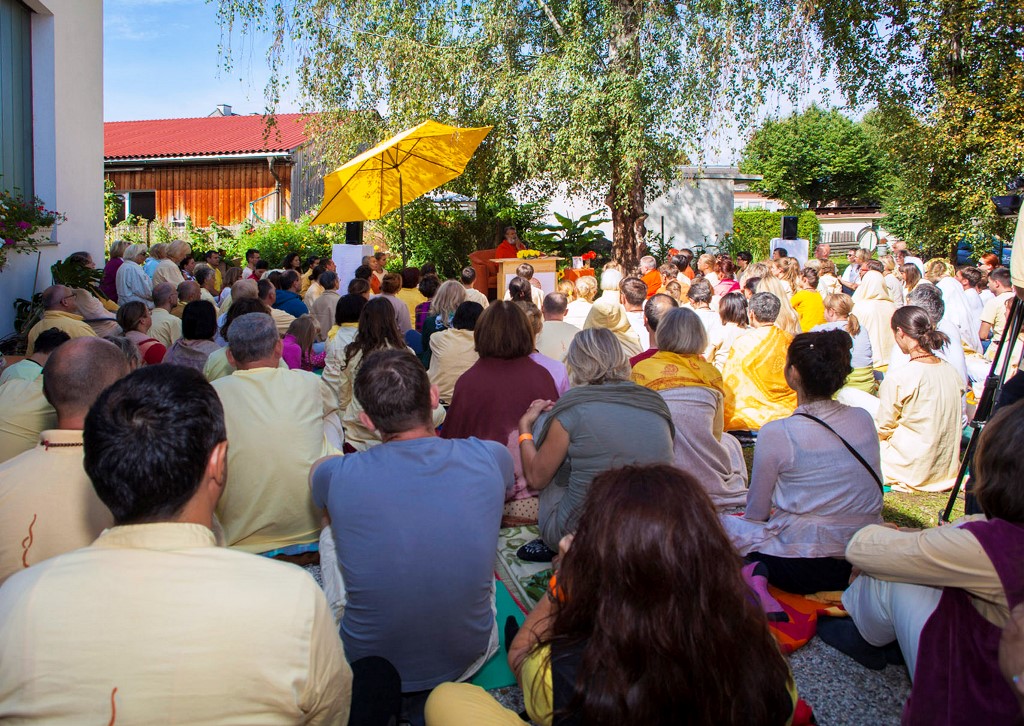 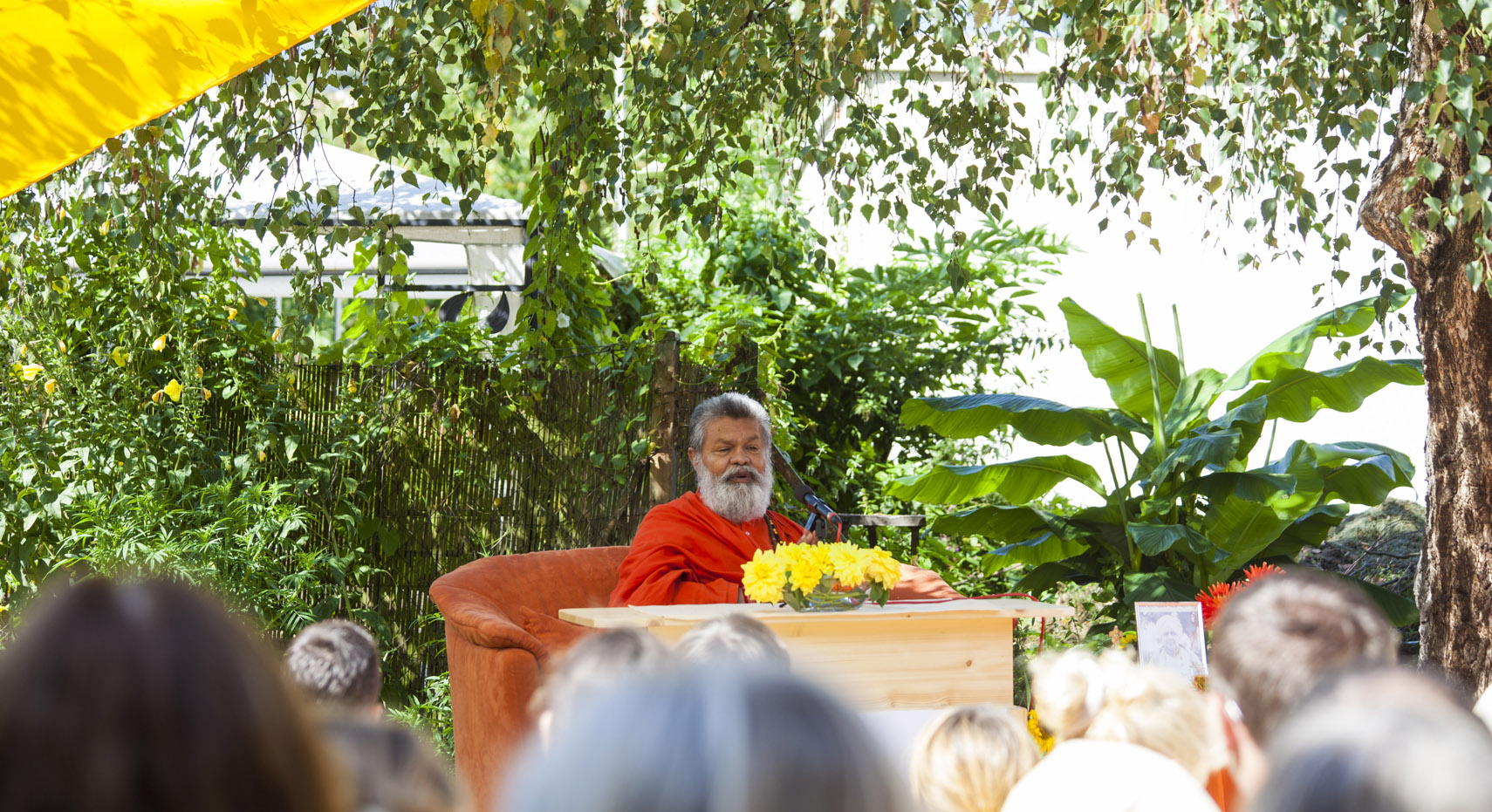 Holy Guruji Hindu Dharmsamrat Paramhans Sri Swami Madhavanandaji's birthday, which according to the Vedic lunar calendar was a few days before seminar, was the opportunity to remember the eternal relationship between Guru and disciple. Remembering our beloved Holy Guruji and light of his existence on this Earth with HH Swamiji, and also Swami Premanandji, who was in Guruji's seva for many years, were special pearls and a treat of the seminar. 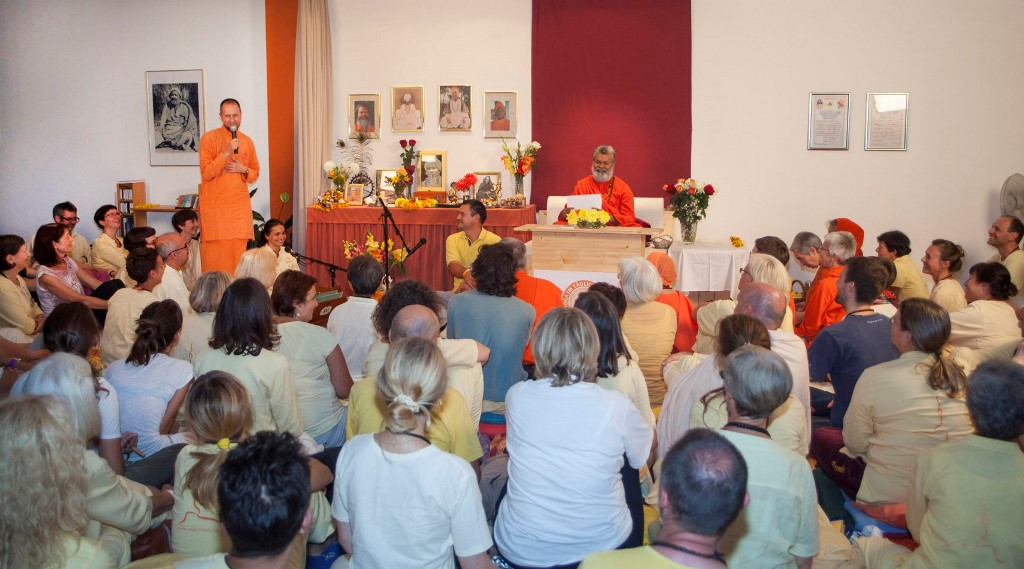