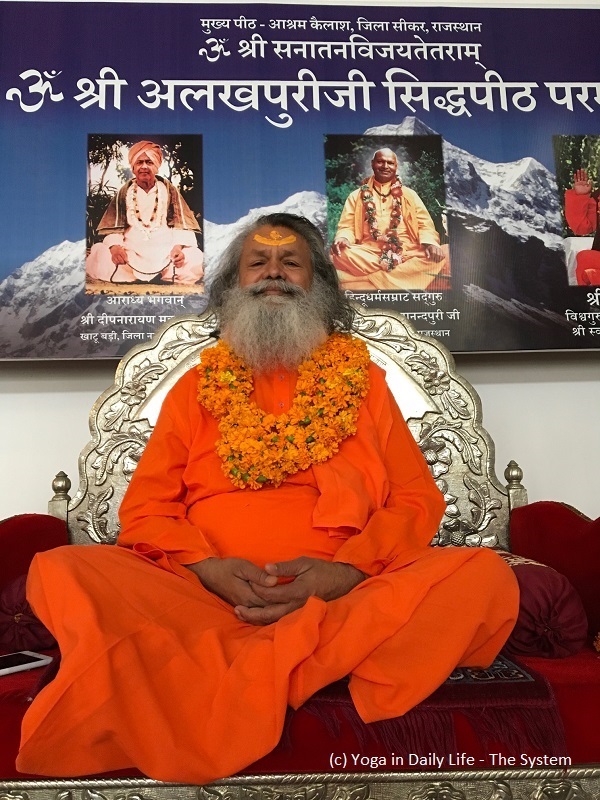 First was sound – nada rupa parabrahma – the resonance in the whole Universe, nothing else. And that sound is still here, that sound is connected with the Sun. Now scientists realise that om ucharan is the resonance of the Sun, you can see their research on the internet.

If you want to know what Parabrahma is, it is only resonance, nothing else. And in the end, we will all dissolve in it; all our five elements will dissolve in the resonance. Resonance has no form, but it is penetrating through and through. It goes, but we can’t see it, we can’t hold it. Swayambhu Shiva was the first. Who said, "Eko'ham bahu syam" (I am one and now I will multiply into the many)? It was Bhagavan Shiva.

So, first was resonance, and that is called yoga. Yoga begins there. I am so sorry for whoever is declaring that yoga is only 5,000 to 7,000 years old. Yogeshwar Shiva gave yoga to Krishna.

Nada rupa – is sound in the space, or space in the sound? Between consciousness and space there are principles that are harmonizing, balancing and holding them together as one. These three are called Yoga. So, sound, consciousness and balance – these are the three. That is Yoga, and that comes from Shiva.

First is the light. You can hear the sound of the Sun (it is recorded) and that sound of the Sun is OM – A U M (Akar, Ukar, Makar). That resonance is the light – jyoti. From this light comes the sound and then we are coming as the five elements – pancha tattvas. That is yoga and we are declaring that yoga is 5,000 to 7,000 years old! Anyhow, understanding Yoga is very difficult – it is oneness within thyself.